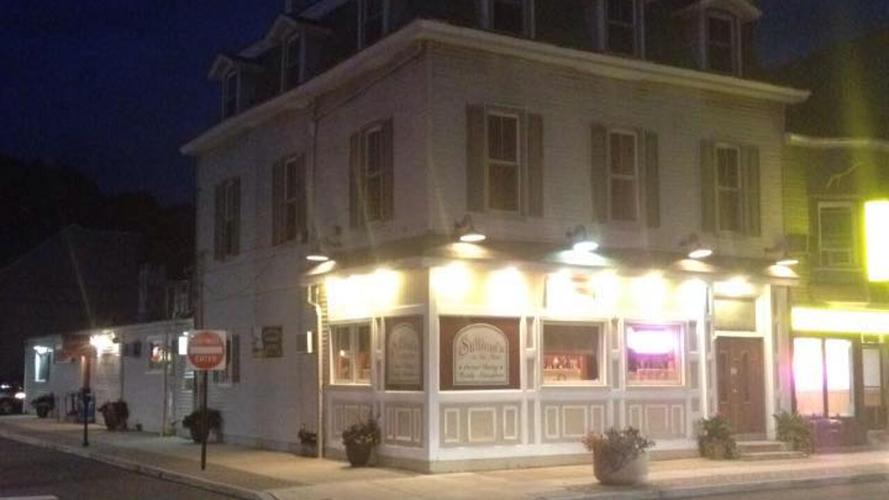 From new apartments being approved to restaurants reopening and ready to serve, here's your weekly look at what's happening with businesses in your neighborhood.

The Bethlehem Historic Conservation Commission granted a "COA" or certificate of appropriateness to Rocco Ayvazov's plan for a six-story building with apartments and retail space in South Bethlehem.

Ayvazov's Monocacy Development will demolish an existing structure and put up a new building with 55 apartments and retail space on the first floor. The plan has no on-site parking. Read the full story.

The new center will take the place of the Banana Factory, which was named for its former use as a banana warehouse. The planned 73,485-square-foot building will face West Third Street. It will connect to another one-story building facing Northampton Street, a small road between Second and Third streets.

The expected price is $22.1 million. Six buildings will be demolished to make way for the new center.

Bethlehem's historic conservation commission is an appointed advisory board. City Council makes final building decisions. Get all the details.

The gangster-themed restaurant held a ribbon-cutting with the Greater Lehigh Valley Chamber of Commerce on Thursday. The speakeasy-style bar and restaurant serves pizza, burgers and sandwiches. Owner Antonio Mannino, who formerly ran Italiano Delite, decided to convert his restaurant into a 1920s-era theme bar.

Mannino, a native of Sicily, was inspired to create the gangster-style bar and restaurant while watching an episode of the TV show, "Bar Rescue."

An attraction that started in downtown Easton may go global. Crayola said it has reached a licensing agreement for at least five more Crayola Experience venues over the next five years. Those will be within the U.S., but global expansion is a possibility, the company said in a statement.

The first Crayola Experience opened in Easton. Since then, Crayola has expanded to Orlando, Florida; Plano, Texas; Mall of American in Minnesota, and Chandler, Arizona. Hallmark Cards owns Crayola, which used to be known as Binney & Smith. Find out more.

A marijuana dispensary has taken the place of the old Chess N Checkers bar on Airport Road. Curaleaf operates 137 dispensaries, including 18 in Pennsylvania.

The Airport Road dispensary is only for patients with Pennsylvania medical-marijuana cards. Brands of cannabis available include Grassroots, Select and the company's namesake line. Read more.

The new downtown Allentown cafe held a grand opening Tuesday in conjunction with the Greater Lehigh Valley Chamber of Commerce. Owner Carlos Marrero named the new restaurant in honor of his sister Ruby, who died in 2017 after a hit-and-run accident.

Marrero has extensive experience in the food industry and opening his own place as been a dream for more than 20 years.

Ms. Velvet's Cafe is open Monday through Saturday from 7 a.m. to 1 p.m. Get the full story.

Pressed Bouquet recently held a ribbon-cutting with the Greater Lehigh Valley Chamber of Commerce. The business has specialists who preserve flowers from special occasions such as weddings. Options include pressed floral-resin coasters, a pressed-flower serving tray, framed flowers and more.

The township's board of commissioners has now approved the subdivision plan twice. The board voted again Monday because of a surveying error in an earlier plan for 80 homes on 29 acres on Farmersville Road.

River Hills is a Kay Builders plan for 44 single-family dwellings and 36 multi-family units on 29 acres near Shannon Avenue. Read more.

Bethlehem City Council delayed a decision on a COA, or "certificate of appropriateness," for the apartment complex proposed by developer Dennis Benner, his developer sons Garrett and Brandon, and Musikfest founder Jeffrey Parks. Their plan is for 40 apartments in a five-story building overlooking Monocacy Creek and the city's Moravian industrial quarter.

Concerns about whether the project could jeopardize Bethlehem's earnings a spot as a UNESCO World Heritage Site, recognizing the Moravian site, have been raised. Earlier, the city planning commission said its responsibility to review Skyline West did not include consideration of World Heritage status.

Council will review the COA again Oct. 4. Skyline West, southwest of the Broad Street Bridge, has been under review in one form or other since at least 2018. Get the full story.

The Pocono Chamber of Commerce held a ribbon-cutting for Ideal Property Management on Thursday. Ideal is a manager of vacation rental properties.

The bank branch will close Dec. 2 as KeyBank and other companies move toward Internet finance. Accounts at the Palmerton branch will be transferred to other KeyBank locations. KeyBank is a subsidiary of KeyCorp, a Cleveland-based company. Read more.

Another bank branch will close, this one on Dec. 2, with accounts being transferred to other KeyBank locations. KeyBank said branches remain important to its business, but the bricks-and-mortar network is being "optimized" as many customers prefer digital banking. KeyBank has about 1,000 branches and 1,300 ATMs.

The Quakertown-area theater has closed after its parent company, Cineworld, filed for bankruptcy. The company cited the disruption of the COVID-19 pandemic for a decline in attendance.

In 2020, Cineworld temporarily closed all theaters because of financial losses from the pandemic. Get all the details.

The gourmet kitchen for dogs will hold a ribbon-cutting Friday, Oct. 14 from noon to 1 p.m., in conjunction with the Upper Bucks County Chamber of Commerce. Founded by brothers Kolby and Kaleb Rush, St. Rocco's offers treats baked fresh weekly, fresh-frozen dog food and more. To attend, register via the chamber's website.

Warren County lost two Route 22 diners on the same day. One has been a landmark along the highway for years, and the other was just about to open.

Catch 22 burned first. The diner, not yet fully open, caught fire early that morning. The owner said the fire started in a neon sign.

Later that day, the Key City Diner caught fire. That restaurant has been operated by the same family for 22 years.

Owners at both diners say they plan to restore their businesses and reopen. Find out more.

After 22 years, the casual restaurant has been sold. COVID-19 shutdowns, then owner Mack Sullivan's own case of long COVID led to closing.

What will take the place of the restaurant was not posted on Sullivan's website.

"We will miss your great food and good service," a customer wrote on Facebook. Check the restaurant's social-media posts for information on redeeming certificates. Read more.

If you know of local business openings or closings, please notify us here.

- The Trexlertown Chick-Fil-A plans to add a second drive-thru lane as part of a plan to reduce traffic congestion.

- The Harrisburg-based Mid Penn bank has opened its first full-service branch in the Lehigh Valley in South Whitehall.

- The Allentown Planning Commission put off a decision on a new Popeyes Louisiana Kitchen at the site of the former Nostos Greek restaurant.

- The former Star Crete concrete plant at the intersection of Farmersville Road and Easton Avenue has been sold for $1.58 million, and that may clear the way for a medical office building.

- The local business SuperSets Gym will open its third location in Allentown's South Mall, with no opening date set yet.

- The jewelry boutique Versant will close later this year, but the business will be consolidated at Gary Werkheiser's other location in Saucon Valley Square.

- The DSW Woodmill Commons has moved to Berkshire West, 1101 Woodland Road in Wyomissing.

- Trainer Michael Melendez has opened his new Reading Extreme Boxing Club where PacSun used to operate in the Berkshire Mall.

- PDC Machines, a maker of hydrogen compressors, showed off a new plant in Lower Salford.

- Norwescap is buying the former Sullivan's on the Main restaurant in Phillipsburg to renovate the building and then use it for programs to help educate and feed people.