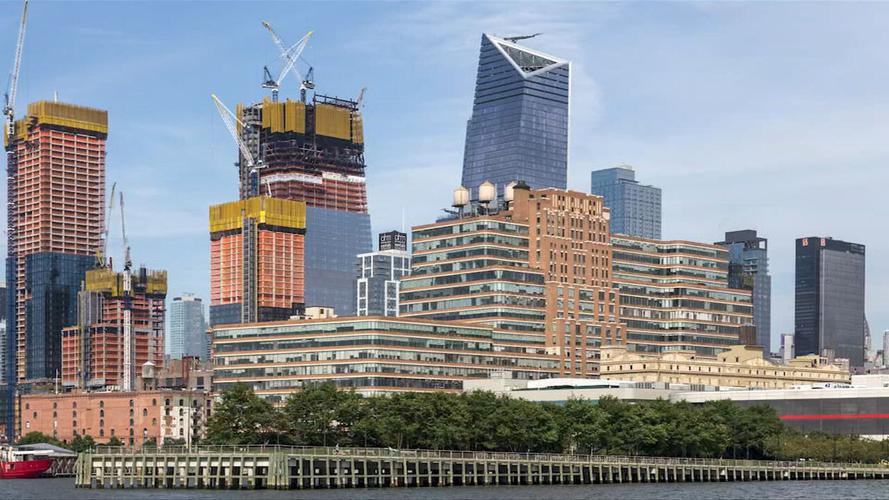 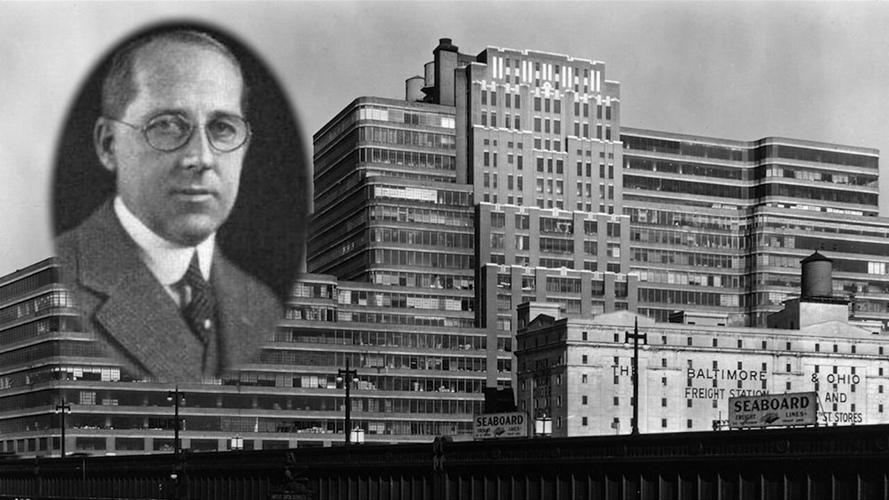 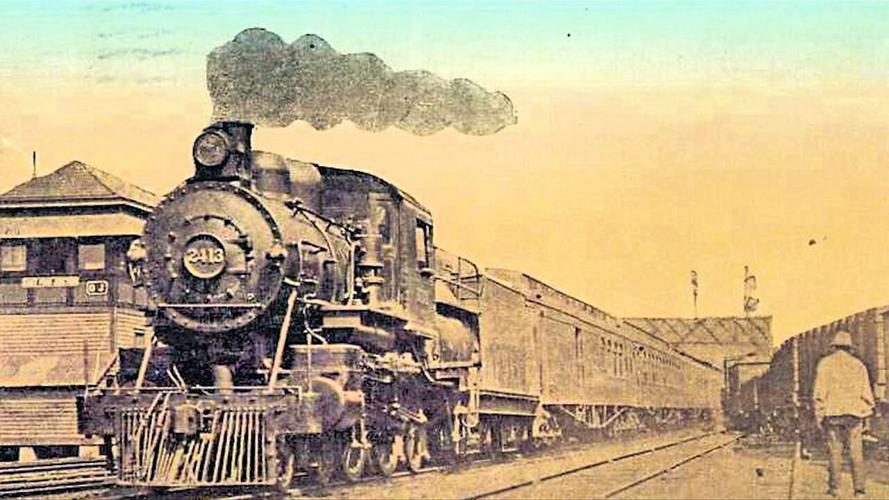 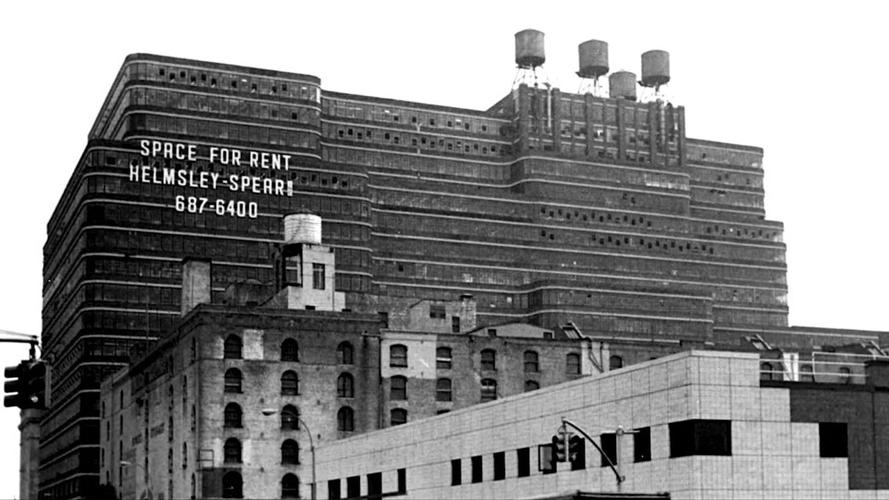 The summer of 1929 was a sweltering one across America. But that hadn’t slowed down the bustling, booming city of New York. That August, sitting in her unairconditioned hotel room with the window open, stage actress Althea Heinly of Allentown was trying desperately to write a letter to Joe Hart, a prominent local figure in the theater and one of her mentors in her early career. Should she accept a recent offer to come to Hollywood and be in “pictures,” or should she stay on the Broadway stage which she loved? In the letter, now in the Lehigh County Historical Society’s archives, Heinly notes in passing that the noise from all the rivet guns from the skyscrapers under construction just outside her window makes it difficult to concentrate. Heinly had no way of knowing then but roughly two months later the racket of the rivet guns would abruptly cease.

The speculative bull market bubble of the 1920s would burst into the Depression scarred-1930s. New York would still see landmark buildings in that decade, perhaps most notably the Empire State building and the towers that make up Rockefeller Center (supposedly causing comedian Eddie Cantor to quip, “who else has any money left?”) but they would not be the only ones.

Another building, a unique combination of commercial and modern design known as the International Style also emerged at the start of the 30s. It was called the Starrett-Lehigh building. The Starrett was William A. Starrett (1877-1932), financier and builder. The Lehigh was the Lehigh Valley Railroad.

Founded in the 1850s by Asa Packer and Robert Sayre and taken over in the early 20th century by the mega-investment banker J.P. Morgan, the Lehigh Valley Railroad undertook the creation of a ground-breaking structure designed to easily distribute the railroad’s freight from boxcars to waiting trucks to take them all over the city.

Scared by the Great Depression, eventually the railroad found it necessary to sell the Starrett-Lehigh. Today it is currently taking on a new life as a part of the city’s upscale thriving Chelsea neighborhood. “It’s morphing,” the New York Times noted recently, “into a ‘vertical campus,’ with recreational offerings.”

In the first half of the 20th century, Manhattan was still home to many industries. Some large, others small, they all needed to get what they needed by rail. Alas there was no railroad line for freight under the Hudson. Large barges were used to carry the freight across the river. Once there they would be unloaded to a variety of vehicles and taken to wherever they needed to go in the city. By 1900 this system was requiring a large new freight yard at 27th Street at the foot of the Lehigh Valley Railroad’s pier. This worked well for a time but by the late 1920s it was being overwhelmed by the demands of contractors and others to get what they needed faster. And the increased use of motor truck traffic added stress to the problem. To help them undertake the type of building they would need, the Lehigh Valley Railroad contacted Starrett to form a joint venture.

Starrett was born in 1877 in Lawrence, Kansas, the son of a minister. His career took off rapidly and he is credited with building over 200 tall buildings, among them the Woolworth building, which for a time was the tallest building in the world, in 1913. During World War I Starrett supervised all of the U.S. government’s construction. Following the earthquake that devastated Tokyo in 1923 he helped build stronger steel framed buildings in that city to resist if not prevent their destruction. By the early 1930s he was working on the construction of the Empire State Building.

The site of the Starrett-Lehigh building was at 601 West 26th between 11th and 12th Avenues and between 26th and 27th streets, the site of the Lehigh Valley Railroad’s previous freight terminal. It was designed by the firm of Cory & Cory architects with Yasuo Matsui as an associate architect and the firm of Purdy & Henderson as consulting and structural engineers.

Matsui also worked with Starrett on the Empire State Building project. Immigrating to the U.S. from his native Japan in 1902, he attended the University of California and MIT and eventually rose to the presidency of a major architectural firm, designing many New York skyscrapers. During World War II Matsui, apparently on the basis of his Japanese ethnicity and perhaps because he designed Japan’s pavilion at the 1939 World’s Fair, was arrested by the FBI. From December, 1941 to February, 1942 he was held at Ellis Island. Matsui was later paroled but had his travel curtailed. He had to report to the government every month and was barred from owning a camera. Later Matsui became a naturalized citizen.

Many things made the Starrett-Lehigh building unique. Most important was the way goods were delivered to industrial and warehouse tenants. Trains could be driven directly into the ground floor of the building. Freight cars were transferred on to special electric trucks which fit into huge 30-foot elevators. They were delivered straight to customers on upper floors. Regular motor trucks could use these elevators as well. Along with that, while the railroad kept most of the ground floor, Starrett built a 1.8 million square foot manufacturing and warehouse center above it.

It was an ingenious plan that was hailed at the time. Its design also drew the praise of cutting-edge, modern architects like a young man named Philip Johnson. The building's large setbacks, polygonal corners and alternating bands of steel strip windows, brickwork and concrete floorplates created a striking effect. Lewis Mumford (1895-1990), urban historian and visionary planner, praised Starrett-Lehigh’s design. In 1931 he wrote, ”the contrast between the long, continuous red-brick bands and the green-framed windows, with sapphire reflections or depths, is as sound a use of color as one can see about the city.”

Its uniqueness made it one of the few American structures not designed by a major architect cited in the 1932 “Modern Architecture:International Exhibition“ show at the Museum of Modern Art. This exhibit gave its name to the International Style of architecture.

But despite the praise it received, Starrett-Lehigh had the problems of the Great Depression to deal with. They began with the death of the 54-year-old William Starrett in 1932 after suffering a series of strokes in his Madison, New Jersey home. The Lehigh Valley Railroad bought the building outright but the following year its failure to find tenants cost them $300,000. The 1920s had been good to the railroad but they could not cover all the losses. Costs of construction being more than expected, changes necessary due to problems with the bedrock during construction and competition with cheaper rates from the new Port Authority building were all factors.

World War II saw a renewed interest in the building. The combustion division of the Todd Shipyards was located there, making large burners for U.S. Navy ships. But the increasing use of interstate truck shipping and the reduction of rail freight traffic made the ultra-modern marvel of the 1930s obsolete.

The Lehigh Valley Railroad dissociated itself from the building in 1944. The last railroad tracks were taken up in 1966. The railroad itself, taken over by Conrail, ceased to exist in the 1970s.

But its reputation as a work of modern art has begun to give Starrett-Lehigh new life. Today R&R Realty, which bought the building for $920 million in 2011, is turning it into an upscale 21st century office building. According to the New York Times, it will be completed next year. The Lehigh Railroad may be long gone but Starrett-Lehigh is still on the Hudson.

Clouds, some sun, warm and humid with a few showers and thunderstorms, especially the second half of the day. Severe weather possible.