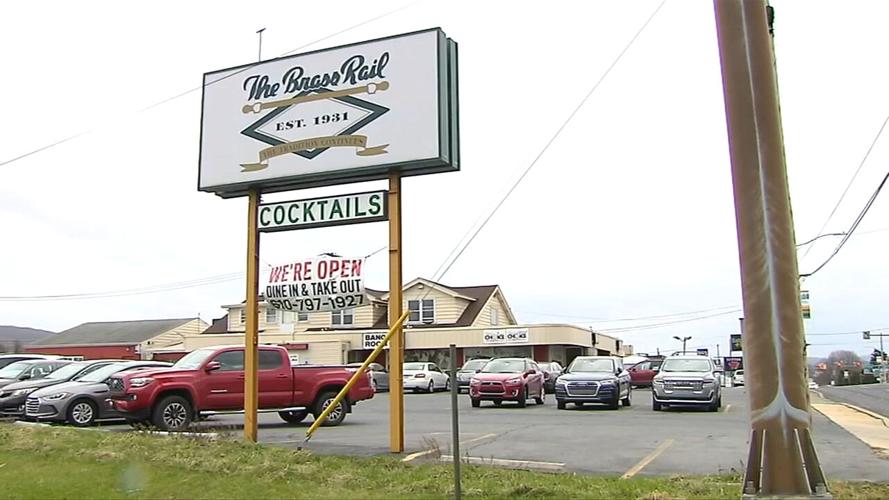 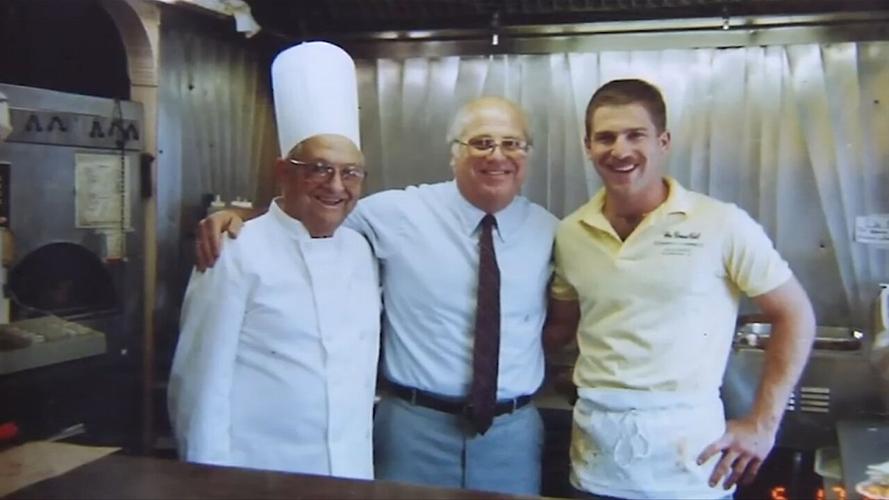 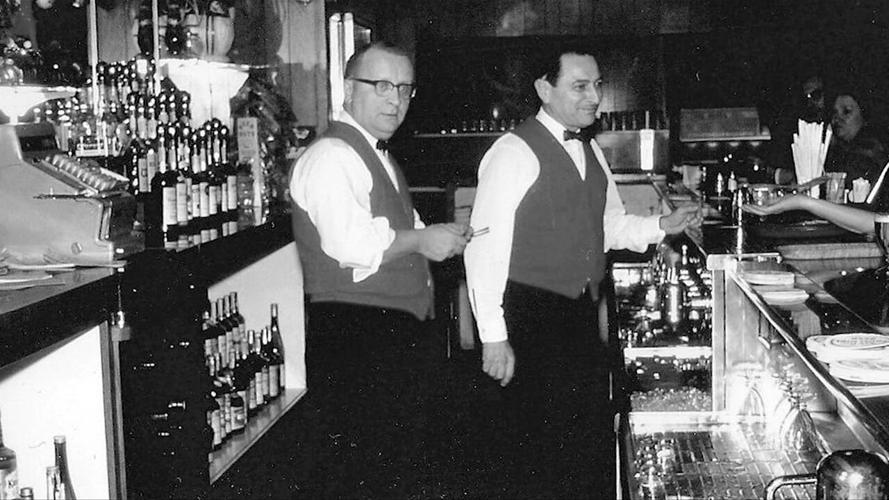 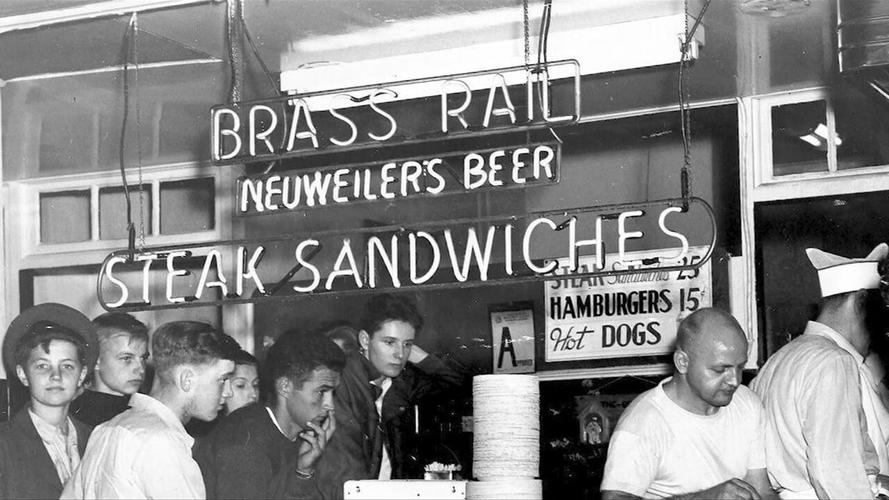 It was a wet April night with the rain coming down in sheets. But inside the Brass Rail restaurant on Lehigh Street the crowds were enjoying themselves over a steak sandwich, with or without cheese, and items of traditional fare. It was not quite like the pre-Covid days when the waitresses had to wade through the crowds near the bar with trays over their heads, and when the restaurant had a full menu that offered full meals. If you wanted cordon bleu you could go somewhere else. “The Rail,” as it was generally known, offered good, comfort food at a reasonable price, friendly staff and a place that felt like home.

A Brass Rail TV commercial from 1981

It opened 91 years ago when Prohibition was still the law of the land and moviegoers three years later were putting down a quarter at the Rialto to see Gable and Colbert in “It Happened One Night” and if Gable really did not wear an undershirt (he did not, and undershirt sales dropped across the nation). The members of the Sorrentino family, who have run it since that time, have decided it’s time to put the Brass Rail to bed. June 4th has been selected for the date. To judge from a recent visit, the Brass Rail t-shirts were going fast.

Allentown’s Italian community was small but mighty by the 1930s, and young Philip Sorrentino was among the early entrepreneurs. In the last part of the 19th century Italian immigrants, as was the case in many parts of the country, were not particularly welcome in the Lehigh Valley. Newspapers printed common ethnic slurs in their headlines, and when it was reported in the Daily Chronicle newspaper that it had found an Italian immigrant that spoke Pennsylvania German, it was a front page story.

According to his 1997 obituary, Philip Sorrentino was born in Allentown in 1917. His stepdaughter Penny Sorrentino, however, told the Morning Call in 2001 that he was born in Italy and came to America with his parents, Michael and Maria Sorrentino, in 1917. “He worked in a factory for a few years before he went into his own business,” Penny Sorrentino stated. Perhaps with the onset of the Great Depression the factory closed and that led to Sorrentino opening his place, known as Phil’s Lunch. He offered basic food, hamburgers and hotdogs. Supposedly it was a little after that circa 1935 that spaghetti arrived. The largely conservative Pennsylvania German crowds were said to have viewed this exotic foreign dish with caution but took to it with enthusiasm after a time.

It was in 1937 that the Brass Rail got its name. Supposedly a friend told Phil Sorrentino that he needed something with more class and suggested the Brass Rail as a new name.

The origin of the signature steak sandwich is the tale of a thousand fathers, and perhaps a few mothers as well. Auslanders from the metropolis of Brotherly Love to the south have claimed to be its originators. A man named Rudy Pretletz was given the credit in the Morning Call for first introducing it at Rudy’s Hotel in Bethlehem sometime in the 1930s. It was claimed that Tom Lamonica of Phillipsburg suggested the idea. The newspaper said that it was in 1939 that the Philip Sorrentino brought the steak sandwich to the Brass Rail.

Whoever it was, the Brass Rail was the place that made the steak sandwich its informal trademark meal. By 1946 the restaurant was selling an average of 500 steak sandwiches a day. A publication called the Lehigh Valley News noted that “the Rail” had a specially designed roll cutter that “enabled the slicing of rolls as fast as they can be filled on a machine.” It went on to note that 90 pounds of onions a day were used on average, and the sauce was prepared in gallon containers. “A little sauce, a little meat and all the onions you can eat,” was the advertising jingle that Penny Sorrentino remembers hearing when she was growing up at the Allentown Fair.

Throughout its time the Brass Rail has cherished the role as a place where everyone was welcome. “Dad wanted a family place,” noted Penny Sorrentino. “People could go to the Brass Rail in a suit and tie or go in their jeans and still feel comfortable.” By the 1950s the Brass Rail was an institution at its 1137 Hamilton Street location. For those who wanted takeout sandwiches the window on the street entrance was open with cooks inside grilling up burgers and steak sandwiches with a line that sometimes stretched around the block. Inside the décor was attractive but not overly fancy. For those who lived nearby a brief walk for a plate of spaghetti on a cold damp night was a great refuge.

In 1961 members of the Sorrentino family who were now running the restaurant with their father saw the growth of suburban Allentown and decided to expand. They purchased the Three Roses Restaurant on Lehigh Street and opened another Brass Rail. No effort was made to tamper with the menu. According to Penny Sorrentino it was here in 1963 that 15- year-old Kenneth Link of Emmaus consumed 7 steak sandwiches in a row. It is a record that is said to stand to this day.

Eventually the Brass Rail installed some pictures of the past from the 1930s and 40s. True to Phil Sorrentino’s wish it showed people dressed in dresses and jackets and ties. One smiling customer dressed in his fedora and overcoat is lifting a pitcher of beer. Perhaps he is celebrating the end of Prohibition.

This March Mark Sorrentino, who runs the Brass Rail with his sister, Pam Ray, and had been in the family business since he peeled onions at the Allentown Fair outpost of the Brass Rail, announced the restaurant would close. Although he had thought they might move to a new location, labor and building costs do no not make it possible at this time. Sorrentino told WFMZ the official closing date is June 4, but he is leaving his options open. “I have decided that I definitely want to do the Allentown Fair,” he said.

Royal Farms is taking over several properties. Here are the plans.

Clouds, some sun, warm and humid with a few showers and thunderstorms, especially the second half of the day. Severe weather possible.