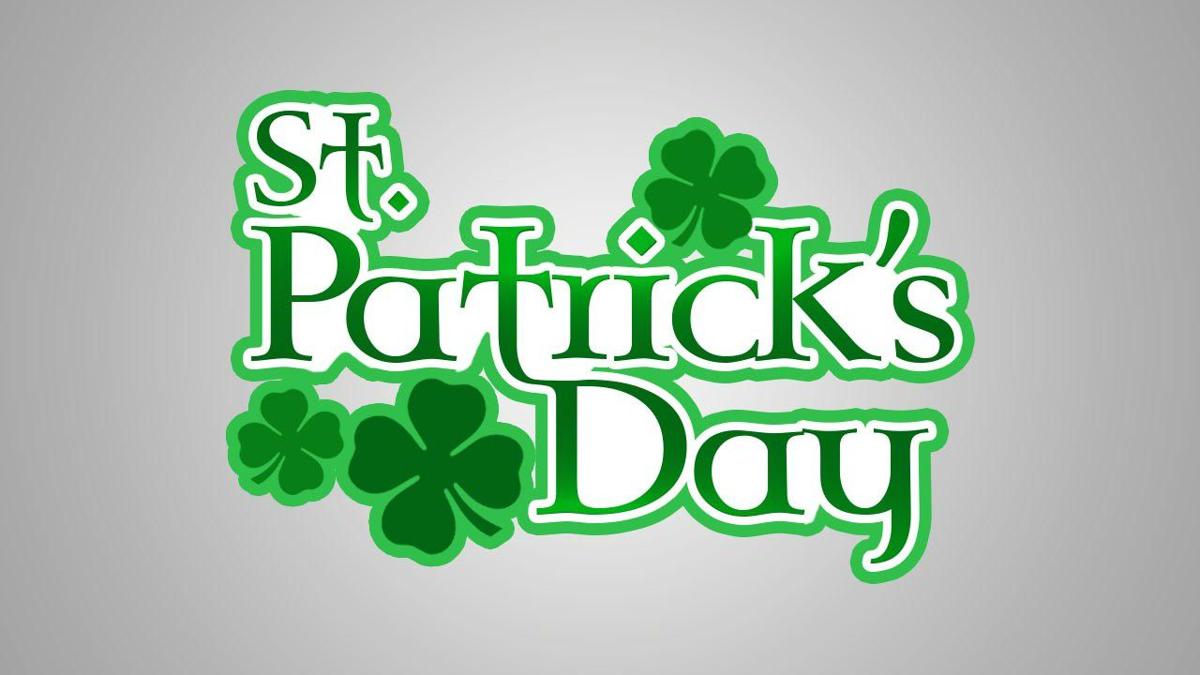 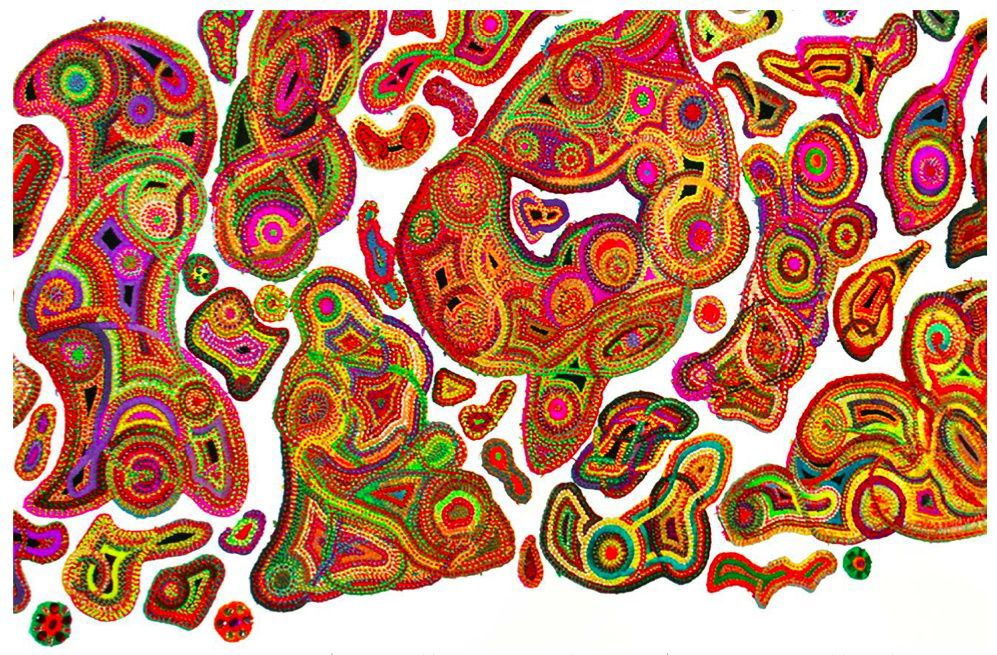 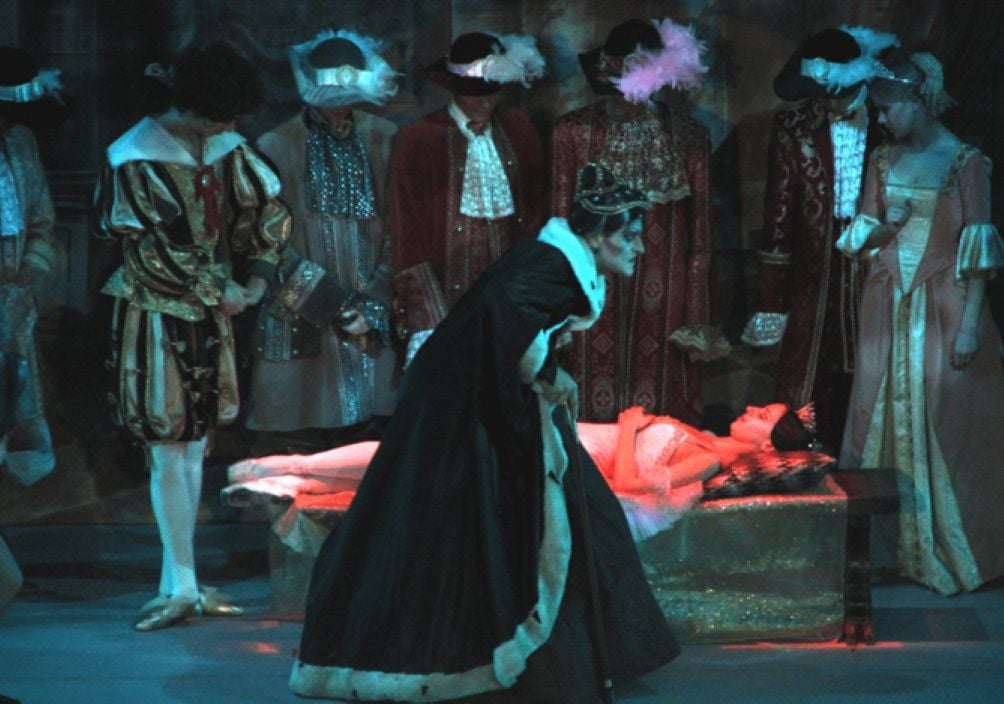 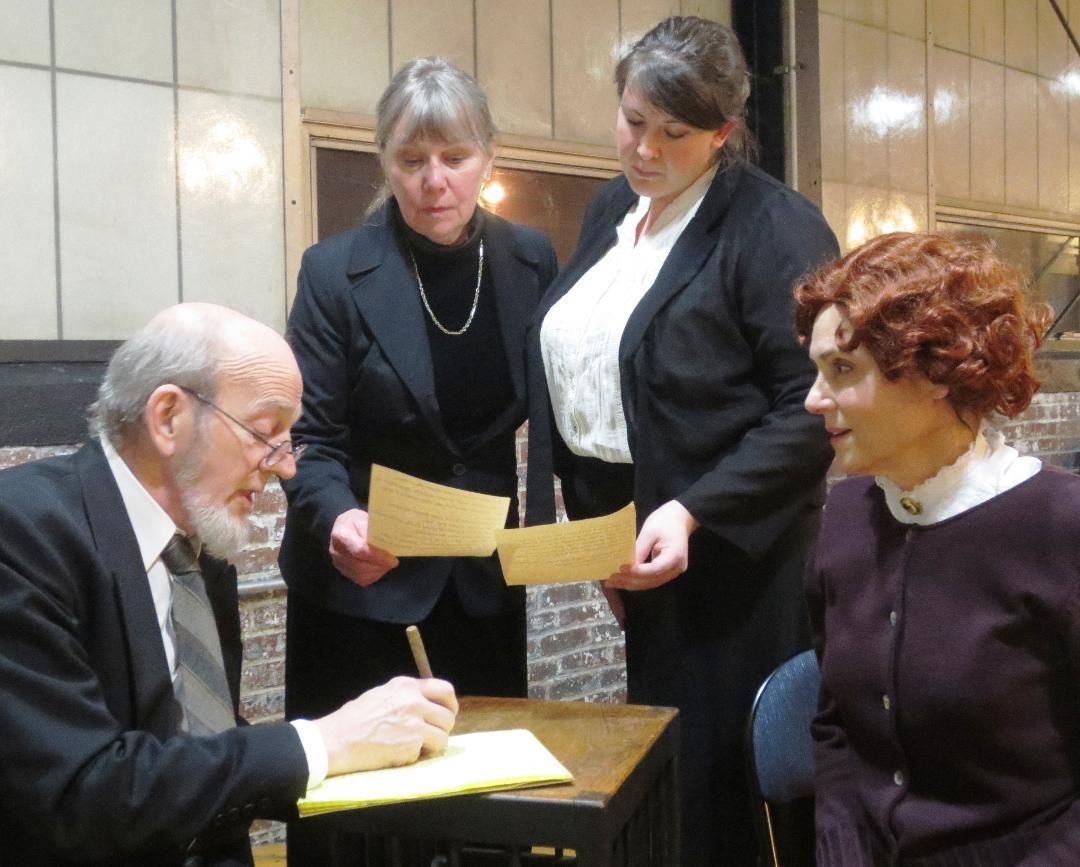 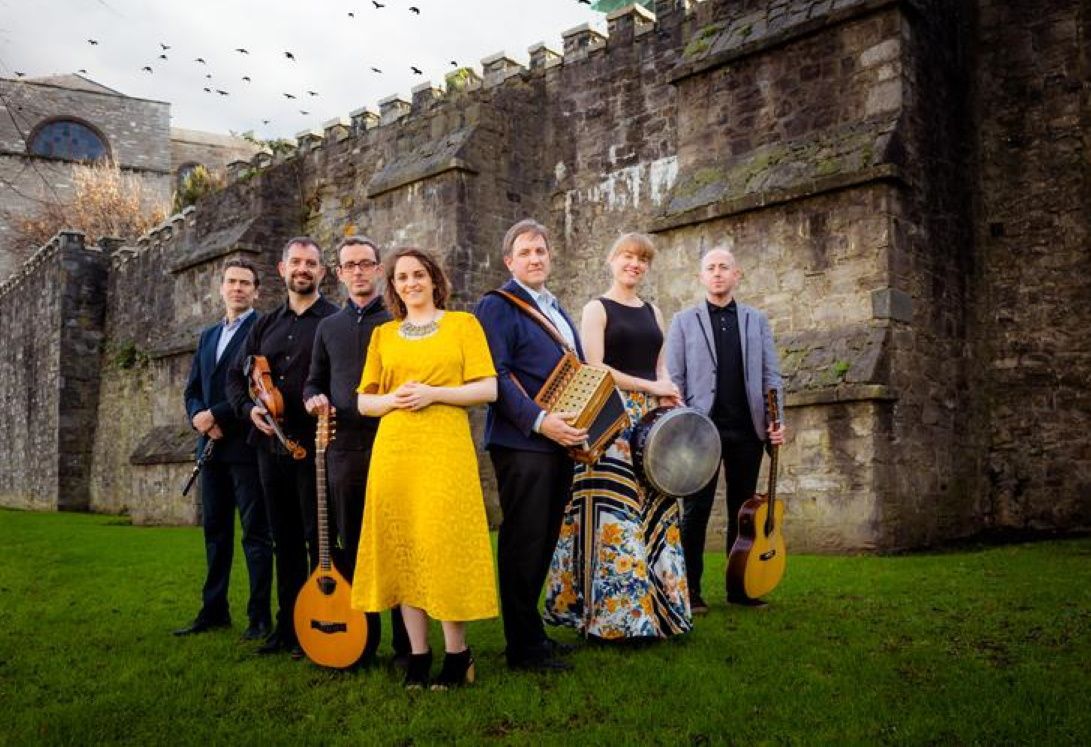 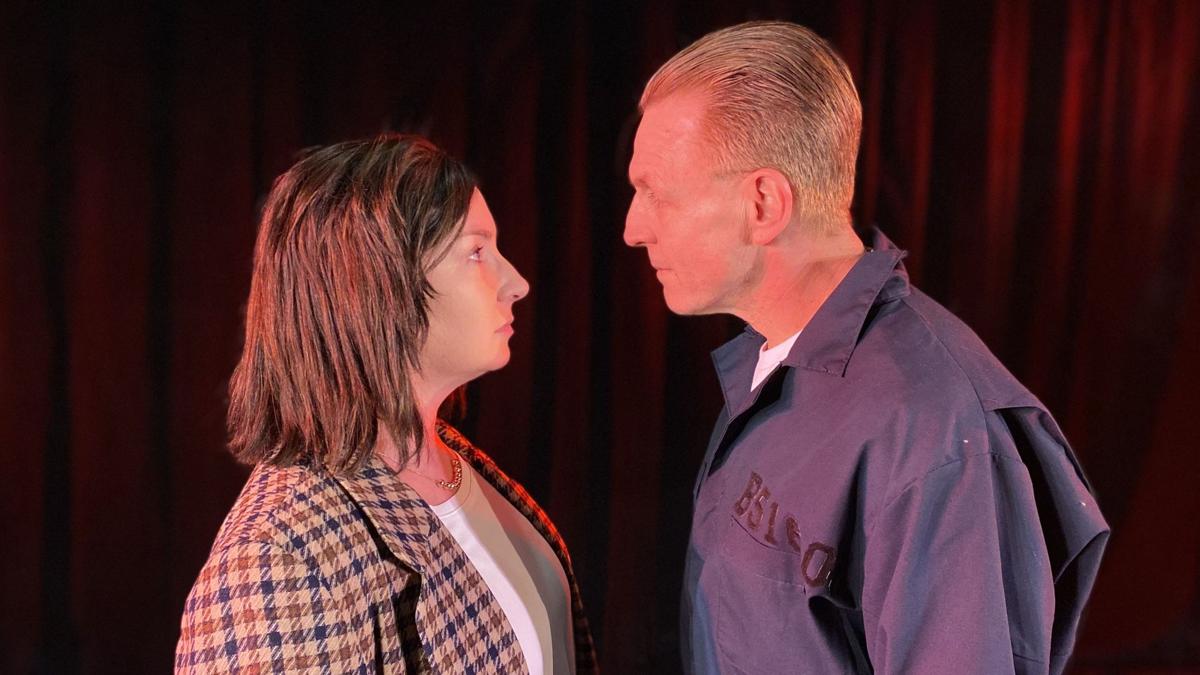 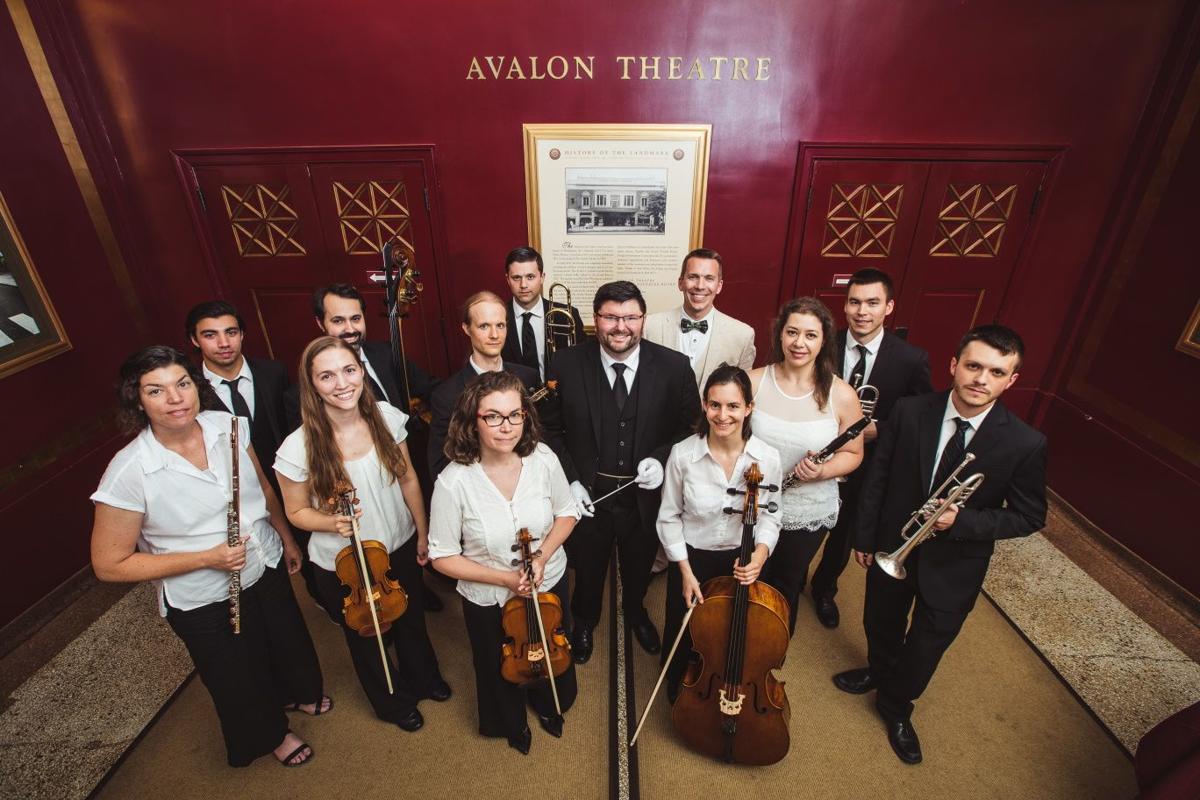 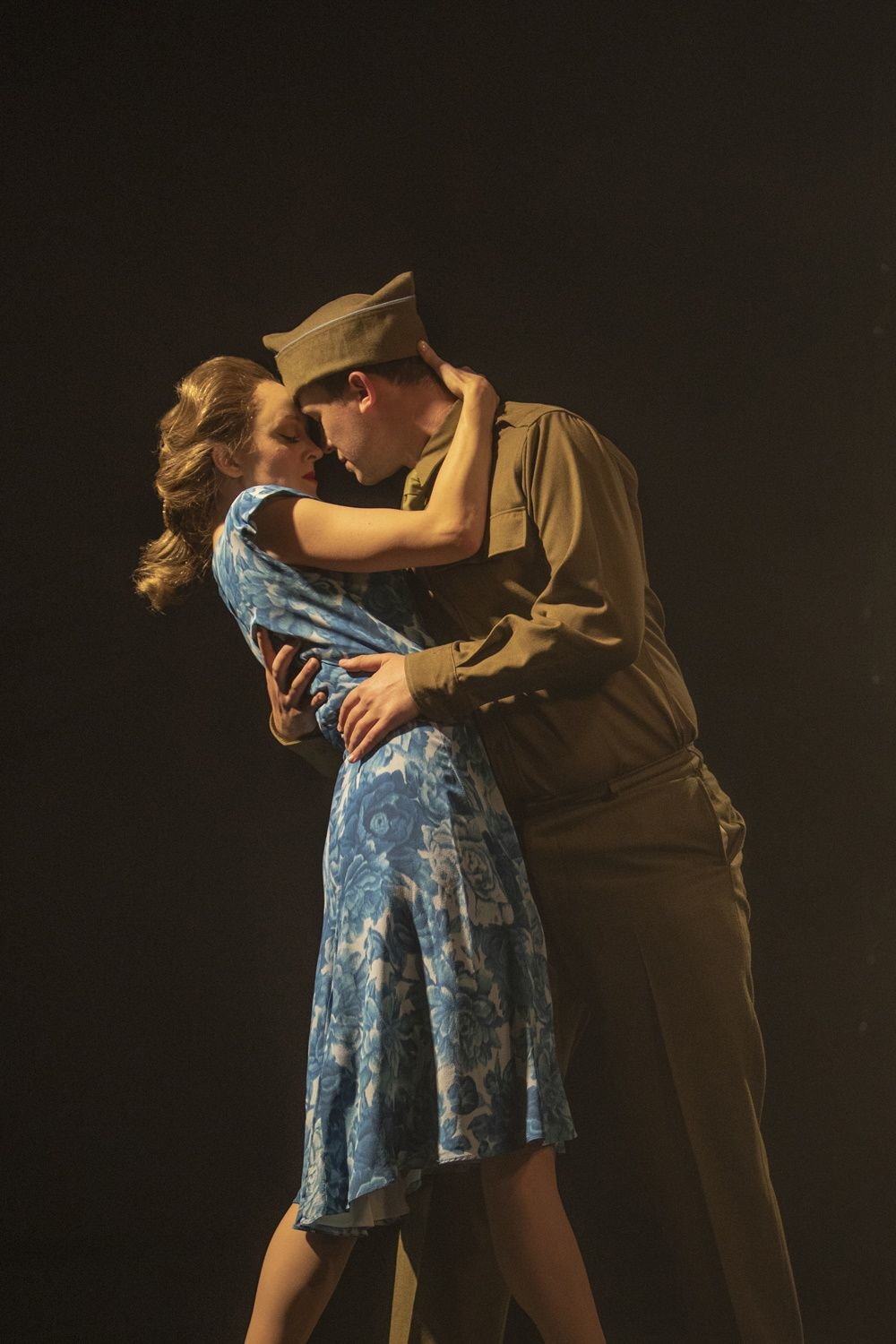 Editor's note: Due to public safety concerns, Bethlehem Mayor Robert Donchez and emergency management personnel have made the decision to cancel the Parade of Shamrocks. More information is available at celticfest.org

In addition, with any of the events listed below, please visit the event's website for any schedule changes or cancellations.

Fleet Feet is kicking off Friday morning with its monthly "Doughnut Dash." Festivities will continue that evening, with the seventh annual St. Paddy's Pub Run, a fun run that ends with a free beer at West Reading Tavern. Sign up in store at Fleet Feet, 705 Penn Avenue.

Friday afternoon is a great time to stroll the avenue and pre-order macaroons, cookies and "Irish Potatoes" from The Well Dressed Cake, Ady Cakes and Zipf's Candies by Sweet Surprises.

For information, go to VisitWestReading.org.

Hailing from Counties Waterford, Cork, Dublin and Donegal in Ireland, Danú is one of the leading traditional Irish ensembles today and comes to Reading Area Community College's Miller Center for the Arts on Friday. For more than two decades, Danú's virtuosi players have performed everything from high-energy reels to gentle ballads on flute, tin whistle, fiddle, button accordion, bouzouki and vocals in both Irish and English.

The band formed in 1995 as part of Ireland's delegation to Lorient Inter-Celtic Festival in Brittany, France, an annual event that is the biggest gathering of Celtic nations in the world.

Winners of numerous awards from the BBC and Irish Music Magazine, Danú has toured throughout Europe and North America, with stops at The Hollywood Bowl in Los Angeles and Symphony Space in New York City. Danú takes its audiences on a musical journey to their native Ireland, offering a moving and memorable concert experience.

The performance is 7:30 p.m. March 13 at Miller Center for the Arts, 4 North Second Street in Reading's Entertainment Square.

Just in time for St. Patrick's Day, Crowded Kitchen Players will present its original production, "The Rising: The Irish Rebellion of 1916 in song and verse" at Bethlehem's IceHouse March 16-18.

"The Rising" is told through poems and songs of the rebellion, contemporary newspaper accounts, speeches, proclamations, letters from the condemned rebels to their loved ones, and, most compellingly, an interview for "The New York Times" between the journalist/WWI poet, Joyce Kilmer and a young woman, Moira Regan, who was in the General Post Office during the Rising, helping run messages between the rebel forces scattered throughout the city as the battle raged.

The Rising to overthrow British rule of Ireland lasted six days from the seizing of Dublin's General Post Office at noon on Easter Monday, April 24, 1916 to the end of that week when its 1600 Irish volunteers and leaders had either perished or surrendered, and was followed almost immediately by the hasty courts martial and executions of its leaders.

Although the rebellion was crushed by more than 20,000 British troops, it inspired a nationwide resolve to free itself from British Parliamentary control, and it led, after further bloodshed, to the establishment of the Republic of Ireland in 1922.

The songs that will be performed onstage by Joey Mutis of the band Electric Farm, include "Ireland's Rise," "Banna Strand," "The Row in the Town," "Tri-coloured Ribbon," "The Parting Glass" and "The Foggy Dew."

'Silence of the Lambs' parody at Civic

Termed an "unauthorizd parody" of the 1991 Academy Award-winning film "The Silence of the Lambs," "Silence! The Musical" recreates the horror thriller with song and dance in the 2005 musical comedy coming to Civic Theatre of Allentown March 13-21.

The project, created by Jon and Al Kaplan, began in 2003, when the Kaplans created an internet musical made up of nine songs that retold the entire story of the film. The tracks became such a hit that they decided to turn the concept into a live show. The Kaplans wrote six more songs and brought on Hunter Bell, who had been nominated for a Tony Award for best book of musical.

This laugh-out-loud satire is X-rated, with several songs that have titles that can't be printed here.

There will be a special late-night performance of the show at 11 p.m. on March 21.

Tony Award-winning Broadway musical "Bandstand," which tells the story of a group of veterans returning home to the United States after World War II, comes to the State Theatre in Easton on March 12.

It's 1945. As America's soldiers come home to ticker-tape parades and overjoyed families, PFC Donny Novitski, singer and songwriter, struggles to rebuild the life he left behind. When NBC announces a national competition to find the nation's next great musical superstars, Donny sees a lifeline for himself and some fellow veterans that gives them the purpose they so desperately need. Together, they form a band unlike any the nation has ever seen. Along the way, they discover the power of music to face the impossible, find their voice, and finally feel like they have a place to call home.

Bandstand is both a peppy celebration of can-do spirit and a more somber exploration of what American servicemen experienced when they marched home from World War II.

Erth's 'Dinosaurs of the Deep' debuts at Zoellner

Australia's Erth Visual & Physical, which spent years collecting prehistoric marine reptiles for its giant theatrical aquarium, has created Erth Prehistoric Aquarium Adventure, "The Mystery of the Dinosaurs of the Deep," which comes to Zoellner Arts Center in Bethlehem on Friday.

From the creators of Erth's Dinosaur Zoo Live, the show explores the unknown ocean depths, unlocking the mystery of the dinosaurs of the deep with a large-scale cast of creatures brought to life by sophisticated design, theatrical presentation and puppet mastery. Immersive techniques make the audience feel as though they are sometimes swimming with the creatures in the tank.

Erth Prehistoric Aquarium Adventure is written and directed by Scott Wright, co-founder of Erth Visual and Physical Inc. and its artistic director since inception in 1990. He trained as a dancer and choreographer in Victoria, in southeast Australia, and is a multi-skilled artist, incorporating puppetry, movement, acting, aerial, stilts and pyrotechnics. Currently, he is working with renowned Italian director Chiara Guidi, having just finished production on Erth's Prehistoric Aquarium. Wright has also produced work based upon the last thylacine (the largest known carnivorous marsupial of modern times) kept in Australian captivity.

There is a free pre-show hands-on science activity with the Da Vinci Science Center at 6:30 p.m.

Pyotr Tchaikovsky's adored music and Petipa's challenging yet beautiful choreography have made "The Sleeping Beauty" one of the most popular ballets in modern day repertoire. The beneficent Lilac Fairy outwits the evil Carabosse Fairy and spares Princess Aurora in this classic sleepy fairy tale brought to luxurious life by the finest Russian dancers.

Founded in the '80s, the 50-member Russian National Ballet Theatre, under artistic director and former Bolshoi Ballet principal dancer, Elena Radchenko, include principal dancers came from the upper ranks of the great ballet companies and academies of Russia, Riga, Kiev and Warsaw.

"The Sleeping Beauty" is a full-length ballet in a prologue and three acts, first performed in 1890. Tchaikovsky completed the score in 1889 and it is the second of his three ballets. The premiere performance took place at the Mariinsky Theatre in St. Petersburg in 1890. The work has become one of the classical repertoire's most famous ballets.

There is a free pre-show lecture at 3 p.m. by Patricia McAndrew. Known for her writings about ballet and her service as a board member of the Ballet Guild of the Lehigh Valley, McAndrew elaborates on the collaboration between composer Pyotr Ilyich Tchaikovsky and choreographer Marius Petipa that resulted in the creation of a masterpiece.

Admission is a free-will offering at door, with a suggested donation of $15.

Formed by virtuoso Andrew Greene, the orchestra recreates the syncopated stylings of a bygone era, ragtime, theater and dance music, as well as underscoring classic silent films using Greene's collection of over 15,000 musical selections. Peacherine is becoming the leading professional ragtime orchestra in the United States and has appeared at leading venues, including the Kennedy Center, Library of Congress, American Film Institute, and at historic theaters, performing arts centers, colleges, and concert associations across the country.

General admission tickets are $15 and can be purchased either at the door or online at showtix4u.com. All proceeds will support the Lehigh Valley Youth Chorus and NCC's Horizons For Youth.

A painter for more than 60 years, she appreciates the patience that comes with working in fiber. The artist refers to her work in fiber as "pseudo-pointil- lism," that combines the discipline of creating painstaking patterns and heavily structured designs with bright jewel-like colors and abstract ideas.

The opening reception for the exhibit is 6 to 9 p.m. Friday. The show continues through April 26.

New Arts Program is open 11 a.m. to 3 p.m. Friday, Saturday and Sunday and is located at 173 West Main Street, Kutztown. Admission is free.

Out and About: Berks native stars in tour of 'Finding Neverland'

Warmer and more humid with plenty of sunshine.