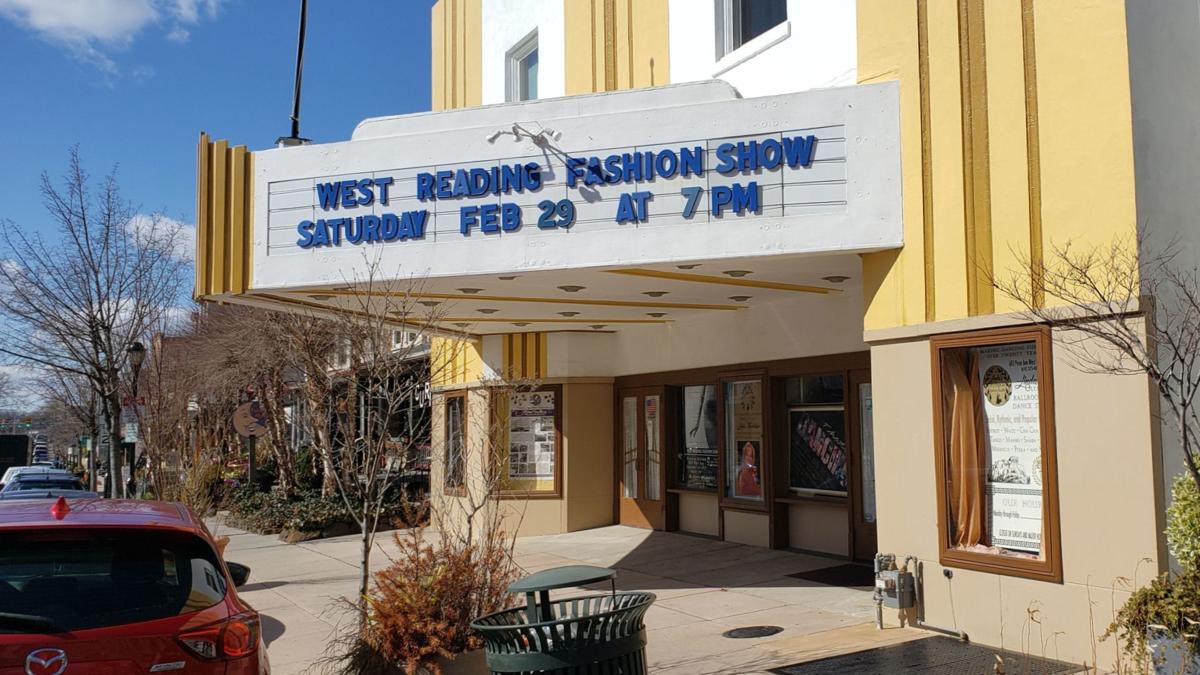 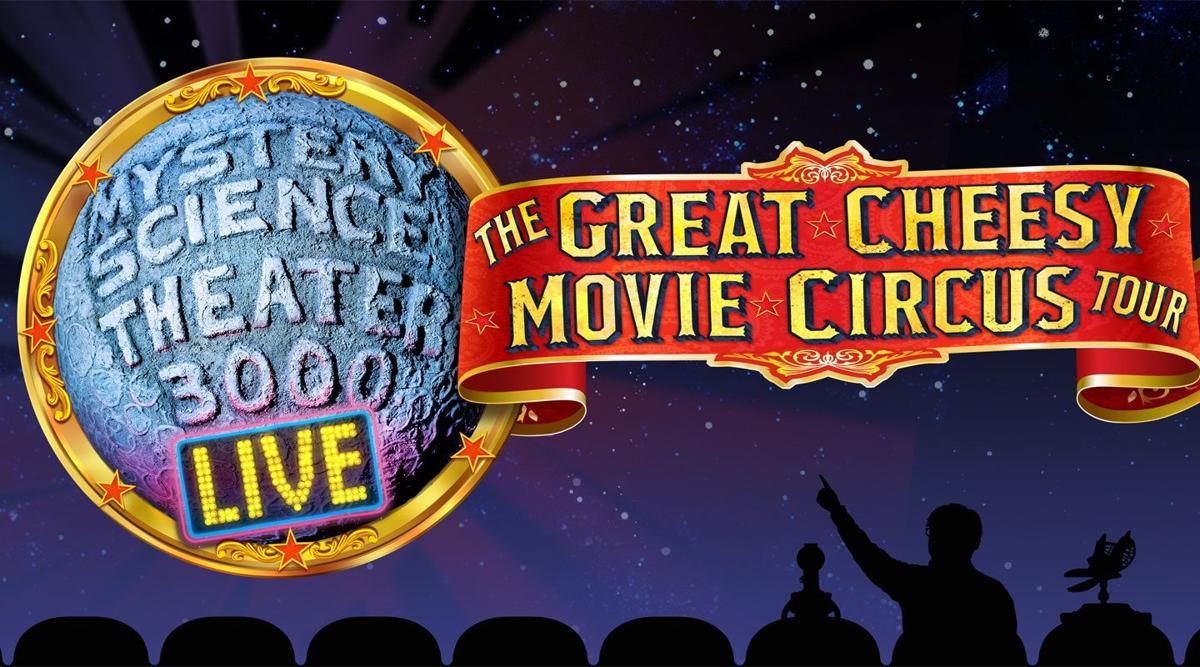 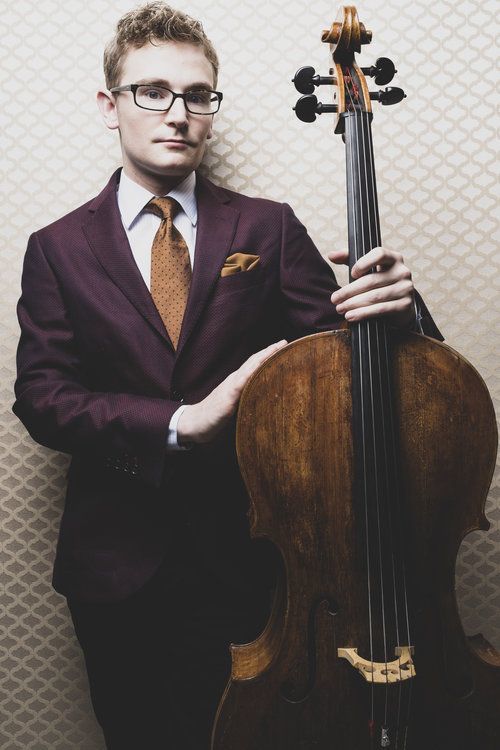 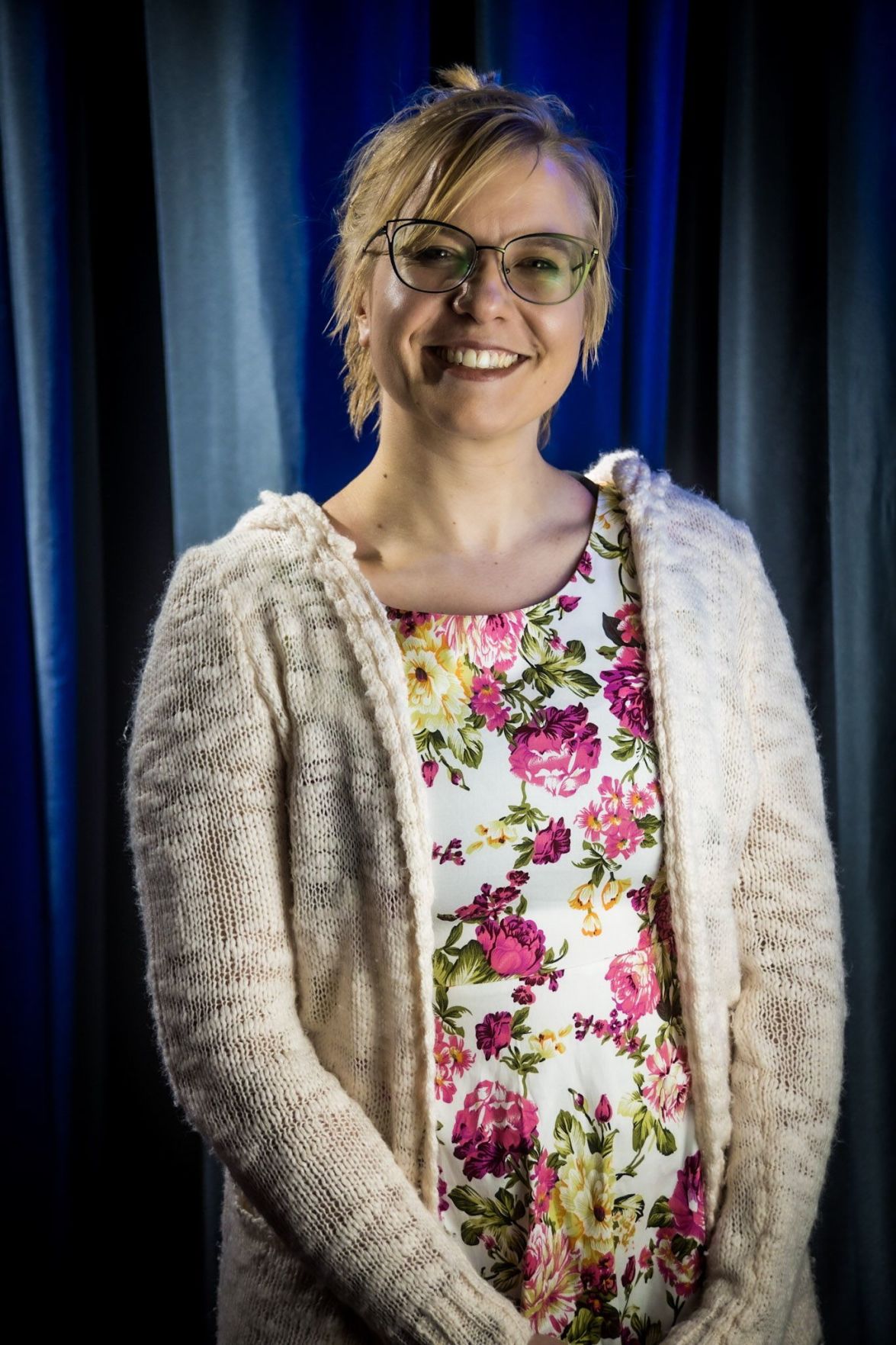 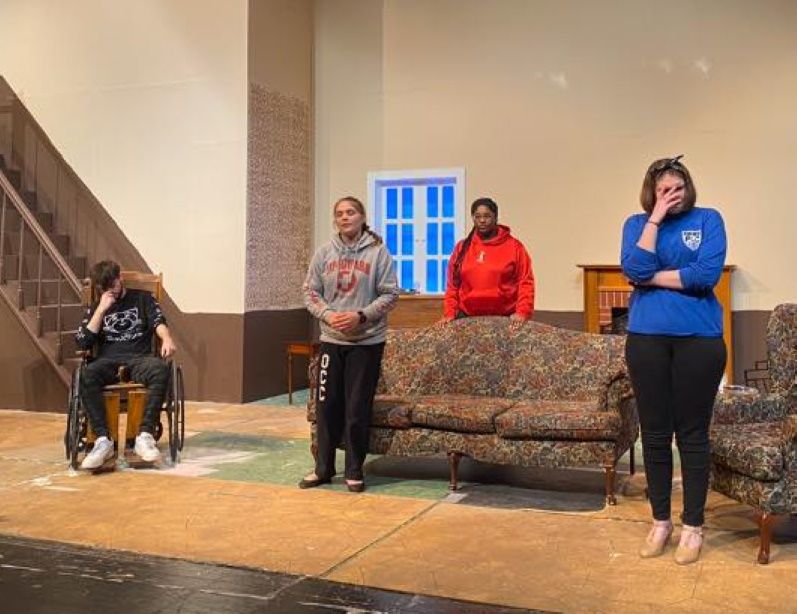 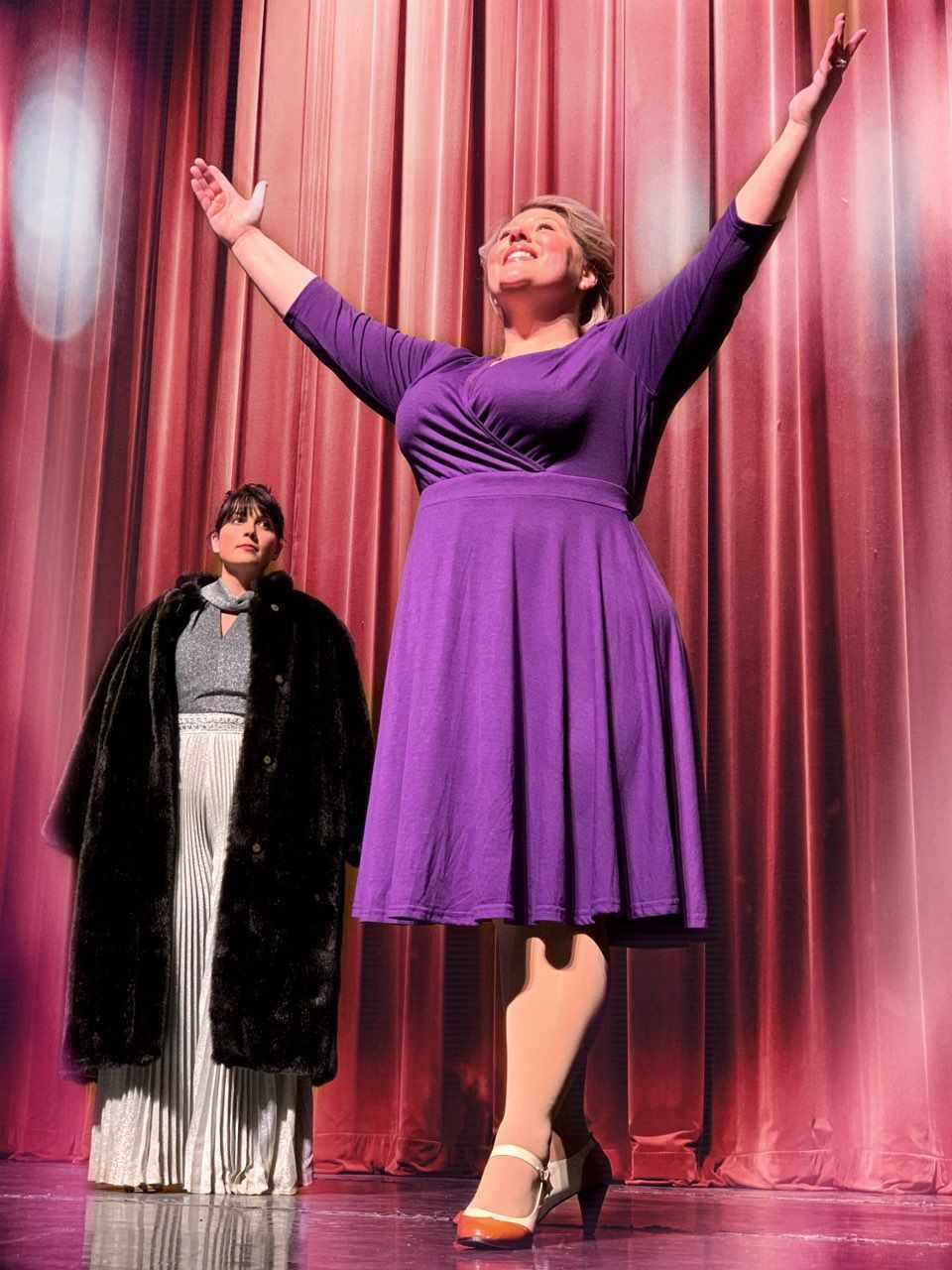 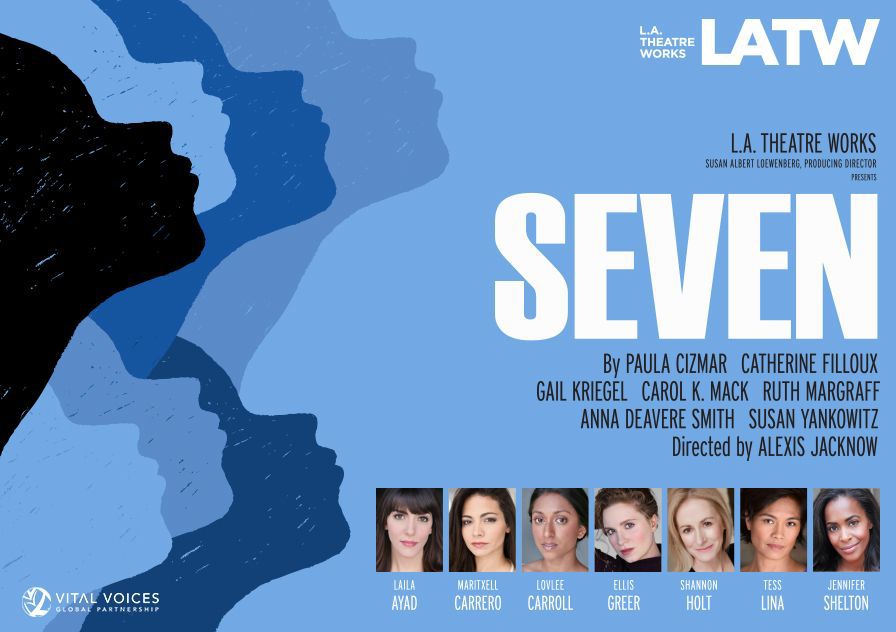 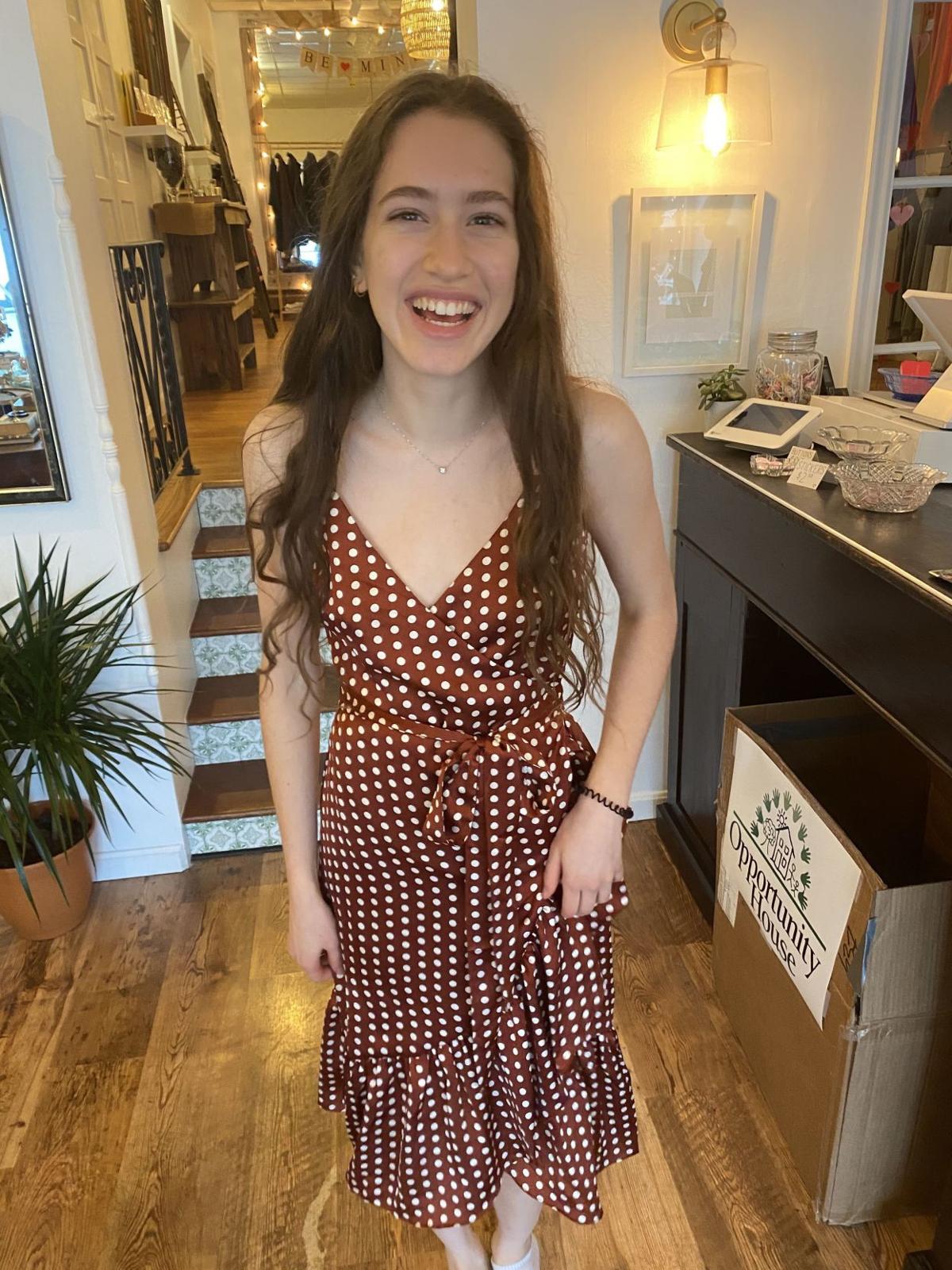 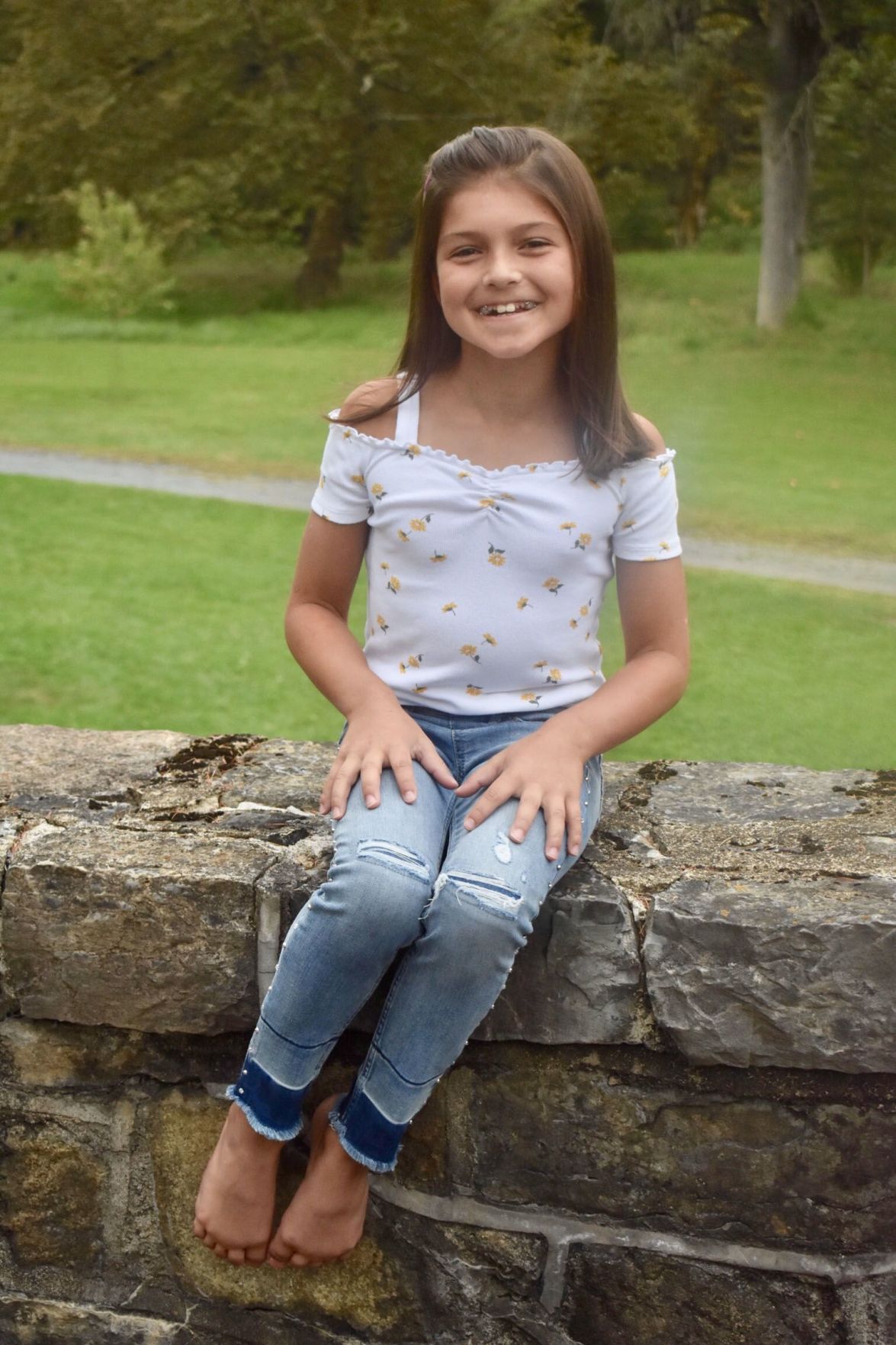 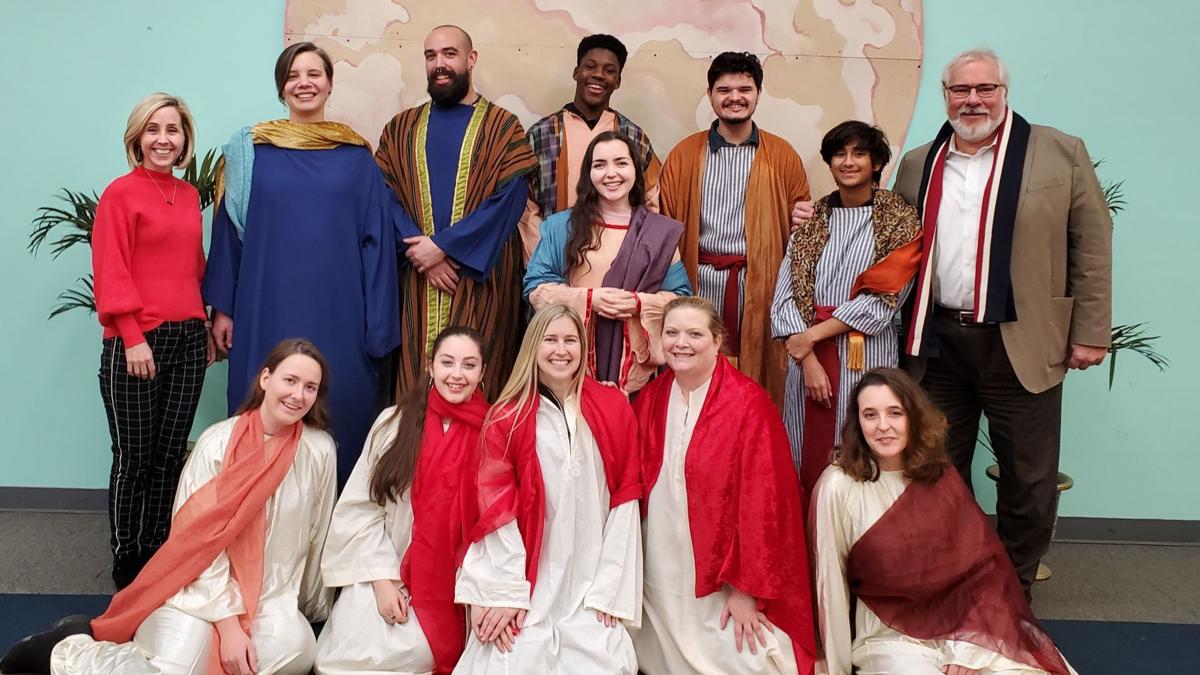 A cutting edge event to help encourage development of West Reading's local fashion and design community will bring high fashion to Berks County with the third annual Fashion Show on Saturday. The event, a collaboration between the West Reading Community Revitalization Foundation and West Reading merchants, will bring together designers, models and local boutiques for a night focused on creativity, style and music.

Eclectic looks will be showcased in the show, featuring street wear to lingerie to vintage, coming from prominent area boutiques: LiliBea's, Be Mine Boutique, A Touch Of Grace Vintage, New Age Attire and frock.

Music will be provided by D.J. Gregg Nyce, and "Berks County Living" magazine will be photographic guests for an upcoming "B Scene."

Leading up to the show, West Reading will feature events with its very own Fashion Week, with participating boutiques featuring special promotions and events.

The show will be at 7 p.m. on Saturday in the Olympian Ballroom, 603 Penn Avenue, West Reading. Advance tickets are $40, or $45 at the door. For information, go to VisitWestReading.org.

Local musicians, music schools and music students will be honored at the 21st annual Lehigh Valley Music Awards on Sunday at ArtsQuest Center in Bethlehem.

Part of the mission of the awards is to highlight youth and encourage them to realize their dreams.

Coco was diagnosed with an extremely rare childhood leukemia, called juvenile myelomonocytic leukemia, when she was three months old. The disease affects only one in a million children each year. In 2010, Coco's mother founded the Coco Foundation to help those impacted by pediatric cancer. After a bone marrow transplant, Coco is nearly 10 years in remission and now is considered one of the best gymnasts in the country. She works out every day at Parkettes Gymnastics in Allentown and has already been recruited by Penn State.

Also to be honored are four local students who stand out for their performances, both in school and onstage with youth education scholarship awards - Emmaus High School senior Rhys Williams; Bangor Area High School multi-instrumentalist Steffani Smith; Allison Bressette and Jadyn Lynah, both students at Lehigh Valley Charter High School for the Arts in Bethlehem.

The awards ceremony, hosted by actor and director Daniel Roebuck and Freddie Frederick Jr., will feature performances from some of the biggest artists in the Lehigh Valley, including the Aardvarks and the Sarah Ayers Band.

The Aardvarks will put their own spin on covers and their original music. The band's lead singer and guitarist, Mike Rauscher, and vocalist and pianist, Rod Walls, previously played with other bands before forming a duo in 2002 to perform as A Pair of Armadillos.

Sarah Ayers, popular for her soulful voice and blues jams, won the outstanding female vocalist award at last year's Lehigh Valley Music Awards, an honor she has won every year since 2003. Ayers and her band mix blues with notes of rock and funk in their covers and originals.

Tickets are $20 and available by going to steelstacks.org or by calling 610-332-3378. For more information about the awards, go to lehighvalleymusicawards.org.

"SEVEN" is written by seven female writers based on personal interviews with seven remarkable women who faced life-threatening obstacles before bringing heroic changes to their home countries of Pakistan, Nigeria, Ireland, Afghanistan, Guatemala, Russia and Cambodia.

Playwrights Carol K. Mack (who conceived the play), Anna Deavere Smith, Paula Cizmar, Catherine Filloux, Gail Kriegel, Ruth Margraff, and Susan Yankowitz collaborated to create a tapestry of stories that weave together the words of these women, dramatizing their struggles and triumphs over resistance, death threats, entrenched norms and pervasive violence. Since the premiere in 2008, the piece has been translated into 27 languages and performed worldwide in more than 30 countries, sharing with an international audience these inspiring tales of bravery and perseverance.

The work makes the powerful and timeless statement that even in the darkest times, one person, one voice, and a single act of courage, can change the lives of thousands.

"SEVEN" was created with the support of the Vital Voices Global Partnership, the preeminent non-governmental organization that identifies, trains and empowers extraordinary women around the world by unleashing their leadership potential to transform lives and accelerate peace and prosperity in their communities. These women have returned home to train and mentor more than 500,000 additional women and girls in their communities.

The performance is 7:30 p.m. Saturday at Miller Center for the Arts, 4 North Second Street, Reading.

Benjamin Britten's one-act opera based on the biblical story of Noah and the ark will kick off the Bach Choir of Bethlehem's inaugural Greg Funfgeld Family Concert this weekend.

The animals are played by children and Doug Roysdon from Mock Turtle Marionettes has been working with them to make their own masks.

Noah is played by David Newman, a bass baritone who has sung previously with Bach Choit.

Meg Bragle, a mezzo-soprano and one of the winners of Bach Choir's Young American Singer competition, returns to play Mrs. Noah, and John Hare is the narrator and the voice of God.

This is the first family concert under its new name of the Greg Funfgeld Family Concert.

The Bach Choir music director and conductor, who plans to retire in 2021, said it came about as an endowment gift for the concert series from local philanthropist Beall Fowler.

Tickets are $18 for adults and $9 for students.

"Gypsy," regarded by many theater professionals as the greatest musical ever created, will be staged by Munopco at the Scottish Rite Cathedral in Allentown starting Saturday and continuing to March 8.

"Gypsy," based on a true story, is the story of an ambitious stage mother fighting for her daughters' success, while secretly yearning for her own. It is set across America in the 1920s, when vaudeville was dying and burlesque was born, Arthur Laurents' groundbreaking show explores the world of two-bit show business with brass, humor, heart, and sophistication.

Returning to the stage after five years, Jillian Rossi plays Louise, the character loosely based on the Gypsy Rose Lee, the famous striptease artist, who penned her memoirs in 1957, after which the show was fashioned. Julie Valenzuela plays her manipulative mother, Rose.

The score by Jule Styne and Stephen Sondheim boasts one hit after another, including "Let Me Entertain You," "Some People," "You'll Never Get Away from Me," "If Momma Was Married," "All I Need Is the Girl," "Everything's Coming Up Roses," "You Gotta Get A Gimmick," "Small World," and "Together Wherever We Go."

Musical direction is by Chris Hamm, and choreography by Jaedon Muhl.

Clair M. Freeman directs the story, set in a small town in Alabama, circa 1900.

"The Little Foxes" captures the story of a southern family whose selfish pursuit of the American dream ends up destroying them and those they love. The Hubbards are bound together by blood, but ripped apart by disparate desires. Their simple house servant states, "There are people who eat the earth and other people who stand around and watch them do it." The Hubbards are those who "eat the earth."

Three siblings - the manipulative and clever Regina; the cruel and arrogant Oscar; and the possessive and scheming Benjamin - have decided to partner together to increase their already substantial, ill-gotten wealth. There is only one problem: Regina's terminally ill husband, Horace, is refusing to give them the $75,000 they need.

NCC's student-run restaurant, Hampton Winds, will partner with the theater department to provide a southern-themed, three-course meal before the Thursday and Friday performances. The cost is $30. Dinner reservations are required by calling 610-861-4549 or emailing clitzenberger@northampton.edu; a separate ticket is required for the show, available at ncctix.org.

Due to mature themes, the show is recommended for middle school-aged students and older.

Tickets are $5 and free for NCC students who make a donation of a non-perishable food item to NCC's H.O.P.E. Food Bank.

A family production based on the characters in the beloved books by Harry Allard comes to DCP Theatre in Salford Township, Montgomery County, Friday through March 8.

"Miss Nelson is Missing" is adapted by Jeffrey Hatcher from Allard's book and focuses on the first grade teacher whose students constantly take advantage of her nice nature.

Miss Nelson is just too nice and her classroom is chaotic and her students are out of control. After their constant misbehaving and rudeness, and their refusal to learn, Miss Nelson determines something has to be done. One day, she disappears, and her class is taken over by tough-as-nails Viola Swamp, "the meanest substitute teacher in the whole world." Miss Nelson's class realizes how much they miss her, and they set out to uncover the mystery of her disappearance with the help of Detective McSmogg.

The director is Christopher McBreen.

Some of the best young cellists in the country will be in Allentown this weekend to compete for a prestigious national award given by Allentown Symphony Orchestra.

Nine cellists will vie for the $12,000 grand prize and the opportunity to perform a solo concert with the Allentown Symphony Orchestra. The finals of the 23rd annual Schadt String Competition are at 2 p.m. Sunday at Miller Symphony Hall. The finals are free and open to the public.

The ASO received 60 applications from across the country and narrowed them down through blind auditions to nine semifinalists. The cellists will again be narrowed down to three finalists through another blind audition who will compete Sunday.

Begun in 1997, the Schadt String Competition was created through a bequest to the Allentown Symphony Association from Edwin H. and Leigh W. Schadt, brothers who lived in Allentown and became successful businessmen. Their father was a self-taught violinist and wanted his sons to learn to play the instrument he loved. Although Leigh and Edwin did not become violinists themselves, they kept their father's interest alive by establishing a trust to provide financial aid to promising young violin students.

The hilarious Peabody Award-winning hit TV comedy is coming to life when it comes to Reading next Tuesday with an all-new "Mystery Science Theater 3000 Live: The Great Cheesy Movie Circus Tour."

Join creator and original host, Joel Hodgson, in his final tour and the world's only movie-riffing robots, Tom Servo, Crow, and Gypsy, as they take audiences on an exhilarating roller coaster ride through some of the cheesiest films ever made.

This is the last chance to see Joel, as he celebrates his final live tour performing the unique comedic art form he created. The exhilarating, nonstop, rapid-fire hilarity is brimming with hundreds of jokes riffed on a "So-Bad-It's-Good" feature film, plus spirited sketches and songs that turn the stage into a circus-themed party.

Originally airing for 11 seasons from 1988 to 1999, Mystery Science Theater 3000 immediately won over fans and became one of the most beloved cult TV shows of all time.

When Joel Robinson, played by Hodgson, is shot into space and forced to watch bad movies, he builds a cast of lovable robot sidekicks to help keep his sanity. It's only through their wisecracks, quips and friendships that they make it through a barrage of increasingly terrible cinema.

Out and About: National winner featured in museum exhibit

The winner of a new national biennial art prize is one of 10 artists featured in a new exhibit that opens Saturday at the the Reading Public Museum.

Clouds with a few breaks of sun; a bit milder.

Mostly cloudy and milder with a spotty shower late in the day.