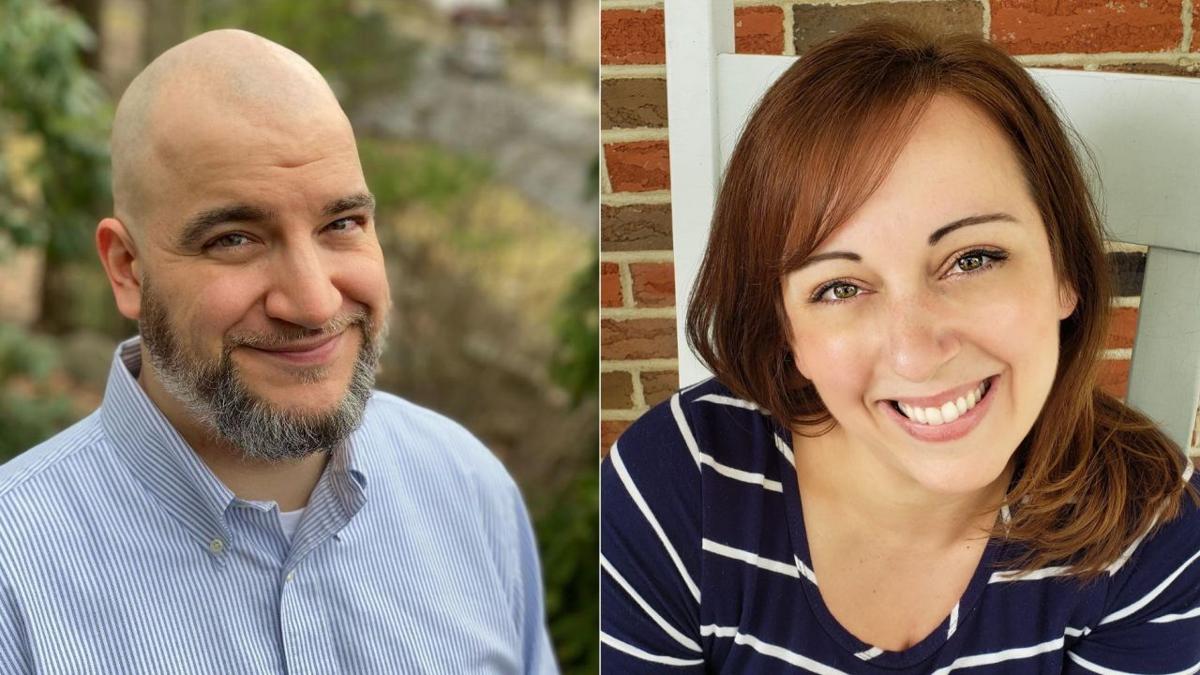 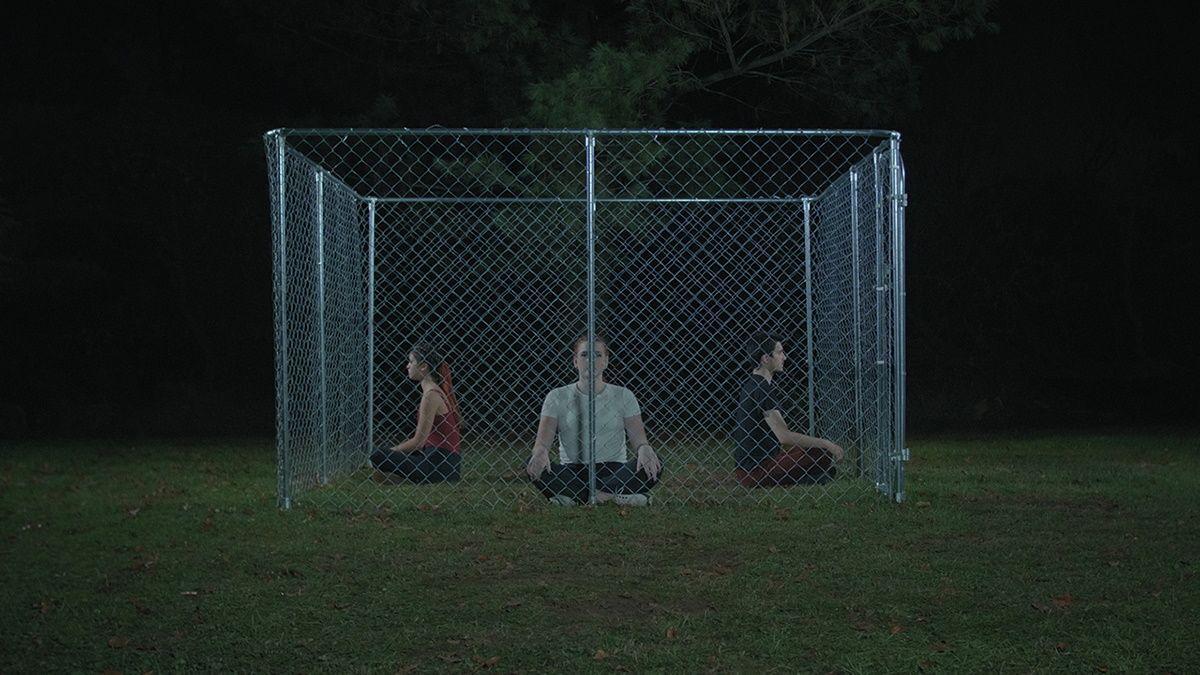 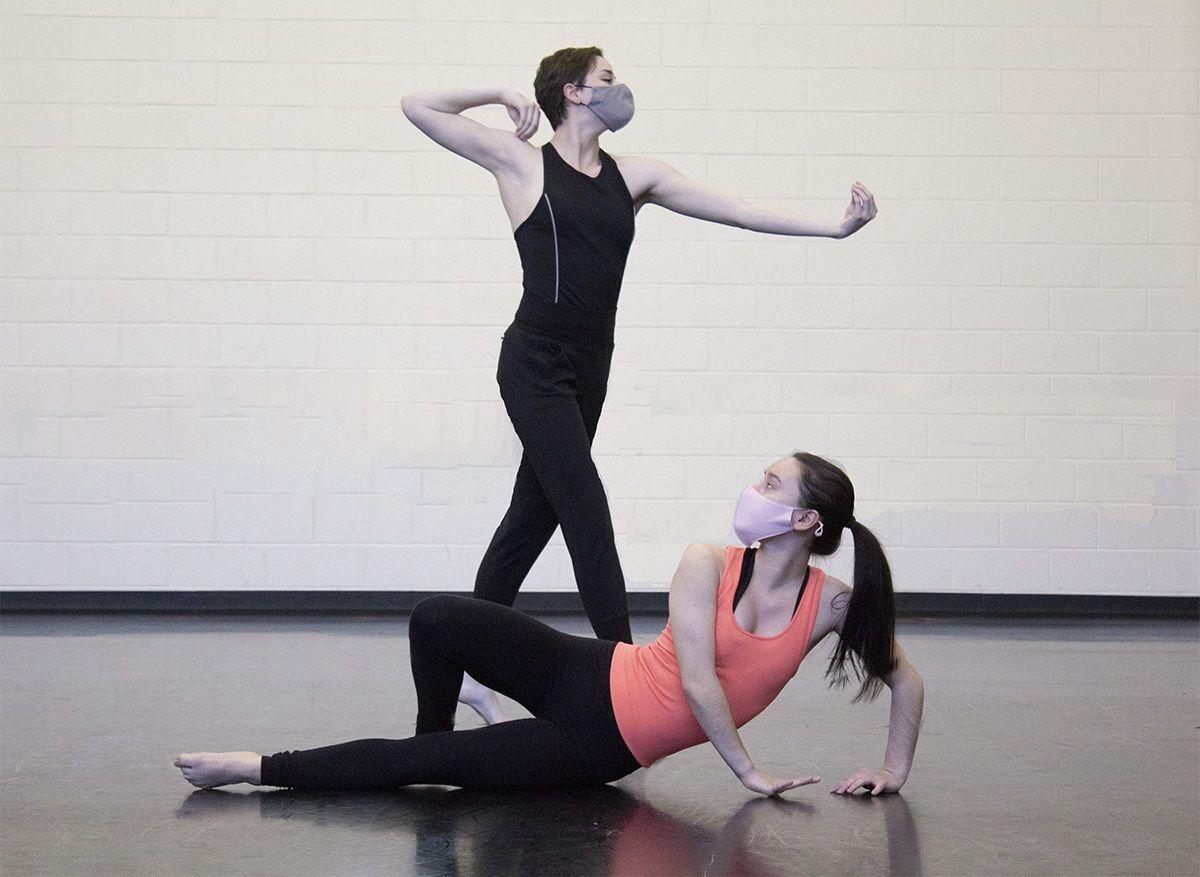 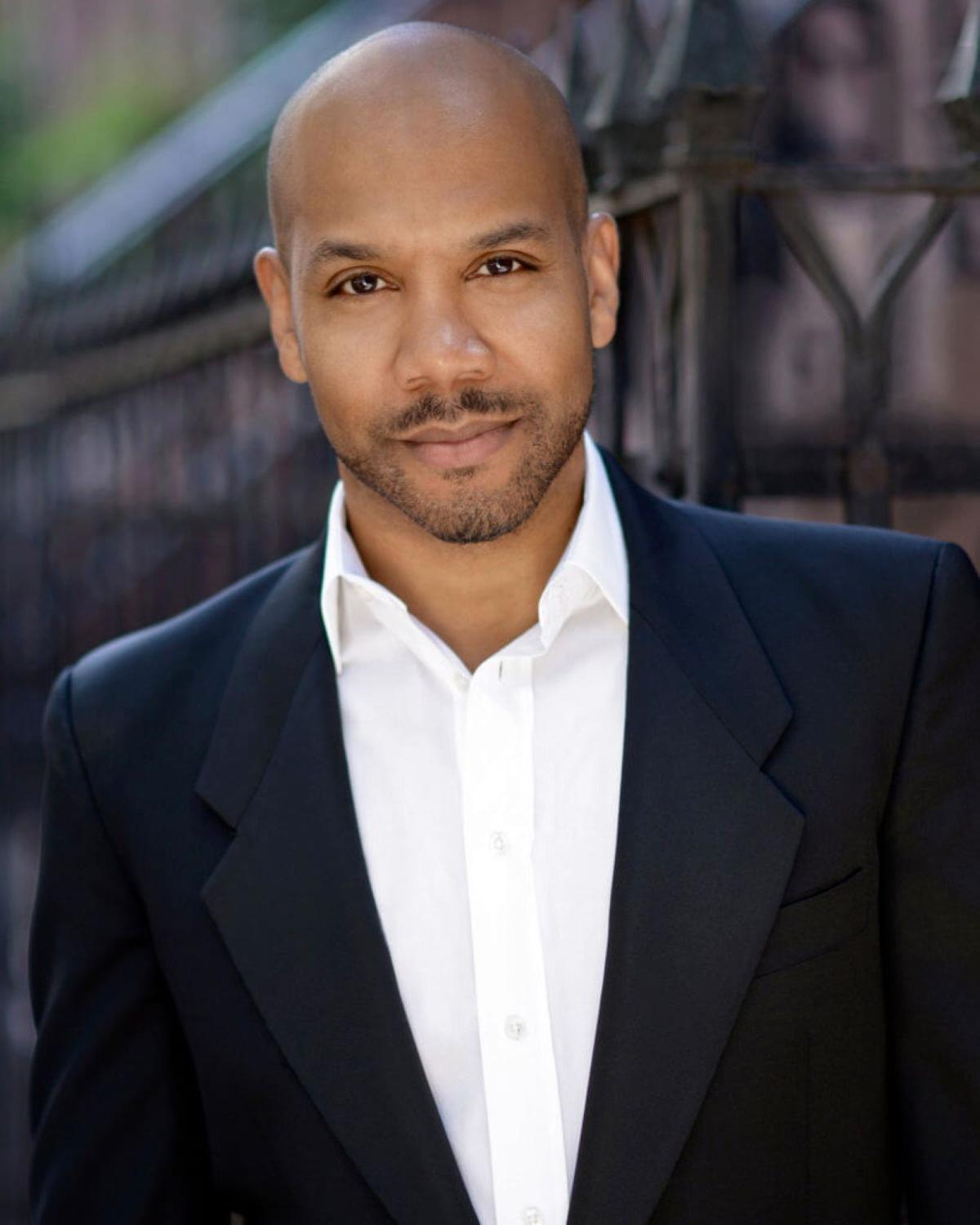 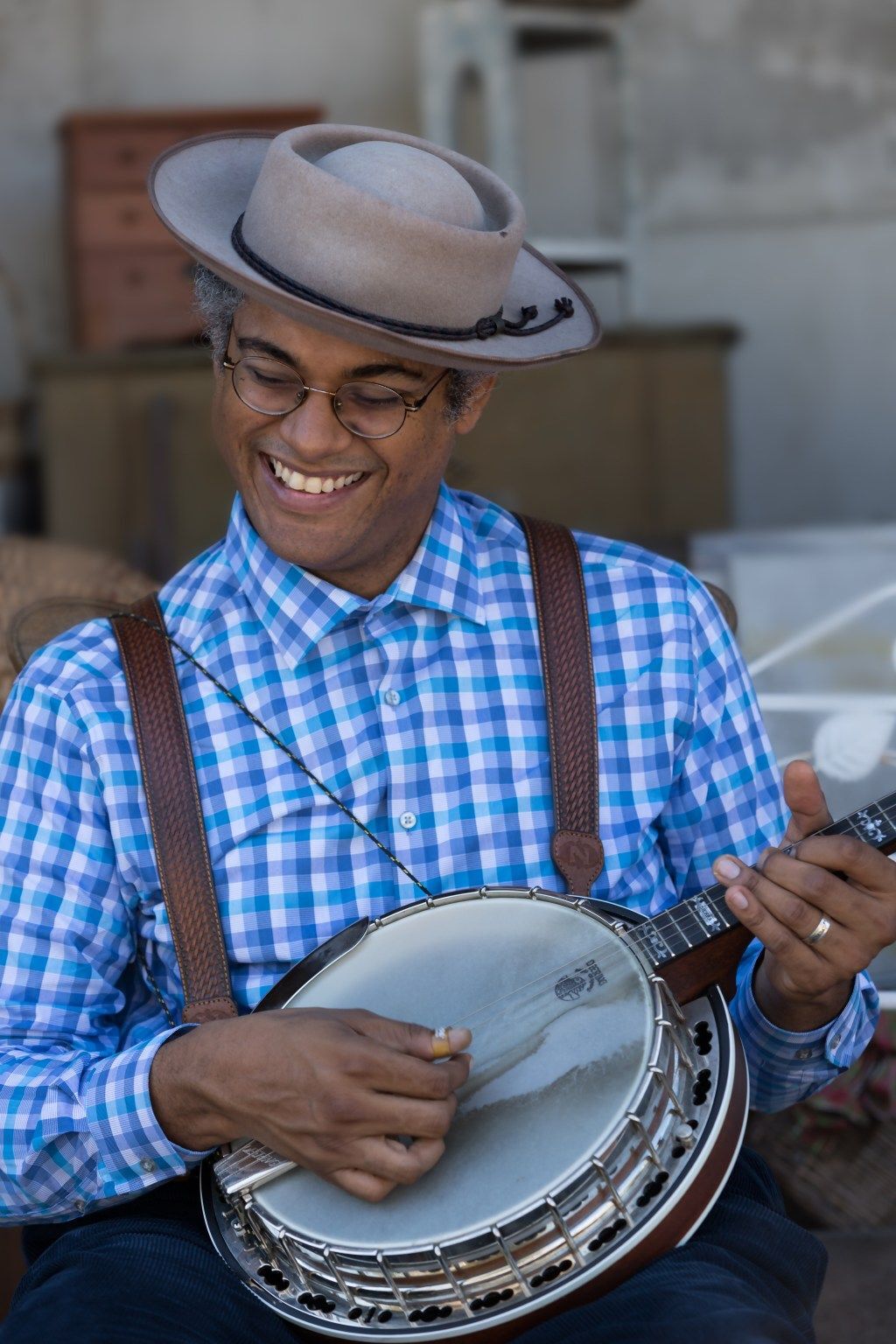 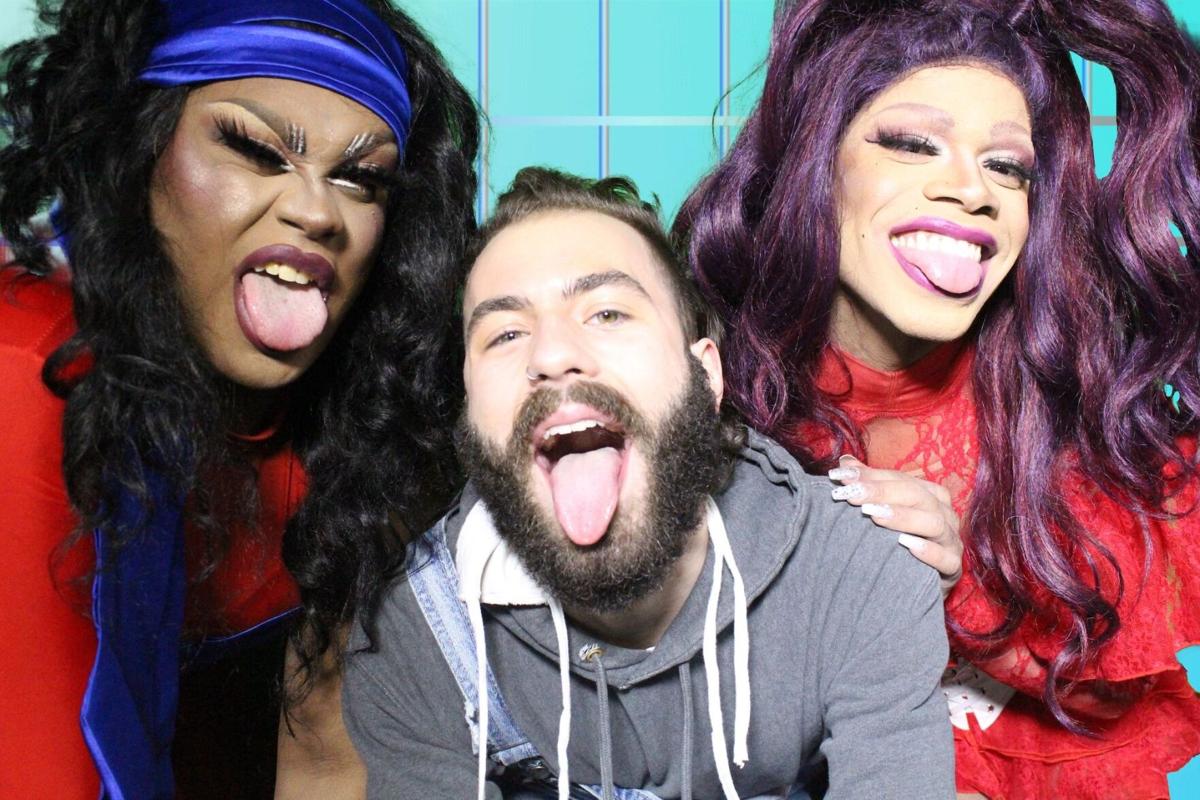 With the easing of restrictions in Pennsylvania allowing for live audiences, two theaters in the Lehigh Valley are presenting in-person productions for the first time in more than a year.

The Pennsylvania Playhouse is producing the romantic comedy "Talley's Folly," as its first in-person show since last February. The show is simultaneously being presented as a video-on-demand, since the theater realizes some people aren't comfortable yet with live theater, according to Rody Gilkeson, playhouse theater administrator.

Lanford Wilson's poignant play was chosen, in particular because it has a small cast, making it easier for social distancing.

Wilson received the 1980 Pulitzer Prize for drama for "Talley's Folly," which is the second in his "Talley Trilogy," between plays "Talley & Son" and "Fifth of July." It is set in a boathouse near rural Lebanon, Missouri, in 1944, and follows the characters Matt Friedman and Sally Talley as they settle their feelings for each other. The play is unlike Wilson's other works, and is set in 97 minutes of real time, with no set change. The play is one act with no intermission.

After a year of writing letters, Matt (Shaun Hayes) travels from St. Louis to Missouri to try and convince Sally (Kelly Herbert James) to marry him. As the two re-examine their relationship, they explore the complexities of human connection and the different forms that a romantic partnership can take. Gilkeson is the director.

The audience size will be limited and masks are required at all time. Temperatures will be taken at the door, and anyone with a temperature of more than 100 degrees will be refused admittance. Tickets are being sold as general admission, and ushers will seat patrons in a socially-distant manner. Tickets for live shows are $20. Video-on-demand is $10 for a single viewer and $15 for a group.

Touchstone Theatre's newest production combines a drag show and art installation and will be presented in person, but socially distanced.

"An Imagined America" will be presented from 5 to 9:30 p.m. on Friday and 1 to 9:30 p.m. on Saturday at the Fine Art Galleries at the Bradbury-Sullivan LGBT Community Center in the Allentown Arts Walk at 21 North Seventh Street in Allentown.

The performance is created by Adam Ercolani of Bethlehem. Ercolani is an apprentice at Touchstone Theatre and a 2021 candidate for a master's degree in Moravian College's new MFA program. The play was written as part of Ercolani's thesis.

The performance takes place over 45 minutes, with just five guests allowed into the gallery at a time.

According to Ercolani, the show is both a performance piece and an art installation that is a study of human bias and behavior.

"From the get-go, I knew I wanted this project to focus on the medium of drag performance, since it provides a unique way to recontextualize the historical moments we're looking at," Ercolani said.

He said he envisions "An Imagined America" engaging Lehigh Valley audiences in a new way and providing them with a new lens with which to view their society.

"An Imagined America" is presented in partnership with City Center Allentown and the Bradbury-Sullivan LGBT Community Center. City Center Allentown is a major mixed-use development that is helping transform downtown Allentown into a regional center of excellence for business, culture and city living. The Bradbury-Sullivan LGBT Community Center provides arts, health, youth, and pride programs to strengthen and support the LGBTQ community across the greater Lehigh Valley.

Ercolani is a member of the first graduating class in the master of fine arts in performance creation, launched in 2019 by Moravian College in Bethlehem and Touchstone Theatre as part of the graduate degree programs offered by Moravian.

Tickets for "An Imagined America" are limited, and there will be staggered entrance times for only five patrons at a time. Patrons are asked to arrive 15 minutes before their slotted entrance time. Masks are required. Part of the performance will take place in the gallery and part just outside the gallery. In the event of rain, the full event will take place indoors. There is no admission charge, but donations are accepted.

The West Reading Community Revitalization Foundation, which hosts the event on Friday, said it is excited that the state eased dining and bar restrictions on April 4.

Now through April 17, 12 restaurants in the borough are offering 3-course dine-in specials for $30 during dinner hours.

Restaurants are welcoming back indoor dining at 75% capacity, and many also continue to offer outdoor heated seating, delivery and takeout. Visitors are asked to wear a mask and practice social distancing.

Special events extend to Saturday and include reiki, reflexology and raindrop therapy by Gabi at Betula's Botanica, 412 Penn Avenue. Call 484-516-2321 to schedule.

From 1 – 5 p.m. on Saturday, The Art Room at 633 Penn Avenue will host a "paint your own stepping stone" workshop. RSVP to theartroomwr@gmail.com with your full name and phone number to participate.

Zoellner Arts Center at Lehigh University in Bethlehem continues "On Stage At Home," its virtual guest artist series, with a performance by Grammy Award-winner Dom Flemons, a songwriter, music scholar and multi-instrumentalist.

The series features six performances recorded exclusively for Zoellner Arts Center for online release for the spring 2021 semester. The programs are offered for free, but donations are appreciated.

The performance by Dom Flemons will be available from Friday through May 9.

Flemons is an expert player on the banjo, guitar, jug and rhythm bones. He is known as "The American Songster," with a repertoire that covers more than 100 years of early American popular music and a founding member of the Grammy-winning Carolina Chocolate Drops. His performances bring musical history to life.

Flemons also will host a virtual workshop that explores the styles, techniques and history of the early American songsters. This covers nearly a century of tunes that includes early popular music, ragtime, blues, country western, folk, bluegrass, and string band music. Participants will learn songs and explore the deeper African roots of the banjo, rhythm bones, quills, harmonica, jug, along with songster tuning on the guitar. The workshop will also include a look into Flemons' collection of vinyl records and music resources. The workshop will be streamed live at 8 p.m. on Friday and is held in conjunction with the Lehigh University Faculty and Staff of Color Network.

DeSales University's division of performing arts will stream its film festival, now in its 21st year, live at 8 p.m. on Friday.

A showcase of world premiere films, the DeSales University Film Festival — DUFF for short — features the emerging voices of film directors, screenwriters, producers, cinematographers, designers, editors, animators, and actors in the DSU film department. The event also includes photo highlight segments, showcasing art by the photographers of the TV/film department and the entire university. The theme this year is Back in Action.

Films to be presented include:

The cost is $12 per viewer. Order viewing passes online or call 610-282-3192. The day prior to your selected production date, you will be sent a reminder email, which will include your production link and password with instructions on how to view.

DeSales' division of performing arts presents the climax of the dance season, the dance ensemble concert, streaming Saturday and Sunday.

The highlight of this season's production is a reconstruction of renown choreographer Paul Taylor's "Cloven Kingdom." Based on Baruch Spinoza's "Man is a social animal." With dancers in tuxedoes and gowns, formal music drives formal dance. When the music shifts to contemporary cacophony, the behavior shifts as well.

"The DeSales dancers are a powerhouse ensemble who bring a wonderful sense of intensity and authority to the stylized animalism of Paul Taylor's movement for 'Cloven Kingdom,' Mazzini said. "I am so excited to see them onstage at the Labuda Center, with full lighting and costumes, where I know they will bring this special dance to life in a way that honors not only Mr. Taylor's legacy, but this uniquely challenging year, in which, despite the circumstances, we were still able to come together and make art."

The cost is $12 per viewer. Order viewing passes online or by calling 610-282-3192. The day prior to your selected production date, you will be sent a reminder email, which will include your production link & password with instructions on how to view.

This performance will be performed live and streamed to audiences. Attendance is free.

"Unstable Connections" is a weekly web series co-created by Gertjan Houben and Beth Schachter that celebrates the accidental comedy of the Zoom screen. The series begins April 15 and continues April 22 and 29.

Darius de Haas, who was featured in Bucks County Playhouse's productions of "Ain't Misbehavin'" and "Guys and Dolls," returns with a concert evening created just for the playhouse for live shows 8 p.m. on Thursday and Friday. The concert "A Song for You: An Evening with Darius de Haas" features songs from the Great American Songbook to Broadway to beloved artists like Nat King Cole and Stevie Wonder.

De Haas has thrilled audiences around the world with his concerts of Duke Ellington as well as Billy Strayhorn music. Also known for his extensive work in theater (the original Broadway casts of "Rent," "Kiss of the Spiderwoman" and "Shuffle Along"), de Haas is also the singing voice of "Shy Baldwin" in the hit TV show "The Marvelous Mrs. Maisel."

Tickets are limited, and the audience will be socially distanced. Masks must be worn the entire performance.

Tickets are $40 and available at on the playhouse's website.

Things to do: First Friday unveils 2 new murals in Bethlehem

The event will begin at 6 p.m. on Friday with a live performance by The Wonton Soups, followed by a brief presentation and ribbon-cutting ceremony.

Partly sunny with just the small chance of a pop-up afternoon shower, mainly north and west of the Lehigh Valley.