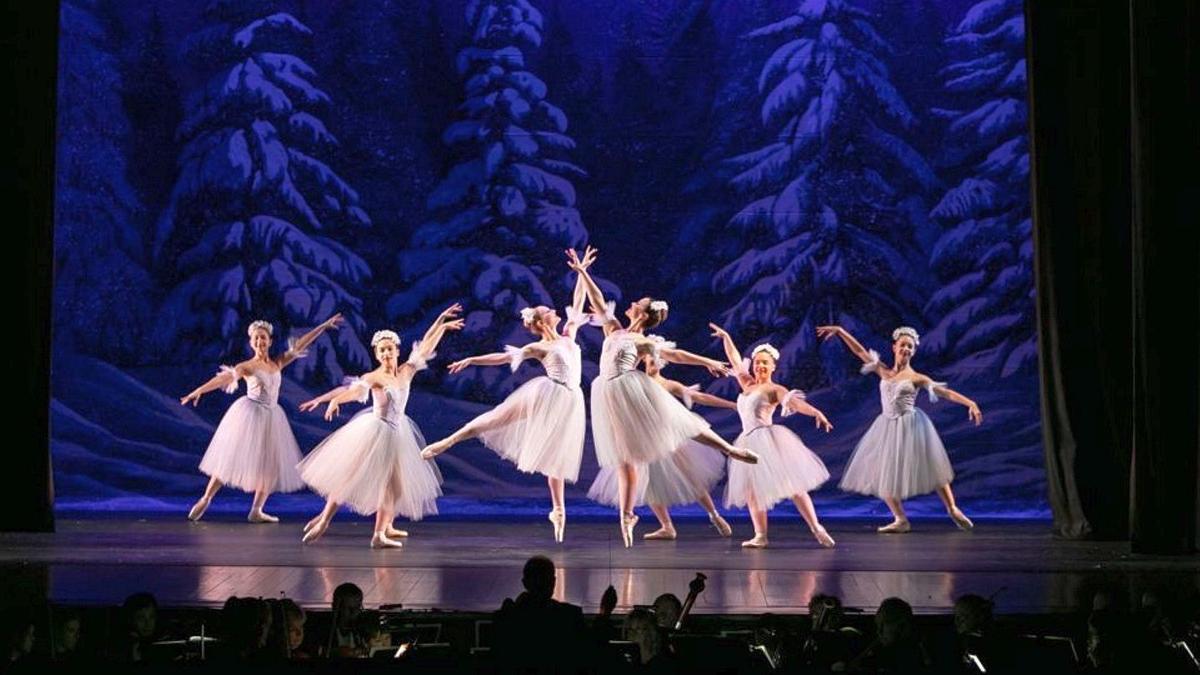 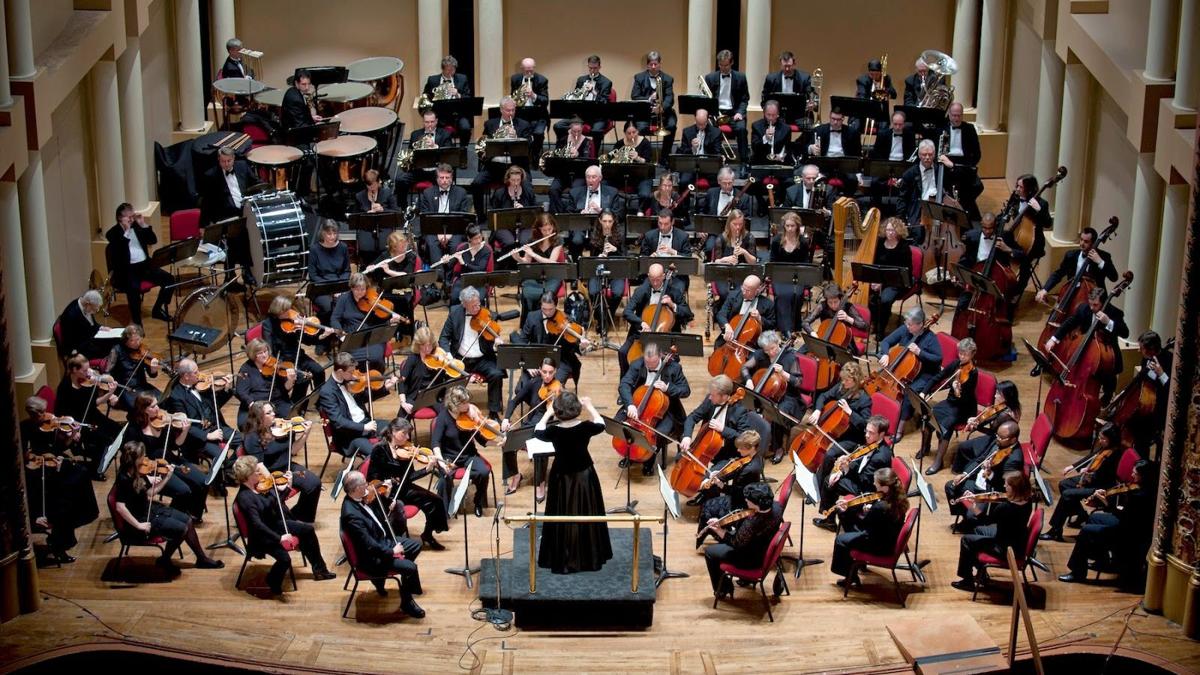 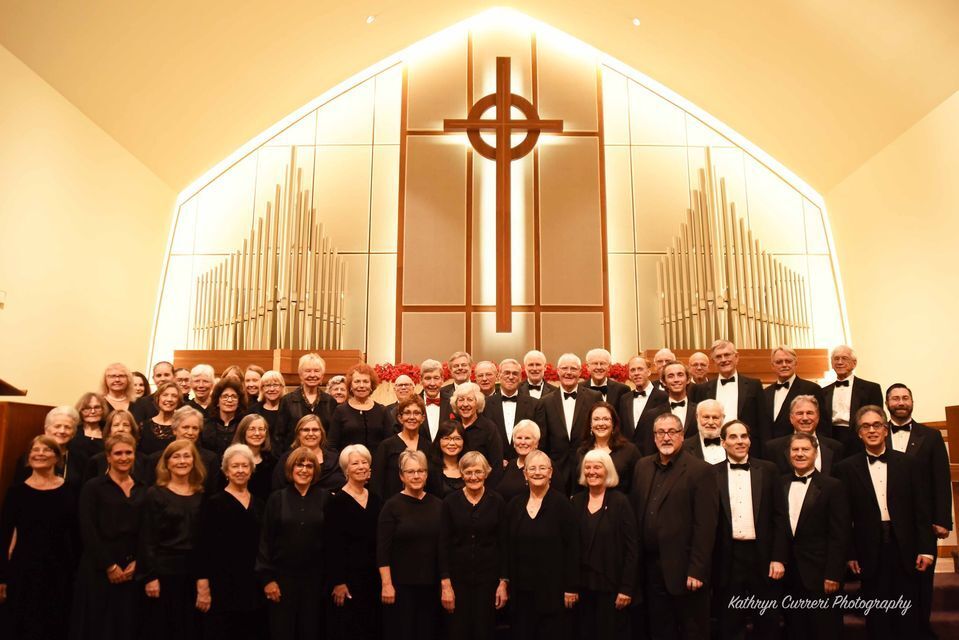 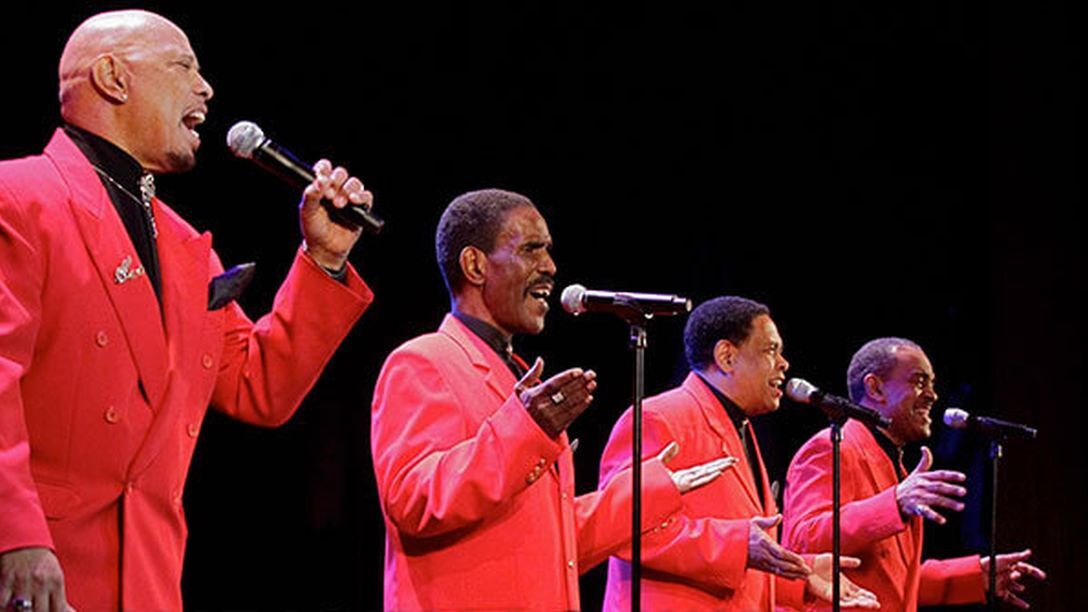 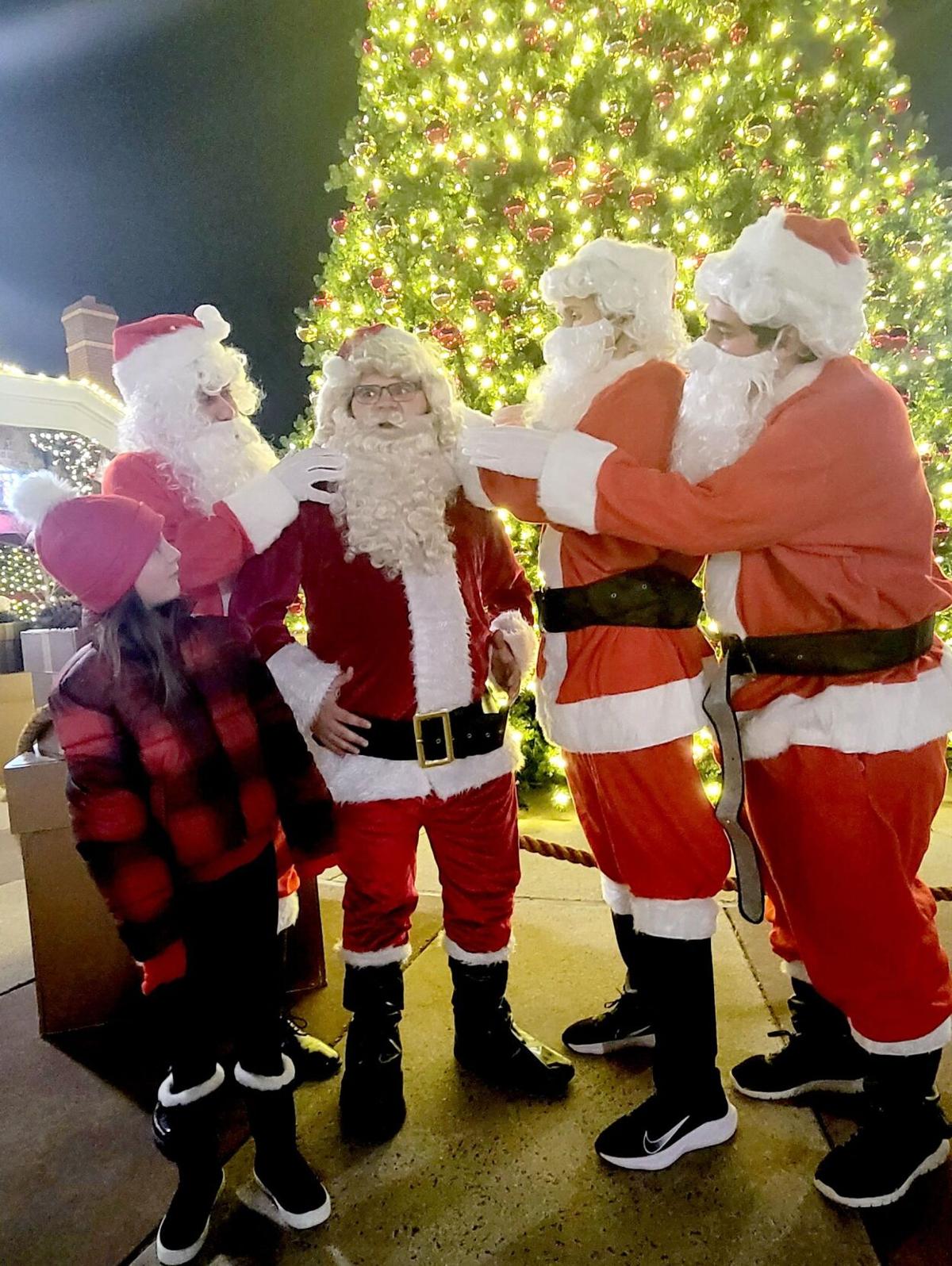 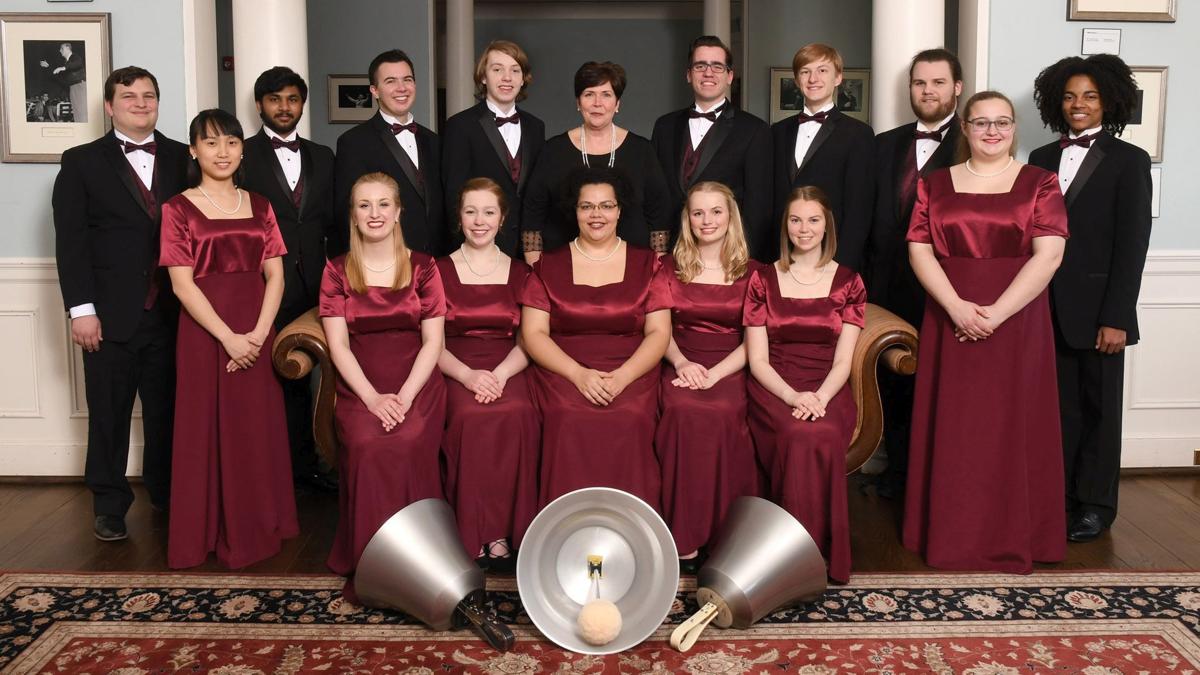 The stage of the Scottish Rite Cathedral in West Reading will once again be filled with waltzing snowflakes, dancing candy canes, and battling toy soldiers as Berks Ballet Theatre welcomes in-person audiences back to "The Nutcracker."

Following a virtual performance in 2020, Berks Ballet will return to live performances this weekend, accompanied by the Reading Pops Orchestra, under the direction of Conductor Willis Rapp.

The classic tale being presented at 1 and 6 p.m. on Saturday and at 4 p.m. on Sunday brings the story of Clara and her beloved nutcracker to life through classical ballet and Tchaikovsky's memorable, soaring score.

Masks will be required for audience members.

A new holiday comedy that explores issues facing the elderly will open this weekend at the Ice House in Bethlehem.

Crowded Kitchen Players will present the original play "Noelle" at 8 p.m. on Thursday and Friday, at 2 and 8 p.m. on Saturday, and at 2 p.m. on Sunday.

"Noelle" is set at a Christmas Eve party in the home of an elderly grandmother, Noelle Whitlock, who is facing mental and physical challenges. When she displays a series of potentially serious lapses, Noelle's concerned, but dysfunctional family insists that she can no longer remain in her home.

A string of relatives and friends, including a frustrated son, a lascivious pastor, a kind neighbor, a larcenous ex-daughter in law, and a county caseworker, counsel and pressure Noelle to accept their well-meaning, but unwelcome intentions for her.

After she is tested for incompetence, and failed, by an intoxicated doctor, Noelle desperately wishes for someone to rescue her from the situation.

That's when a charming but uninvited guest appears at her door and presents Noelle with an alternative both to her own desire to remain independent and to the family's insistence that she move into assisted living.

Playwright and director Ara Barlieb said he was inspired to write the play because the fastest growing population by age in the country and Pennsylvania is 65 years and older.

Lehigh County Aging and Adult Services staff will be at performances to provide information and answer questions about services and assistance available to those over 60 years of age. Resource materials will also be available.

All audience members must wear masks during the performance.

Star of the Day to produce locally written 'Tidings'

Star of the Day Event Productions will present "Tidings: A Fractured Christmas Fable," written by a playwright from Macungie, Lehigh County.

The comedy will run at 7:30 p.m. on Friday and at 3 p.m. on Saturday and Sunday at Macungie Memorial Hall, 50 Poplar St., Macungie, Lehigh County.

"Tidings: A Fractured Christmas Fable" was written by Brian McDermott and combines elements of "It's A Wonderful Life" and "A Christmas Carol" and is set a few days before Christmas in a modern department store.

In the story, George is a down-on-his-luck department store Santa who has hit rock bottom and resigns himself to spending another Christmas alone until his guardian angel appears to attempt to steer him on a better path. At the same time, the spirit of Christmas present is on his own mission to reform the wicked store manager Frederick Neezer. With Christmas rapidly approaching, the guardian angel and the spirit, who is known as CP, discover they both need a shy young woman named Virginia to help with their assignments.

All audience members must wear masks during the performance.

The Camerata Singers are presenting their first live concert in nearly two years this weekend in Allentown.

"A Winter Collage" will feature an eclectic mix of choral pieces sure to put you in the holiday spirit.

The concert at 7:30 p.m. on Saturday at First Presbyterian Church, 3231 Tilghman St., will be conducted by directors Allan Birney and Vincent Trovato.

Featured are Kathryn Aaron as soprano soloist and Todd Fennell as bass soloist.

For the finale, the audience is invited join in the singing of "Silent Night."

Proof of vaccination is required, and masks must be worn during the performance.

Reserve tickets in advance by calling 610-434-7811 or going to the Camerata Singers' website. Tickets also will be available at the door.

The Westminster Concert Bell Choir has appeared on Public Television's "Mister Rogers' Neighborhood" and several holiday broadcasts of the "Today" show, including one in which the ensemble was joined for a performance by NBC television hosts Katie Couric and Willard Scott. The choir's holiday performances have been heard annually on National Public Radio's "Performance Today," and the choir is included on NPR's "Christmas Around The Country II" recording. Composed of students at Westminster Choir College of Rider University, the choir has performed at Carnegie Hall twice during the Christmas season. Most recently, the choir was featured on New Jersey Network's State of The Arts. The ensemble joined Julie Andrews, Christopher Plummer, Charlotte Church and the Royal Philharmonic Orchestra for a critically acclaimed 15-city tour entitled "A Royal Christmas."

The Allentown Symphony Orchestra's "Holiday Pops" will return in-person at 7:30 p.m. on Saturday at Miller Symphony Hall in Allentown.

Diane Wittry will conduct the orchestra in a holiday celebration of carols, sing-alongs and more. Even Santa Claus will make an appearance.

The program includes "Polonaise" from Rimsky-Korsakov's "Christmas Eve Suite" and "March of the Toys" from Babes in Toyland, featuring Repertory Dance Theatre; Christmas At The Movies with music from "Miracle On 34th Street," "The Polar Express," "Somewhere In My Memory," "Making Christmas" and "Where Are You Christmas?" and much more.

Proof of vaccination is required, and masks must be worn.

Bucks County Playhouse will bring one of the most celebrated vocal groups of all time to New Hope for holiday concerts this weekend.

The Coasters songs are unique — infused with humor and a special wink that always lets their audience in on the fun. Their first hit, "Down In Mexico," was followed by "Young Blood" and "Searchin" — with both selling a million copies each. The Coasters road to success has been paved with gold with more block buster hits such as "Yakety Yak," "Charlie Brown," "Along Came Jones" "Poison Ivy," "Little Egypt," "Love Potion No.9," "Zing Went The Strings Of My Heart," "Baby That's Rock & Roll" and more.

Proof of vaccination is required, and masks must be worn.