You are the owner of this article.
Edit Article Add New Article
You have permission to edit this article.
Edit
Home
News
Weather
Traffic
Sports
Video
Entertainment
Features
Community
Business
About Us
Share This
1 of 7 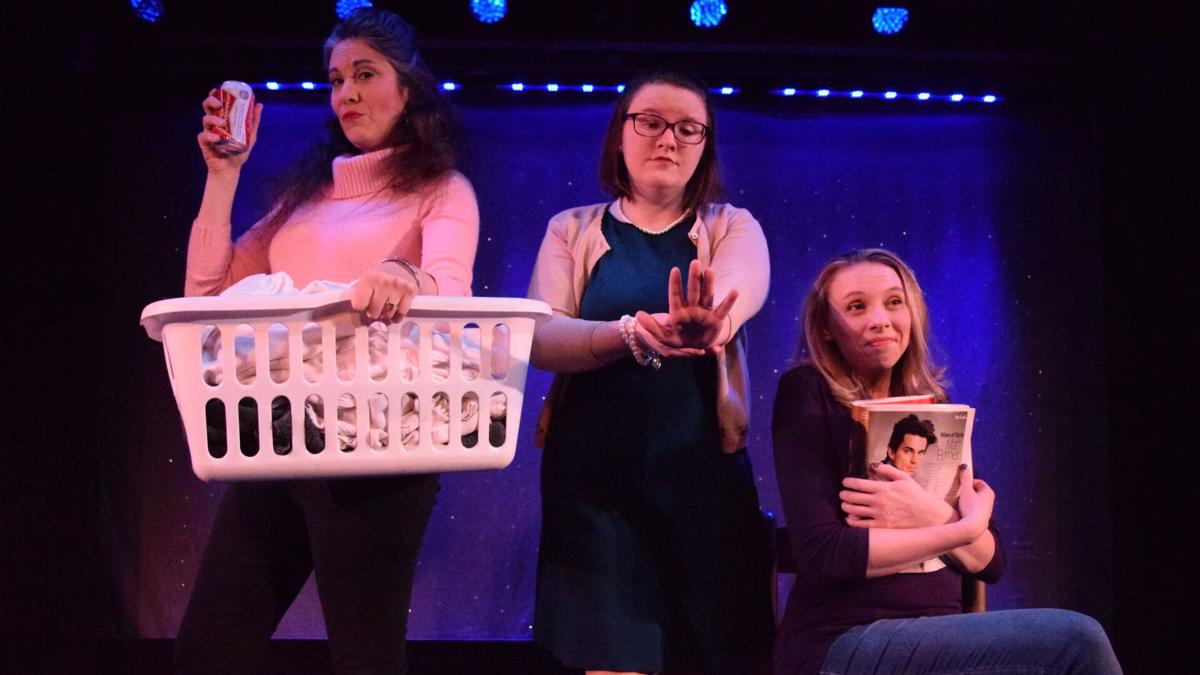 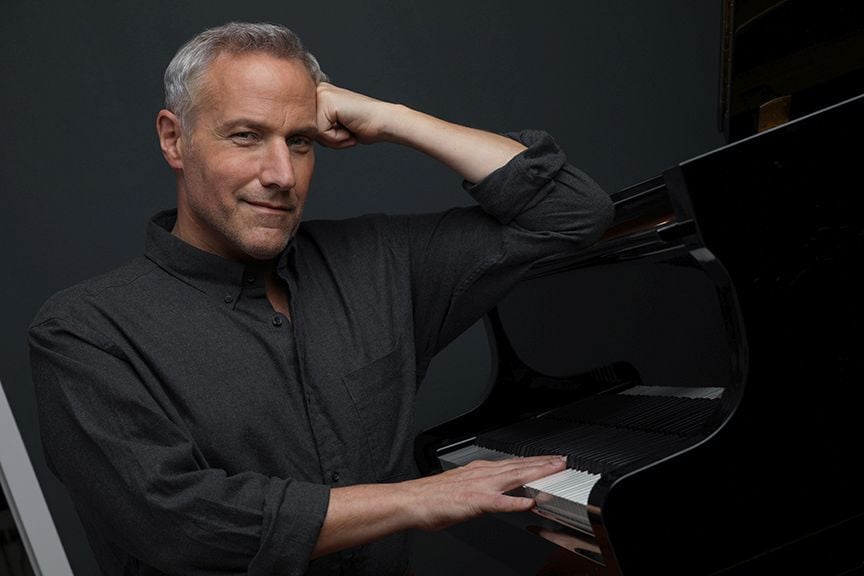 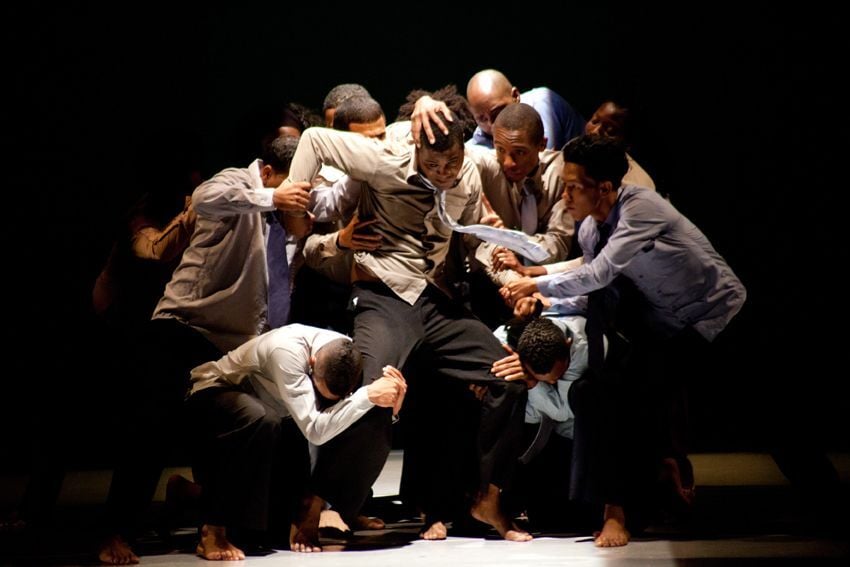 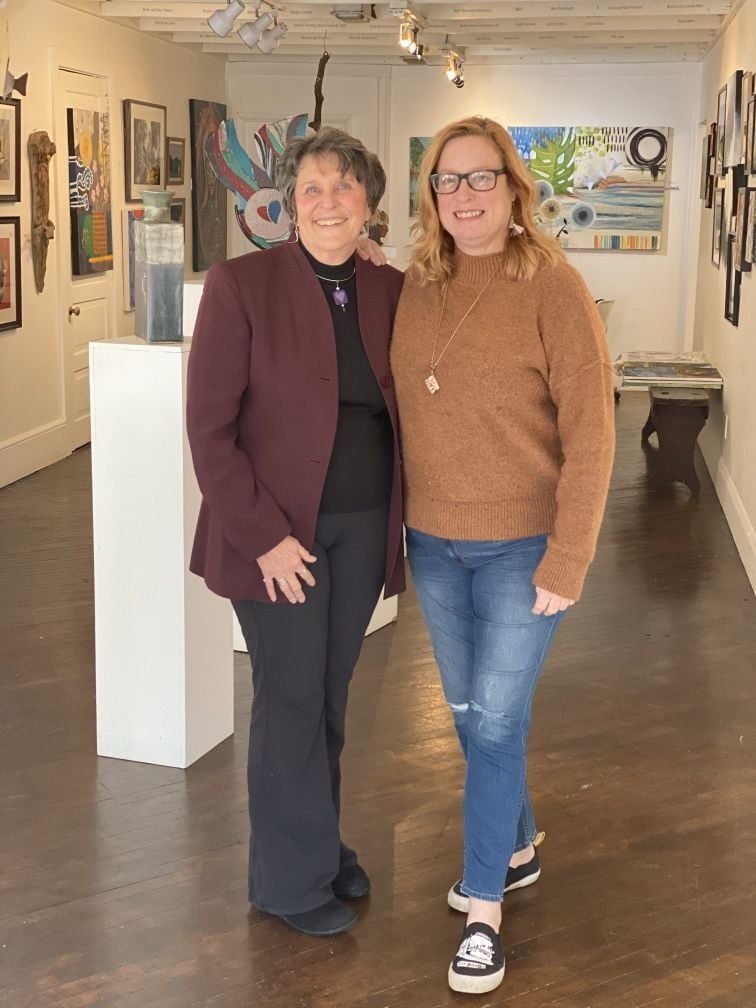 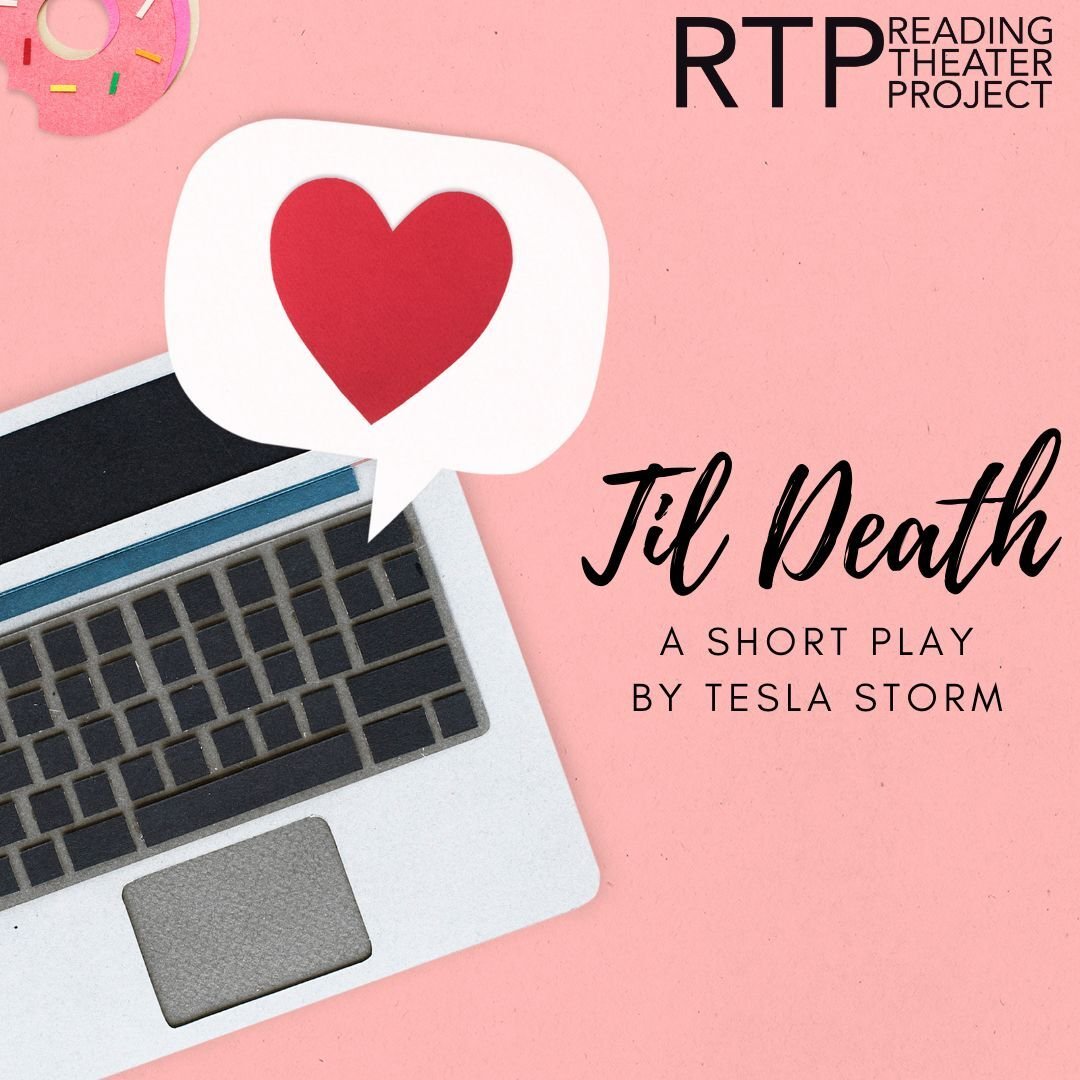 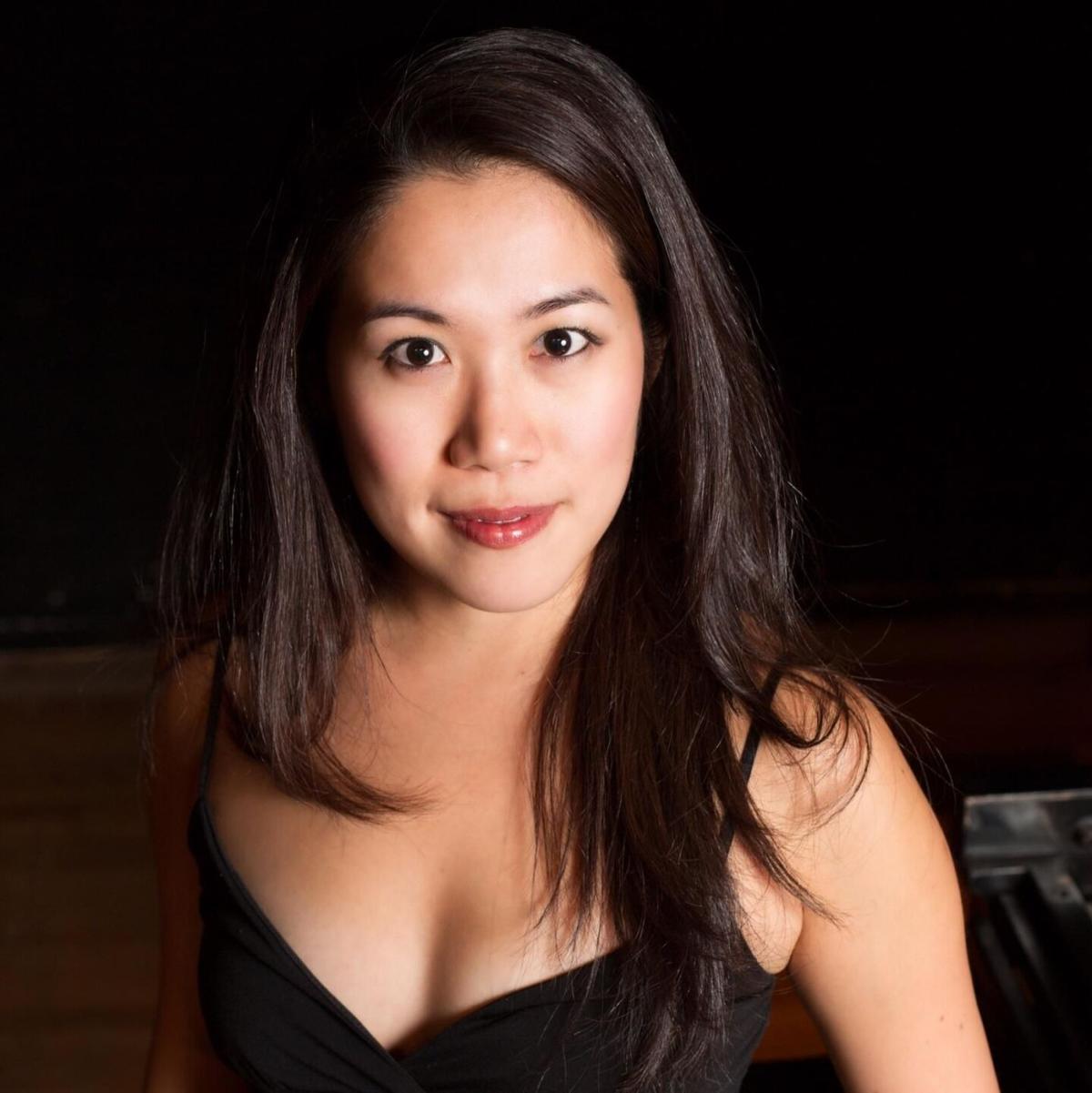 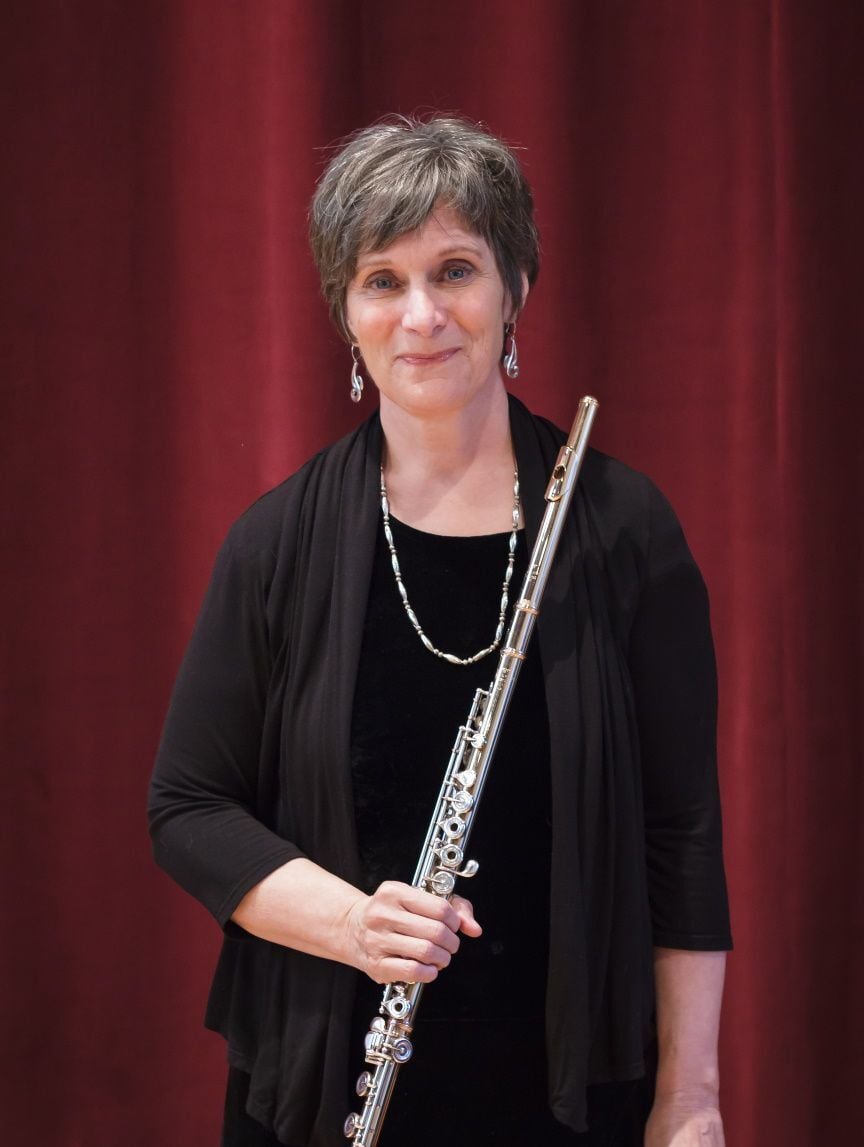 Sunday is Valentine's Day, and local theaters are offering plenty of love and romance with comedies, music and drama, both in-person and online.

"Married, Engaged & Suzanne" returns after its hit debut last year, and is a hilarious but touching look at three different stages of a relationship. The story is told through the eyes of Darlene, who is married; Melissa, who is engaged; and Suzanne, who is looking for love. Through their ups and downs, and trials and tribulations of sticking it out with Mr. Right, or, in Suzanne's case just finding him, they discover that no matter what, they are stronger than they ever anticipated.

Playing the trio of lovelorn ladies is Jennifer Wills as Darlene, Abigail Garrigan as Melissa, and Amber Blatt as Suzanne.

"Married, Engaged and Suzanne" is written and directed by Oliver Blatt with orchestrations by Stacy Bechtel, and costumes and props by Stacey B. Yoder. The show features a sparkling original score with titles such as "He Ain't No Romeo, But He's Mine," "A Night of Romance," "I Caught a Keeper," as well as "That Was a Choice."

Food is available for purchase a la carte.

The theater is following social distancing guidelines, and certain tables are available and others are being seated at a reduced capacity.

MunOpCo Music Theatre of Allentown is hosting an online Valentine's Day cabaret, Love MunOpCo Style, this weekend. The show will feature all kinds of love songs from all a variety of performers.

The cabaret will be live-streamed at 7 p.m. on Saturday and 3 p.m. on Sunday on MunOpCo's YouTube channel.

Star of the Day kicks off 2021 online cabaret series

Star of the Day event productions, based in Hellertown, Northampton County, will kick off its 2021 online cabaret series with "Harden My Heart," which Star of the Day founder Kirsten Almeida calls "a Valentine's - ish cabaret" at 7 p.m. on Feb. 16.

"We understand not everyone has a valentine on Valentine's Day," Almeida said, "so we're singing about love, loneliness, breakups, all the ups and downs of relationships."

The virtual cabaret is free and will be streamed on Star of the Day's YouTube channel.

Reading Theater Project begins its new play series with "Til Death," a play for Valentine's Day, sort of.

The short play by local playwright Tesla Storm will have its premiere on Facebook at 7 p.m. on Thursday.

In the story, former couple Danny and Vivienne reconnect at a friend's funeral. Vivienne needs something from Danny and a funeral may not be the best place to ask, but avoiding the insanity of their previous relationship proves more difficult than anticipated.

There is no charge to watch the play, and the performance will be followed by a Zoom talk back with the playwright and actors.

The performance is not suitable for children.

Jim Brickman to give virtual concert

Jim Brickman, award-winning pianist and songwriter, will celebrate Valentine's Day by performing five concerts this weekend that will be lived streamed to benefit 75 stages across the country, including the State Theatre in Easton, where Brickman performed in 2007.

Brickman's "Love by Request" concerts will be streamed at 9 p.m. on Friday and 7 and 10 p.m. on Saturday and Sunday.

Brickman's concerts are one-man shows with a couple special guests.

For the Valentine's Day show, one of his special guests via Zoom will be Olivia Newton John, who will sing Brickman's hit "Valentine," which was originally sung by Martina McBride. Audience members will be able to interact on chat and make requests.

Brickman has had 21 number-one albums and 32 Top 20 radio singles, as well as been nominated for two Grammy Awards, and won gospel music's Dove Award, two songwriter of the year awards, and the Canadian Country Music Award.

In 2020, Brickman released his "25th Anniversary: Greatest Hits" album, on which he sang all of his own hits for the first time.

For his concert, he promises all the hits and one or two new songs from his latest album.

Tickets are $50. Ticket buyers must use the coupon code "lovestep" to direct the donation from the ticket price to the State Theatre.

Community Music School - Lehigh Valley & Berks will premiere the first of three parts of its virtual "Women in Music" lecture-recital series at noon on Feb. 17.

The program was originally supposed to be an in-person "brown-bag" program in 2020 but was canceled because of the COVID-19 pandemic.

Now, the free lunchtime program will be held the third Wednesday in February, March and April on Community Music School's YouTube channel.

CMS faculty members Julia Katherine Walsh, soprano, and Tzu-Hwa Ho, piano, will present and perform selections highlighting the evolving roles of "Women in Music" in the three-part virtual series which explores women in music as muses, performers, and composers.

Next on March 17 is "Women as Performers," which will feature songs that were calling cards for singers such as Joan Sutherland, Kathleen Battle, and Beverly Sills.

The final part on April 21 is "Women as Composers" and will highlight the works of female composers such as Clara Schumann, Fanny Mendelssohn-Hensel, Gloria Coates, and Amy H.H. Beach.

The program is free, but reservations should be made to receive the link and additional materials. Viewers also will be able to chat and ask questions of the performers during the program.

Recordings of the programs also will be archived on CMS's YouTube channel.

Zoellner Arts Center at Lehigh University in Bethlehem is launching "On Stage At Home" its inaugural virtual guest artist series.

The series features six performances recorded exclusively for Zoellner Arts Center for online release for the spring 2021 semester. The programs are offered for free, but donations are appreciated.

The season kicks off with a performance by a contemporary dance troupe Sankofa Danzafro, available for viewing online through March 5.

Sankofa Danzafro is an Afro-Colombian dance company, which performs its work "The City of Others." Rafael Palacios, artistic director and choreographer, created the work by drawing from the troupe's personal experiences with racism and oppression in their daily lives.

A performance by Ulysses Quartet, a youthful string ensemble whose repertoire include Bach, Haydn, Schubert and Ravel, is available Feb. 26 to March 26.

A performance by Grammy Award-winner Dom Flemons, a songwriter, music scholar and multi-instrumentalist, is available April 9 to May 9.

Returning to Zoellner is jazz bassist and vocalist Casey Abrams, who previously performed with Postmodern Jukebox, will have a solo performance available April 30 to May 30.

The final performance by multi-platinum recording artist Joan Osborne, who performs "Songs of Bob Dylan" will be available May 21 to June 21.

Bach Choir of Bethlehem, which has continued its Bach at Noon concerts virtually, has rescheduled its February concert to noon on Feb. 16, when it will be streamed on Bach Choir's YouTube and Facebook pages.

Initiated in 2005, the free concert series, held on the second Tuesday of the month, was designed as a community and economic development initiative to educate new audiences about Bach's music. Greg Funfgeld, the choir's artistic director and conductor, introduces each program with an informal talk.

This season concerts are recorded live at Central Moravian, with a small ensemble of musicians all adhering to social distancing. Because of the restrictions on crowds, there is no audience. The concerts feature choral and instrumental works by Bach and other composers, introduced by Funfgeld. The performances also include discussions with the soloists about the music and the current atmosphere of performing during a time of distance and isolation for many.

The next Bach at Noon features soloists Robin Kani on flute and baritone William Sharp, both of whom will be interviewed by Funfgeld.

The program will open with Georg Philipp Telemann's Sonata in G Major, TWV 41:G4 from Methodical Sonatas featuring Kani on flute and Arthur Fiacco on cello.

Studio B Fine Art Gallery, 39A East Philadelphia Avenue in Boyertown, will host "A Love-ly Story: How the 'B' Came to Be" at 6 p.m. on Sunday on Facebook Live.

A casualty of the COVID19 crisis is Studio B's annual Valentine's Day reception honoring the donors that have supported the studio since it opened its doors in December 2008.

"We would have enjoyed our third annual 'Hugs and Kisses' celebration of our donors this year," said Jane Stahl, director of community relations. "For the past two years, we have invited them for champagne and chocolate and an array of appetizers created by artist and potter Linda Austerberry. Instead, we are celebrating our donors in several other ways."

Stahl and the gallery's director, Susan Biebuyck, will tell the origin story of Studio B and invite the audience to visit the exhibits, buy some art and donate to help the studio's efforts to bring art and culture to Boyertown. All Facebook Live events will be archived on Facebook and will soon be available on the studio's new YouTube channel.

The studio is open noon to 2 p.m. Sundays or by appointment.

As restrictions on gatherings continue, the arts are not being left behind.

Hot and steamy with sunshine and some clouds; a slight chance of a t-storm towards evening to the west.