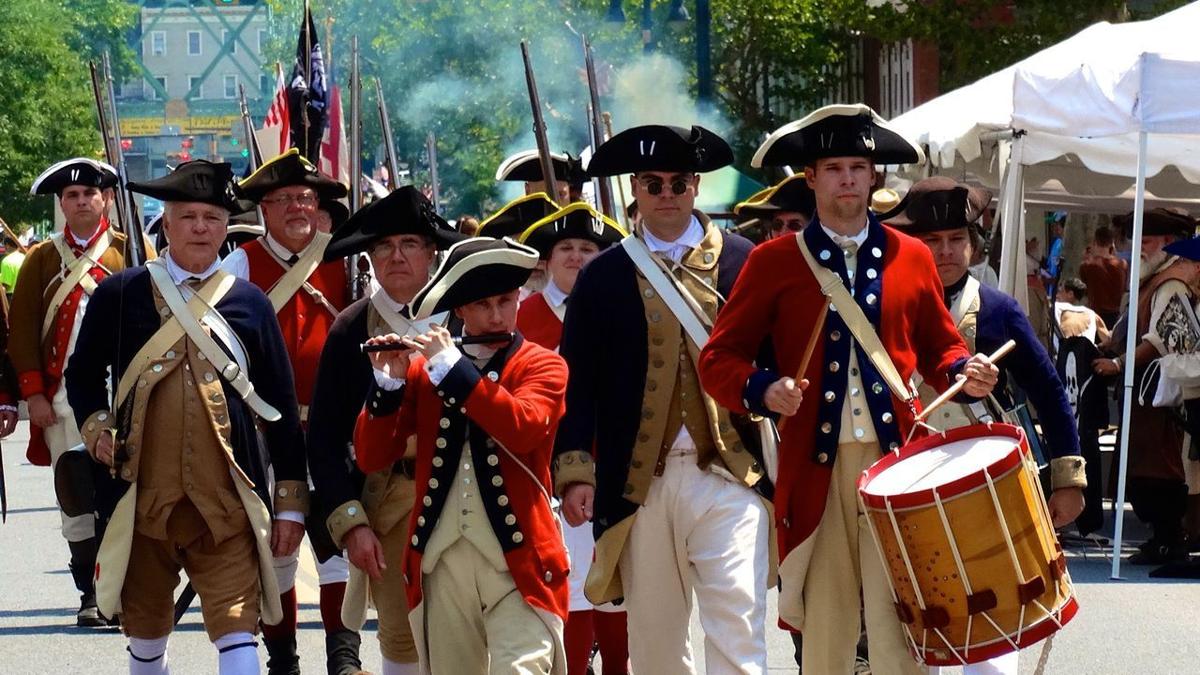 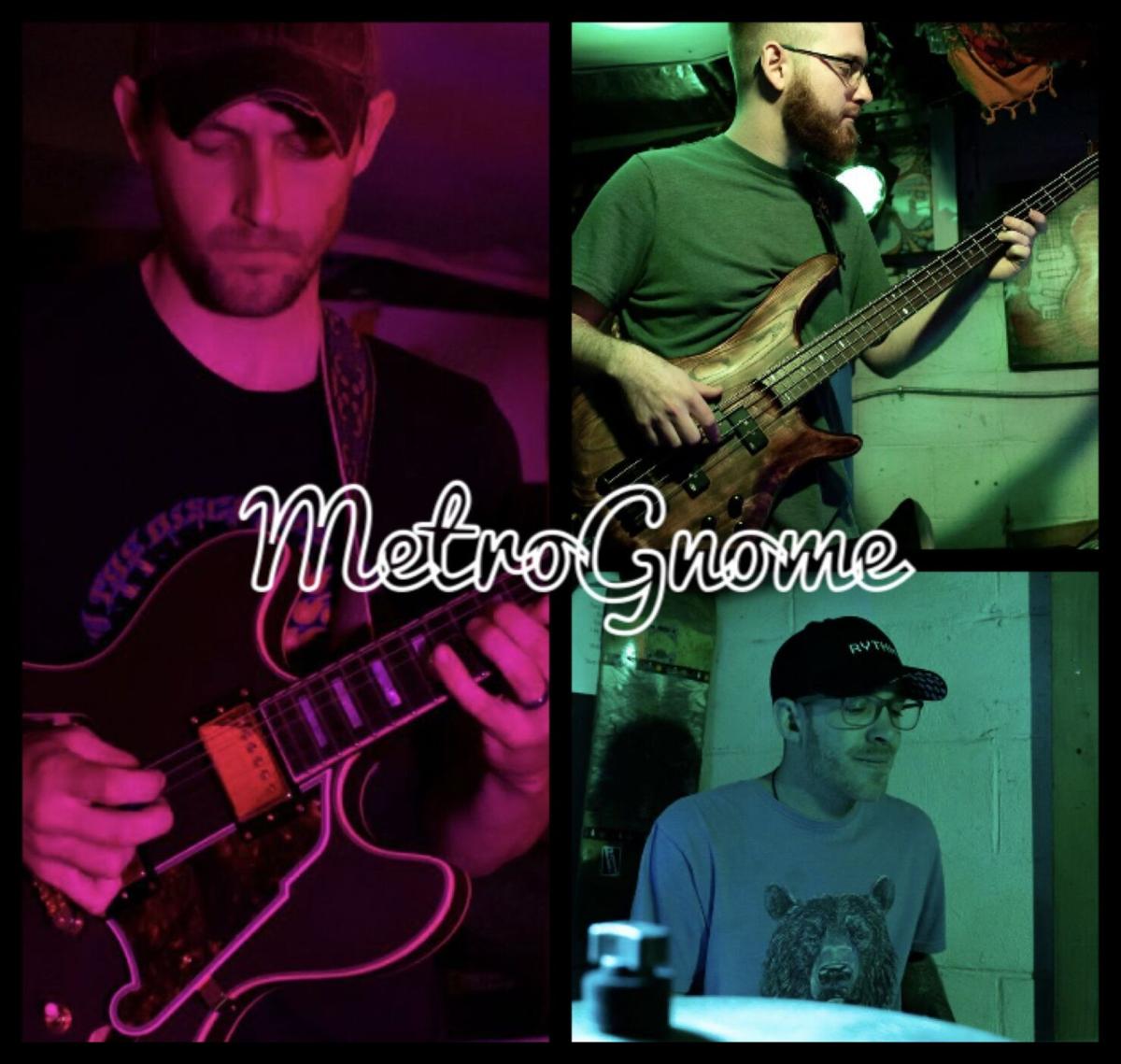 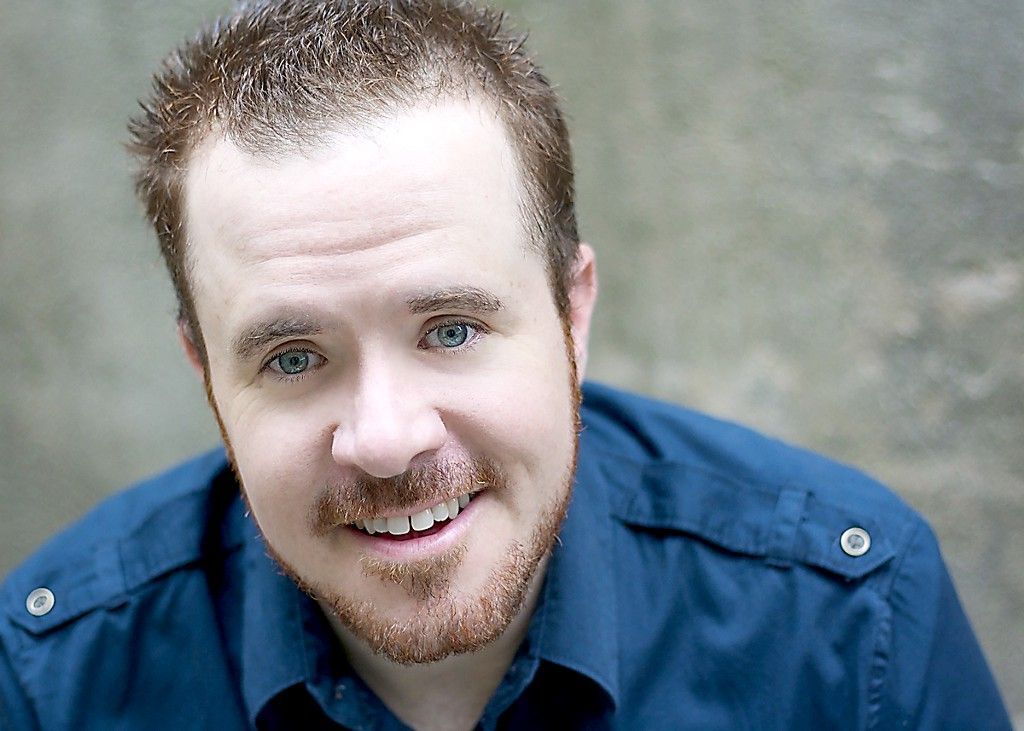 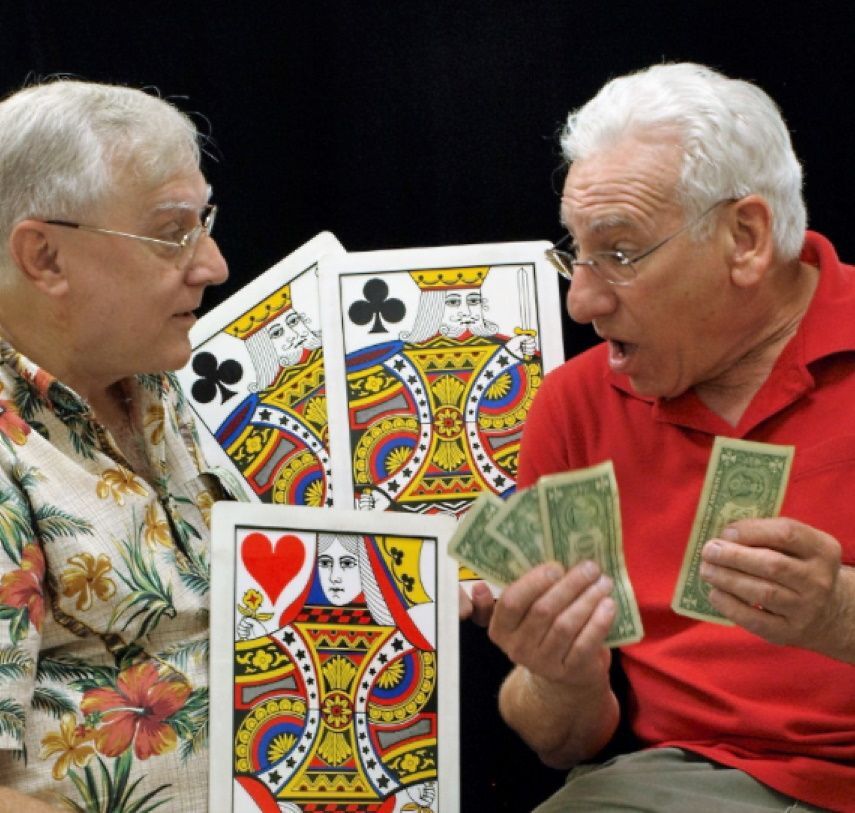 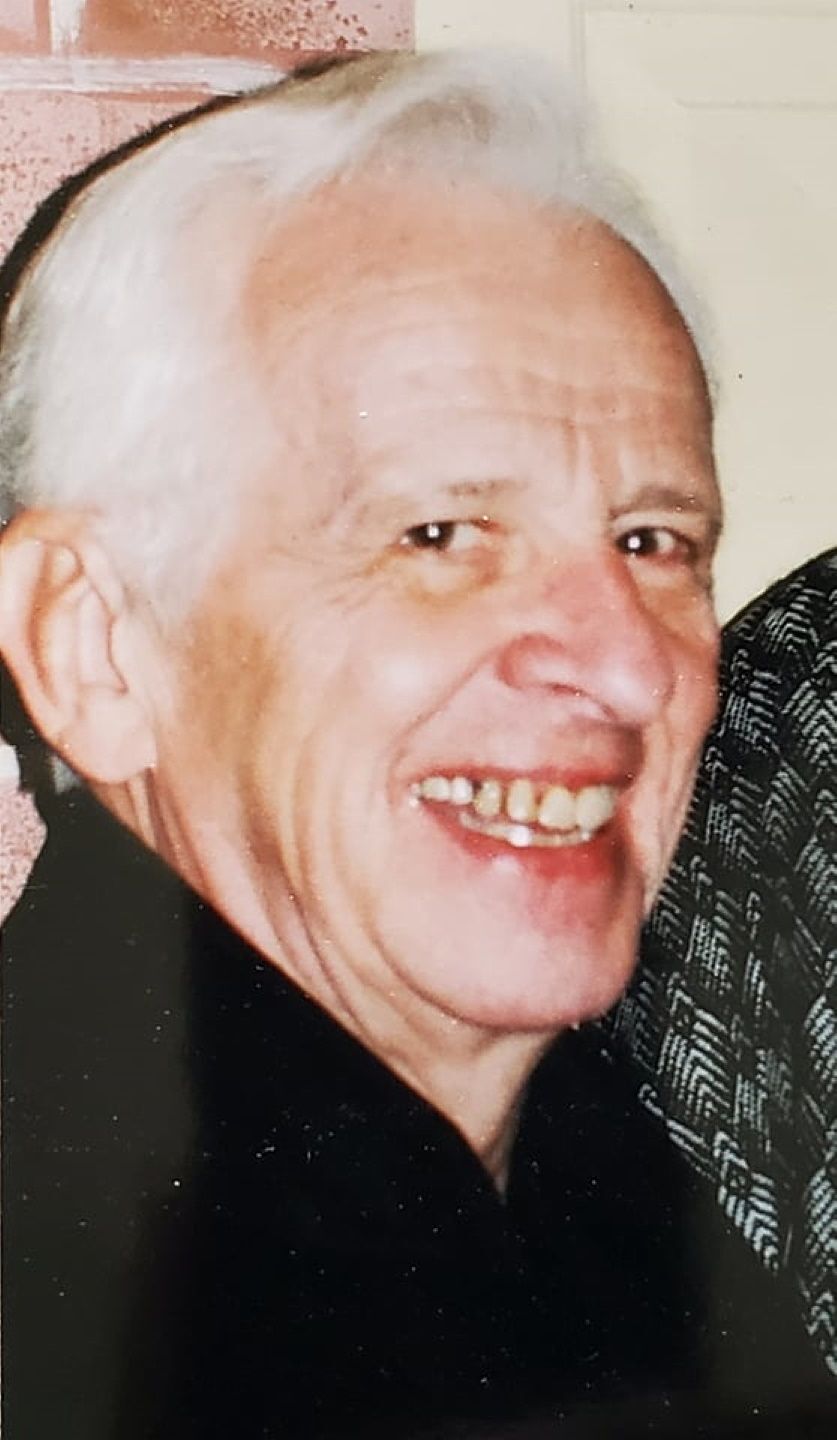 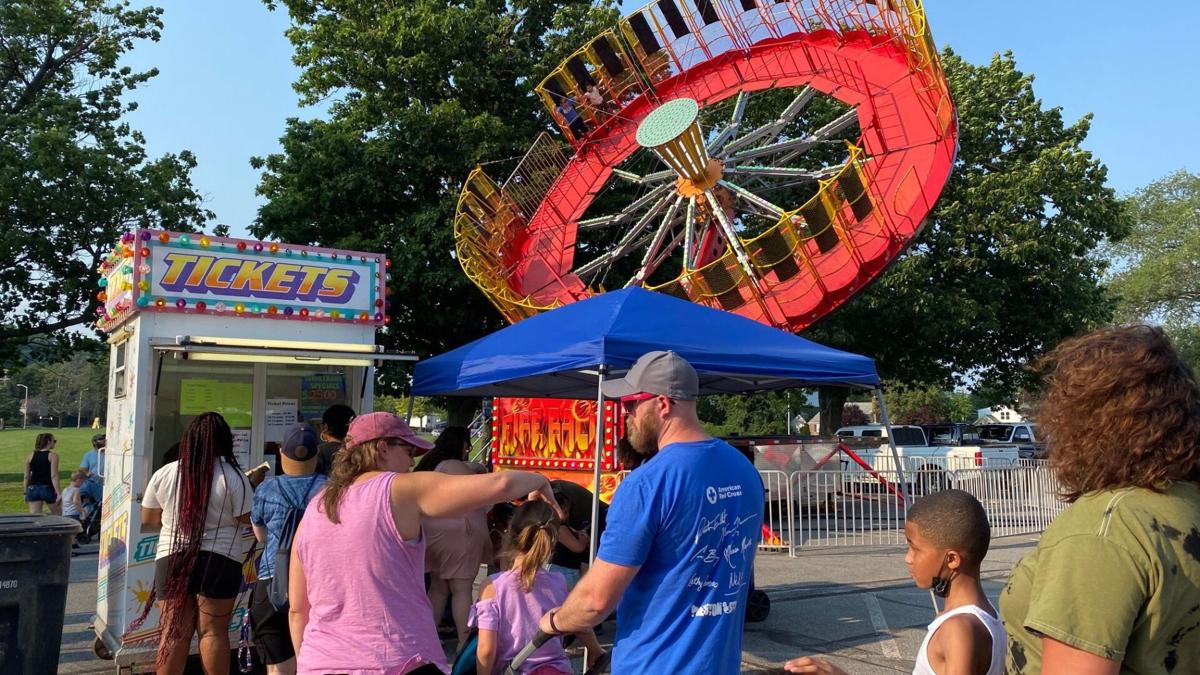 While neighboring Allentown and Bethlehem may hold parties and shoot off fireworks to celebrate Independence Day on July 4, Easton waits until the following week for its celebration, due to the city's unique place in the nation's history.

Easton is one of only three places in the United States where the Declaration of Independence was first read publicly. The historic document was read at noon on July 8, 1776, from the steps of the old county courthouse, which stood in Centre Square.

Easton will celebrate its moment in history with Heritage Day from 11:30 a.m. to 9:30 p.m. on Sunday in downtown Easton.

Heritage Day is a free, full-day family festival around Centre Square and Riverside and Scott parks that showcases local history and the heritage of many groups with reenactment events, activities for children, musical performances and a fireworks display at approximately 9:30 p.m. over the Forks of the Delaware.

The day begins with "Edge of Revolution," presented by The Bachmann Players, at 11:30 a.m., followed by the traditional reading of the Declaration of Independence at noon. Meet William Penn and Benjamin Franklin. Hear the King's proclamation against treason and sedition and Thomas Paine's reading from his pamphlet "Common Sense."

There will be a reenactment of the 3rd Regiment United States Colored Troops at 5:15 p.m.

Join Northampton County Historical & Genealogical Society in the kids tent in the 200 block of Northampton Street with games that settlers and Lenape played, get creative with craft activities, and bring the past to the present with a stop-motion movie making station.

Each year, the Greater Governor Mifflin League organizes a week-long community fair known as Greater Mifflin Community Days, which enables local organizations to raise funds and brings the community closer together. The fair is held on the campus of the Governor Mifflin Middle and Senior High schools and features more than 45 food and game stands as well as amusement rides. Nightly entertainment is provided free of charge. The week-long event is climaxed on the Saturday following the Independence Day with a fabulous fireworks display.

Thursday's events include the Flying Dutchman Aeromodelers from 6 to 8 p.m. and music by Elvis tribute artist Jeff Krick Jr. at 5:30 p.m. and Rick K. and the Allnighters at 7 p.m.

'A Midsummer Night's Dream' at PSF

Barrymore Award-winning director Matt Pfeiffer returns following his critically acclaimed productions of "Twelfth Night," "As You Like It," and "The Taming of the Shrew."

Pfeiffer's production of "A Midsummer Night's Dream" will debut as the first fully staged outdoor Shakespeare production for the festival on the newly constructed Air Products Open Air Theatre.

This new outdoor space will set the stage for the play's mismatched lovers to escape the city and enter a forest full of possibilities — the trickster Puck trips up the lovers, while a fairy king and queen feud, and a hapless craftsperson falls deep into an unpredictable love spell.

"It's a chaotic ball of energy," Pfeiffer said.

The lovers quartet includes Kathryn Tkel as the self-assertive Hermia; Akeem Davis as the fickle Demetrius; Luigi Sottile as the romantic Lysander and Brett Ashley Robinson as the persistent Helena Robinson.

All performances begin at 6:30pm. Tickets are $52 Tuesday through Thursday and on Sundays; and $60 for Friday and Saturday performances. Run time is approximately 90 minutes with no intermission.

Prologues, offering insights into the play, are held 45 minutes prior to curtain for every performance.

There will be a sign-interpreted performance on July 21.

"A Midsummer Night's Dream" will also be available for virtual streaming at 8 p.m. July 20 to Aug. 1.

The late Dan Flynn played dozens of leading men at theaters across the Lehigh Valley. Among his many roles, Flynn was Sky Masterson in "Guys and Dolls," Harold Hill in "The Music Man," Henry Higgins in "My Fair Lady," Emile de Becque in "South Pacific," Billy Bigelow in "Carousel," Captain von Trapp in "The Sound of Music," and both Cornelius Hackl and Horace Vandergelder in different productions of "Hello Dolly!"

Pennsylvania Playhouse will remember Flynn, who died at 93 in February, with "Fifty-Six Years of Flynn: The Man, The Myth, The Legend" at 7 p.m. on Saturday and Sunday at the playhouse, 390 Illick's Mill Road in Bethlehem.

The memorial performance is part of the playhouse's series of cabarets. The show will include songs from classic Broadway musical show presented by performers who have appeared on stage with Flynn.

Flynn was often referred to as "The Legend" by fellow actors, and he was well-known in local community theater for both his acting skills and beautiful voice.

The Phillipsburg native performed in musicals and plays, and he directed several productions. He was a life-long member of both The Pennsylvania Playhouse in Bethlehem and MunOpCo Theatre in Allentown, and he was the ringmaster for the Lions Club Circus.

Flynn first appeared on stage in 1956 at Easton's Chansonnette Theatre, where he became a board member. He was regular performer at Guthsville Playhouse, Percy Brown's Dinner Theater, and Notre Dame Summer Theatre, and he assisted the director of the Freedom High School theater program.

He was also known for his skills as an artist, and his caricatures graced many program covers over the years.

Admission is a suggested $10.

Virtual Bach at Noon in July

The seventh summer of Bach's music in Allentown continues July 13 with a virtual Bach at Noon presented by The Bach Choir of Bethlehem at St. John's Lutheran Church in downtown Allentown. The concerts will be videotaped, featuring smaller ensembles of musicians and with no audience present.

The concert will be presented online at noon on The Bach Choir's YouTube channel.

Free will offerings are appreciated.

Magic show at IceHouse in Bethlehem

Enjoy an evening of magic, foolishness, and the art of the con at 7:30 p.m. on Friday.

See magic, classic vaudeville routines, and if Bruce can keep from being "cheated again."

The Ice House is located at 56 River Street in Bethlehem.

Music is back for 2nd Friday from 6 until 8 p.m. at Sixth and Penn avenues. This month will feature MetroGnome, providing a blend of everything from funk, fusion, jazz, rock, blues, and psychedelic sounds. The band is made up of Jordan O'Reilly, bass, Mason Painter, drums, and Justin Scroble on guitar.

Start off 2nd Friday with Fleet Feet West Reading's Doughnut Dash. The run starts at Fleet Feet, 705 Penn Avenue, at 6:30 a.m. and follows a 3-5 mile loop through the Wyomissing Park system. Stick around the store afterwards for some Benchwarmers doughnuts and coffee.

Events, music and promotions will be listed on the 2nd Friday Facebook event page.

Visit WRCRF's website to learn more about merchants, upcoming events and the Sunday farmers market from 9 a.m. to noon weekly on the 500 block of Penn Avenue and Sixth Avenue.

Tour several gardens in the Hamburg area that have been certified through National Wildlife Federation's backyard wildlife habitat program.

Meet at Our Town Foundation, 320 State Street, to pick up the Hamburg Garden Tour guide and purchase tickets on the day of the tour. There will also be light refreshments and door prizes, which will be drawn at 1:30 p.m.

Pre-sale tickets cost $5 and can be purchased at Our Town Foundation and State Farm office, 124 South Third Street. Day-of tour tickets are $6. The tour runs from 10 a.m. to 2 p.m.

Things to do: Fireworks, concerts for Independence Day

Independence Day is this Sunday, and that means fireworks. This year, with COVID-19 restrictions easing, communities are getting back to normal with public celebrations and concerts.