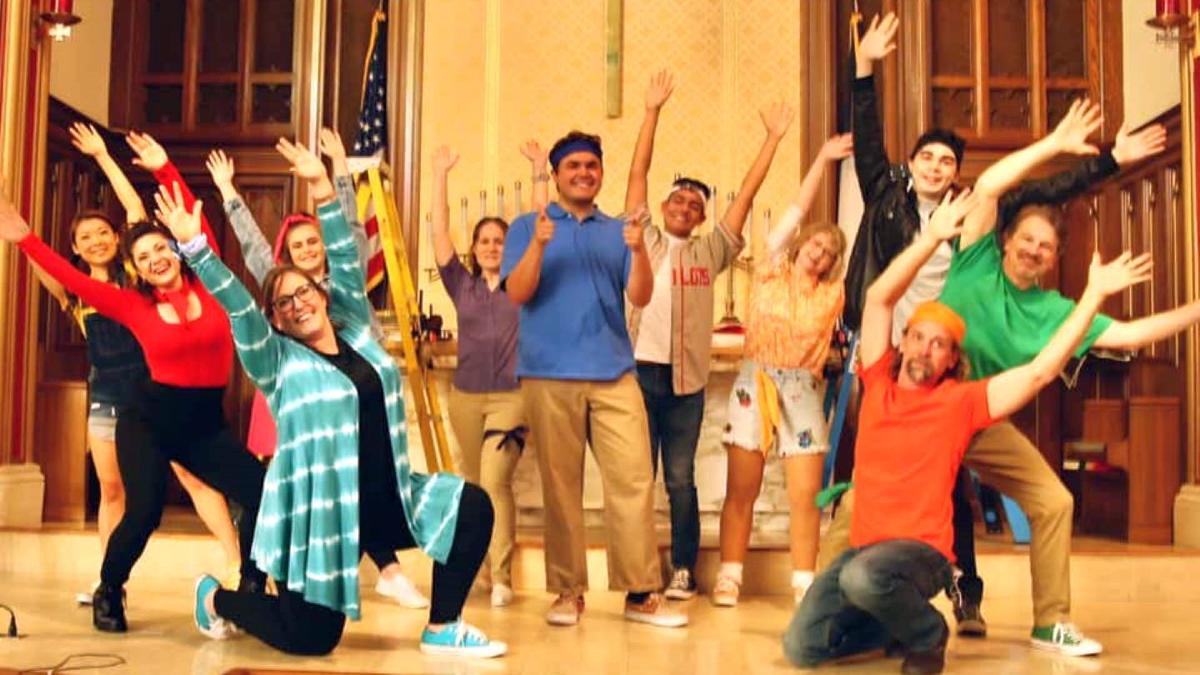 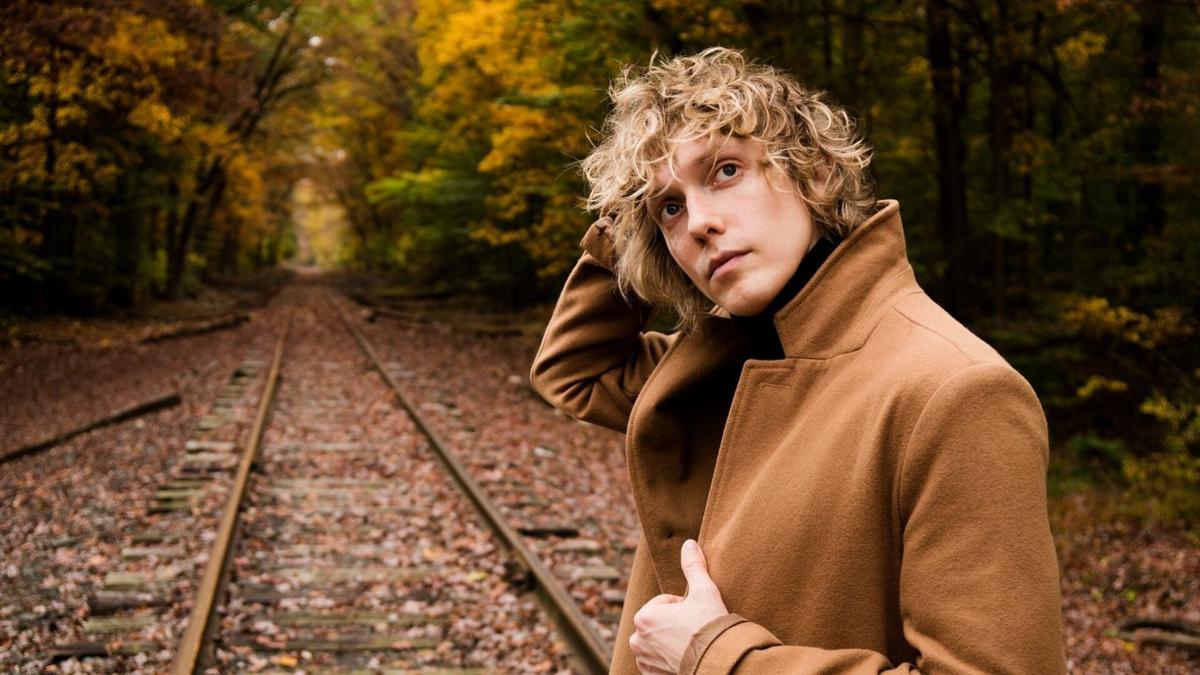 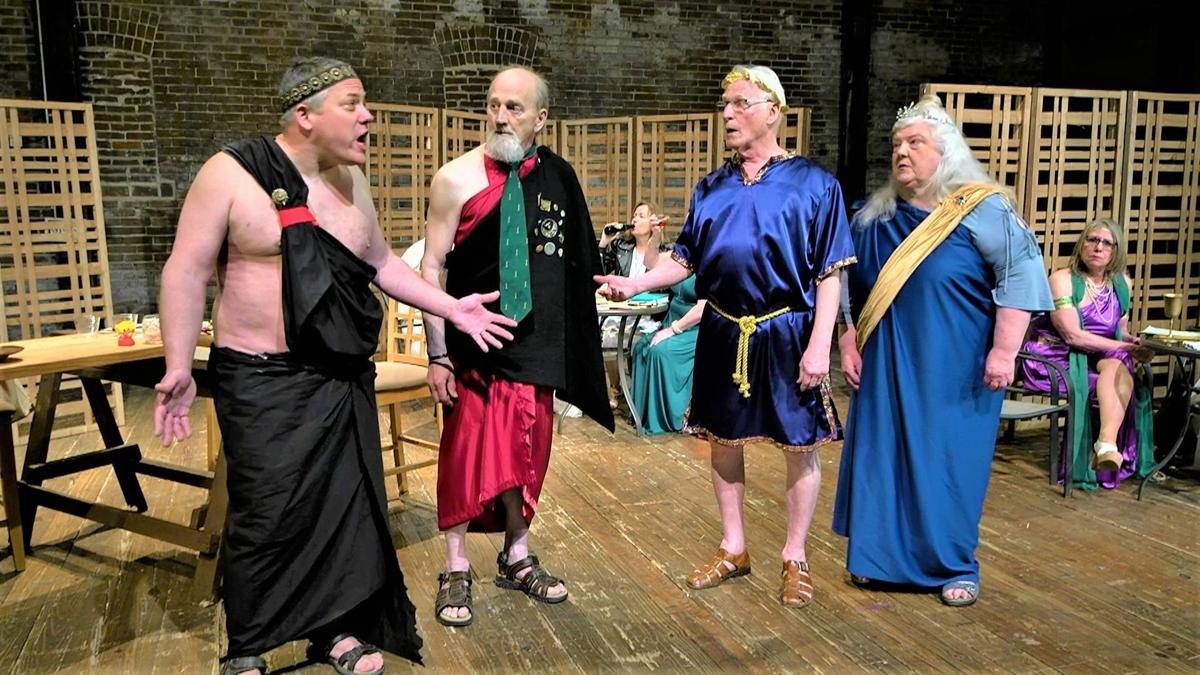 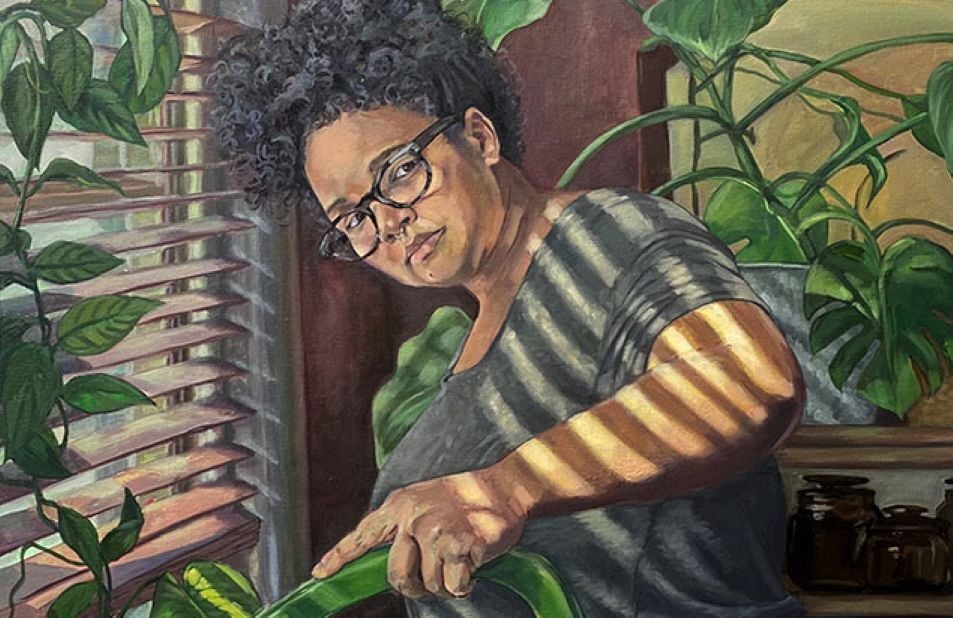 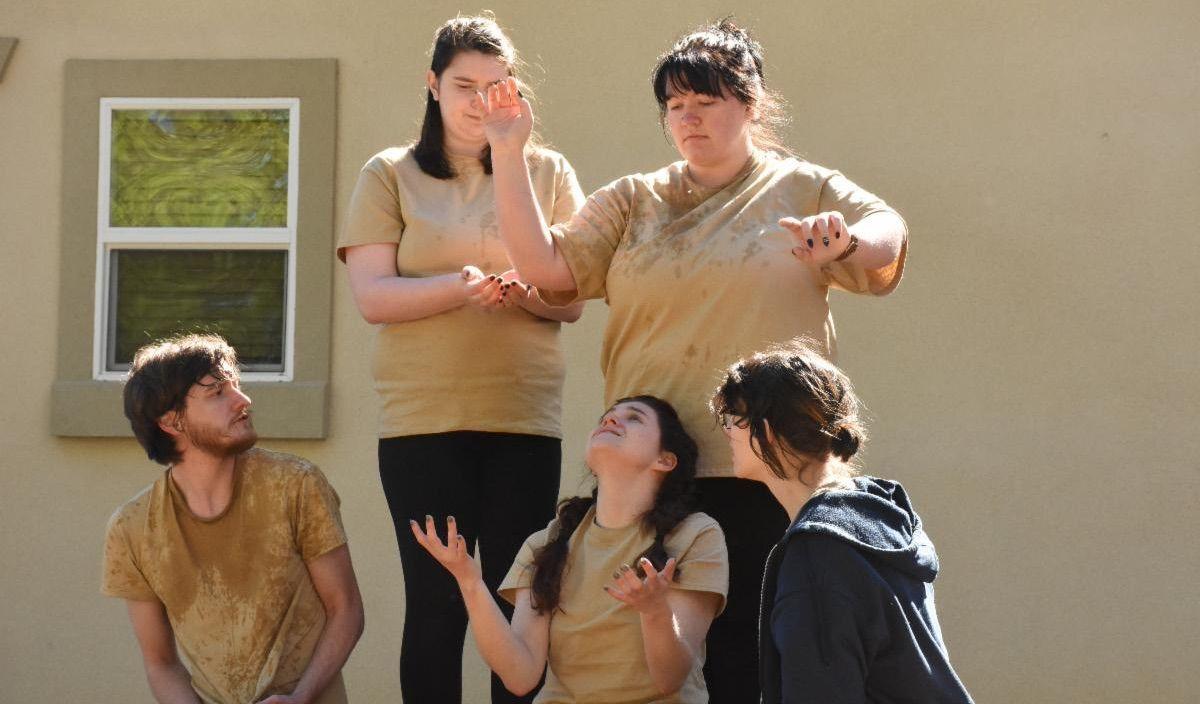 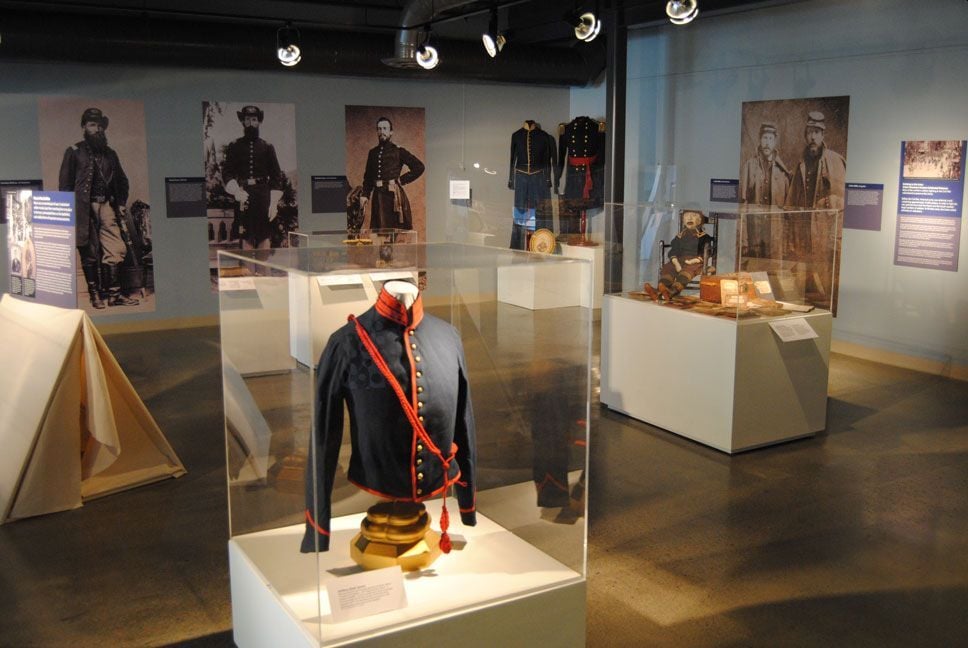 Things continue to open up as more and more theaters return to the stage with live theater. This weekend, numerous theater groups across Berks, Lehigh and Northampton counties will present productions that range from classic drama to musical theater to original fare.

Reading Civic Theatre said it is thrilled to be back on stage for its production of "Godspell."

The Stephen Schwartz musical will be presented live at 8 p.m. on Friday and Saturday and at 2 p.m. on Sunday at Alsace Lutheran Church, 2201 Kutztown Road in Muhlenberg Township.

The musical is structured as a series of parables, primarily based on the Gospel of Matthew and includes songs like "Day by Day," "Light of the World," and "All Good Gifts."

A journey through Bible stories told in fun, comedic, and heart warming ways incorporates both modern and vintage styles to create a unique show.

Tickets are $25 for adults and $20 for 18 and under. CDC guidelines will be followed, and everyone must wear a mask.

"Fresh Voices" has been a staple of Touchstone's apprentice program, which has fostered more than 70 theater artists over the last 20 years. This season marks the second year of Touchstone's partnership with Moravian College in Bethlehem, converting the longstanding apprenticeship into an MFA-granting program.

"Fresh Voices" gives apprentices an opportunity to explore and create their own solo and ensemble-based original theater. This year's showcase features five short solo pieces (15 minutes each) and one longer group piece (30 minutes), broken up into three different tickets to accommodate the performances' different venues and the need for COVID safety.

The first ticket option takes place indoors at the Touchstone Graduate Hub with "The Conversation Parlor" by Matt Prideaux - a one-on-one interactive performance exploring the lack of intimacy that we've all faced over the past year. Performances are in 30-minute time slots between noon and 3 p.m.

The second ticket option performs in Touchstone's black box theater and features "Salvage" by Abbie Jean Litman and "Baby Teeth" by Kat Anderegg. "Salvage" is a storytelling piece that explores the beauty that lies in brokenness and the journey of reconstructing the fragments of oneself. "Baby Teeth" takes the audience into a mysterious world of reflection, memory, and the folklore we create around ourselves in order to maintain our desired identity. Performances are at 6 and 7 p.m.

The third ticket features three performances outside on Touchstone's new Barrio Stage. "Hello, My Name Is Eloise" by Jessica Boothe is a storybook come to life about the struggles of moving to a new city. Eloise, the cat, learns about her fears and the world around her. "Speak In Starts" by Sara Group is a fast-paced autobiographical romp through various Shakespeare plays and characters that have left a serious impression. "After Everything" by the entire class of 2022 is a story of a group of people exiled and bound together by a silencing mark, who discover new landscapes and a possible savior. Largely a movement-based piece, it examines the consequences that come with getting what you want, and how to find moments of joy when things seem hopeless. Performances start at 8 p.m.

Audience members are encouraged to plan a day around the performances. Pick one ticket or all three of them, based on comfort level with being indoors. Note that all performers are fully vaccinated.

In case of rain, outdoor shows will take place on Sunday. Tickets are a suggested donation of $10.

Crowded Kitchen Players' new comedy, "Corner Booth," will be presented in person at the IceHouse, 56 River Street in Bethlehem.

The show takes place in a small pub on the outskirts of a midsize city in the commonwealth, where every Friday, the region's corrupt power brokers gather to drink and determine the lives and fates of the citizens who put them in power.

Ellie Snyder (Trish Cipoletti) is the fiscally conservative county executive who settles into the corner booth at the bar to meet with political party boss, Molly Kessler (Pamlea Wallace).

Molly is accompanied by her daughter. Heather (Dawn Daignault), who has been in and out of rehab and has only avoided jail because of her mother's influence.

Molly wants Ellie to run for higher office, and Ellie has her eyes on the governor's seat.

Things start to get out of hand when a group of angry parents whose children have been arrested for small crimes and sentenced without due process, show up to confront the judges. Tempers erupt and charges are leveled as fights break out and the night begins to spiral drunkenly toward chaos.

The language of the script is coarse, and the subject matter is mature and often gritty.

Crowded Kitchen Players will follow the CDC guidelines for masking and distancing that apply at the time of performance. Seating is general admission. Tickets are $15 and available online or at the door.

Visitors are encouraged to purchase a timed ticket in advance to help ensure social distancing within the galleries.

Admission is $7 for adults; $6 for students; $5 for seniors, active military and children age 3 to 12; and free children under three. There is free admission on Sundays.

The free, family-friendly event features more than 100 local artisans representing a wide variety of handmade items and is held on the lawn of the historic 1740-1743 Whitefield House at 214 East Center Street in Nazareth.

Entertainment by The Who Knows band will be from noon to 2 p.m.

The Banana Factory in Bethlehem invites guests to its first in-person First Friday in more than a year.

Starting at 6 p.m., the venue at 25 West Third Street, will have its galleries and artist studios open to visitors with special events, tours, music and glassblowing demos.

The exhibitions include "Compendium: Playlist" in the Crayola Gallery, which asks artists to consider the rich history behind the connection of the visual arts and music.

Mixed media fiber artist Mallory Zondag's "What Will Become of Us" will be in the Banko Galley, and Zondag will give an artist talk.

Lauren Beauchner's work also will be on display in her show "Reflector."

On the third floor, Becky Shoemaker will demonstrate glass fusing in the Mosaics/Fusing classroom; and printmaker Keith Garubba will offer a make-and-take paper marbling experience in studio 343.

There will be live music from Smooth Retsina Glow in the Crayola Gallery.

Throughout the south side, there will be live music, backyard games, and an ice cream and slushie stroll.

Andrew Polec, Doylestown native and star of the international tour of "Bat Out of Hell," brings his new concert, "Legacy of Love," to the Bucks County Playhouse's Broadway Spotlight Concert Series. The music will include musical theater and rock n' roll with a homage to the recently deceased rock legend Jim Steinman. He will perform with the Michael Bond Quartet. Performances will be at 8 p.m. on Saturday and at 2 p.m. on Sunday.

Polec earned rave reviews and won The Joe Allen Best West End Debut award, decided by public vote, at the Stage Debut Awards for his performance as "Strat" in "Bat Out of Hell: The Musical" at the Manchester Opera House and The London Coliseum. He reprised the role on the West End in London and Toronto before leading the cast at the New York City Center. A graduate of the Brown/Trinity Rep MFA program, Polec appeared off-Broadway in "The Fantasticks" at the Jerry Orbach Theater and has performed at the Hudson Valley Shakespeare Festival, Providence Fringe Festival, and with the Trinity Repertory Company. His television credits include "Katy Keene" and "Prodigal Son."

Things to do: Relive 1876 World's Fair in Bethlehem

Mostly sunny and much more comfortable.