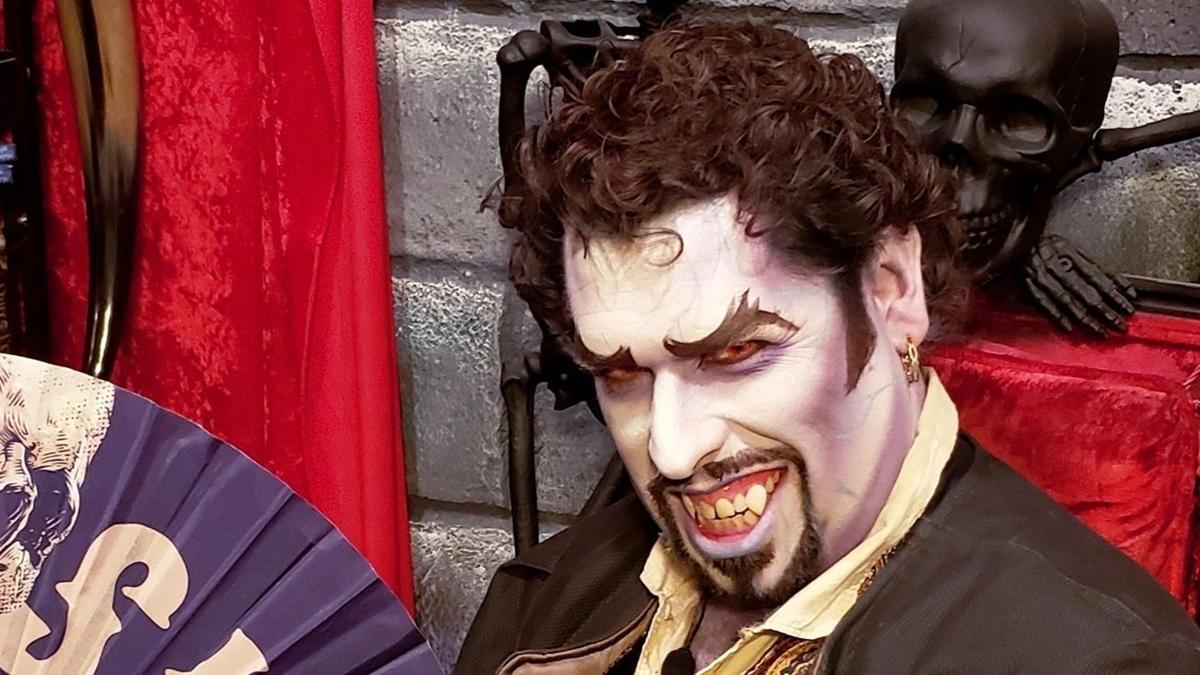 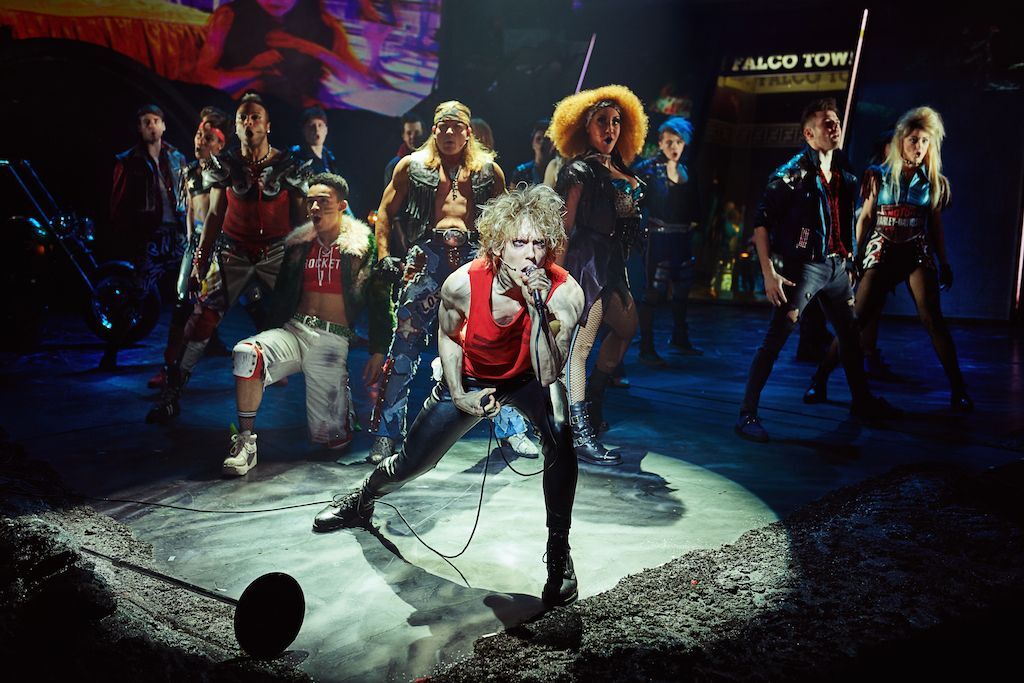 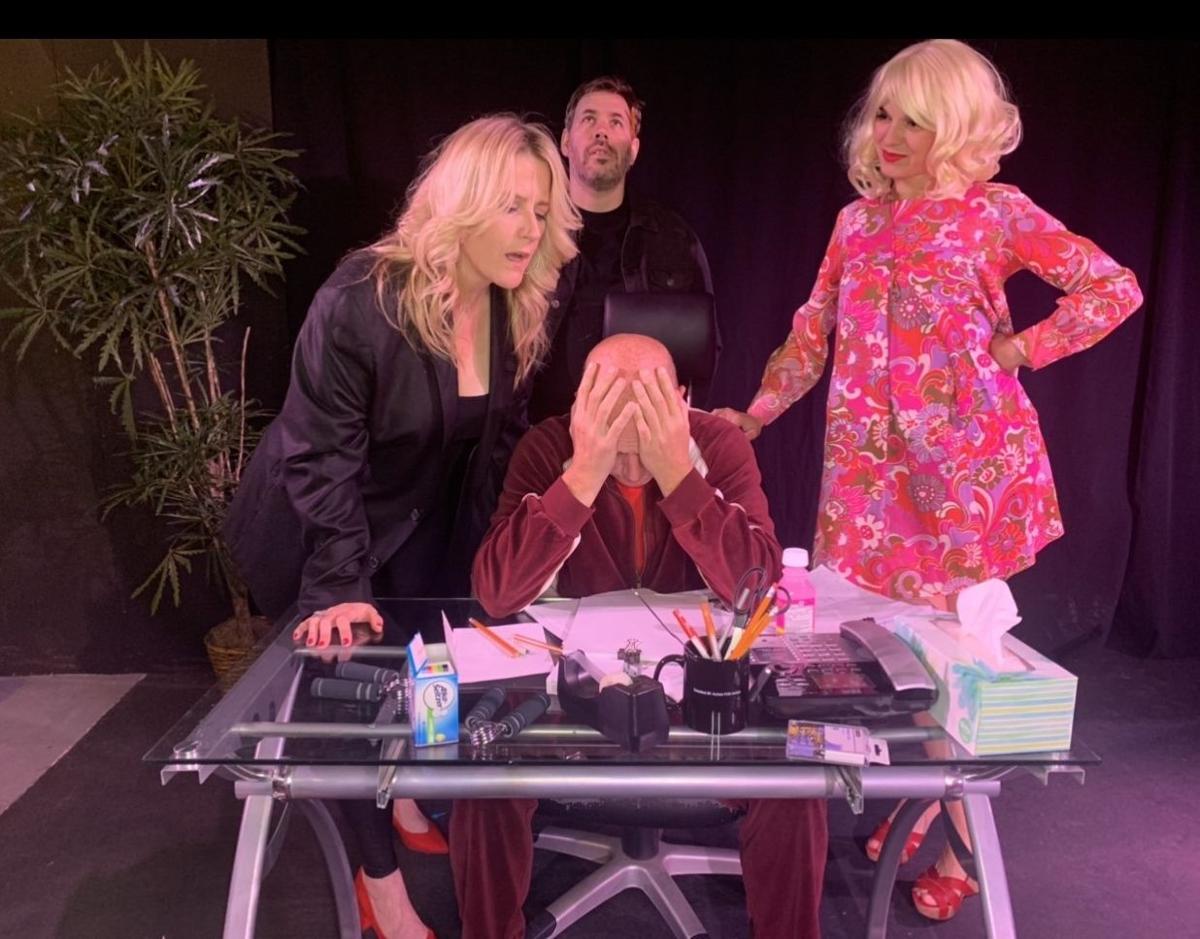 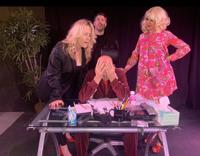 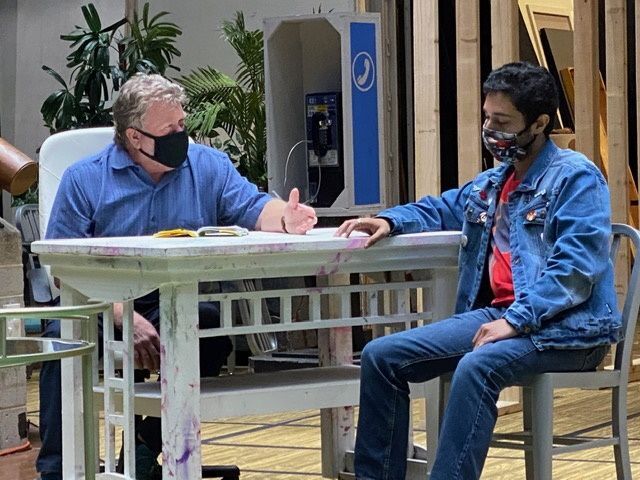 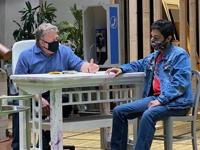 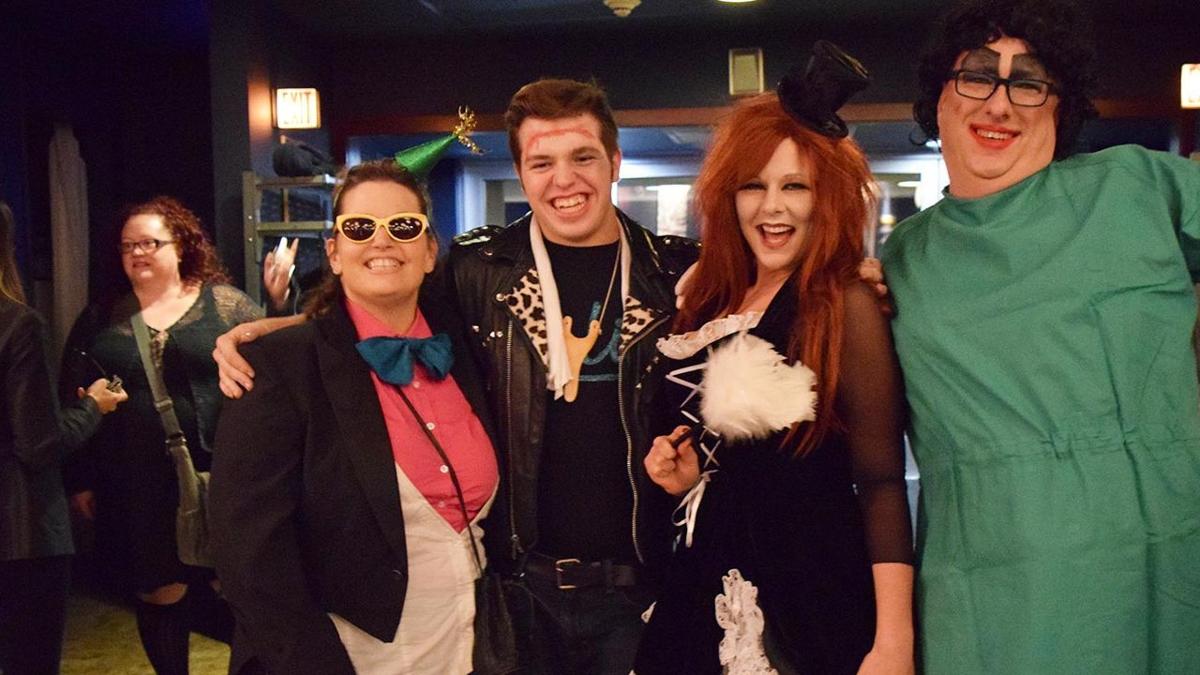 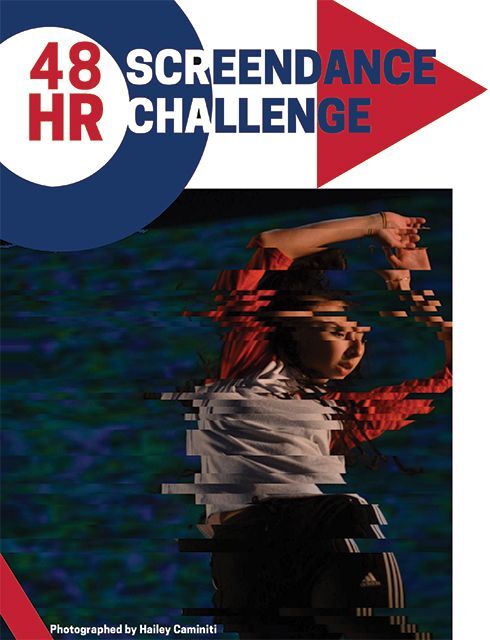 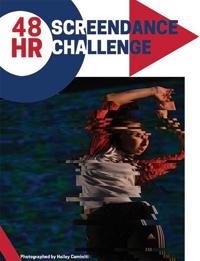 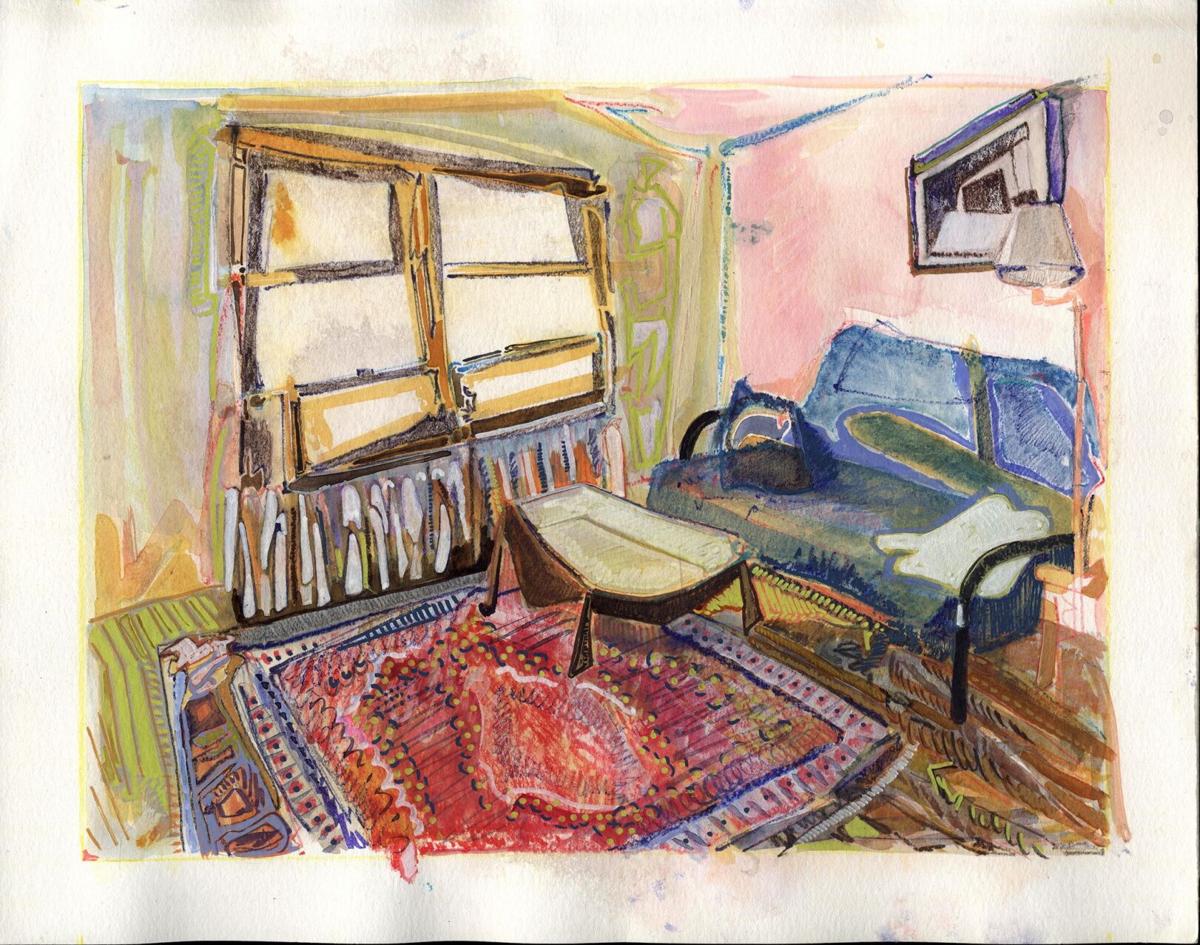 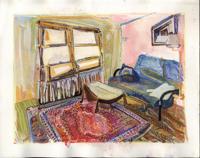 Halloween is this weekend, and there is spooky-themed entertainment to give audiences a thrill across the region, from stories by Poe to Rocky Horror.

The Lehigh Valley's Star of the Day Productions is celebrating Halloween with its virtual performance of "Hocus Poe-cus" on Friday.

The performance will feature dramatic readings of some of Edgar Allan Poe's greatest works and will be hosted by Lord Damian MacDonovan, "a 300+ year old Scottish Vampire." Readings include "The Raven," "Annabel Lee," "The Cask of Amontillado," "The Tell-Tale Heart" and more.

MacDonovan is the vampire alter ego of Benjamin Ruth and has appeared at haunted houses and hosting horror movie marathons.

The show will be live streamed at 8 p.m. on Friday.

Tickets cost $20 and are available online.

Grab a seat in the region's most unique theater, the museum's Neag Planetarium, to experience "The Rocky Horror Picture Show" in three showings at 7, 9, and 11 p.m. on Friday.

Richard O'Brien's "The Rocky Horror Picture Show," featuring a rock score, is a comedic homage to classic B sci-fi film and horror genres. As a result of a thunderstorm and flat tire, newly engaged Brad and Janet find themselves at the doorstep of the mansion of Dr. Frank-N-Furter, an alien transvestite scientist. He unveils to them his latest creation, an artificially made, physically perfect man named Rocky. As they meet a houseful of wild characters, Brad and Janet's innocence and commitment to each other is tested.

The film, which was made in 1975, became the longest-running release in film history.

Tickets are $15 and prop bags are available for $5.

Reservations are suggested due to limited seating. To reserve your seat and participate in an evening of active viewing, call 610-371-5850 ext. 230. Tickets will not be sent. Your name will be on a reservation. The film is recommended for ages 17 and up.

Following safety guidelines, the playhouse reopens with the all-new show starring Jeremy Kushnier (Broadway's "Footloose," "Jersey Boys"), Brandi Chavonne Massey (Broadway's "Wicked") and Andrew Polec ("Bat Out of Hell" world tour). Polec has been staying with his parents, Doylestown resident and well-known television journalist Don Polec, since the "Bat Out of Hell" tour was postponed due to the pandemic.

The performers will present a rockin' celebration of favorite spooky tunes.

The concert is staged by Hunter Foster ("Million Dollar Quartet" and "Buddy: The Buddy Holly Story") and Lorin Latarro ("Beautiful" and "Waitress"), with musical direction by Drew Wutke.

In addition, the concert will be streamed live at 7:30 p.m. on Halloween.

Area colleges get creative with theater

Cedar Crest College Performing Arts is presenting a live performance on its stage of "A Dolls House Part 2" from Thursday through Sunday at the college in Allentown.

The play, written in 2017 by Lucas Hnath, contemplates what might have happened next after the end of Henrik Ibsen's 1879 play "A Doll's House."

The play begins with a knock on the door — the same door that was slammed shut 15 years earlier when Nora left at the end of Ibsen's iconic play. Nora has returned, and has become a successful feminist novelist. She is back to finalize her divorce from Torvald whom she needs to sign the legal papers. Nora is questioned about what she has been doing, as her family and the nursemaid react.

The play received eight 2017 Tony Award nominations and won one.

Directed by Clair M. Freeman, the show will be performed socially distanced with face shields on the stage of Samuels Theatre in the Tompkins College Center on the college's campus. There is limited seating, and the performances also will be live-streamed in screening rooms on campus.

Performances are at 7 p.m. Thursday through Saturday and at 2 p.m. on Sunday. There is no charge.

At Northampton Community College in Bethlehem Township, Northampton County, the theater department is presenting its first show of the 2020-2021 season with "Junk: The Golden Age of Debt," which will be live-streamed from the college's Lipkin Theatre.

"Junk," written by Pulitzer Prize-winner Ayad Akhtar, is set in 1985 and focuses on Robert Merkin, the resident genius of an upstart investment firm who has just landed on the cover of Time magazine. Hailed as "America's Alchemist," his proclamation that "debt is an asset" has propelled him to dizzying heights. Although the characters are fictionalized, they are based upon real-life financial figures from the 1980s such as Michael Milken and others.

Directed by Willam Mutimer, the show will be presented 7:30 p.m. Nov. 4-7 and at 2 p.m. on Nov. 8. Each performance will be live-streamed to ticket holders.

The theater department is partnering with the college's Hampton Winds Restaurant for a socially-distanced version of its "Dinner & A Show." Those watching the live-streamed production can order "dinner-to-go" from Hampton Winds and pick it up between 4 and 7 p.m. Nov. 4-7 at the restaurant, located on Gates Drive on NCC's Green Pond campus.

The cost is $25 per person, and orders must be pre-paid. To order meals, contact Carin Winans by emailing cwinans@northampton.edu or calling 484-893-0579.

Tickets for the show are $5 and available on the college's website.

An Allentown theater company will stream a production of the comedy "Four Dogs and a Bone" on Friday and on Nov. 8.

It is the first virtual production from Between The Lines Studio Theatre, which was founded by Eric Hersh and Rachel Williams.

In the play, Brenda, a seemingly inexperienced actress, takes a meeting with Bradley, a troubled, desperate movie producer, to discuss the film on which they are working. Brenda wants to be a star, but Collette, the other actress in the film, is in her way. Meanwhile, Collette has her own agenda and tries to convince Victor, the film's writer, to alter the film so she can be the heroine. Victor, a naïve writer from Off-Off Broadway, doesn’t know how to handle any of this.

The play is directed by Kelly Herbert James and stars Kate Pistone as Brenda; Jason Roth as Bradley; Williams as Colette and Hersh as Victor.

The play is being filmed and streamed at the theater's building, 725 North 15th Street, Allentown.

DeSales University's division of performing arts will present its annual 48-Hour Screendance Challenge as an online event, which will premiere at 8 p.m. on Sunday.

"Hybrid Art form" offers a glimpse at how film technology can alter, influence, and shape a unique dance experience.

An effort to foster collaborations between the departments, dance, film, and theater majors will team up to create original films that merge cinematography and choreography. The students have 48 hours to go through the entire process of filming and producing a screendance, which entails directing, rehearsing, lighting, filming, and editing.

The 48-Hour Screendance Challenge will feature five teams, and their work will be adjudicated by this year's faculty curators, E'lise Jumes and Brian McDermott.

"I invite you to question the world alongside us as the screendance challenge teams embark on a creative endeavor that is a result of what this pandemic has inspired many people to do," Jumes said.

The event will feature a live question-and-answer session with the teams after the show. Viewers are asked to stay tuned after the performance.

Studio B Fine Art Gallery in Boyertown has opened a new exhibit celebrating women in the arts and 100 years of the women’s right to vote entitled "Still Roaring 2020."

The exhibit, open through Dec. 27, showcases fine art in all media from local women artists who embody the spirit of feminism found in the flappers of 1920.

Flappers of the 1920s, considered the first generation of independent American women, embraced their equality and full humanity with spunk and unbounded energy. They pushed against tradition artistically to exert their freedom of expression. They raised their voices to mark their place in the political arena. They joined the workforce in increasing numbers and exerted their power as consumers.

And while the passage of the 19th Amendment gave women the vote in 1920, women today continue to work to benefit fully from the changes set in motion 100 years ago.

The exhibit is free and open to the public. The gallery is open for in-person viewing noon to 2 p.m. every Sunday. For information, go to Studio B's website or Facebook page.

Things to do: Kutztown quilt auction goes online for the holidays