HARRISBURG, Pa. - Pennsylvania Gov. Tom Wolf has ordered all non-life-sustaining businesses in Pennsylvania to close their physical locations as of 8 p.m. Thursday to slow the spread of COVID-19.

Enforcement actions against businesses that do not close physical locations will begin at 12:01 a.m. Saturday. 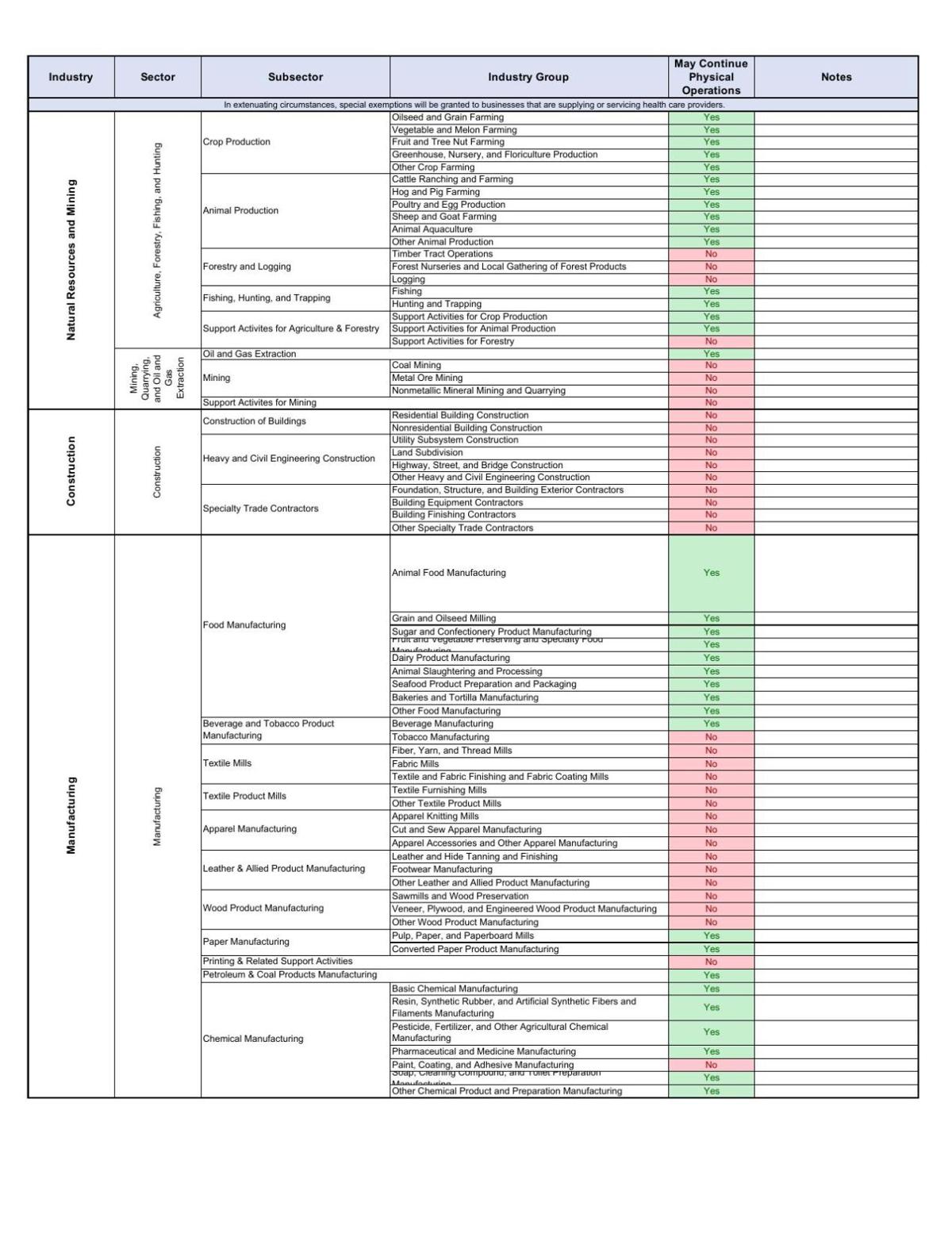 "To protect the health and safety of all Pennsylvanians, we need to take more aggressive mitigation actions," Wolf said.

In some cases, special exemptions will be granted to businesses that are supplying or servicing health care providers.

The governor had previously encouraged non-life-sustaining businesses to close to mitigate the spread of COVID-19. Restaurants and bars were already required to stop all dine-in services.

Food establishments can continue to offer carryout, delivery, and drive-thru food and beverage service, including alcohol.

Some manufacturers, transportation systems and auto repair shops, including car dealership service and parts shops, are also among the businesses that can stay open.

"This virus is an invisible danger that could be present everywhere," Wolf said. "We need to act with the strength we use against any other severe threat, and we need to act now before the illness spreads more widely."

Failure to comply with the requirements will result in enforcement action that could include citations, fines, or license suspensions.

The governor directed the following state agencies and local officials to enforce the closure orders:

The House Republican Caucus in a statement Thursday night called the administration's announcement "open-ended and short-noticed," and that the administration's actions, "announced after normal business hours, are not only an economic blow to every worker in the state right now but will have ramifications long into the future."

The caucus said it will "explore all avenues available to us to determine whether the action he’s taken is allowed within our state Constitution."

“This unprecedented national public health emergency demands leadership from all levels of government. This is a matter of life and death, without hyperbole. That’s a reality we all need to confront. In conjunction with top medical professionals, the governor is leading our state and working to make the best decisions based on medical evidence. Every hour we see more of that evidence in front of us," Democratic leaders said.

The administration said in its news release the governor was granted powers after his declaration of a disaster emergency over the coronavirus on March 6.

The secretary of health separately is authorized under the law to employ measures necessary for the prevention and suppression of disease, the administration said.

Rob Vaughn is joined by local experts, Dr. Friel and Dr. Jahre to answer your questions about the virus.

Mostly sunny and very warm; not quite as humid.

Increasing clouds with a shower or thunderstorm in parts of the area.

Clouds and breaks of sunshine; a couple of showers and t-storms around a.m.; some gusty t-storms in the p.m. could cause flooding.