COLUMBUS, Ohio - Scientists at The Ohio State University and New York University are examining dust from ground zero in New York City to learn more about the potential health effects on first responders. Researchers are taking the dust, which contains asbestos and heavy metals, and aerosolizing it to test the effect on lab rats.

"We expose animals to the dust at specific concentrations, which would be similar to what a first responder would've been exposed to on the day that the towers collapsed," explained Loren Wold, assistant dean for biological research at The Ohio State University.

Then, the scientists will examine the animals' hearts to measure any potential changes from the dust exposure.

Wold said many first responders who were in their 30s and 40s at the time of the attacks are now having cardiovascular problems.

"What they're now seeing are these cardiac complications, lung issues, as well as the early onset neurodegenerative issues," elaborated Wold. 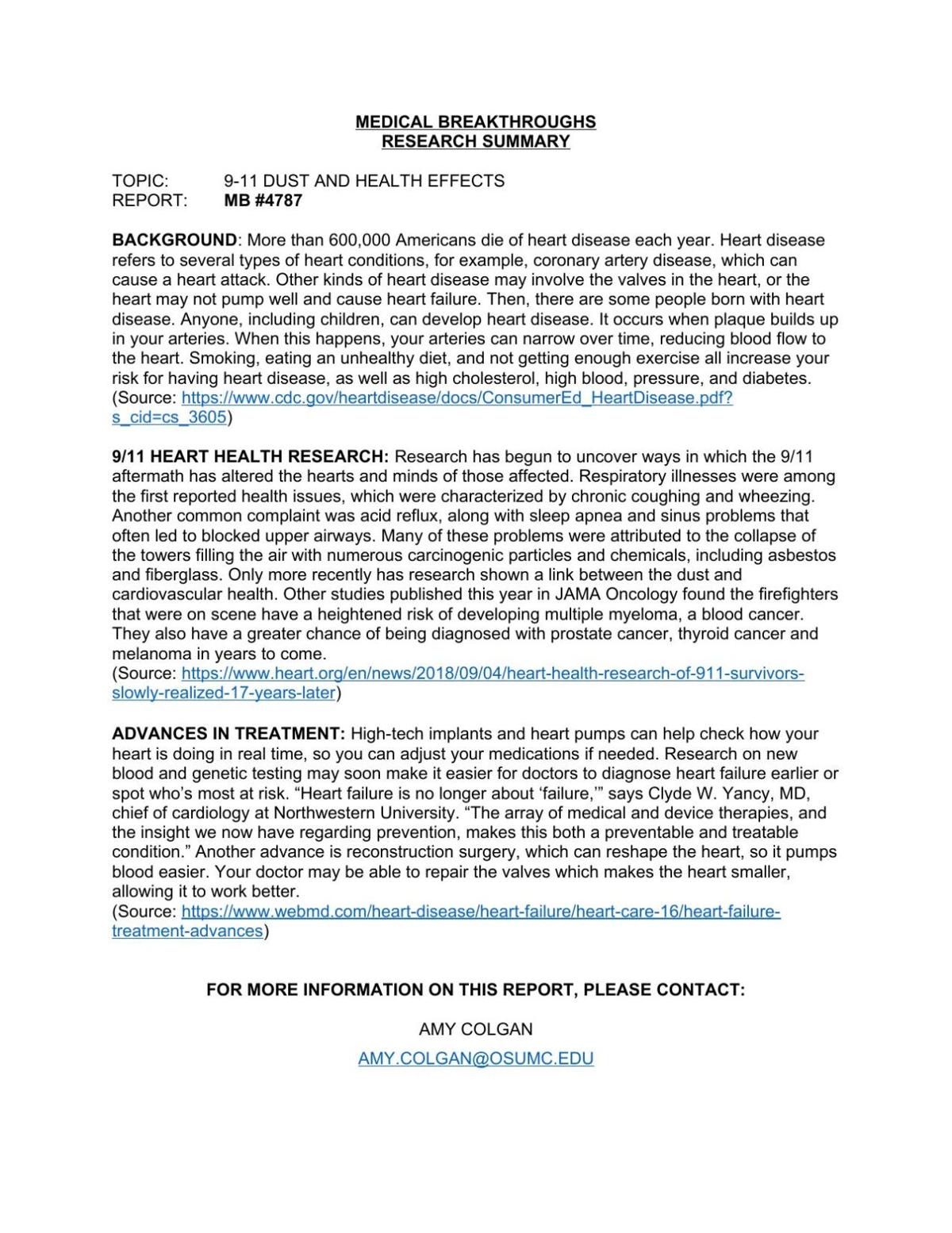 Wold said one month in the life of a rat represents about one human year, giving researchers a potential window into how World Trade Center dust could have impacted people over time.

The research team said it can also use the information in the future to study particulates in the air after other natural disasters, like bridge collapses or earthquakes.

According to a recent Gallup Poll, four in five Americans believe it is risky to go to healthcare facilities right now. Telemedicine provides a safer alternative, but for some technology-challenged people, that might not be an option. Learn how some doctors are bringing healthcare straight to the patients who need it the most.