CLEVELAND - Every year, more than one million people worldwide receive an implantable heart device, like a pacemaker or defibrillator. These complex gadgets can be lifesaving for some, but surgery to implant or upgrade them comes with a risk of infection.

"Infection is not something you can treat with antibiotics alone," said Dr. Khaldoun Tarakji, of the Heart, Vascular, and Thoracic Institute at Cleveland Clinic. "It's the consequences of the infection that make us feel really concerned about it when it happens."

A bad infection can lead to invasive surgeries, long hospital stays and even death. Typically, doctors give patients antibiotics before the procedure to prevent infection, but now, an antibiotic envelope can also be used during surgery. It's made of an absorbable mesh that wraps around the device and stabilizes it.

In a study of almost 7,000 patients, infection rates dropped by 40% when the antibiotic envelope was used.

"To prove that there's an additional intervention, an additional therapy that you can provide as a preventive measure and was able to cut down the risk by 40% is something really remarkable," Tarakji said. 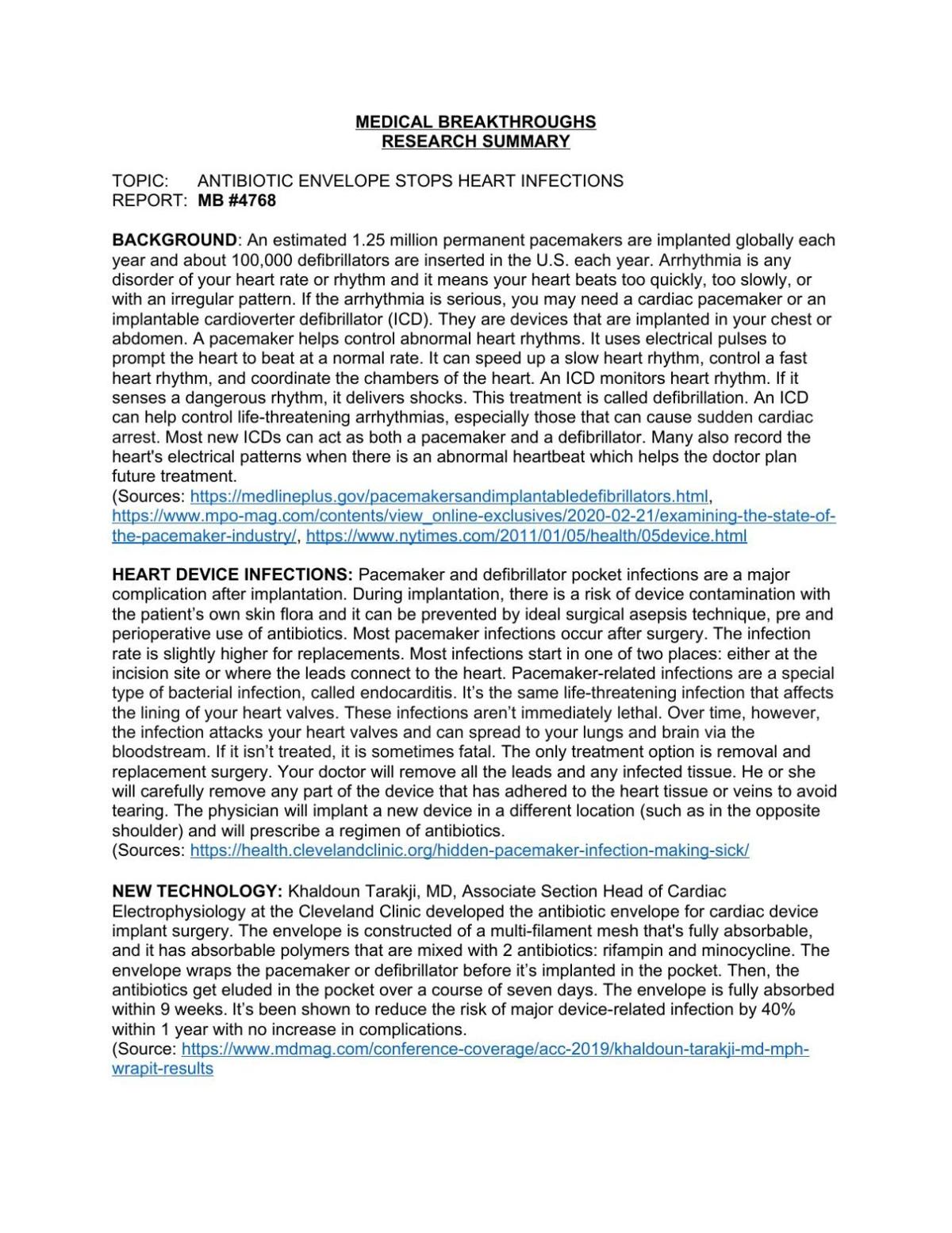 The envelope is coated with two antibiotics, minocycline and rifampin, which are continually released over several days. It fully dissolves in the body after about nine weeks. It's simple innovation that gives patients peace of mind when they need heart surgery.

Infections occur in about one to four percent of cardiac device implantations. The risk is particularly high following device replacements or other secondary procedures, like lead changes or upgrades.

Seven million people in the United States have experienced a hammertoe, where the second, third, or fourth toe becomes bent at the middle joint. It causes pain in toes and feet and makes it almost impossible to find comfortable shoes. There are some steps people can take to reduce their risk for a hammertoe.