SEATTLE — What if you had the option between having surgery or taking a pill to treat an illness?

"For me, the idea of not having to have myself cut open in any way shape or form is attractive," shared Bonnie Bizzell, a patient advocate.

A new University of Washington study finds antibiotics may be an alternative for patients suffering from appendicitis. Historically, the first line of treatment has been surgery to remove the appendix, but...

"With COVID, it had really changed how healthcare systems were taking care of patients, and really wanting to minimize exposure," explained Dr. Giana Davidson, an associate professor of surgery at the University of Washington School of Medicine.

When doctors compared patients who had an appendectomy right away versus those who took antibiotics, they found both groups had similar outcomes for length of time in the hospital and recovery 30 days out. Experts said the research provides patients with a choice when it comes to treatment.

"There are times in my life when having surgery would not have been a good option for me," Bizzell said.

"We really had patients at the center saying the things that were important to them to look for," Davidson said. "Is it time off work? You need to be a caregiver? Is it that you have finals coming up?" 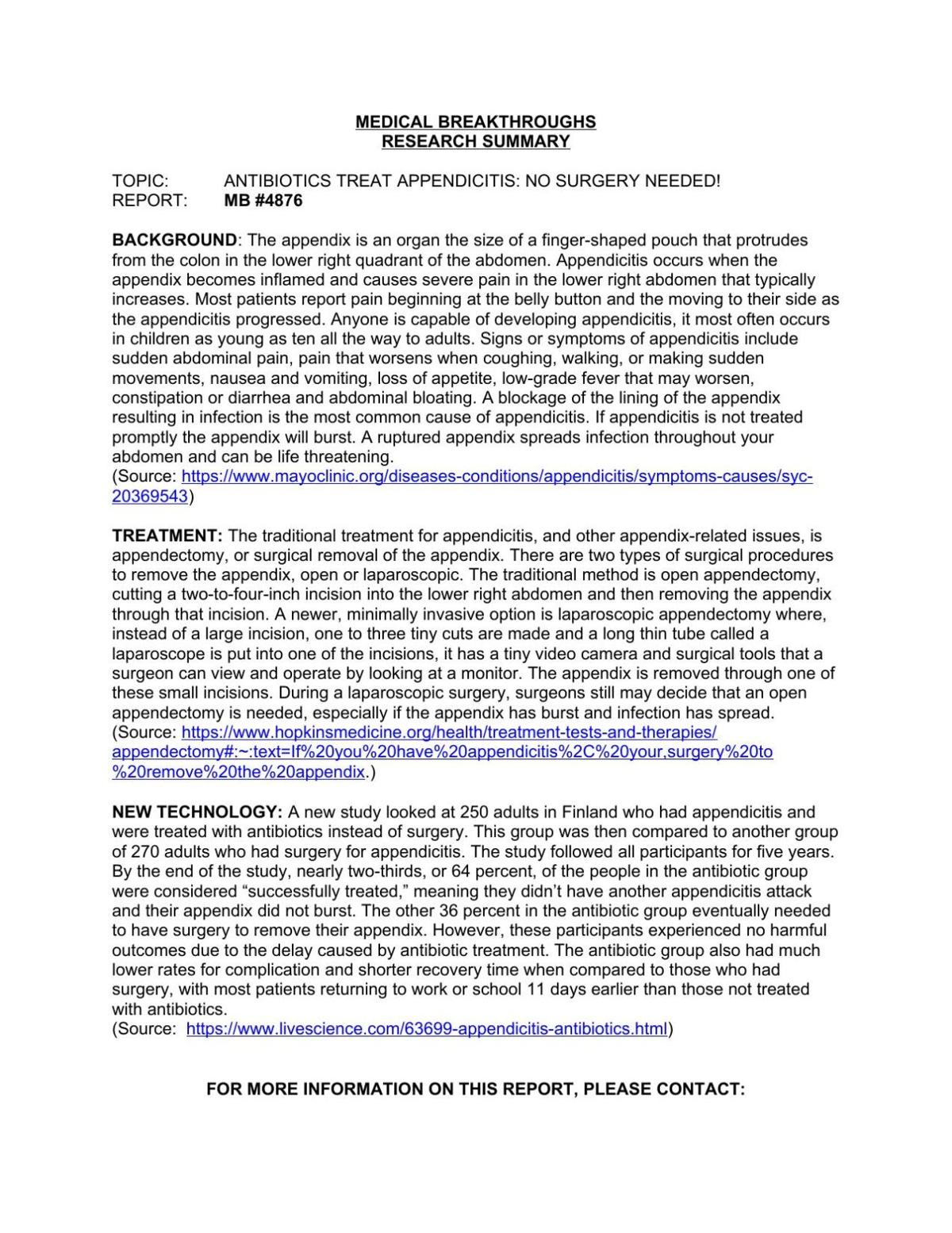 But choosing antibiotics instead of surgery is not without risk. Some patients in the antibiotic group did have to return to the emergency room a few days later, and three out of 10 patients from the antibiotics group eventually went on to have an appendectomy within 90 days, but most recovered without surgery.

"I think that changes the whole experience," Bizzell concluded.

Patients with a burst appendix were also included in the trial. Davidson said those patients don't necessarily have to be rushed to surgery and may be treated with a 10-day course of antibiotics, but future research is needed to evaluate the risk factors.

About 21,000 women will be diagnosed with ovarian cancer in 2021, and about 13,000 women will die from it, according to the American Cancer Society. Research suggests that some women have inherited genes that put them at higher risk for breast and ovarian cancer. A new initiative is now helping women determine their cancer risk early on.