HOUSTON - Chronic inflammation in the body, caused by genetics, disease, or lifestyle, is very damaging to cells, playing a role in vascular disease and dementia.

"We are increasingly recognizing that infection and inflammation play a role in neurodegeneration and vascular diseases," said Dr. Sudha Seshadri, a professor of neurology at UT Health San Antonio.

As the disease develops, inflammation is activating white blood cells, including the blood marker CD14.

"Soluble CD14 is something that comes into the blood," Seshadri said. "Its role is to bind with bad things like bacterial toxins or other body-generated toxins like amyloid and help remove them."

Scientists said the discovery of how CD14 clears toxins could be invaluable.

"The higher markers of soluble CD14 predicted a higher risk of developing dementias of all types," Seshadri shared.

"There are multiple pathways that might lead to dementia, and this is important as we move forward to develop these better drugs and better therapies that might help people avoid dementia into old age," explained Matthew Pase, a study author at The Florey Institute of Neuroscience and Mental Health in Melbourne, Australia. 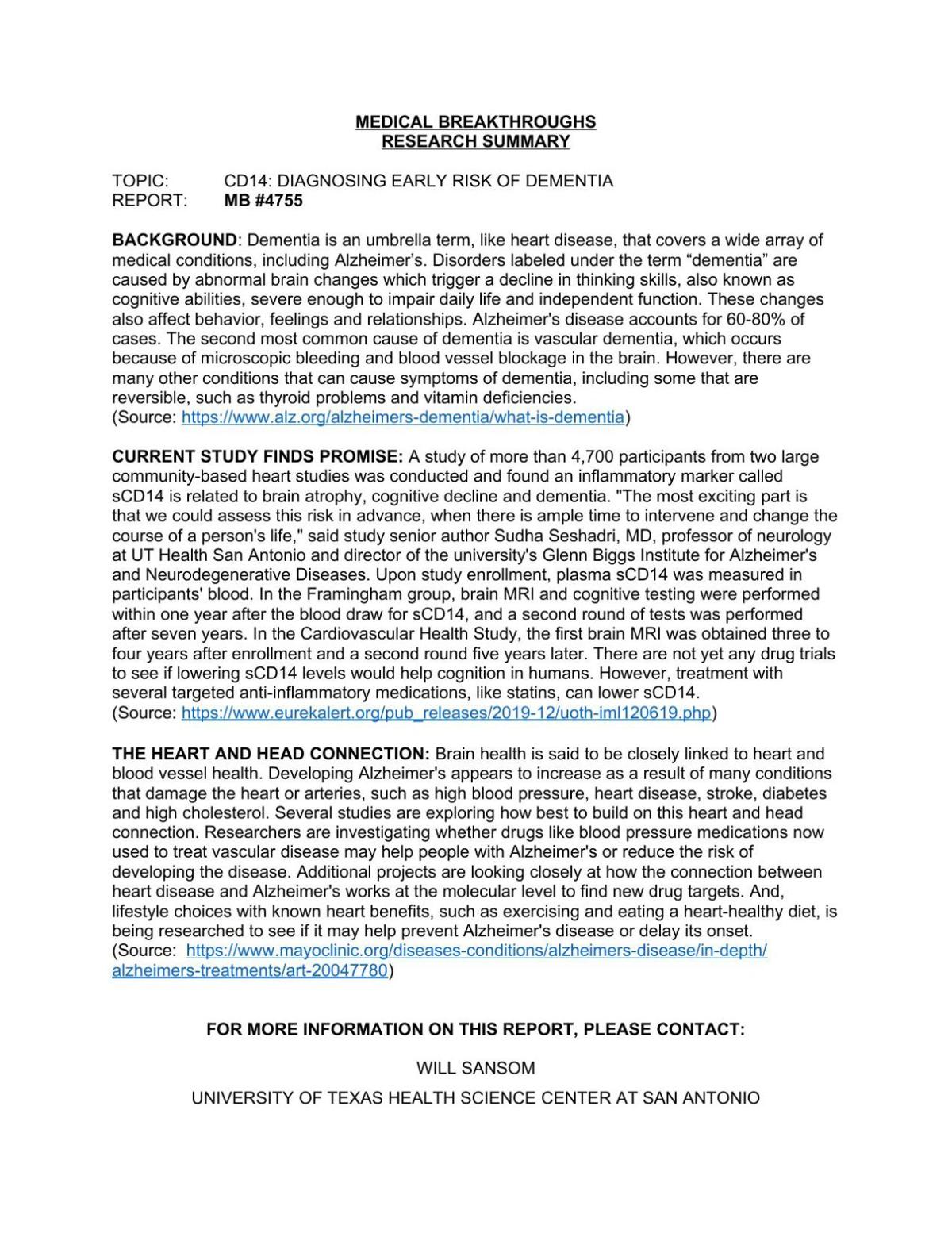 In other words, it would give doctors the advantage in spotting dementia and treating it effectively, either with medication or more effective activity-oriented intervention.

"I expect over the next five, six years, we'll be able to provide more tools to people in primary care settings, to give targeted advice," Seshadri stated.

The researchers studied dementia risk in nearly 4,000 participants from the Framingham Heart Study and the Cardiovascular Health Study. They said that a cost-effective blood-marker is greatly needed to track the progression of pre-clinical brain injury leading to dementia.

One-point-one million people are living with the HIV virus. One in seven doesn't even know he or she has it, but experts said it's imperative to know early on.