"It's my own way of escape from stressful times," said Berumen, 45.

One of those stressful times was 18 years ago, when she found out she and her husband tested positive for HIV.

"I was just thinking how quickly can I get up and go home and get my son tested," Berumen recalled.

Her son tested negative, but the risk of infection is still high. That's why researchers at Oregon Health and Science University have developed a vaccine candidate that may stop HIV in its tracks by using another virus, CMV.

"So, this virus, CMV, will persist and keep stimulating your immune response, and what that does is creates sort of a lifelong shield," explained Klaus Früh, a professor at Oregon Health and Science University and a co-founder of VIR Biotechnology.

The vaccine was first tested on monkeys, on the monkey form of HIV called SIV.

"At least 50% to 60% of them will stop the infection, and infection actually goes away over time," said Dr. Louis Picker, an associate director of vaccine and gene therapy at OHSU and a co-founder of VIR Biotechnology.

Now, the vaccine is in a phase-one clinical trial in humans.

"This is a completely new way of targeting it," Früh said. "That's why we think this vaccine is so unique."

If successful, the vaccine would be geared toward people at high-risk of contracting HIV, not those who currently have the disease, but Berumen said she sees this as a step closer to finding a cure for HIV. 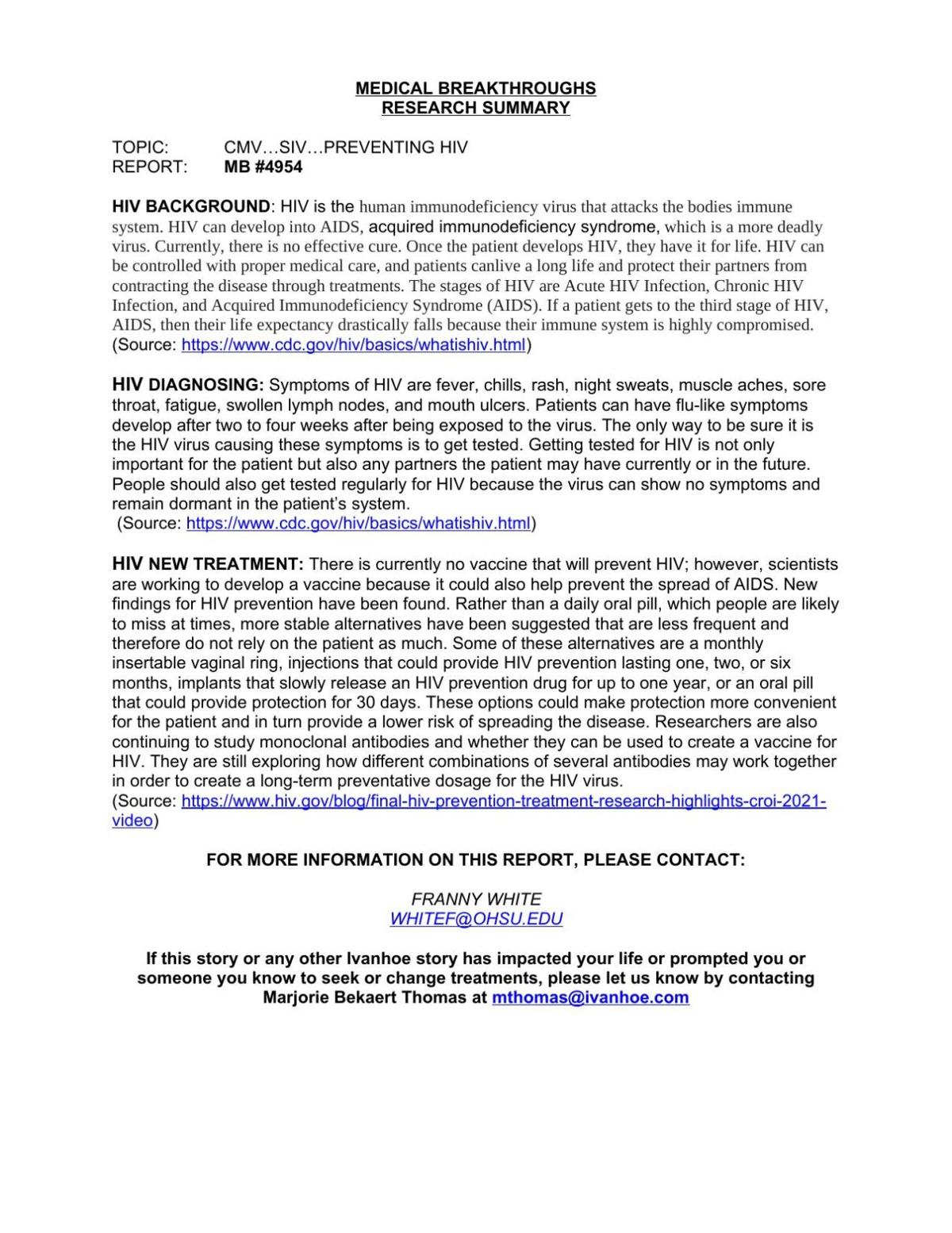 And neither will the researchers.

Through medication, Berumen and her husband have been able to control the disease.

The researchers said the vaccine platform can also be used on other diseases, such as hepatitis viruses, tuberculosis and even cancer.

OHSU is not involved in the phase-one trial, which is sponsored by San Francisco-based VIR Biotechnology.

Health Beat: Prostate cancer: Who are best candidates for HIFU?

Some 192,000 men will be diagnosed with prostate cancer this year alone, and an estimated 33,000 will die from the disease. Doctors have traditionally treated prostate cancer patients with surgery or radiation, but now, oncologists can offer a new technology to some.

Khanna Vision Takes Eye Exams Where No One Has Been Before