ORLANDO, Fla. - It's a medicine that experts have said for years is safe to take during pregnancy.

"If pregnant women don't have complications or anything like that, most doctors will recommend Tylenol for pain," said Pameil Rawlings, a pharmacist.

But a new study at Johns Hopkins University published in JAMA Psychiatry shows moms-to-be who use Tylenol may be more likely to have a baby with a developmental disorder.

Researchers tested the umbilical cords of babies soon after they were born to determine how much Tylenol reaches the fetus during pregnancy. They found the odds of having autism or ADHD were more than twice as high in babies exposed to Tylenol near the time of their birth.

Animal studies have shown Tylenol during pregnancy may affect brain cells and certain hormone levels, which could disrupt brain development. 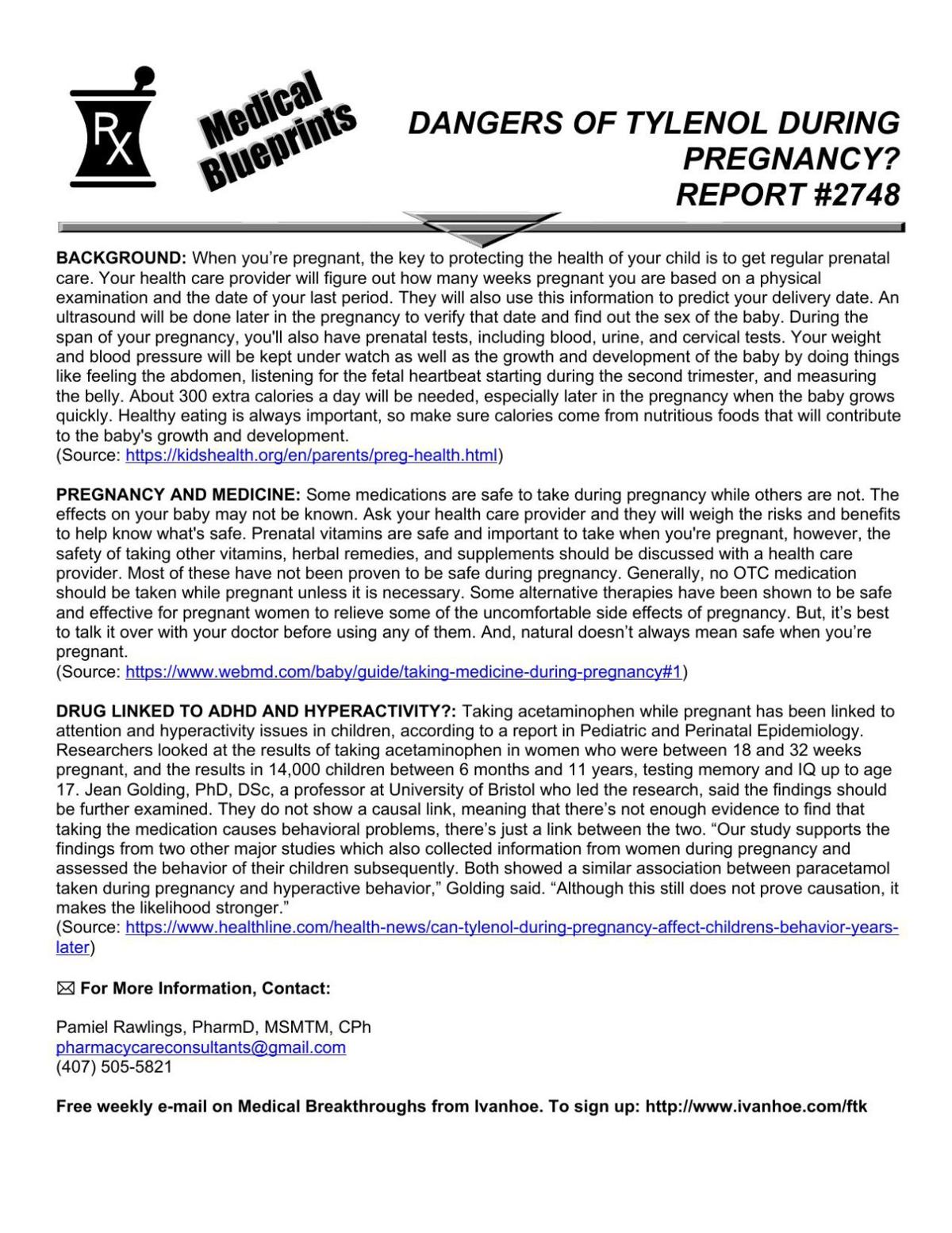 Though these findings are concerning, experts said more research needs to be done. Until then, pregnant women should be cautious about what they take.

"We don't want pregnant women to take medication, period, if they don't have to," Rawlings continued.

Two previous studies have suggested a connection between Tylenol in pregnancy and ADHD and autism in children, but those studies were based only on the mothers' memory of taking Tylenol.

Health Beat: Can immune system be boosted against COVID-19?

With more than 100,000 people dying from the coronavirus in the United States and more than two million infected worldwide, some are stocking up on supplements to boost their immune system, but do they really work?