ORLANDO, Fla. — Every year, more than 100,000 children in the United States are diagnosed with scoliosis, a condition where there's a sideways curve of a child's backbone. For severe cases, surgery may be required. Typically during surgery, surgeons will use computer-assisted navigation with either an X-ray or a CT scan in the operating room.

"It exposes the patient to radiation, and that leads to risks for infection and blood loss, longer recovery," said Dr. Raymund Woo, a pediatric orthopedic surgeon with AdventHealth in Orlando.

But now, a new device is reducing radiation exposure to kids. It's called the 7D flash navigation system.

"It uses the same technology that your cell phone uses for facial recognition that unlocks your cell phone," Woo explained, "so instead of having the camera unlock the cell phone, you've got a camera that looks into the patient's body through the incision."

That allows surgeons to see the spine. The device uses no radiation and increases efficiency for surgeons. 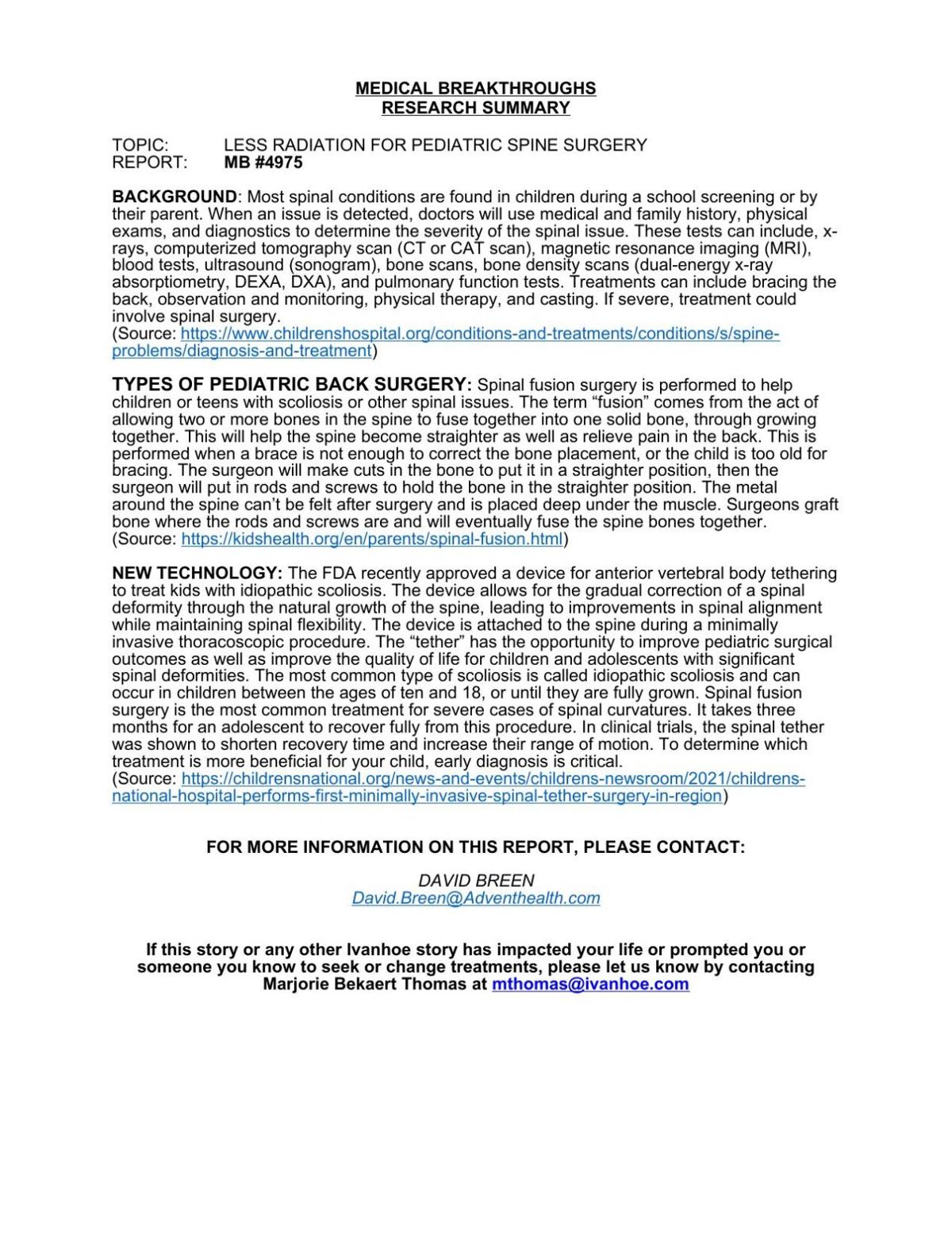 "This saves me about an hour and a half, all in all," Woo said.

And for kids, that means less time in the hospital, a shorter recovery and getting back to a normal routine sooner.

This technology is typically used for adult patients, but two hospitals in the U.S. are using this technology for pediatric spine surgery, AdventHealth and Driscoll Children's Hospital in south Texas.

It seems every day we are learning more about Alzheimer's disease. Right now, more than six million Americans are living with the debilitating disease, and researchers are working hard to find out why some people get it, why some people don't, and how to stop it. Three breakthroughs could end up saving millions of lives.

A $1.7 Billion Global Opportunity for Oncology Nutrition by 2026 - New Research from StrategyR

New Study from StrategyR Highlights a $392.6 Million Global Market for Veterinary Ultrasound by 2026

HiccAway Set to Appear on ABC's "Shark Tank" on January 21