CLEVELAND - A donated lung is being restored to almost new to save the life of Dan Lynch. Every breath was a struggle for the grandfather of seven.

"It's not a very promising prognosis," Lynch shared.

Lynch was suffering from idiopathic pulmonary fibrosis, a disabling lung disease with no known cure.

"He was very sick by the time he came to a transplant," said Dr. Kenneth McCurry, a cardiothoracic surgeon at the Cleveland Clinic.

With few options and no viable transplant, surgeons at the Cleveland Clinic used ex vivo lung perfusion, or EVLP, to restore a not-so-perfect donated lung for Lynch. The donated lung was attached to a miniature heart-lung machine. For the next six hours, fluid and oxygen pumped through the organ. The process removes excess water and reverses some existing injuries that would otherwise have kept it from meeting transplant requirements.

"We were quite amazed that there were some lungs that we perfused that we didn't think would be usable, but they got much better on the machine and performed quite well when we ended up transplanting them in a patient," McCurry recalled. 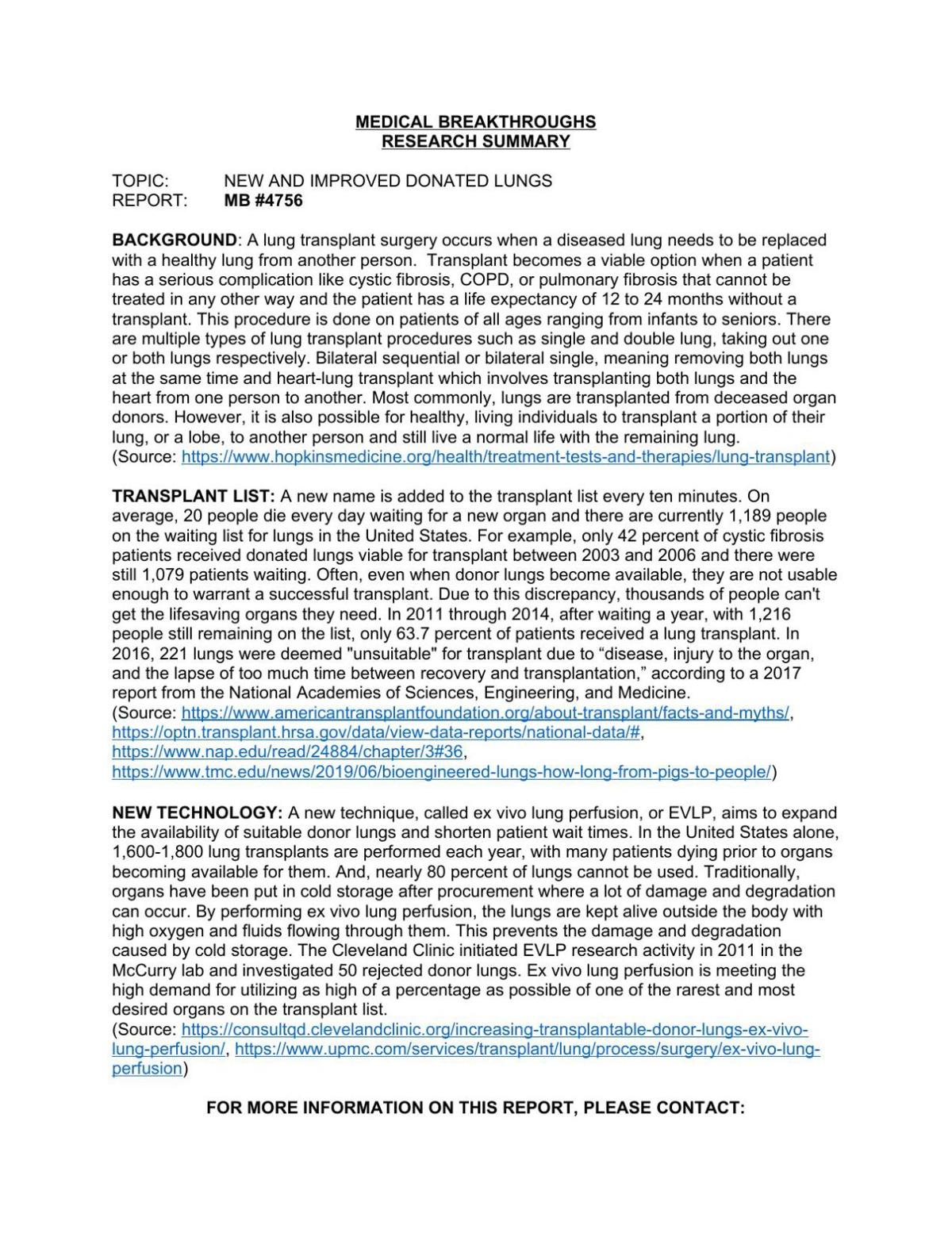 Forty-five patients, including Lynch, received transplanted lungs they wouldn't have without EVLP.

There's no additional risk to the patient receiving a perfused lung, and rejection rates have not increased.

In 2017, the most recent year where numbers were available, 1,300 people were on the waiting list for lungs. More than 300 died waiting for a suitable organ.

Livers and kidneys are also being perfused, and McCurry hopes to begin perfusing intestines and other organs in the future.

Nearly 50 million people worldwide suffer from dementia, which affects their memory, language, and family relationships. Now, a blood marker called soluble CD14 is being studied as a potential tool in neurological disease.

Unum Group declares quarterly dividend of $0.285 per share of its common stock