DALLAS - The number of obese Americans has reached epidemic proportions and a new projection shows it's likely to get worse.

A team of scientists analyzed more than 20 years of data and found by 2030, nearly one in two adults will be obese. Also, nearly one in four will be severely obese. Obesity contributes to many serious medical conditions, including heart disease, stroke, cancer, type-two diabetes, high blood pressure, arthritis, gout, and asthma.

"People can lose weight, but then you have to maintain it, and so lifestyle is just an absolute key component," explained Dr. Priscilla Hollander of Baylor University Medical Center.

Of course, a healthy diet and plenty of exercise are the best ways to combat obesity. Some experts have also encouraged efforts to tax unhealthy foods, such as sugar-sweetened beverages. It's worked in cities like Philadelphia, where a soda tax of 1.5 cents an ounce went into effect three years ago. Total purchases declined by 38%. 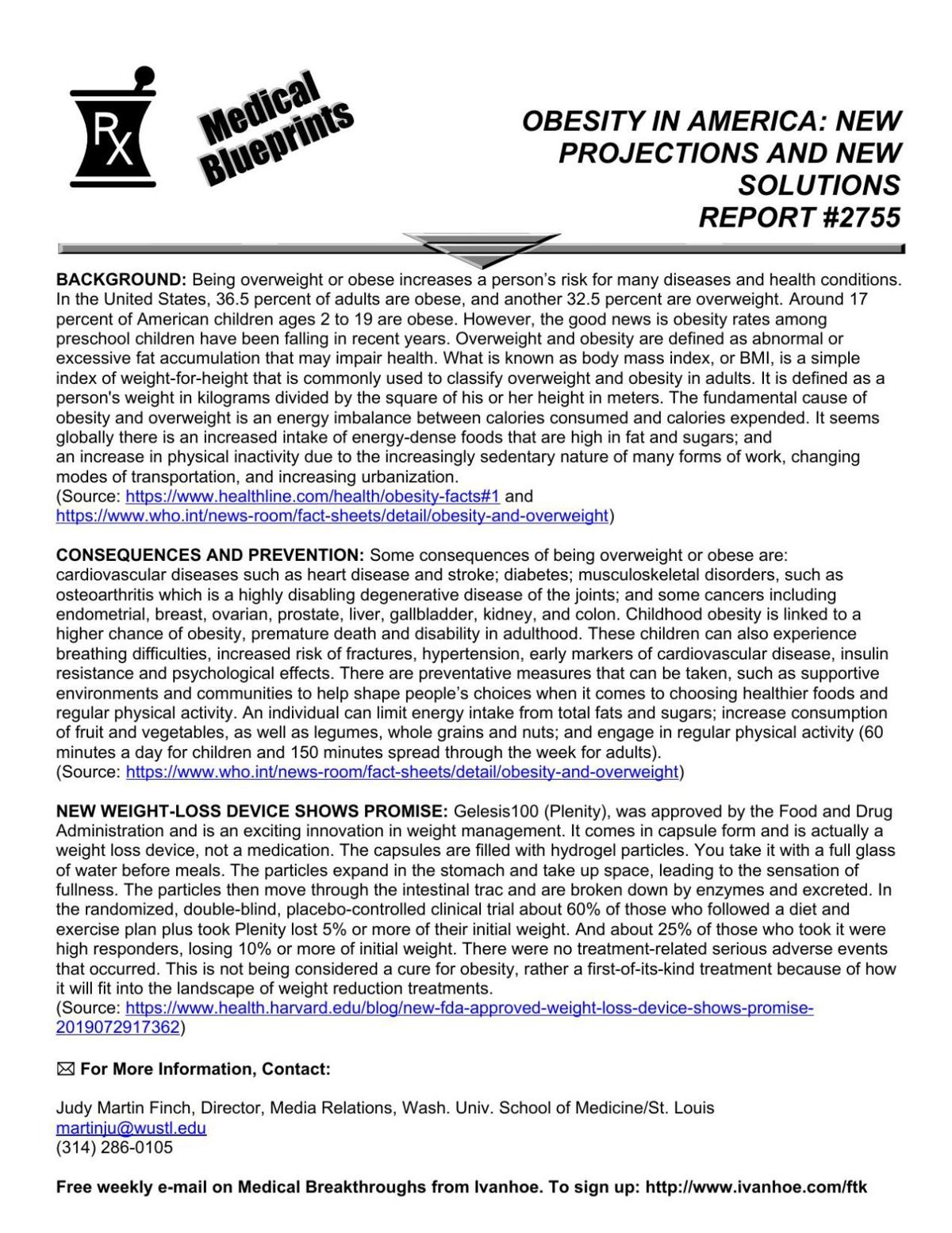 And with one-third of meals being eaten out, restaurants can help by offering fewer processed foods with lower amounts of sugar, salt, and fat.

"Surprisingly, you get the greatest bang for your buck at a 5% weight loss," shared Dr. Samuel Klein, a gastroenterologist at Washington University School of Medicine in St. Louis.

The new analysis, which was published in the New England Journal of Medicine, also revealed severe obesity will become the most common weight category among women, non-Hispanic black adults and low-income adults in the U.S.

The hospital can already be a scary place for many kids and even more so now with added hospital restrictions due to COVID-19. Learn how one hospital is calming kids and getting them up and out of bed.

HealthEZ Has Completed a Majority Recapitalization by Abry Partners