SAN FRANCISCO - For most of us, lifting 90 pounds is not easy, but imagine doing it with only one leg. It's one of the many challenges Munya Mahiya has tackled, thanks to a near-bionic prosthetic.

"I'd say it's amazing," Mahiya shared. "I used to use the socket prosthetic. I couldn't sit in it for a long time. It would just pop off."

The switch came for Mahiya when he discovered a cutting-edge procedure at UC San Francisco. It's called osseointegration, and it borrows the basic concept used for a dental implant.

"For patients with amputation, we are now able to secure the titanium implant directly to a person's thigh bone or femur, and directly connect it to an external prothesis," explained Dr. Richard J O'Donnell, a professor of clinical orthopaedic surgery at UCSF Health. "This allows the patient to walk much better and much more comfortably."

"I have better control of my prosthetic, because it's like now connected to my skeletal frame," Mahiya continued.

To get to that point, a team of doctors, led by O'Donnell, performed the osseointegration over a multiple-phase process.

"The first time they go in, they hollow out the bone and they put in a fixture that stays in your bone, and they try to make sure that the bone grows around it," stated Mahiya.

That's followed by a fitting for a short prosthetic.

"So, essentially what we had to do was relearn how to stand on my knees," Mahiya said.

"It makes it a lot more easy," Mahiya smiled. 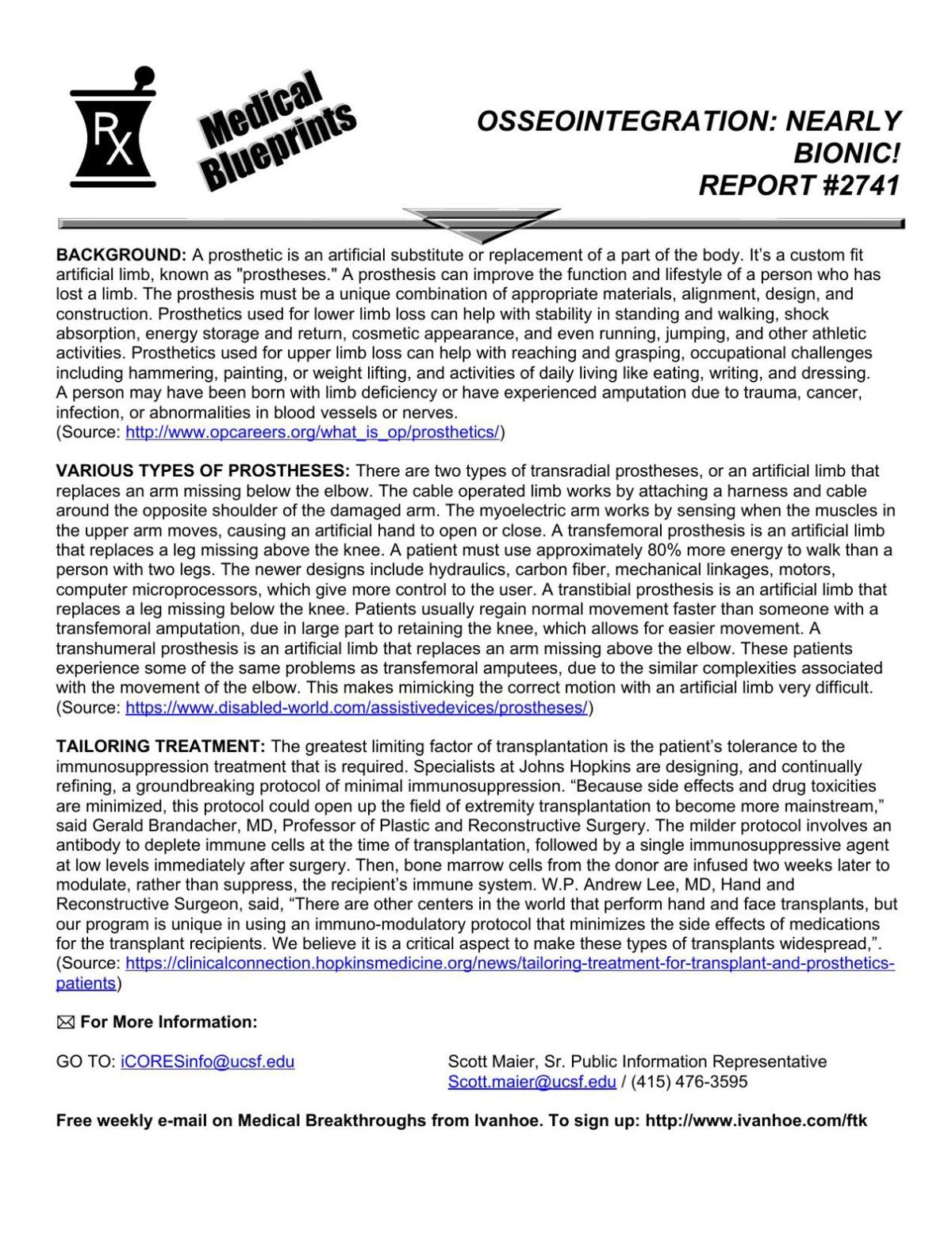 Osseointegration is an invasive process, so doctors recommend it first to those who don't have a comfortable fit with a traditional socket prosthetic, and for those patients like Mahiya, the benefits are worth it.

The prosthetic always attaches correctly, remains in place, and is free from pain. In addition to UCSF, John Hopkins, Walter Reed and St. Luke's in Denver offer osseointegration.

Hydrogels, or smart gels, look and feel a lot like Jell-O. When the liquid drugs are suspended in the gelatinous hydrogels and injected into tumors, the medicine sticks around long enough to deliver the right amount of fighter cells, or meds, to battle life-threatening tumors.