PITTSBURGH — Lipitor, Crestor, and Zocor are just three of the handful of medications available with a prescription to lower cholesterol and help prevent heart disease, but is there a racial divide among patients at risk?

"Black individuals have a high risk of having heart attacks and strokes compared to white counterparts, but we've not really looked at, in the real world, is how are we doing in terms of giving them the medicines that they need," said Dr. Anum Saeed, a cardiologist at the University of Pittsburgh School of Medicine.

That is, until now. Saeed and her colleagues examined data from the medical records of more than 270,000 patients. The patients were evaluated based on their 10-year risk of having a cardiovascular problem. The researchers found that among patients with an intermediate risk of having a cardiac event, only 23% of the black patients received statin therapy, as compared to 32% of the white patients. Among patients considered high risk, 40% of black patients received statins, as compared to 44% of the white patients. 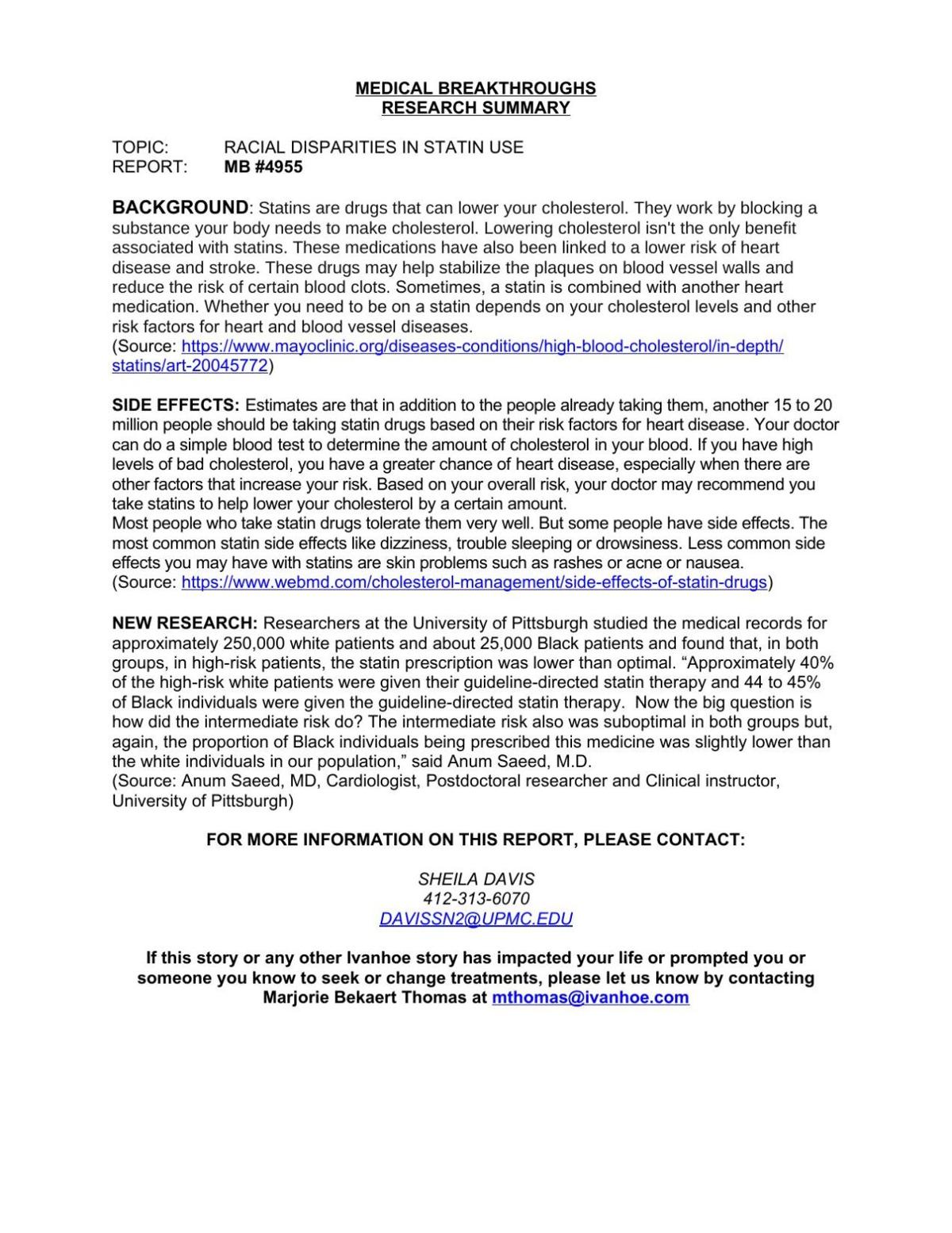 "They had people who were not given the statin therapy based on their risk, had a lower intensity statin prescribed to them," Saeed said. "They had increased events in terms of heart attacks and strokes."

Saeed said the findings are a reminder for clinicians that statins are underprescribed by doctors for patients of all races who could benefit.

The researchers said more study is needed to understand and mitigate the barriers to equal access to statins.

More than 1.1 million Americans are living with HIV, and even though there is no cure, advances in treatments make the disease no longer a death sentence. Now, new developments on the prevention side may stop people from being infected with HIV.