SAN DIEGO - Rich Geiler has been singing his whole life.

"Music has always been such a release and such a pleasure," Geiler shared.

But when doctors found a tumor on one of his vocal cords, Geiler thought he might have to give it all up.

"Having sung or been in music for 50 years, that's a big thing to not do again," Geiler revealed.

The cancerous tumor had to go, but doctors didn't know how surgery would affect Geiler's voice.

"We prepared him that it could range from no voice whatsoever to a functional voice," explained Erin Walsh, a speech-language pathologist at UC San Diego Health's Center for Voice & Swallowing.

Surgeons had to carefully cut the tumor out with a technique to minimize scar formation, stiffness, and voice change while preserving as much of the vocal cord as possible.

"The vocal cords are what produce voice, and voice really is a vibratory function of the body," elaborated Dr. Philip Weissbrod, an associate professor of surgery and the director of the Center for Voice and Swallowing at UC San Diego Health. 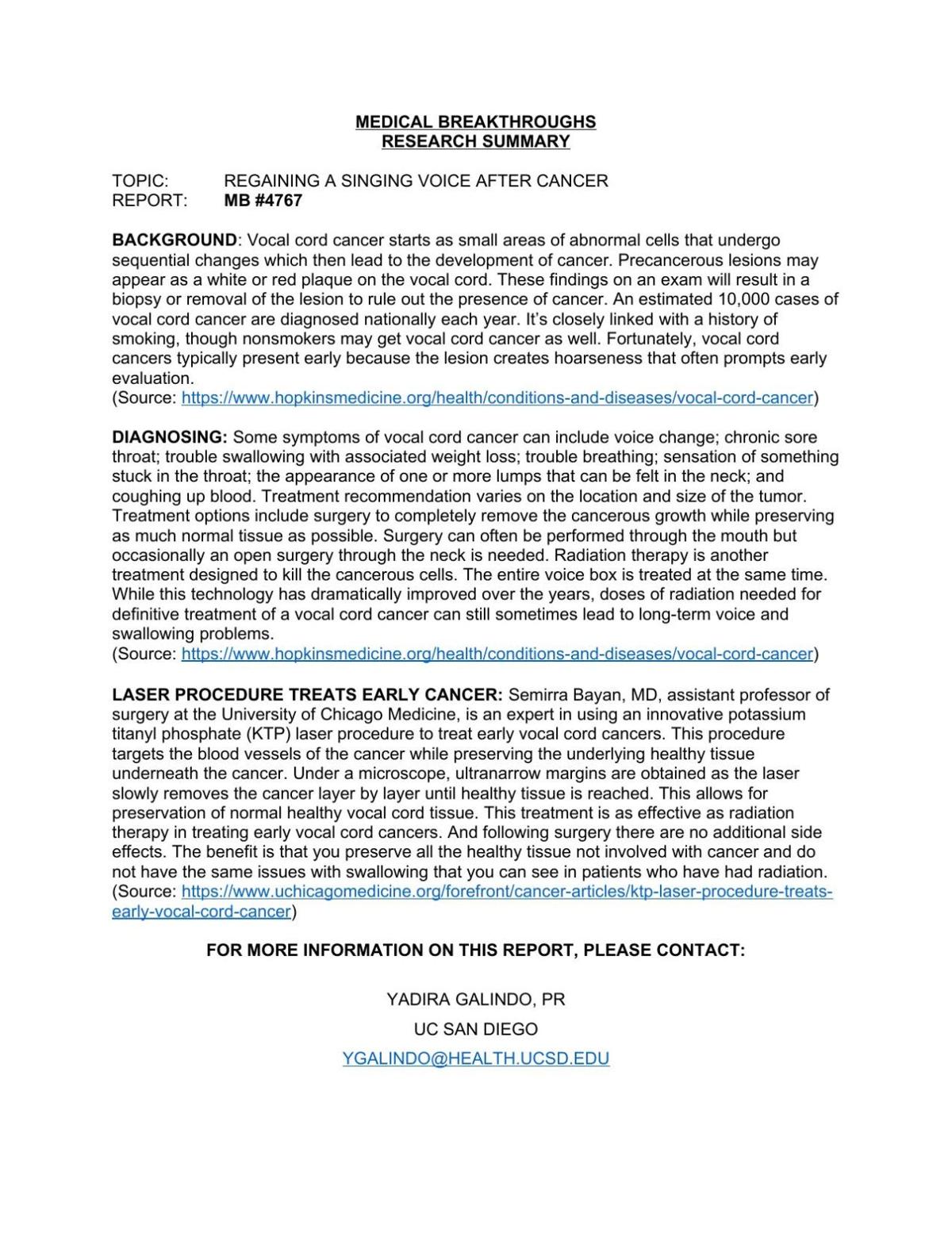 Before and after the procedure, Geiler worked with speech-language pathologists who specialize in music training to help him regain his voice. The collaborative effort between surgeons and speech pathologists had him singing again in four weeks.

"And now he's singing music that he didn't 20 years ago," added Walsh.

"So, big, big improvement and kind of surprising," Weissbrod concluded.

And he doesn't have to give up what he loves most.

Symptoms of vocal cord cancer include voice changes, a sore throat, trouble breathing or swallowing, lumps in the neck, and coughing up blood.

The coronavirus has infected millions of people globally and caused hundreds of thousands of deaths. While news sources are reporting on the virus around the clock, there's a lot of misinformation out there.

CVS Health to Hire Hundreds of New Jobs Across Arizona

CVS Health to Hire Hundreds of New Jobs Across Arizona