SAN FRANCISCO - For seven-year-old Molly Britt, nothing beats an ice cream sundae, especially when a cherry is on top. They are the kind of moments her parents weren't sure they would ever be able to have with Molly. She was born with tuberous sclerosis.

"It's a rare genetic disorder where benign tubers can be found throughout the major organs of the body," said Bridget Britt, Molly's mom.

"All they do is disrupt some of the normal networks of the brain, explained Dr. Gerald Grant, the chief of pediatric neurosurgery at Stanford Children's Health.

"She started developing what we learned were seizures," Bridget continued.

"It becomes challenging to figure out which tuber is the one that is causing the seizures," Grant described.

Without opening up Molly's skull or shaving her entire head, doctors made one-millimeter holes in her scalp. They used something called ROSA.

"ROSA is a robotic tool that allows us to precisely and more efficiently target deep areas of the brain," Grant said. "We opened up the bone to get into the brain and place large electrodes on the surface of the brain to try to figure out where the seizures were coming from."

Doctors were able to quickly pinpoint the source of the seizures for surgery later. 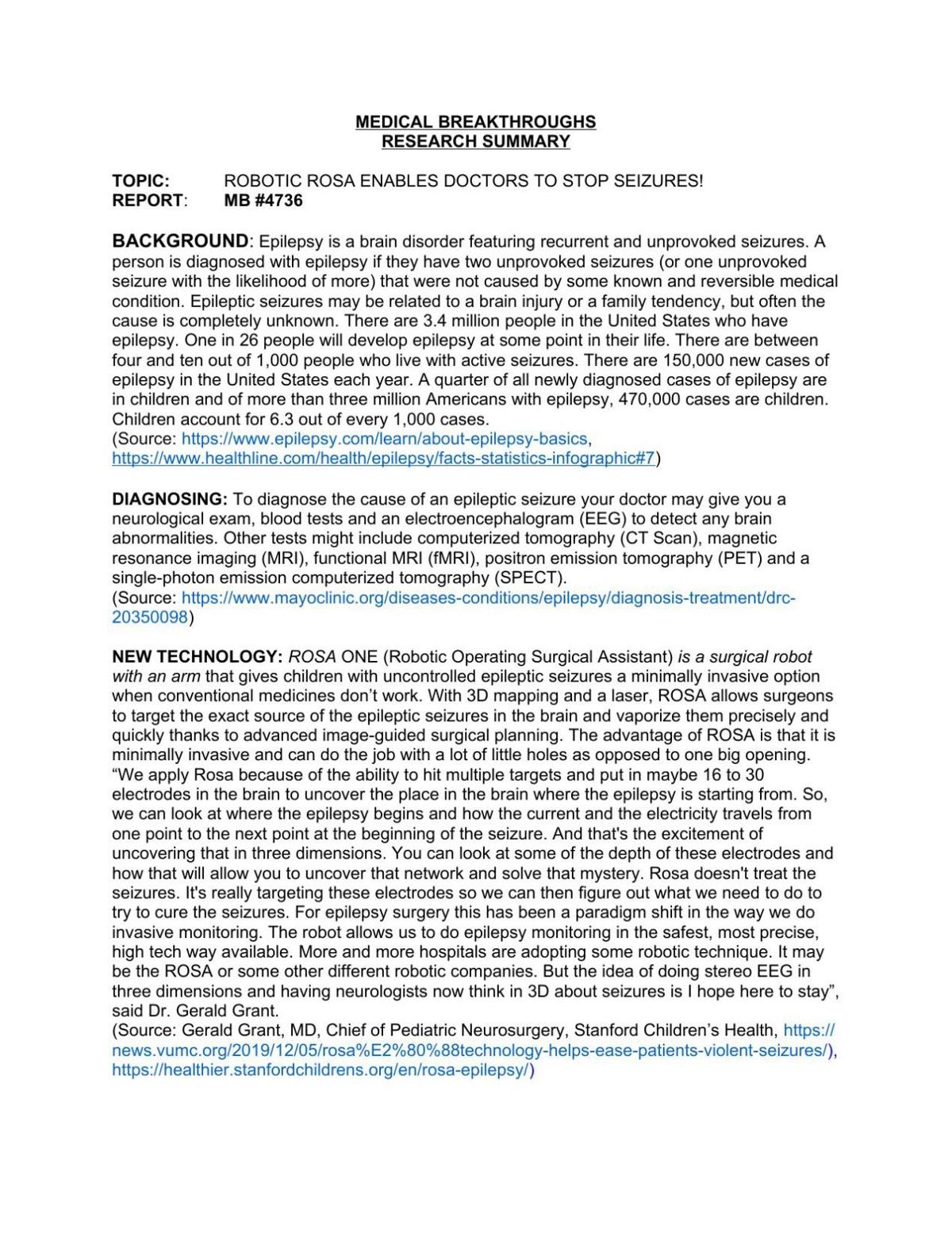 "Then, they reopen and then go back and actually extract that portion of the brain tissue," Jeremy clarified. "Within a matter of weeks, we were seeing huge changes."

"It has been just miraculous," Bridget shared.

It takes doctors approximately a week to gather the data they need from the electrodes. After that, the patient can return home. The method is used on both children and adult patients when medicine fails to stop their seizures.

Some 135,000 Americans will die from lung cancer this year. The American Lung Association and the American Thoracic Society said as many as 25,000 could be saved annually through lung cancer screening with low dose CT scans, but according to some studies, only five percent of individuals who qualify go through the screening, and smokers may not be aware they have a screening option.

CDC: Surface Disinfection Is "Hygiene Theater" -- PuraFil Shares Why Efforts Should Be Aimed at Mitigating Risk of Airborne COVID Transmission