CLEVELAND — Father George Treff has been an ordained priest in the Romanian Orthodox church since 1979.

"I just knew that the path I was going on was not a good one and the outcome was not going to be good," Treff shared.

Treff isn't talking about his faith, but his weight. At his heaviest, Treff weighed 240 pounds and was diagnosed with type 2 diabetes.

"Even if I was in the gym every day at three hours a day and doing all that I'm supposed to, nothing was changing," Treff said.

That's when his doctor recommended bariatric surgery. Dr. Ali Aminian, a researcher at the Cleveland Clinic, was a co-investigator of the STAMPEDE trial, a randomized trial of 150 patients, comparing bariatric surgery with medical therapy for the treatment of type 2 diabetes. 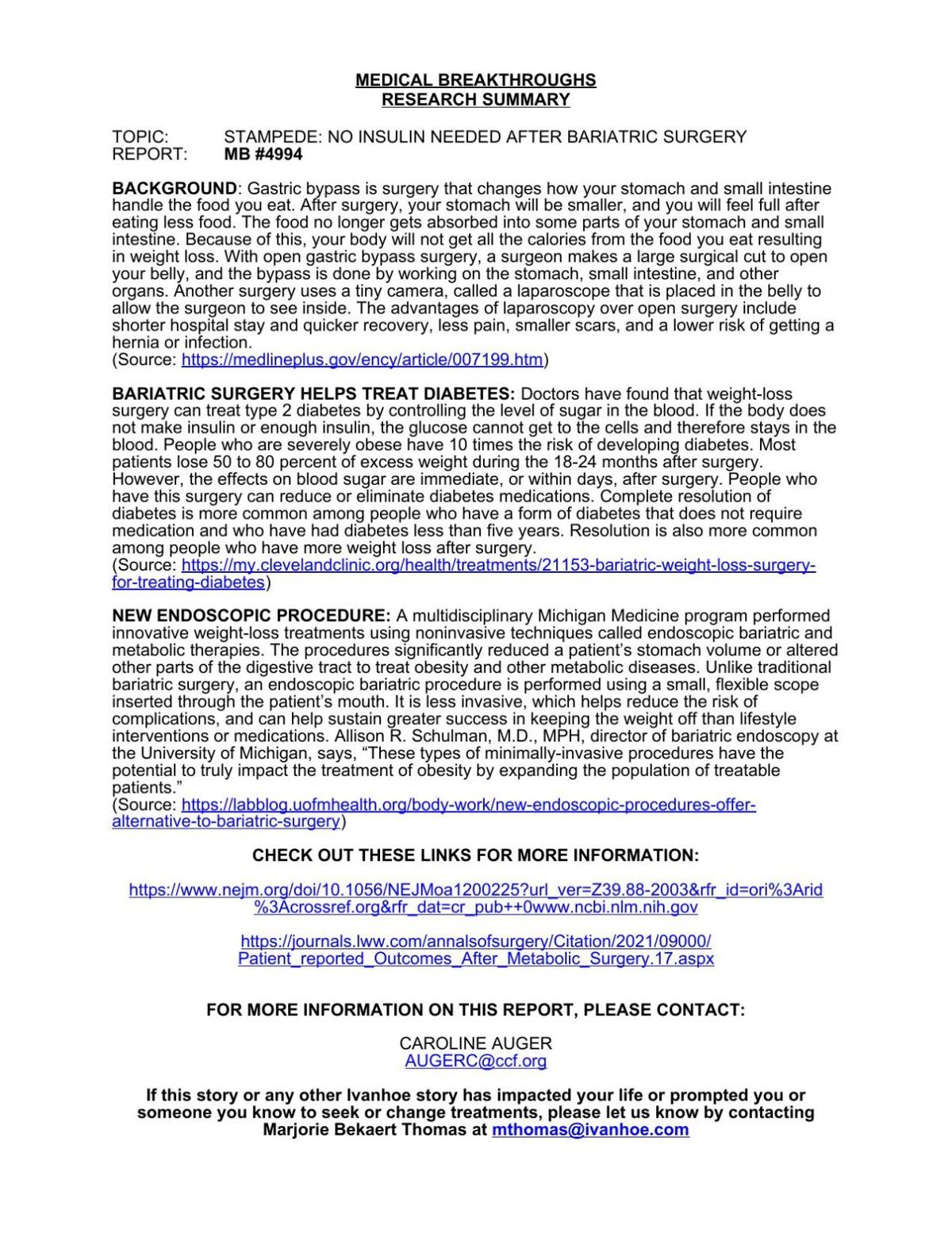 "We showed that both surgical procedures, gastric bypass, and sleeve gastrectomy, were superior in terms of weight loss and diabetes control compare with medical management," Aminian detailed.

Treff had gastric bypass and was part of the STAMPEDE study. He dropped more than 100 pounds, and he no longer needs insulin. Treff hit an all-time low weight of 135. He said his faith and his parishioners are a source of support.

"And they see me at events, and some will say, 'Ah, you lost more weight,'" exclaimed Treff.

In the most recent published study, researchers said patients who had bariatric surgery reported more energy, less body pain, and better physical health than patients who had medical treatment alone for diabetes.

The Clark Kent/Superman Syndrome: New study looks into the downside of changing one's identity for the sake of others' happiness