ORLANDO, Fla. — Bronchitis, sore throat, congestion, and the common cold are common respiratory issues usually resolve on their own, but doctors can also prescribe a steroid shot.

"You'll take them either as an injection or as a pill and they go everywhere," said Dennis Miller, executive vice president of development at Blaze Bioscience.

When patients go to the doctor, they expect something to happen, and it turns out that doctors are reimbursed by insurance if they prescribe a steroid shot. Steroid shots offer instant gratification and a huge energy boost, alleviating symptoms temporarily, but some medical experts said they lack evidence of true benefit for respiratory patients.

"It's really tough to give patients steroids long-term because there's just too much side effects," continued Miller.

Steroid use has been linked to frightening side effects like blood clots, heart failure, sepsis, and psychotic episodes, even when they're used short-term. Now, some doctors are concerned that these corticosteroids are being overprescribed to patients who have no indicated need for steroids. 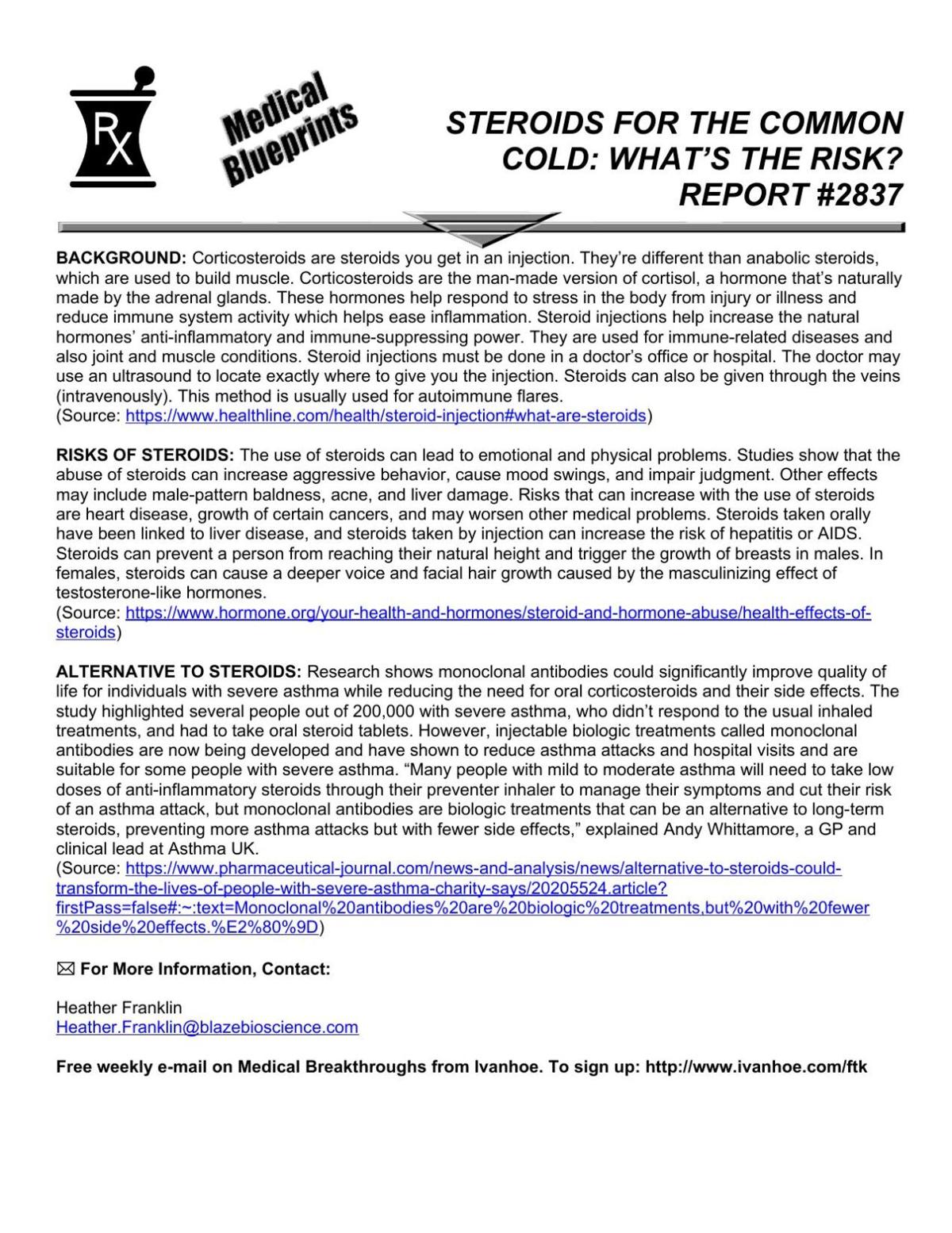 In an analysis of 10 million outpatients, 1.2 million people with acute respiratory infections were prescribed corticosteroids. Researchers said if you feel uncomfortable receiving steroids, ask your doctor if they're absolutely necessary and for evidence of its benefits.

Corticosteroids are not an addictive substance, but they can cause symptoms of withdrawal when stopped abruptly, according to the American Addiction Centers.

Corticosteroids raise the brain's level of cortisol, the hormone that regulates stress, and can cause patients to produce less of it naturally leading to a corticosteroid dependence.

About 300,000 Americans have their appendix removed each year due to illness, but a new study reveals there may be an alternative to going under the knife.