BALTIMORE — It's a life-threatening situation, but many people with aortic aneurysms may have no symptoms.

"The problem with the bulging of the aorta is it doesn't have pain fibers, so people don't know that they already have aneurysm, and they don't know that their life is in danger, so it's really a silent assassin," said Dr. Shahab Toursavadkohi, a vascular surgeon at the University of Maryland Medical Center in Baltimore.

Currently, the traditional fix is open surgery, a complicated procedure, but now, researchers are testing a repair system they refer to as thoracoabdominal branch endoprosthesis, or TAMBE. It's designed for patients with aneurysms that extend from the chest to the abdomen. During the TAMBE procedure, surgeons enter the body through a small incision in the groin, and with a catheter, snake small parts of the device inside.

"It's like you're assembling a LEGO house inside the body without opening the body," Toursavadkohi explained. "How you do it, you put small pieces inside and you do the assembly inside."

When the pieces are assembled, they prop open the weakened arteries and the bulge deflates.

"It's like you're taking air out of a balloon that is under tension, and then balloon becomes soft and it collapses," Toursavadkohi stated. 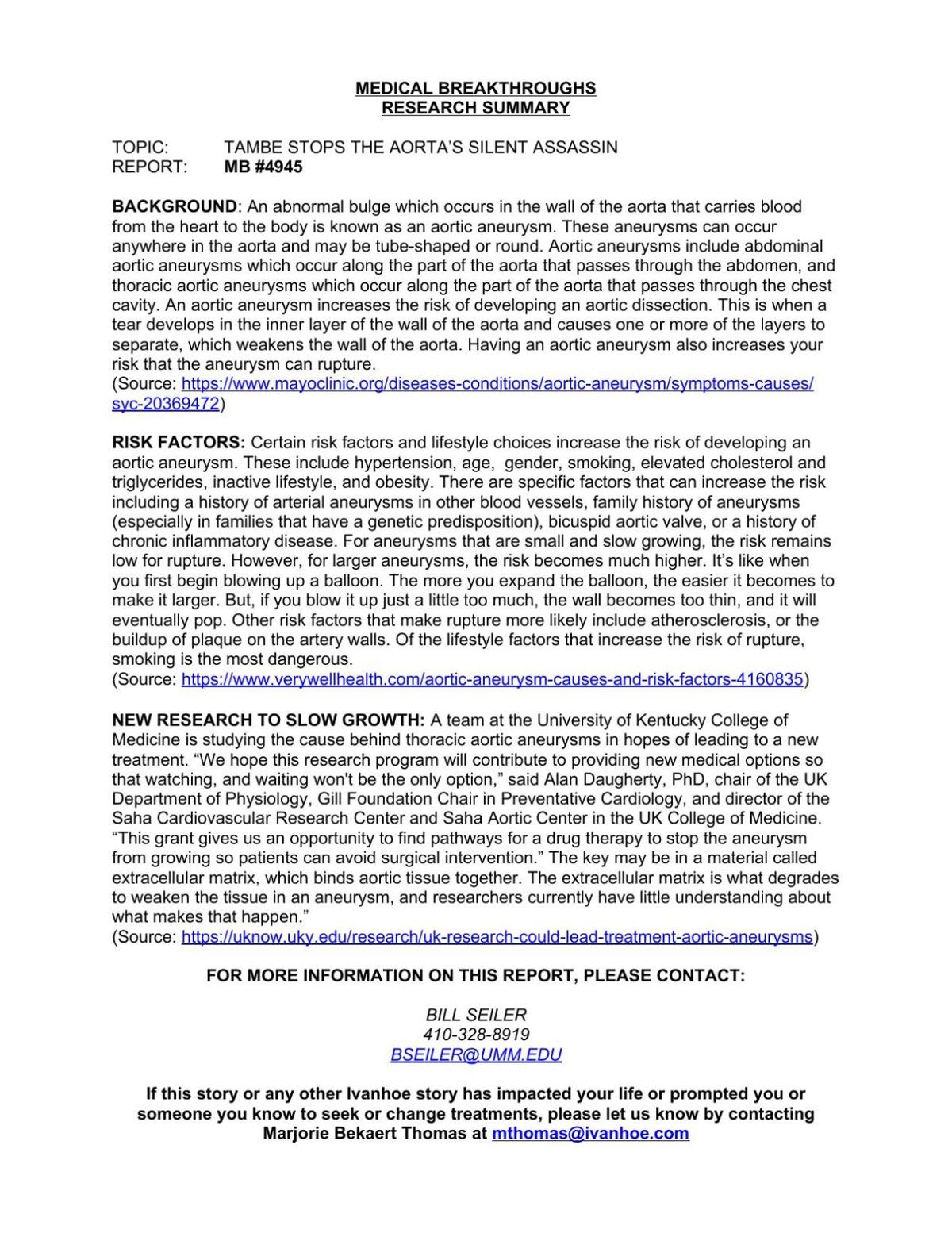 That means the aneurysm is no longer a threat to the patient.

Researchers are enrolling a total of 102 patients in centers across the country who will be followed for five years after the TAMBE procedure. The University of Maryland School of Medicine surgeons have performed three TAMBE procedures and said their patients are all doing well.

Health anxiety, a condition that used to be known as hypochondria, is an obsessive and irrational fear about having a serious medical condition. For many, the COVID-19 pandemic has worsened their worries, but there are ways to combat the disorder.

Action for bone health is needed now more than ever, urges IOF

Bill & Melinda Gates Foundation Commits up to $120 Million to Accelerate Access to COVID-19 Drug for Lower-Income Countries, Calls on Other Donors to Mobilize Resources