ATLANTA - Twelve-year-old "Tommy," which is not his real name, wasn't always able to run and jump.

"When he was seven months old, he was shaken," said the boy's adoptive mom. "He had shaken baby syndrome by some family members."

It was a traumatic brain injury, or TBI.

"As a result of that, he is almost totally blind in his right eye, and at the time, he had very little movement in his right arm and his left leg," she continued.

TBIs can have significant short- and long-term effects. They can also pose a different set of challenges in kids' growing brains.

"They may develop over time and do fairly well, but then hit middle school and all of a sudden, they grow into that brain injury and you start to see where they are struggling," said Thomas G. Burns, the chief of psychology at Children's Healthcare of Atlanta.

The long-term effects can include physical difficulties with speech, vision, and motor coordination. There can also be some cognitive and emotional impairments.

"The best thing a parent can do is become educated on what the injury was," Burns stated. 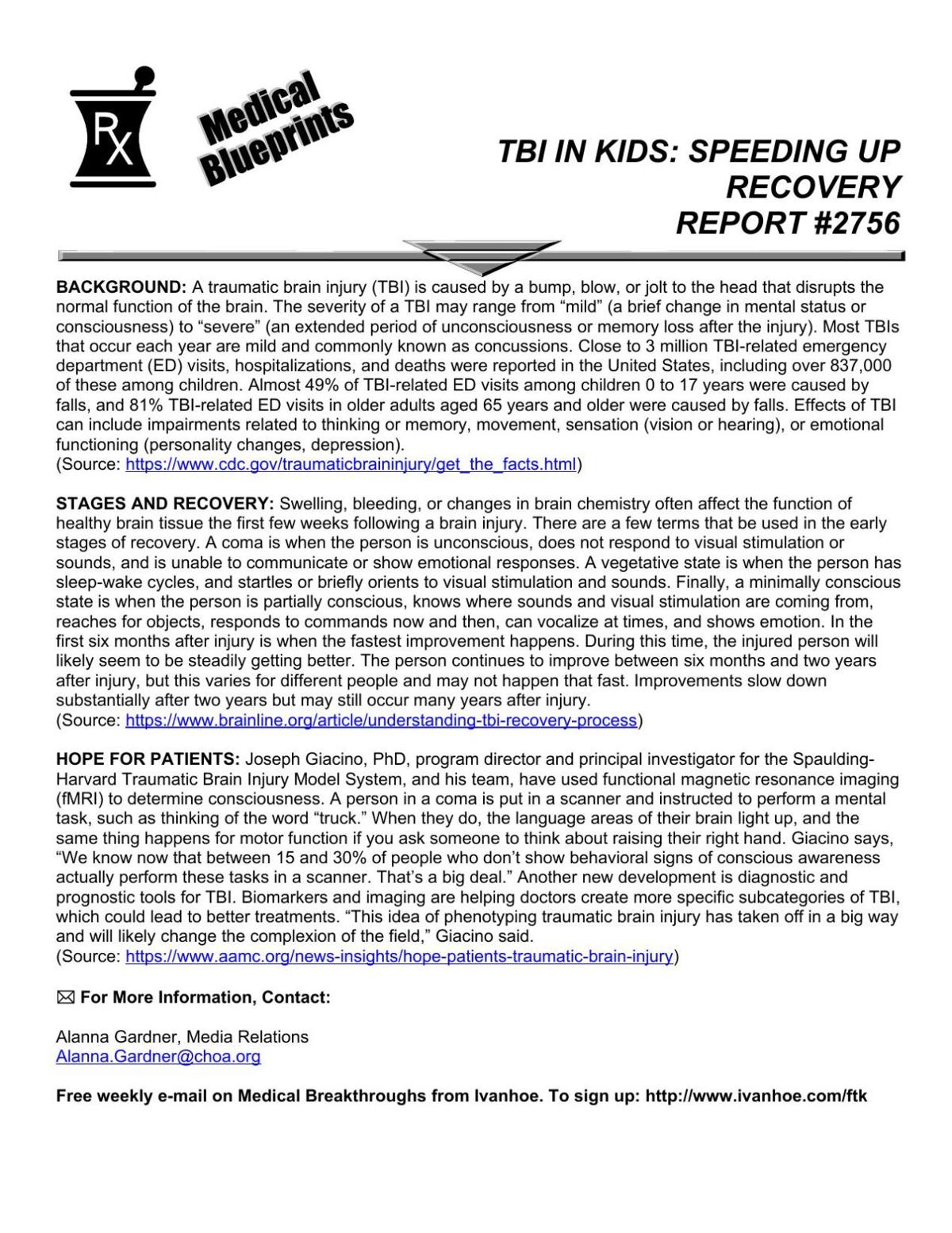 Parents should also flag changes in sleep, appetite, speech, or attention. Keep in mind that your child may need several different specialists to assist in recovery. Finally, most importantly, provide support.

"I know this is hard," said "Tommy," but you got to get this over with, OK? Then you gotta go play."

Burns also mentioned that when it comes to school, children with mild TBIs, such as concussions, who were kept out of school for three to five days, had many more problems and had a longer time to recover than the kids who got back to their normal routine more quickly.

Cancer, COPD, are fibrosis are among the reasons someone may need a lung transplant, but thousands of people waiting will never get one in time. In fact, 80% of the lungs that are donated for possible transplants are discarded due to poor function or disease, but now, a innovative procedure can restore compromised, donated lungs and help save more lives.