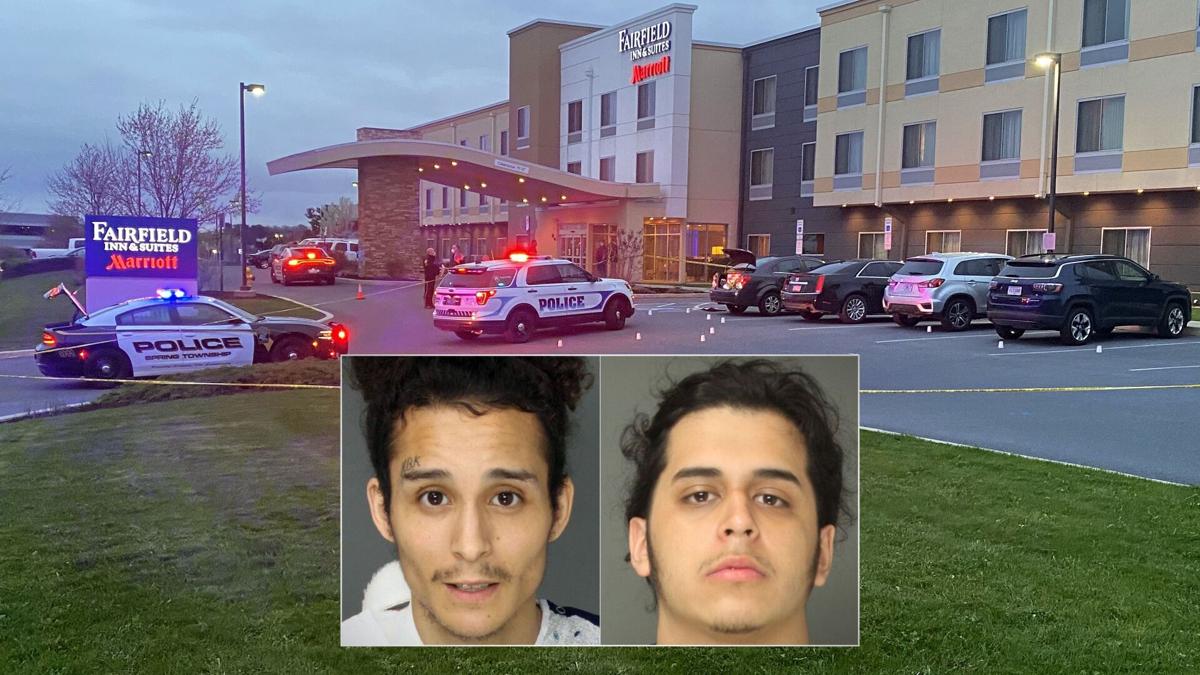 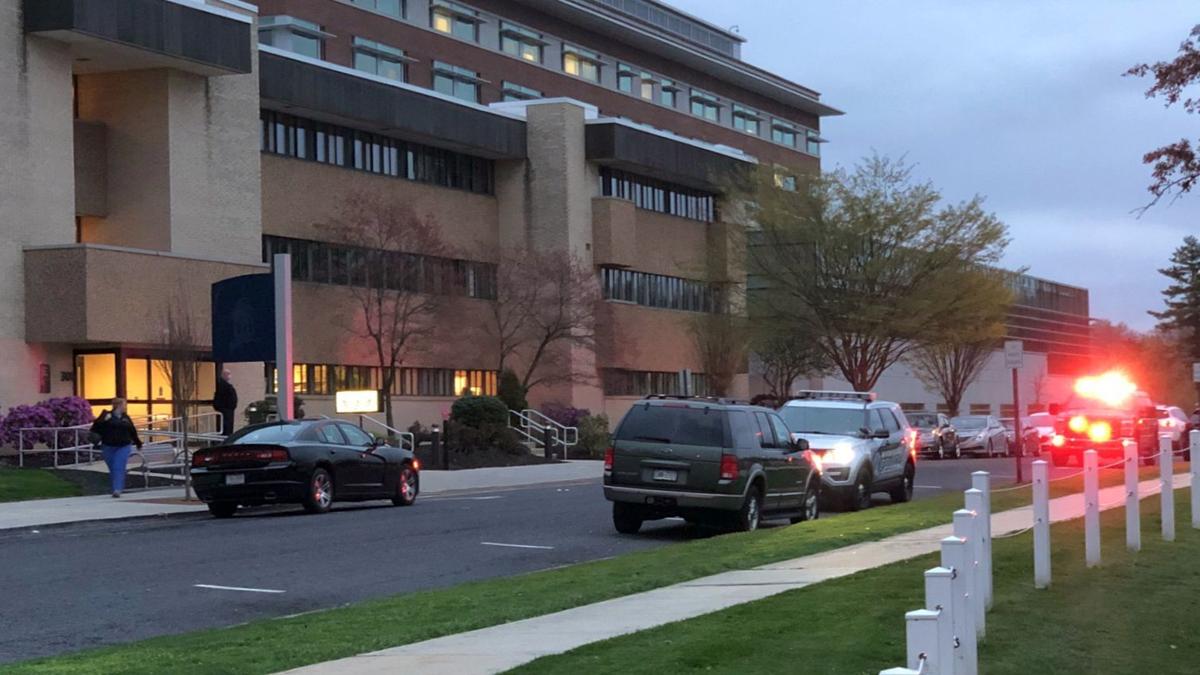 SPRING TWP., Pa. — Two Reading men have been charged in connection with an assault and exchange of gunfire that wounded at least two people on the parking lot of a hotel in Berks County.

The police identified the suspects as Pedro Franco-Flores, 21, and Joel Joshua San Andres, 19. They were charged Tuesday with attempted murder, aggravated assault, and related offenses.

San Andres was committed to the Berks County Jail, with his bail set at $750,000; Franco-Flores remains at large.

The charges stem from a violent altercation outside the Fairfield Inn & Suites on Meridian Boulevard in Spring Township. The police responded there shortly before 7 p.m. Monday for the report of a shooting.

Investigators provided the following timeline of events that preceded and followed the gunfire:

The victims — a 22-year-old man and a 21-year-old woman — parked their vehicle outside the hotel. They had with them a 7-month-old child.

Almost immediately, a black SUV with the two suspects and two women inside parked alongside the victims' vehicle.

Franco-Flores got out of the SUV and immediately assaulted the male victim, while the two women proceeded to assault the female victim.

San Andres got out of the SUV, and both he and Franco-Flores opened fire with handguns. The male victim retrieved a handgun from his car and returned fire.

The four occupants of the SUV then drove off, leaving the male victim wounded in the parking lot. An ambulance took him to Reading Hospital, where he was last reported to be in stable condition.

The baby was not injured.

A short time later, the two women who were in the SUV showed up outside a Reading Hospital doctor's office building on South Seventh Avenue in West Reading, with one of them seeking treatment for at least one gunshot wound. She was reported to be in stable condition.

As officers were responding to the hospital, they spotted the suspect SUV several blocks away and stopped it in the area of South Fifth Avenue and Sycamore Road. San Andres was detained with the vehicle; Franco-Flores ran off.

The police did not say if they have determined whether the people inside the two vehicles had a relationship prior to their encounter on the parking lot Monday evening.

The police said their investigation remains active. Anyone with information about the case is asked to contact the Spring Township Police Department by calling 610-678-3431 and ask to speak with criminal investigator Tim Katzman.

Spring Township police said they were assisted on the case by the Berks County district attorney and sheriff's offices and the West Reading, Wyomissing, and Penn State police departments.

Detectives said they were able to interview several witnesses and are trying to determine a motive for the shooting.

Prince Harry thought about quitting royal life in his 20s

Prince Harry thought about quitting royal life in his 20s

No charges for Ortiz-Magro after domestic violence arrest

No charges for Ortiz-Magro after domestic violence arrest