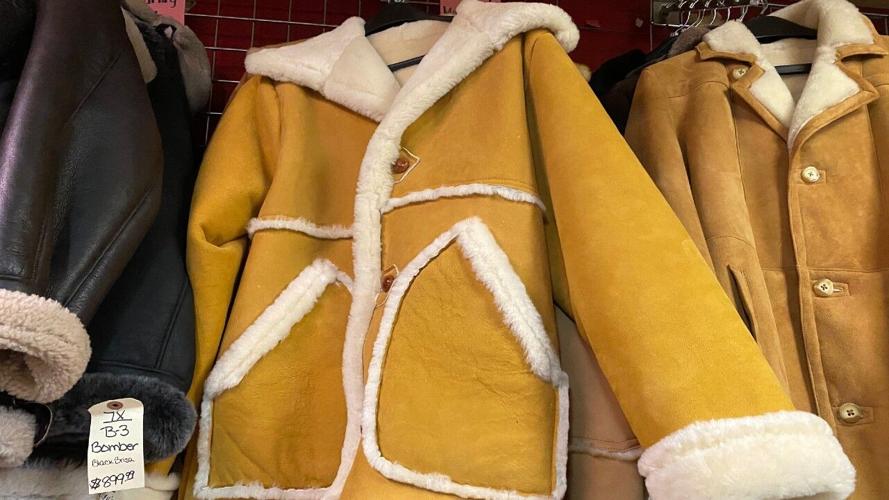 One of many coats for sale at Pat Garrett's sheepskin shop. 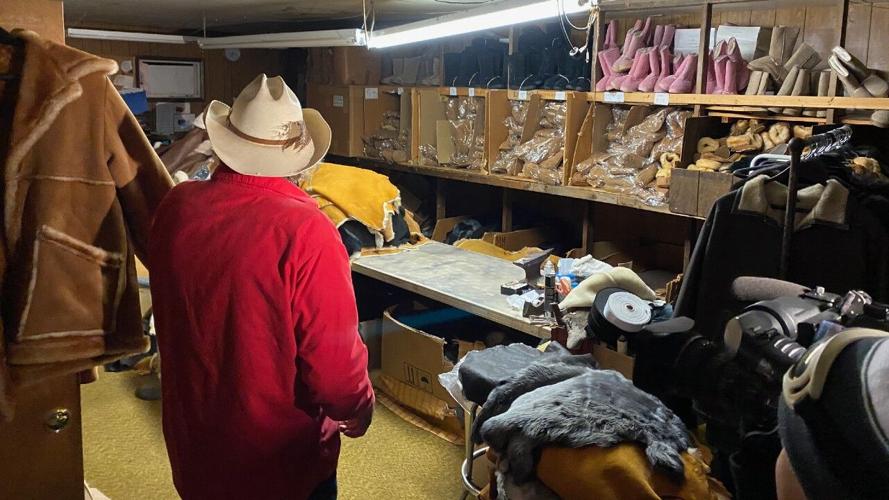 Pat Garrett looks at some of the inventory in his shop, which sells much more than just coats.

UPPER TULPEHOCKEN TWP., Pa. — A long-standing shop off Route 183 in Upper Tulpehocken Township holds a stacked, sweeping sea of sheepskin coats and plenty of other handmade items to keep you warm.

For country music singer Pat Garrett — from crafting songs to stitching coats — it's a passion started decades ago.

"Started out just selling the skins," Garrett explained, backed by rows of the coats. "In fact, right on these bins here, I sold sheepskin rugs."

From rugs to riches, as most recently the coats can be seen costuming characters on the hit show "Yellowstone," starring Kevin Costner.

"It's a pretty big thrill to know that they appreciate our stuff enough to wear it on TV and movies and stuff," Garrett said.

Costner isn't the first big star to wear one of Garrett's sheepskin coats. They've also been worn by some country music luminaries.

"Years ago, when I played with Shorty Long, I made coats for Conway Twitty and and also Loretta Lynn," Garrett recalled, "and later on, I made one for Charlie Daniels and George Jones and his wife."

From country stars to Costner, their coats are all coming out of a shop in Berks County. One might say there's no business like the coat business.

Julianne Moore: Gun violence has nothing to do with movies

Julianne Moore: Gun violence has nothing to do with movies

Minne Driver: I faked an orgasm to get a job

Minne Driver: I faked an orgasm to get a job

What the Tech? How clone scams work