The Amity Township-based company announced Monday that it will resume its scheduled bus service this Friday, July 31.

Buses will initially run their routes Fridays and Sundays, with additional days being added as the demand for travel increases, officials said.

"A survey was sent to those who have used our New York City service in the past and the results helped us determine which days to resume service first," said Alison Klein Sherman, the company's vice president of finance.

Sherman said her family's company has intensified its cleaning and disinfecting of buses, and it's implemented distancing and prevention practices to support the health and well-being of its passengers.

"We've been working with our national and local motorcoach associations and motorcoach manufacturers to develop our plan and we're calling it our Extreme Clean Commitment," Sherman said.

Klein resumed its trips to the Jersey shore on July 17. Buses will travel to and from Ocean City, New Jersey, every other Friday for the rest of the summer.

Trips to Ocean City, Maryland, and Cape May, New Jersey, are also scheduled this summer and fall. 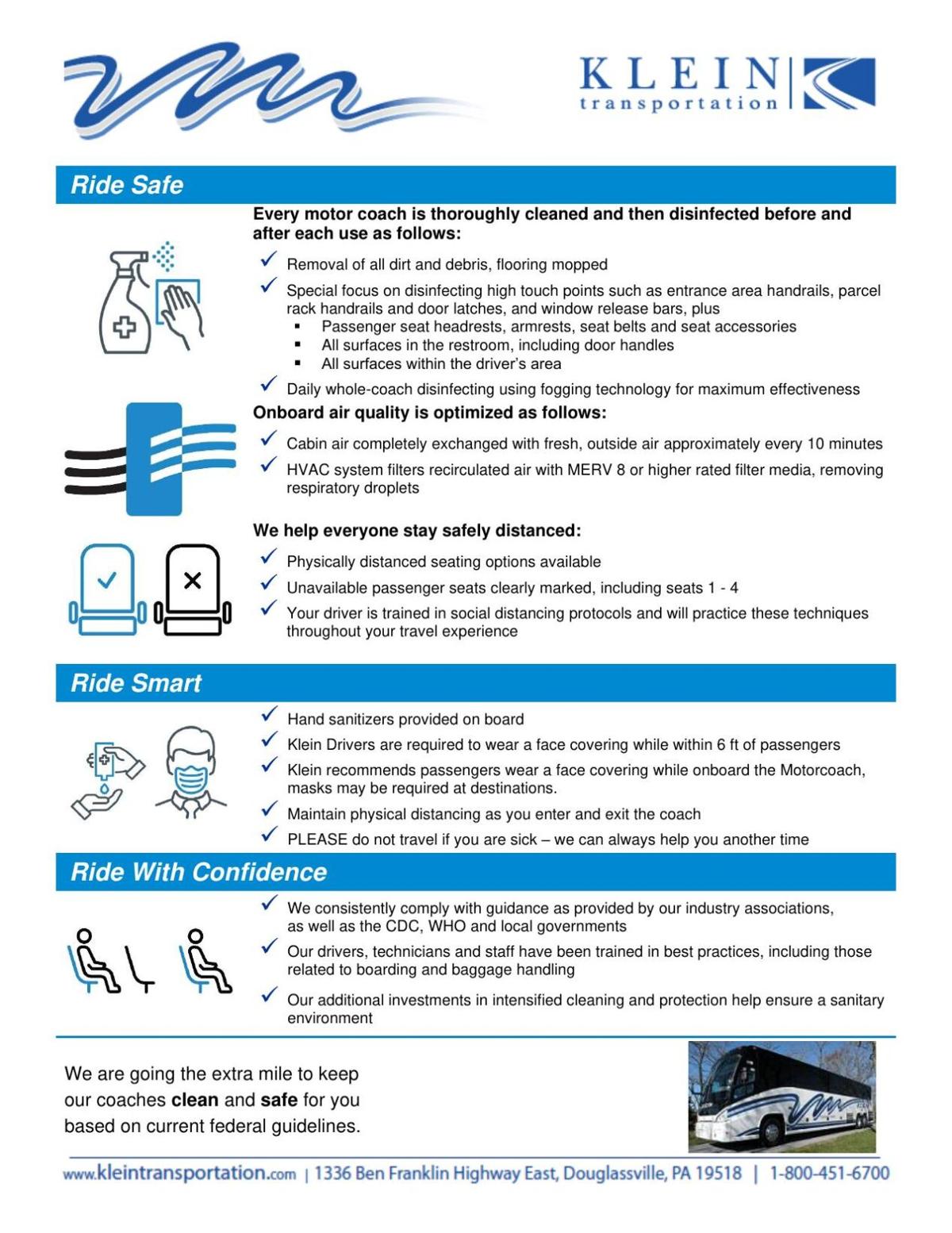 ‘The Falcon and the Winter Soldier’: Danny Ramirez on Sam & Joaquin’s Connection

‘The Falcon and the Winter Soldier’: Danny Ramirez on Sam & Joaquin’s Connection

What the Tech? Earth Day and technology

What the Tech? App of the day: HeardThat