READING, Pa. — People who walk, run or bike along the Union Canal Trail in Berks County can now make use of a new tool to help guide their way.

The county's parks and recreation department has installed a system of markers along the six-mile trail, which follows the Tulpehocken Creek from Reading's northern border to Blue Marsh Lake.

The 60 brown, fiberglass markers are spaced one-tenth of a mile apart to let users know how far they've traveled.

But there's also a safety element to the new system. The markers are incorporated into the county's GIS mapping system, allowing emergency responders to more easily locate someone in need of help.

"Having physical markers in the field that can be correlated to our mapping in the 911 Center creates a safer environment for folks who are using the County Parks system and makes the job of emergency responders easier when they need to locate callers in distress," said Brian Gottschall, the county's director of emergency services.

Parks and rec officials said they previously considered a trail marker system for the Union Canal, but it wasn't until 2020 when they moved the project to the top of their to-do list. 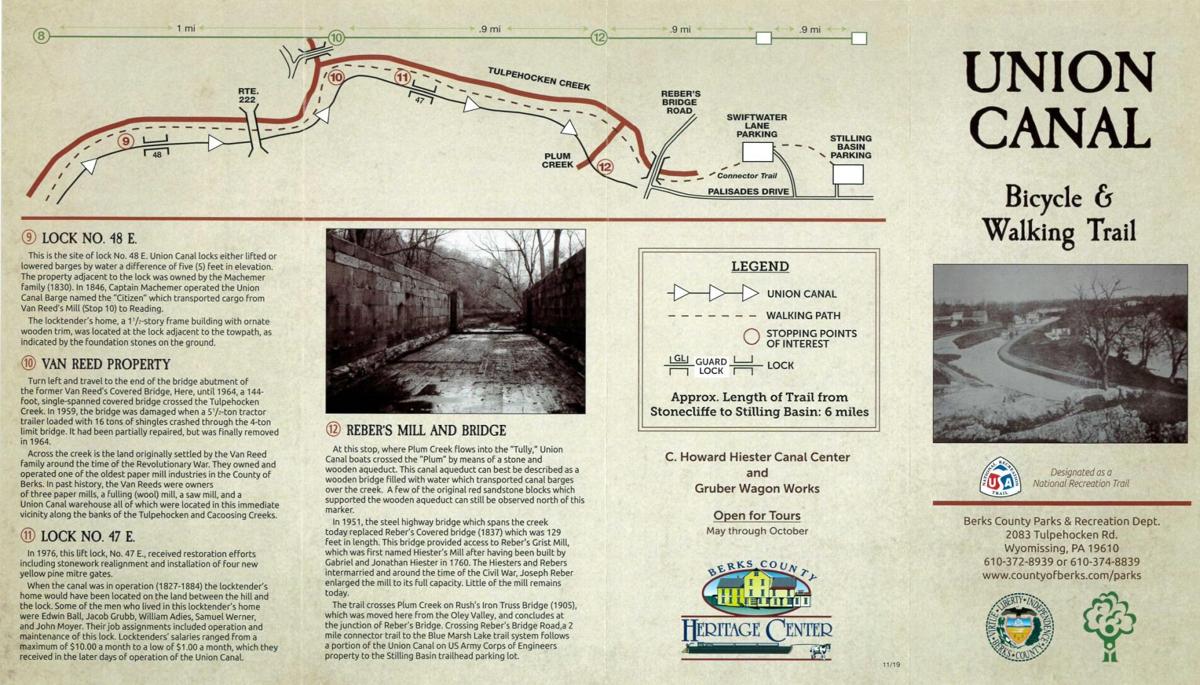 "This past year, with COVID and the shutdown orders, our parks were significantly busier over the spring and summer months and we had quite a few more incidents out on the trail," said Eric Seidel, park ranger supervisor. "Now is the time to get this done."

The county's parks and recreation department said it also plans to install several point-of-interest markers in the coming months. In the meantime, various points of interest as well as an audio tour can be found on the county's website.

The Union Canal Trail passes through several of the county's parks and recreation areas and links to the Schuylkill River Trail and the Blue Marsh Lake Trail system.

Prince Harry: I won't pass down my trauma to my kids

Prince Harry: I won't pass down my trauma to my kids