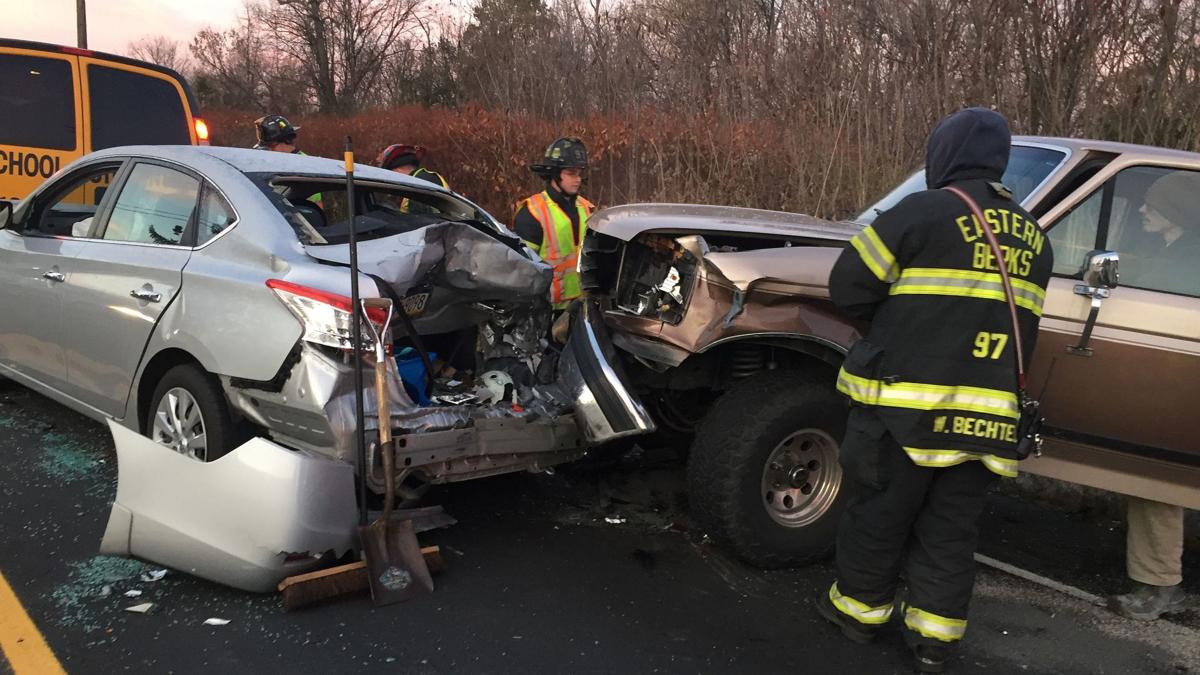 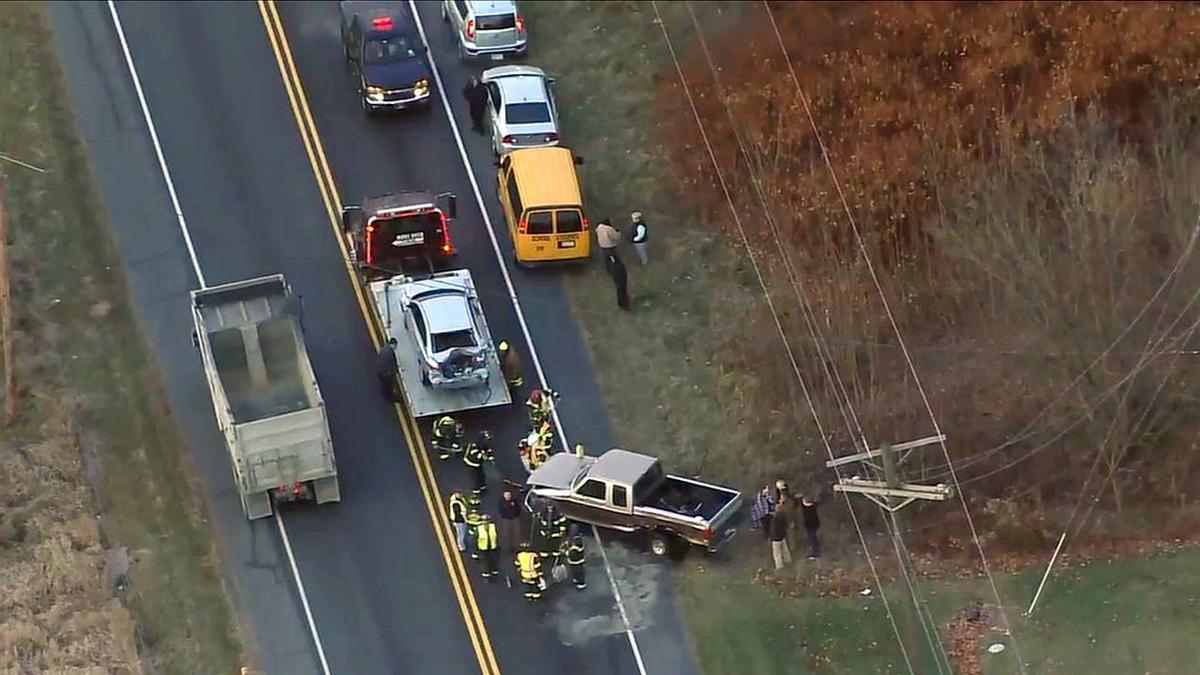 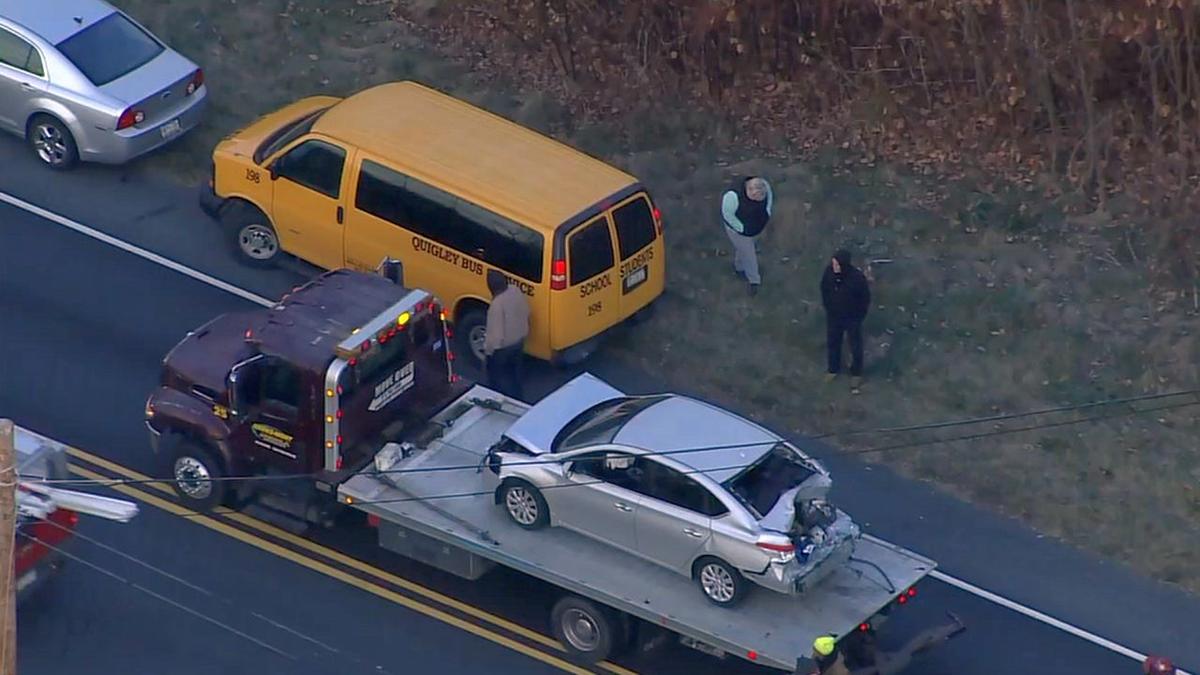 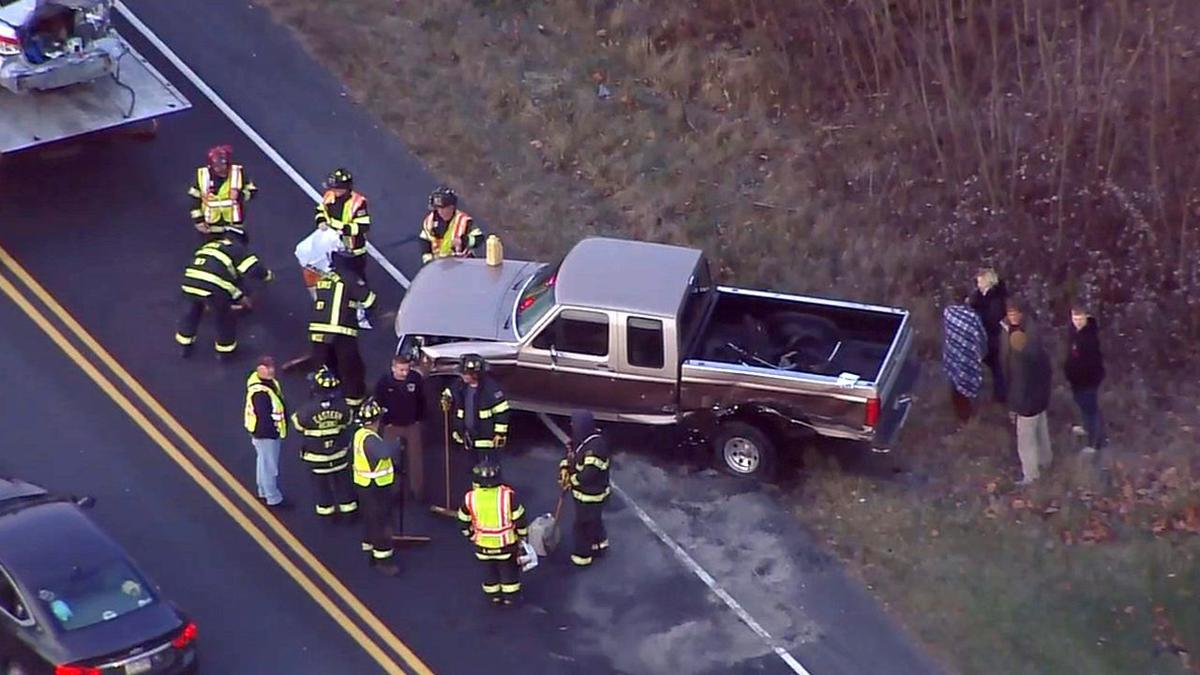 WASHINGTON TWP., Pa. - The occupants of six vehicles, including a school van, managed to escape injury in a crash on Route 100 in Berks County early Thursday morning, according to Pennsylvania State Police.

The crash happened near the intersection of Hoffmansville Road in Washington Township.

Police have not yet said what caused the crash, but the Boyertown Area School District said in a social media post that one of its vans was rear-ended by another vehicle on Route 100.

No students were on the van at the time, and the driver of the van was reported to be OK. In fact, no injuries were reported, despite serious damage being done to a car and a pickup truck.

Plenty of sunshine; not as cold in the afternoon.