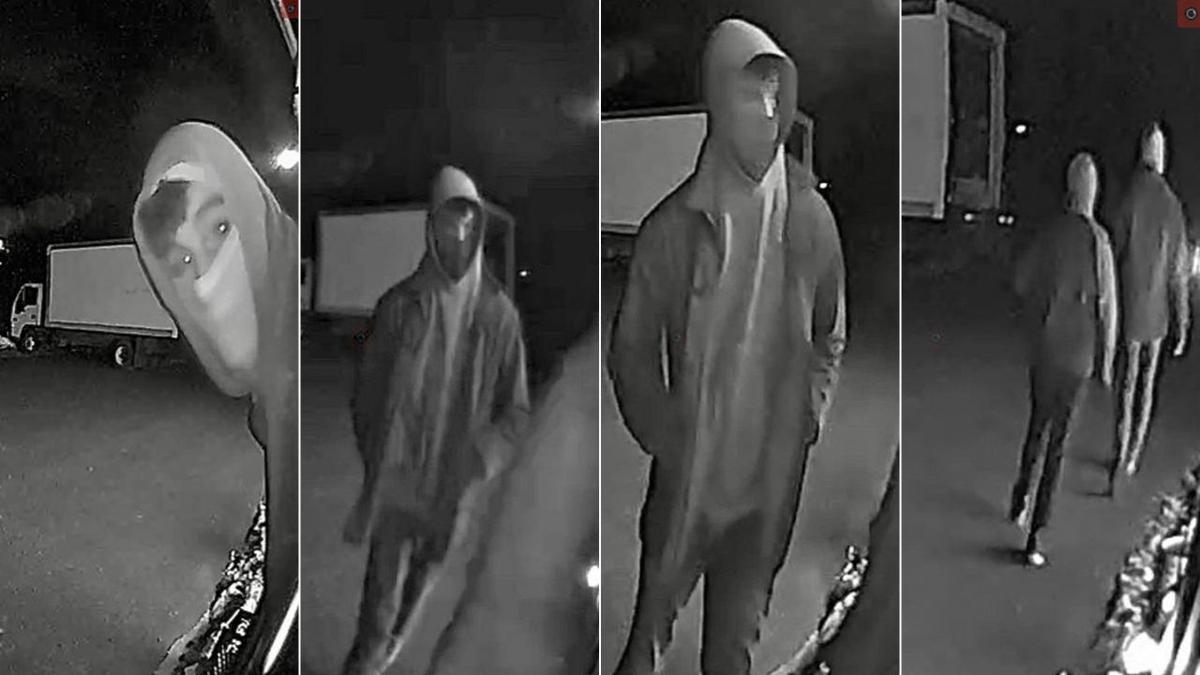 Crime Alert Berks County is offering a cash reward of up to $10,000 for information that leads to an arrest in the case.

WASHINGTON TWP., Pa. — Authorities are seeking two people who were caught on camera as they burglarized a farm in Berks County.

The Pennsylvania State Police on Wednesday released four surveillance photos of the crime, which happened between 6:30 and 7 p.m. Tuesday at the Wild Fox Farm on Longview Lane in Washington Township.

The thieves forced their way inside a greenhouse and took a number of items, including 20-30 hemp plants and an honor box, according to a post the farm shared on Facebook.

The post described the thieves a being in their late teens or early 20s. One is about 6 feet tall with dark, curly hair. He was wearing what appeared to be jeans and cowboy boots, a hooded sweatshirt, a collared winter jacket, and a neck gaiter; the other is about 5 feet, 5 inches tall. He was wearing dark sneakers with white soles, a two-tone hooded sweatshirt, sweatpants, and a neck gaiter.

Anyone with information about the burglary can contact Crime Alert Berks County by texting a tip to 847411, starting the message with keyword alertberks, or by calling 877-373-9913. A cash reward is being offered for information that leads to an arrest.

Elvis Costello not a fan of modern rock

Elvis Costello not a fan of modern rock