ALLENTOWN, Pa. – Allentown City Council did not consider a bill Wednesday night that would end the prohibition of commercial onsite food frying in one city zoning district. 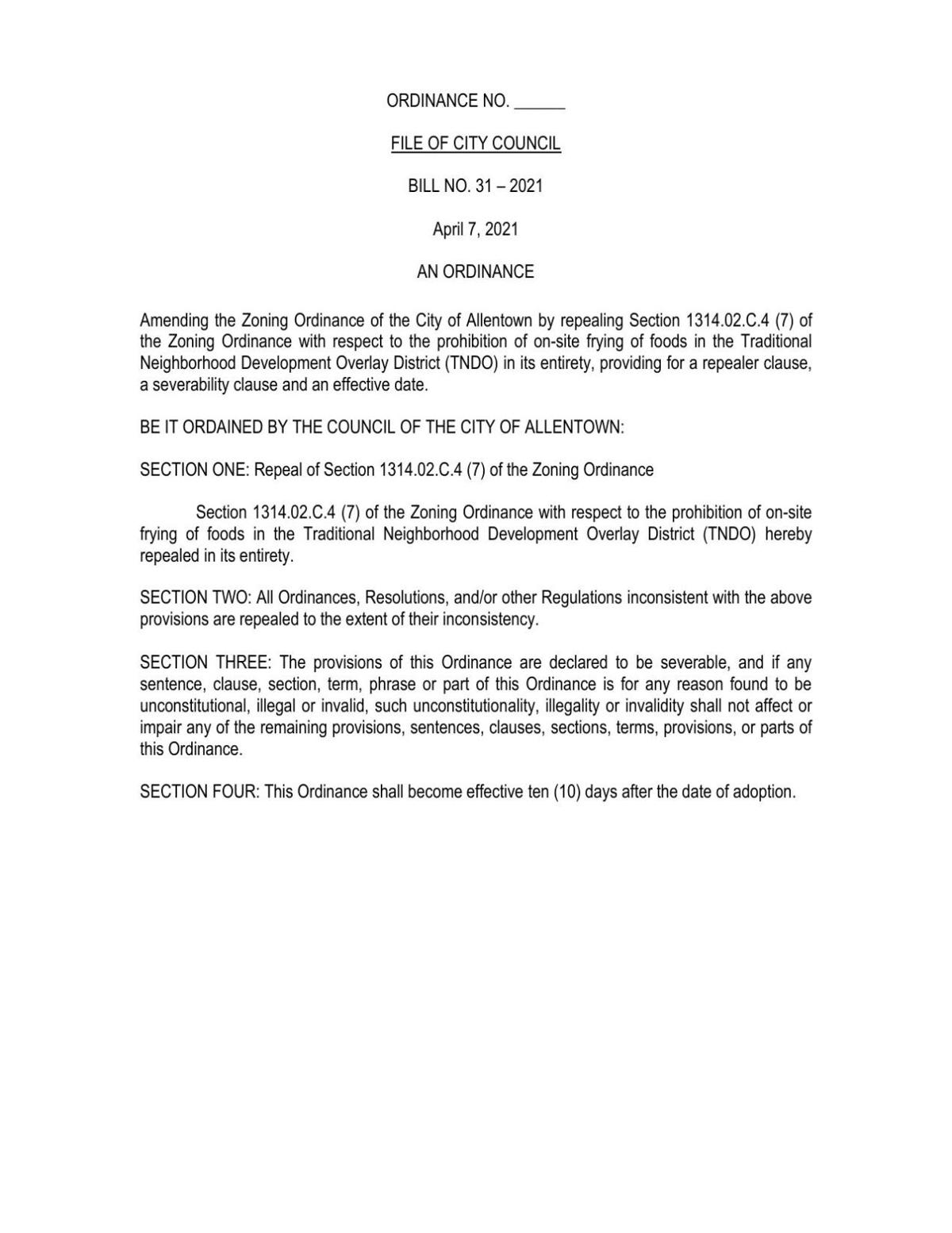 The bill, sponsored by President Julio Guridy and Vice President Cynthia Mota, would repeal the law banning onsite food-frying in restaurants located in the Traditional Neighborhood Development Overlay District (TNDO). The TNDO is comprised roughly from the Lehigh River east, to North 25th Street in the west, and just south of Sumner Avenue in the north and Union Street in the south.

"We're going to be working on this further," said Guridy at a public hearing on the matter prior to council's regular meeting Wednesday night. The bill was sent back to the Rules, Chambers, Intergovernmental, Relations and Strategy Committee for revision. 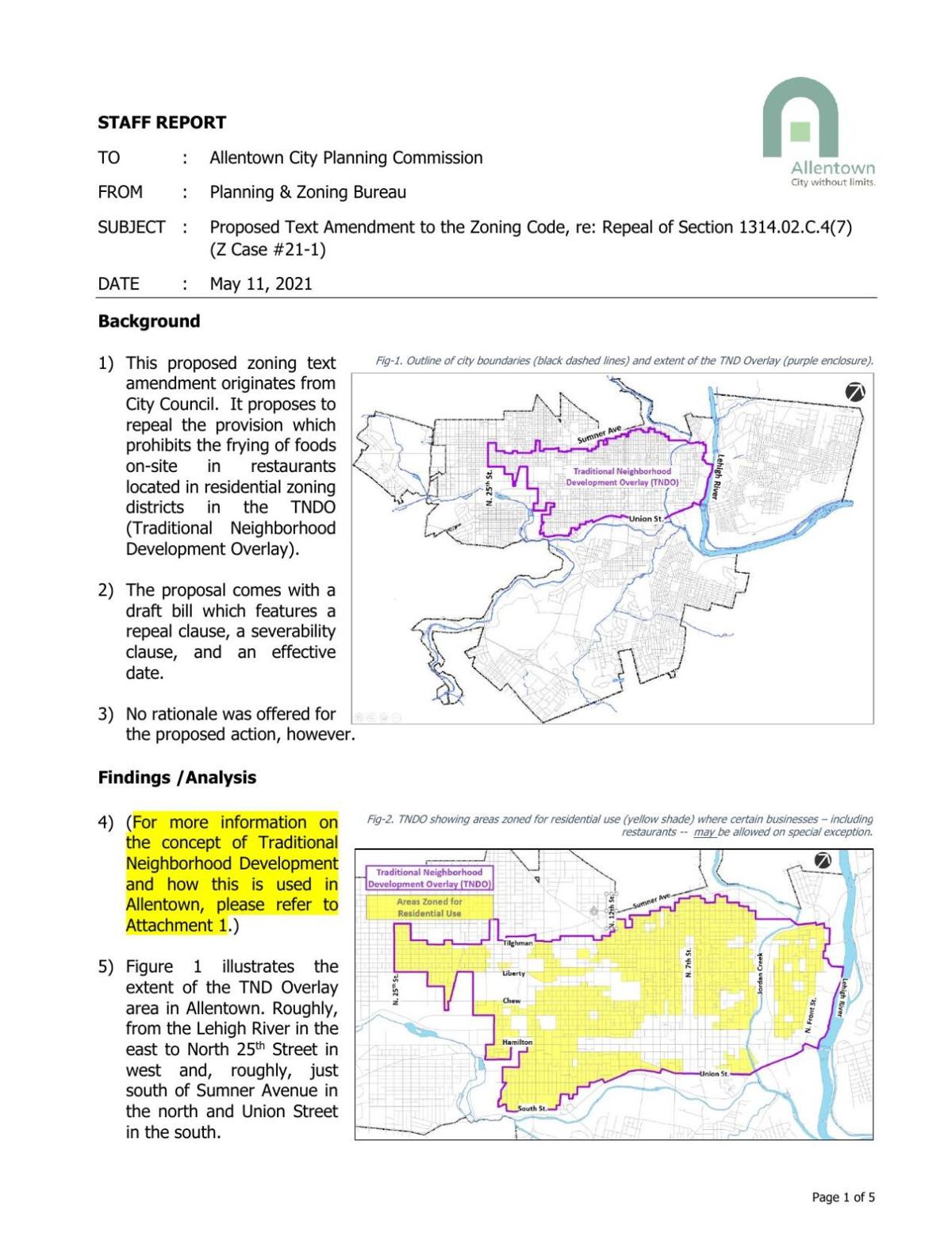 The city's Planning and Zoning Bureau does not support the amendment. The bureau said the law, which was established in 2010, is part of various limitations on businesses that operate in what are primarily residential or neighborhood portions of the TNDO.

The restriction is designed "to mitigate negative impacts that commercial frying will have on adjoining residences," according to a report written by the Planning and Zoning Bureau, noted during the hearing. Such impacts, the report says, include odor, smoke and noise from ventilating exhaust systems.

The bureau continued that "aside from odor, smoke and noise, deep frying of food at a commercial scale can be a source of destructive fire incidents at any location. The staff feels that allowing commercial deep frying in the TNDO — where there is none now — heightens the risk of fire incidence where potential destruction could be widespread given the closeness of housing structures."

In addition, the department noted the TNDO also includes three historic districts where structures "were found to posses historic characteristics and interesting architectural details worth preserving and conserving."

In other news, council received a presentation regarding the proposed Da Vinci Science Center's project, which will be located at Hamilton and Eighth streets. Once completed, the new 67,000-square-foot center will be the third-largest science center in Pennsylvania, according to Lin Erickson, executive director and CEO of Da Vinci.

She indicated that "a consumer research and attendance potential study commissioned by Da Vinci forecasts more than 400,000 people will visit the new science center."

Erickson is seeking $2 million of the city's American Rescue Plan funds. Da Vinci, she said, needs the money to "ensure that the construction project is completed on time."

The total project investment for downtown Da Vinci Science Center is $65 million. Construction is scheduled to commence in March 2022.