ALLENTOWN, Pa. – During its Wednesday night meeting, Allentown City Council moved a step forward with a bill to regulate establishments that offer "bring your own bottle" options.

Council forwarded the bill to amend the city's general offenses code to outline BYOB regulations "in order to protect the rights of residents and business owners to the quiet enjoyment of their property, to protect the health, welfare and safety of the residents and guests of the City of Allentown." 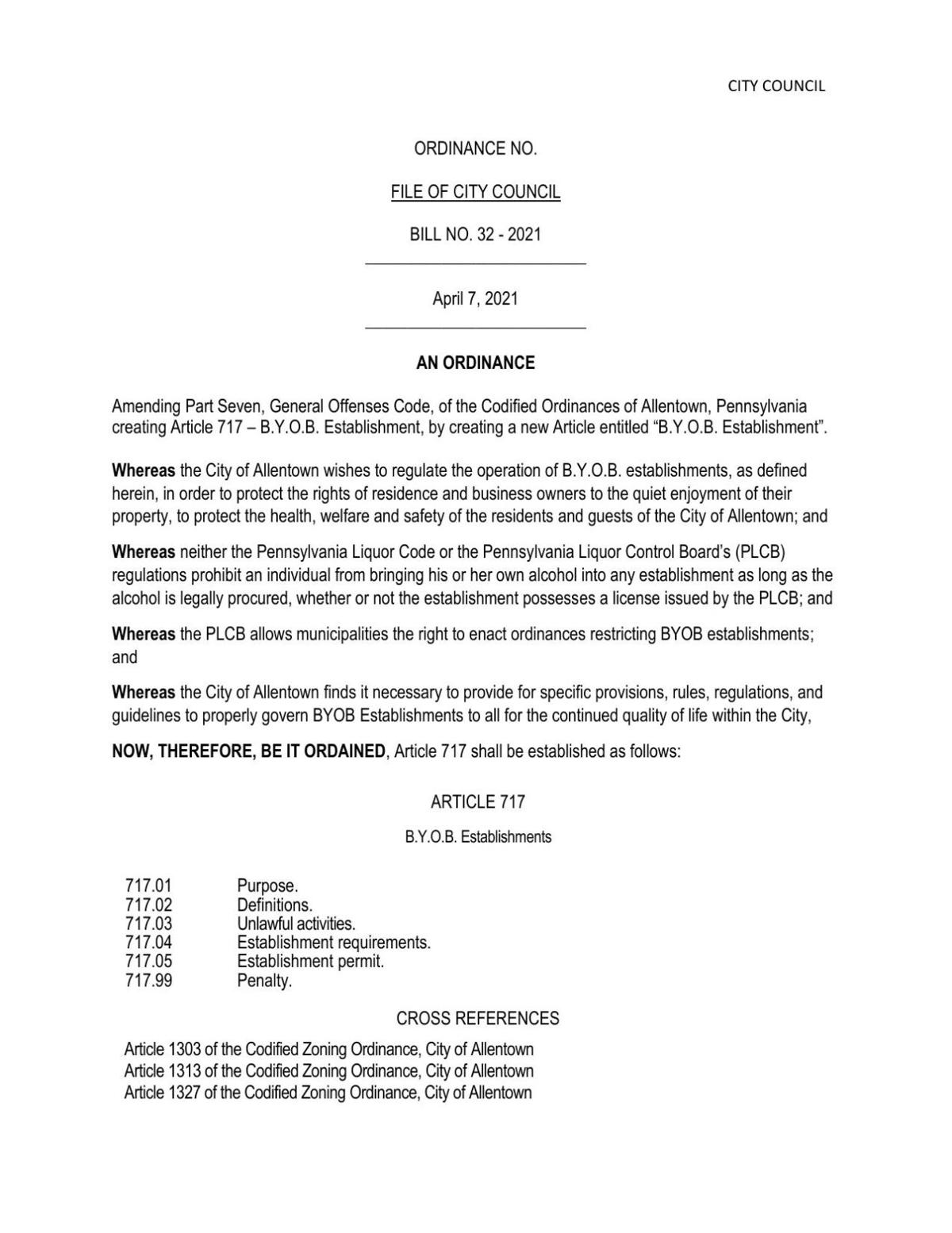 BYOB establishments, as defined by the bill, include restaurants, taverns, clubs and social buildings where alcohol is not sold but where people are permitted to bring intoxicating beverages for their own consumption.

The PLCB, however, allows municipalities the right to enact ordinances restricting BYOB establishments to maintain quality of life. The local requirements for businesses are multifaceted and include obtaining various licenses, certificates and permits.

One such requirement put forth in the proposed bill for the city of Allentown — the BYOB Establishment Permit — must be obtained and renewed annually at a cost of $250 per year. The application for the permit would be submitted to the Allentown police chief, who would determine whether the establishment complies with the provisions of the bill.

Other regulations outlined in the bill relate to the hours of business for the establishment, insurance coverage and possession of a tax license and business permit. Anyone violating the regulations is subject to a $300 penalty for each day of the violation.

The bill was forwarded to the Public Safety committee for review.

Designating the redevelopment authority as a land bank will enable it to acquire, hold and transfer interests in real property throughout the city.

What the Tech? Spring clean your desktops

What the Tech? App of the day: Uptime