BETHLEHEM, Pa. — Bethlehem issued its first "Climate Action Plan" on Monday, capping a year of discussions with a proposal that sets ambitious environmental goals but leaves many details to be filled in.

Goals are as specific as setting cuts on greenhouse gas emissions and taking a science-based approach, and as general as promoting social justice and community health.

Greenhouse gases are one of the factors cited by environmentalists for causing climate change.

The mayor introduced the plan at a meeting in City Hall, but he left the bulk of the review to Councilman J. William Reynolds, who is running in the Democratic primary to succeed Donchez.

"How do you build a sustainable community that people want to live in?" is the question, Reynolds said during a brisk 28-minute summary.

Much more work on the CAP remains to be done, and that will continue this year and in the future. 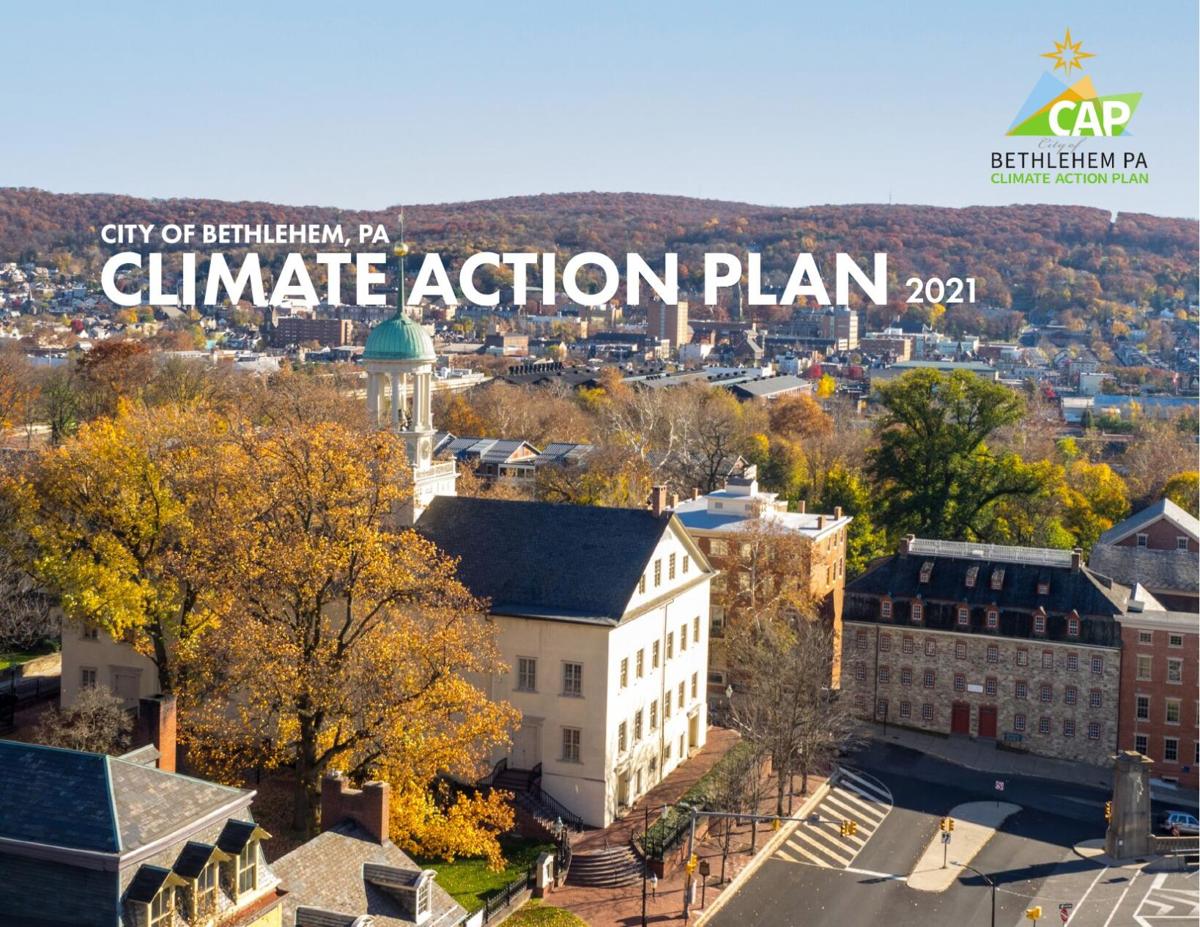 The plan disclosed Monday includes measurable goals, such as cutting greenhouse gas emissions from buildings by 30% (based on 2017 numbers) and reaching 100% use of renewable electricity by 2030.

Other aspirations are not as specific. The plan commits the city "to establishing a just and ethical long-term framework for climate action that promotes equity for all Bethlehem residents."

Reynolds said 40% of resources committed to the plan will go to residents who are in the path of changes, for example, those who might have trouble paying higher electric bills.

Coming up with a plan is a small step, Reynolds said. Bethlehem will have to work with state and federal officials, review its building codes, and think hard about how the city can be better for pedestrians and bicycle riders.

Finding a way for "a mid-size city" to deal with a global issue is challenge.

"None of this is going to be easy," he said.

On the positive side, he said Lehigh University and Moravian College are leaders in finding green solutions and can help guide the city, and Bethlehem was moving toward sustainability before climate-plan talks started in 2020.

Some progress dates to 2006, when then-Mayor John Callahan signed a proclamation to work toward environmental goals with the leaders of Allentown and Easton. Bethlehem managed to cut greenhouse gas from municipal operations from 2005 to 2017, and Donchez has been active in working with other cities to fight climate change.

Bethlehem has saved electricity and money by switching streetlights to LED bulbs, for example.

Two big green Bethlehem assets were not mentioned in the summary Monday. The Bethlehem Authority, which runs the city's water system, owns the Penn Forest and Wild Creek reservoirs in Carbon and Monroe counties. The watersheds cover thousands of acres of forest.

Reynolds said the reservoirs may be discussed as the plan proceeds.

The Bethlehem plan is ambitious, but there are about 7.9 billion people on Earth, and only 75,000 in the Christmas City. That does not make the task of making the city and the world better places an insurmountable one, Reynolds said after the meeting.

"Everybody needs to do their part, no matter how small it is," Reynolds said after the meeting. The job is huge, he added: "This is going to take years."