Judge Thomas Capehart said during an Oct. 7 hearing that District Attorney Jim Martin testified on behalf of petitioners about his "investigation into alleged violations of election laws concerning voter use of drop boxes." 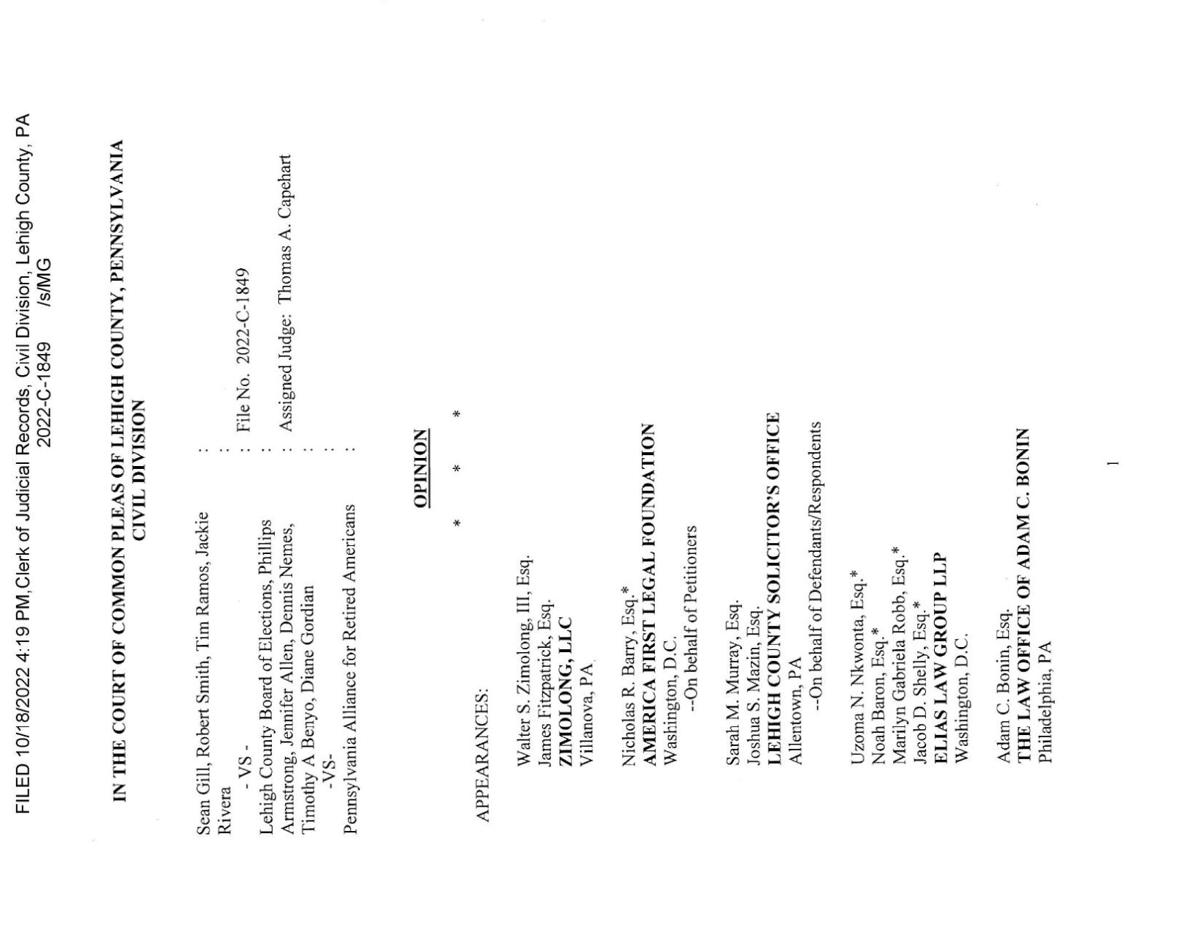 The ruling says Martin testified after the 2021 general election that county detectives reviewed "video surveillance of the five drop boxes...revealing at least 288 incidents where voters dropped off more than one ballot."

Martin testified that detectives also reviewed footage from the May 2022 election.

The ruling goes on to say:

"After Chief Clerk Benyo, working closely and cooperatively with DA Martin, created conspicuous signage in both English and Spanish with improved warnings to limit the return of multiple ballots," violations dropped "to nearly zero."

Martin recommended to the county that drop boxes be limited to business hours and be monitored.

On that, Judge Capehart says: "The unintended result of in-person intervention...may unduly interfere with voters lawfully returning their ballots to the drop box."

The judge went on to say that because of "better and clearer information being provided to voters, the integrity of mail-in voting via drop boxes in Lehigh County remains safe and secure."

Lehigh County Republican Chair Joe Vichot said “We are disappointed with the ruling. My understanding is it will be appealed."

"The purpose of our investigation which led to this lawsuit is to ensure voter confidence in our election system by providing a secure method to vote. Monitors are a legitimate way to maintain election integrity and will help to avoid disenfranchising any voter."

"As to the judge's ruling, I was disappointed," said Tim Ramos, who participated in the lawsuit.

"Personally, I wouldn't have cared if drop boxes were open 24 hours a day as long as there was someone there to supervise and ensure that multiple ballots were not being delivered. Spouses is one thing but delivering the ballots of neighbors, friends, and others is out of the question. The fact that this is being permitted despite the proven security issues is difficult to understand."

We reached out to America First Legal Foundation, but have not heard back yet.

Lehigh County is stopping the use of ballot drop boxes until a lawsuit is decided.

What the Tech? App that makes it easy to help feed people in need all over the world

What the Tech? The best times to shop for the holidays