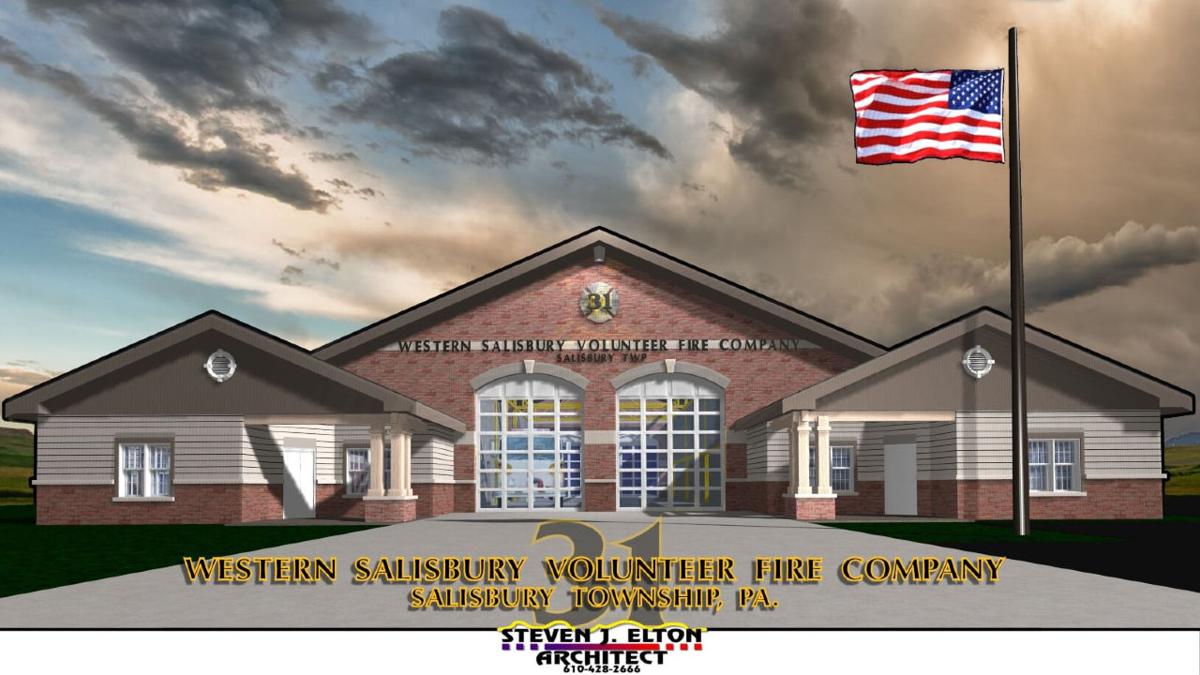 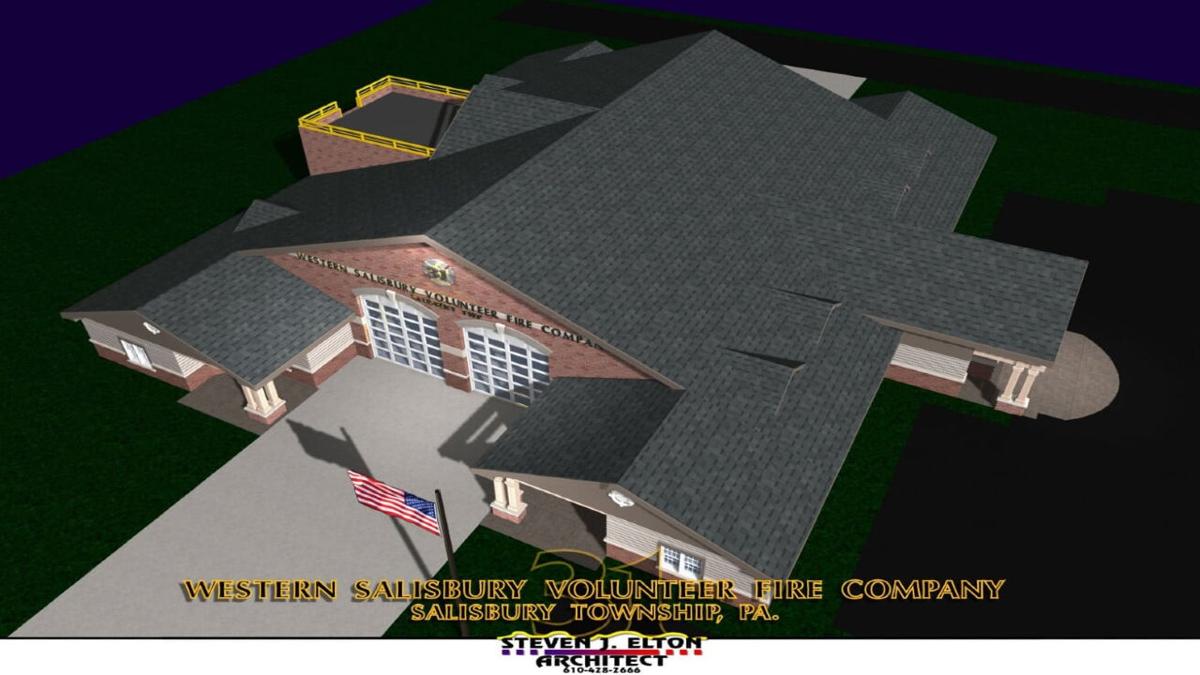 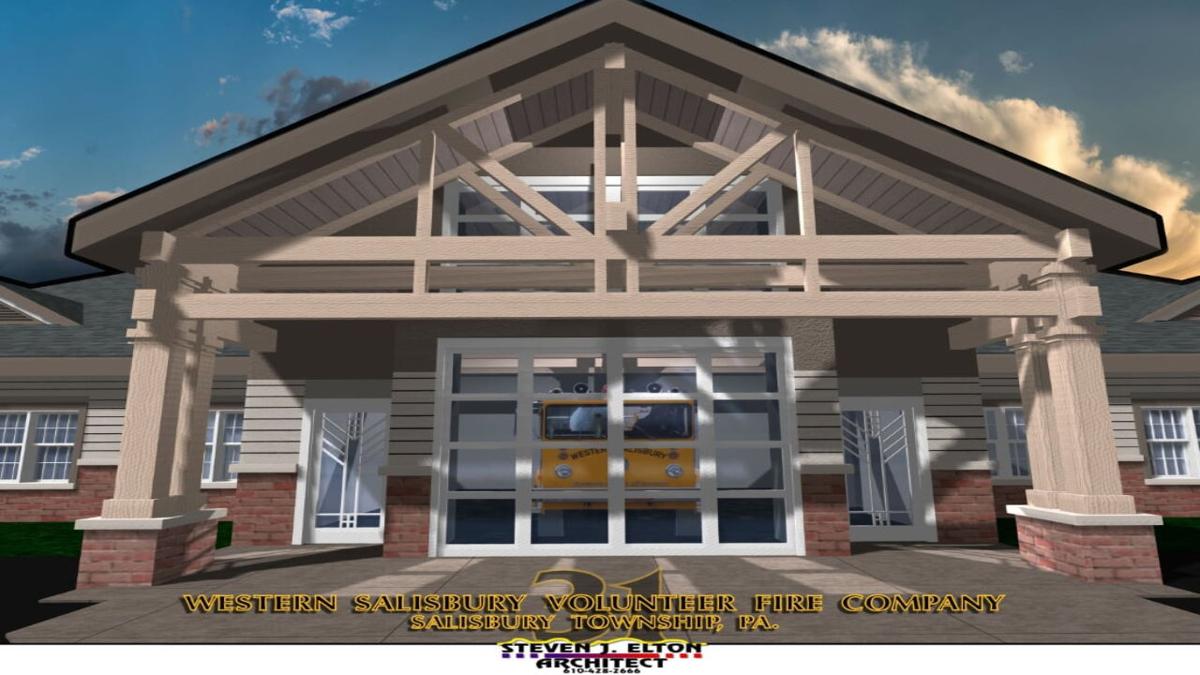 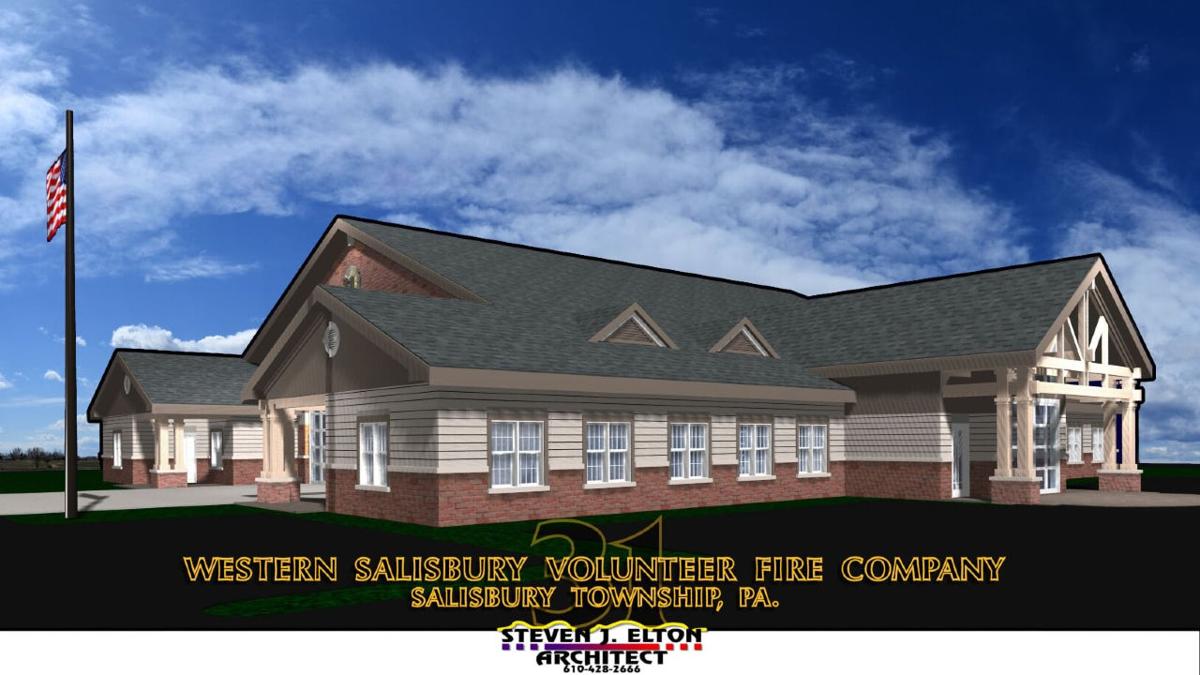 SALISBURY TWP., Pa. | In the works now for more than five years, the architect and project manager for the Western Salisbury Volunteer Fire Company's new fire station have unveiled the long-awaited plans.

Township commissioners on Thursday reviewed building and site plans for the nearly $3 million fire station to be located next to Green Acres Park basketball courts located in western region of the township.

The new fire station is designed to blend in with the residential neighborhood surrounding it and will be built about a block from the current station next to the Swain School. Its designer and project manager is architect Steven Elton of Bethlehem.

The station will be built on a grass lot located south of Green Acres Drive and bordered on the south by Andrea Drive and to the west by Miller Street. $400,000 of the total project price tag will be allocated for site development, including storm water drainage features such as a rain garden and detention pond.

"This is like a dream come true," said fire Chief Joshua Wells, a strong proponent of the project who has been diligent in his efforts over the years to advance the endeavor.

He pointed out the current station has only one restroom as compared to the new station which will have several among other notable features. It will include a centrally-located and elevated pitched rooftop to be situated over four fire truck bays, allowing for fire ladders to be lifted without have to take vehicles outside as the first step to gaining access to engines and other mechanical compartments.

The station also will include areas jutting from each of the four corners of the main garage to be used as a training and public voting room, administrative offices and apparatus area, firefighters' lounge with showers, bunks and laundry, and a small adjunct garage and the main lobby on the Miller Street side.

The exterior will be sided with brick and cement paneling and include large glass thermal garage doors on the north and south sides.

Building materials selection is still to be completed in addition to the entire plan having to be reviewed and approved by the township's planning, zoning, and commissioners' boards by June.

Construction is expected to begin this September with final completion approximately a year later.

It appears now is the time for the Western Salisbury Volunteer Fire Company to get a new home.

SALISBURY TWP., Pa. | Township officials met online for the first time Thursday in the face of the coronavirus pandemic, formally ratifying an…

Clouds and some sunshine with a shower or thunderstorm around; quite warm and humid.

Hot and humid with sunshine and patchy clouds.