The U.S. Census Bureau announced how many seats in the House of Representatives each state will have for the next decade.

The bureau announced the results of the 2020 census in a virtual news conference Monday. The bureau released data from the census, including resident populations for each state and the number of representatives each state will now have.

So who decides which House seat to eliminate?

Right now, it's set up that the General Assembly and the governor come to an agreement, but that's unlikely.

"We have nine Democrats and nine Republicans in the House. It's evenly divided. So, which seat do you get rid of?" said Lafayette College professor John Kincaid.

Typically that's decided on how the state is redistricted.

"This redistricting process is the most political of all processes," said former congressman Charlie Dent.

Dent says it opens a whole new can of worms besides partisan ones, like geographic issues, community interest, and protection of minority rights and representation.

This also means "Pennsylvania will have one less electoral vote," Dent said.

That'll play a role in the next presidential election, as Pennsylvania continues to be a swing state, and the fifth largest in the country.

An official decision as to how the new district map will look is still months away, but one thing seems certain.

"The redistricting process this year will be a bloodbath," Kincaid said.

"It is always more difficult to redistrict when you're losing a seat rather than adding a seat." 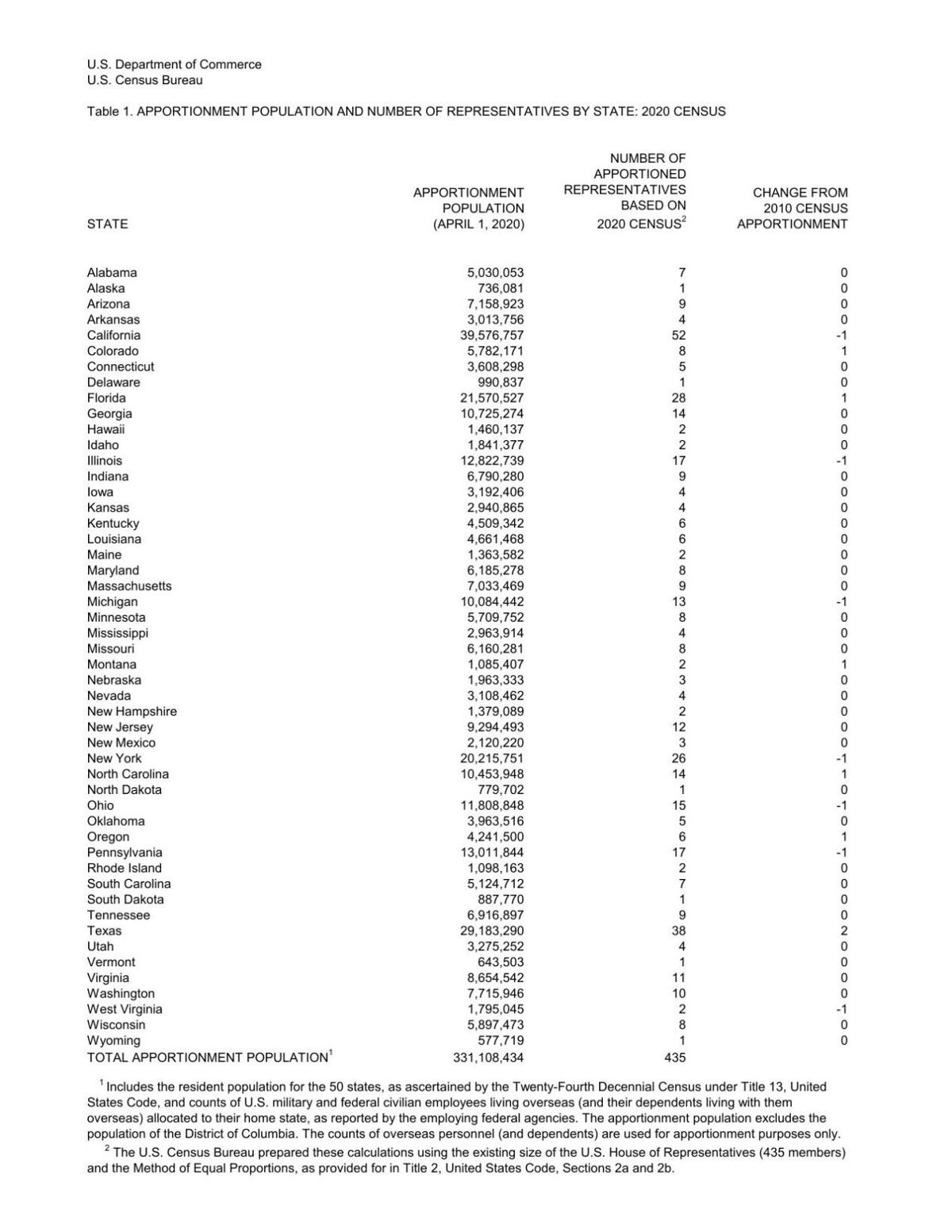 Texas gained two House seats, while Florida and North Carolina picked up one each. In contrast, Michigan, New York and Ohio each lost a seat. So did California - losing a seat for the first time ever.

37 states, including New Jersey, will not see any change in their number of House seats.

California has the highest population, while Wyoming has the lowest.