NORRISTOWN, Pa. – Several polling locations for the upcoming general elections are slated to be changed in Montgomery County.

On Thursday, Montgomery County Director of Elections Dori Sawyer announced that 26 polling locations would be changed for the upcoming November 2 general election.

According to Sawyer, the majority of the relocations were temporary moves due to either the COVID-19 pandemic or construction.

“Mostly moving back to original locations,” said Sawyer. “We have a few locations that are either under construction and we are actually working through a few others that we will present at a future meeting that we need to move either due to storm damage or other planned construction projects.”

Officials said notifications of the polling locations that will be moved has been posted and those voters affected by the changes will be notified by mail which will include a new voter identification card with the new polling location address. Those letters will go out by mail on Friday, according to Sawyer. 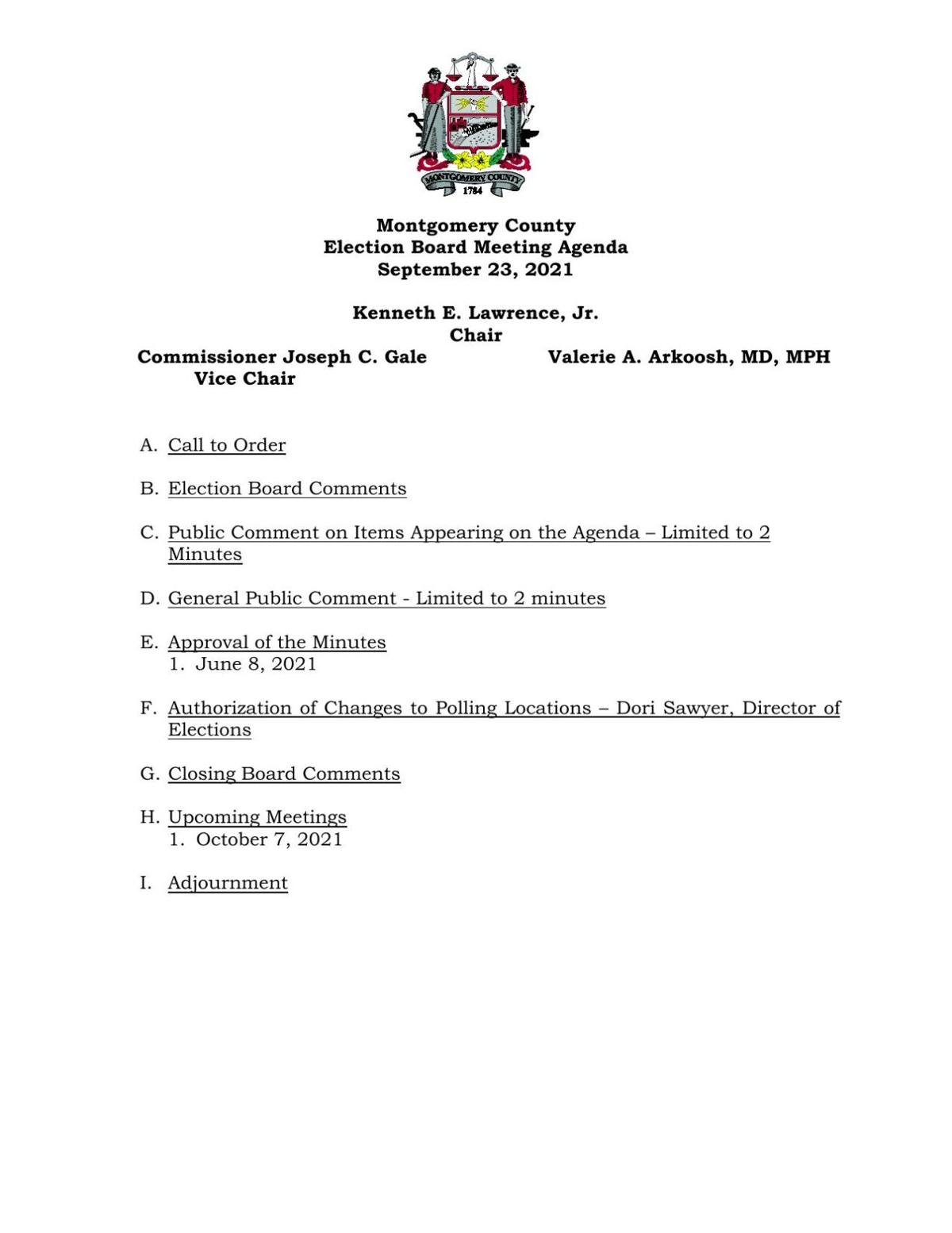