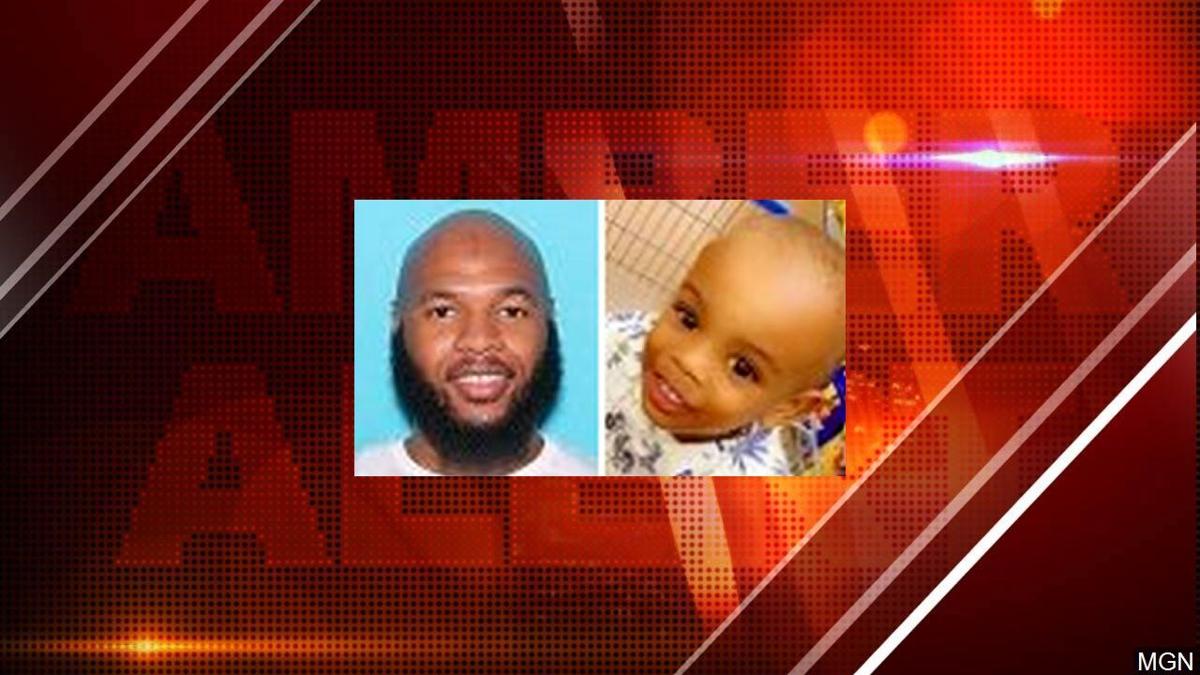 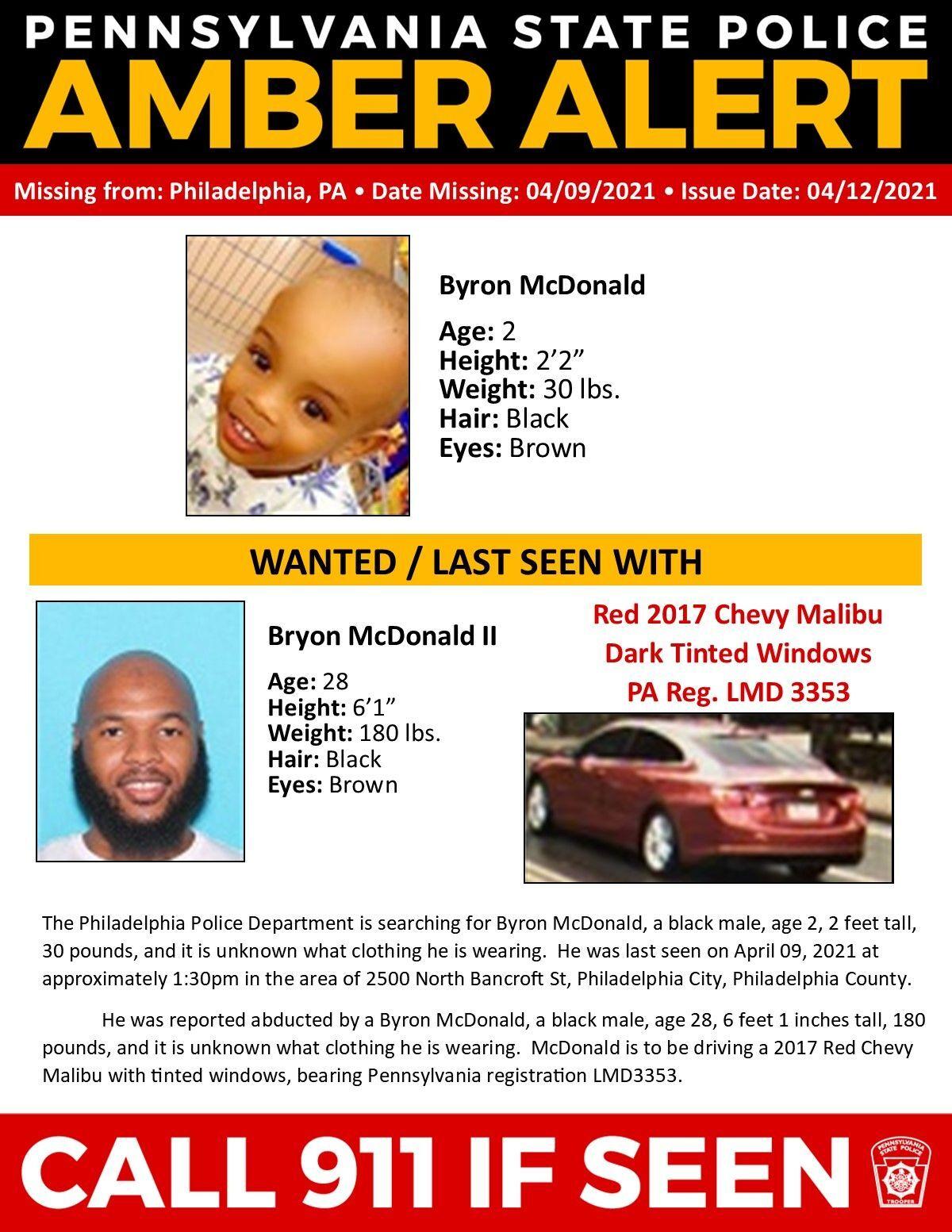 PHILADELPHIA — The Pennsylvania State Police have issued an Amber Alert for the reported abduction of a 2-year-old boy in Philadelphia.

The boy was last seen on Friday, April 9 at approximately 1:30 p.m. in the area of 2500 North Bancroft Street in Philadelphia.

The older McDonald is described as a black man who stands six feet, one inch and weighs 180 pounds. He has black hair and brown eyes.

McDonald is reported to be driving a red Chevy Malibu with tinted windows and Pennsylvania license plate number LMD-3353.

Anyone who sees either the man or the child is asked to call 911.