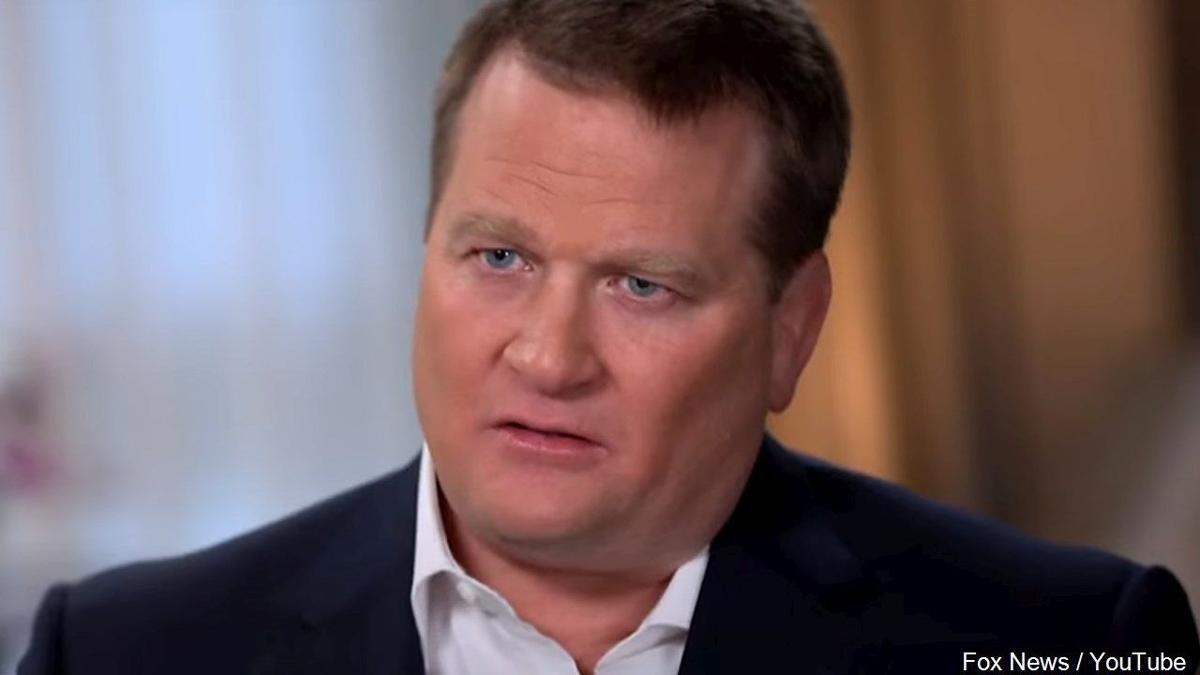 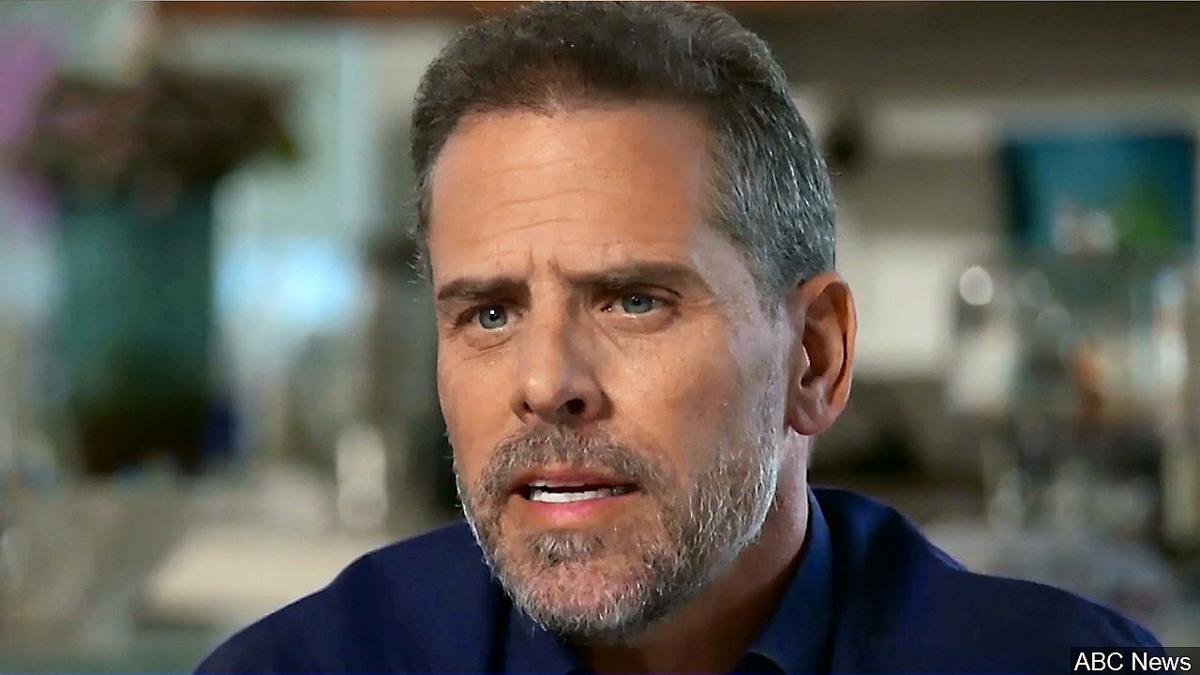 NEW YORK - A federal judge named Joe Biden as a possible "witness" along with his son Hunter in a criminal fraud case last year that ended in the convictions of two of Hunter's business partners, according to little-noticed court documents. The Democratic presidential candidate's appearance on a witness list casts new doubt on his claims he knew nothing about his son's shady business dealings.

Hunter Biden blamed one of his convicted partners — Devon Archer — for his father's name appearing on a list of potential witnesses in a juror questionnaire filed in the case.

In a 47-minute recording recovered from his abandoned laptop, an agitated Hunter can be heard grousing about calls he’s been getting from his father, who apparently was upset with the developments as he prepared to launch his campaign for the White House.

"And I am receiving calls from the U.S. attorney's office [because] my best friend Devon has named me as a witness without telling me in a criminal case — and my father — without telling me," Hunter said in the May 11, 2018, recording, which is believed to be an audiotape of a conversation the troubled son had with an unnamed woman.

Before impaneling a jury in the fraud case, U.S. District Judge Ronnie Abrams of New York asked jurors if they had any dealings with individuals on a list that she provided "whose names may come up during the trial or who may be witnesses in the case." Joe Biden's name appears above his son’s on a list of dozens of individuals who might pose a conflict for prospective jurors selected from the jury pool, according to the document titled "Questions for Jurors" filed in January 2019.

A federal appeals court on Oct. 7 reinstated a jury's fraud verdict against Archer, Hunter's longtime business partner. In 2018, jurors in Abrams' court found that Archer and two other defendants illegally spent proceeds from bond issues of the Oglala Sioux of Nebraska on personal items. Archer was convicted of conspiracy to commit securities fraud in the bond scheme, which defrauded investors of some $60 million.

A college roommate of Archer's, Hunter was repeatedly implicated in the scheme.

According to court transcripts, Archer was a longtime business partner of Hunter Biden and the pair were connected to "an opaque investment company, called Rosemont Seneca Bohai LLC, which on information and belief, was affiliated with Rosemont Seneca Partners LLP, an investment company run by Archer's friend and former college roommate, Hunter Biden."

The politically influential Biden name was used to legitimize sale of the fraudulent tribal bonds, according to court filings.

Archer and Hunter also collected millions as board members of Burisma, a Ukrainian energy company, while then-Vice President Joe Biden acted as point man for U.S.-Ukrainian policy from 2014-2017.

Joe Biden has insisted repeatedly that he had no involvement in or even knowledge of his son's business dealings and never discussed them with his son.

Not everyone is convinced.

"If Joe knew nothing, why would he be named as a witness?" said Toni Caiazzo Neff, a Wall Street compliance officer who has closely tracked several securities fraud cases connected to the Bidens.

The Biden campaign had no comment. It has not disputed the authenticity of emails and other messages found on Hunter's laptop, but has dismissed the entanglement of Joe Biden in his son's affairs as a "desperate smear campaign."

A whistleblower former partner of Hunter, however, said Biden is not being candid about his involvement.

"I have heard Joe Biden say he has never discussed his dealings with Hunter. That is false. I have firsthand knowledge about this because I directly dealt with the Biden family, including Joe Biden."

The U.S. Navy veteran said he met multiple times with the vice president, including on May 2, 2017, when Hunter Biden arranged for him to brief his father on a prospective Chinese business venture at a Beverly Hills, Calif., hotel bar.

In one message sent on May 20, 2017, another partner, James Gilliar, warned Bobulinski not to mention the Democratic nominee's involvement in the SinoHawk joint venture.

"Don't mention Joe being involved, it's only when u [sic] are face to face, I know u [sic] know that but they are paranoid," a screenshot of the message from Gilliar reads.

In April 2015, Hunter arranged for an official from Burisma to meet his father — then the vice president — in Washington, according to emails recovered from Hunter's old laptop. The Biden campaign has said it cannot find the meeting recorded in Biden's official schedule.

In 2013, Hunter rode aboard Air Force Two with his father to Beijing, and then introduced the vice president to a Chinese businessman who was helping his son launch a $1.5 billion investment fund.

In 2011, White House visitor entry logs show several Chinese businessmen involved with Hunter were escorted in to meet with the vice president.

Despite his repeated denials of any personal involvement in his son's business deals, at least two pieces of evidence have emerged suggesting that Joe Biden had a secret stake in Hunter's deals.

In a text message to his daughter Naomi in 2019, Hunter said, "don't worry unlike Pop I won't make you give me half your salary."

And a May 2017 email proposing the equity split in the SinoHawk venture shows showed the four partners each getting 20% shares in the business, with 10% going to "Jim" and the remaining 10% "held by H for the big guy?"

Bobulinski has confirmed that the "big guy" refers to Joe Biden and that the former vice president was supposed to be a silent partner in the venture.

Bobulinski has turned over evidence including contemporaneous communications related to his meetings with Joe Biden to both Senate and FBI investigators.

This article originally ran on realclearinvestigations.com.

The 12-page complaint cites a RealClearInvestigations report about Hunter Biden's failure to register as a foreign agent and file detailed disclosures of his activities under the Foreign Agents Registration Act.