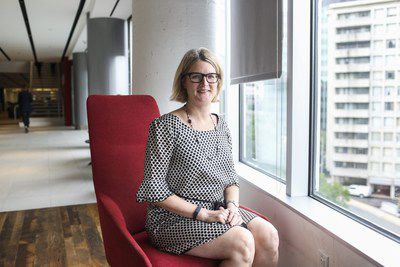 The Institute is the Press Club's nonprofit educational affiliate and is dedicated to advancing a free and independent press and inspiring civic engagement.

"Angela brings a wealth of experience to the position, as well as a keen sense of mission," Freedman, himself a member of the Institute board since last year, said. "She is a respected journalist, a proven leader and a trusted colleague. I look very forward to working with her this year."

Greiling Keane praised the Institute's work under the leadership of Executive Director Julie Moos and said the NPCJI's mission is increasingly crucial in promoting a free press and helping the public understand journalism's essential role in a democracy.

"I can't think of a more important time to be working on the National Press Club Journalism Institute's priorities," she said. "Press freedom – both domestically and internationally – requires constant vigilance and sunlight. And training and supporting the journalists of today and tomorrow is of critical public interest as newsrooms shrink and news organizations seek fresh ways to reach audiences."

At POLITICO, where she has worked since 2016, Greiling Keane oversees policy and politics coverage in state capitals and Ottawa. Before that she was a reporter at Bloomberg News, first covering transportation business and policy and then the presidency as a White House correspondent.

She was president of the National Press Club in 2013, emphasizing open government, press freedom and a greater role for women in newsrooms. She was first appointed to the Journalism Institute's board in 2011. In 2019, she served as the board's secretary.

Greiling Keane has also worked as an associate editor at Traffic World magazine and as a Washington correspondent for the Small Newspaper Group. A native of the Twin Cities, she graduated from the University of Missouri. She lives in Washington with her husband and daughter and, in her telling, way too many pets.

The National Press Club, the world's leading professional organization for journalists, represents more than 3,000 reporters, editors and professional communicators worldwide. The Club's nonprofit affiliate, the National Press Club Journalism Institute, promotes an engaged global citizenry through an independent and free press, and equips journalists with skills and standards to inform the public in ways that inspire civic engagement.