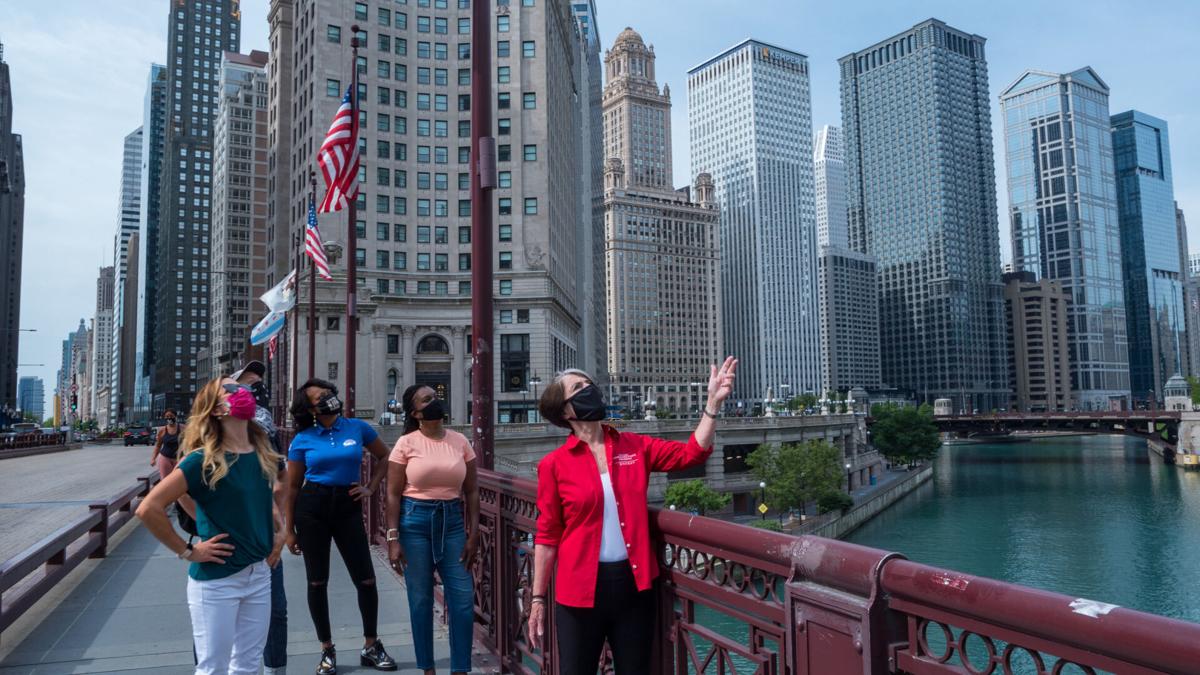 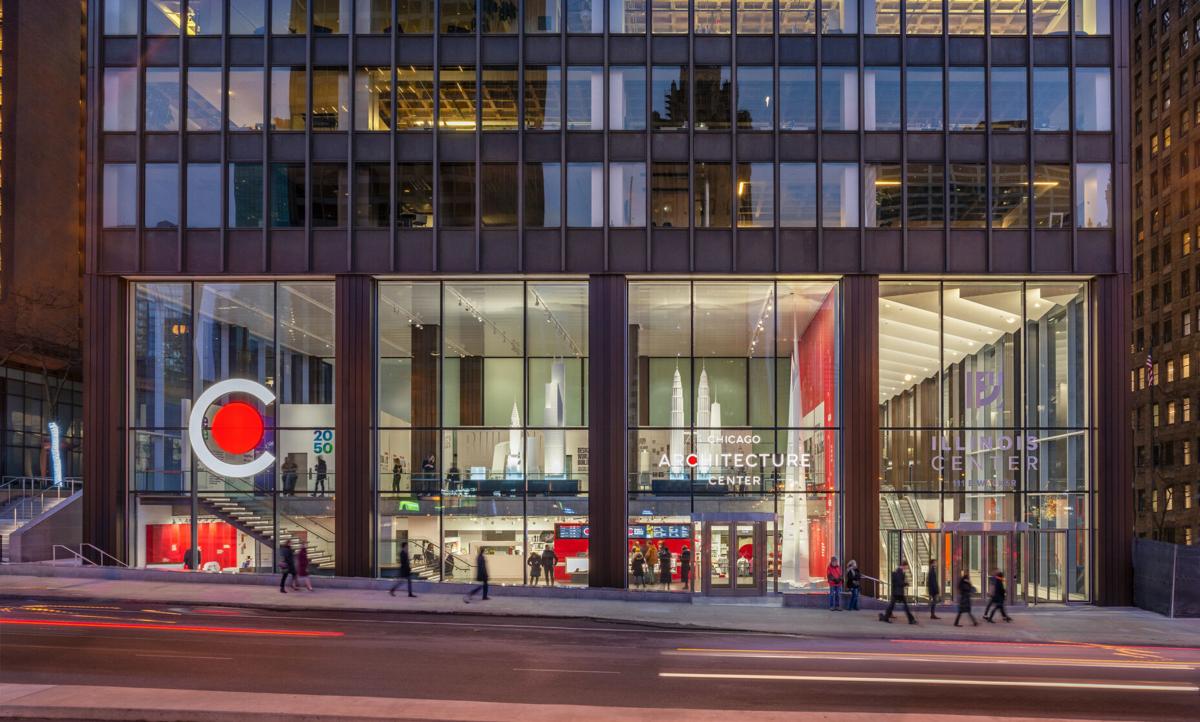 The Chicago Architecture Center at night. Photo by James Steinkamp

The Chicago Architecture Center at night. Photo by James Steinkamp

CHICAGO, April 14, 2021 /PRNewswire/ -- The Chicago Architecture Center (CAC) rolls out its downtown and neighborhood CAC Walking Tours on April 17 for Chicagoans eager to rediscover their city's classic architecture and diverse neighborhoods in a safe, open-air activity. The popular, always changing walking tours and CAFC River Cruise are led by a corps of 400 expert CAC docents, who in June 2021 celebrate the 50th anniversary of the 1971 first CAC docent class.

Chicago Icons: Connecting Past and Present see how architectural styles from the 1890s connect to today's skyline

Evanston Along the Lake one of Chicago's most desirable suburbs, with many homes and churches with notable designs, where Daniel Burnham established his "country retreat"

A Juneteenth Celebration walking tour, Civil War to Civil Rights at Oak Woods Cemetery, marks the celebration of the emancipation of enslaved people in Texas on June 19, 1865. The Oak Woods Cemetery  walking tour commemorates Chicago's role in the Civil War and honors Civil Rights leaders laid to rest at Oak Woods including Ida B. Wells and Mayor Harold Washington among other African American legends like Olympian Jesse Owens.

CAC Docent 50th Anniversary Summer Celebration Tours, limited run tours initially available to members only, mark the June 2021 50th Anniversary of the first graduating docent class of 1971. CAC docents have created new and revived favorite walking tours from the past five decades to celebrate the city they love. New walking tours include Historic Austin that begins with historic homes around West Midway Park from its early days as an upper middle class suburban community, its annexation by Chicago and then first home for newly arriving American immigrants and African Americans moving north as part of The Great Migration. Chicago Gothic is another new walking tour focusing on neo-gothic inspired buildings near North Michigan Avenue. Favorite tours from the past being offered this summer include Kenilworth, Millennium Park: Beyond the Bean; Humboldt Park, and Churches of Evanston.

All walking tours—including custom and private bookings—are limited to small groups only, with face coverings and advance reservations required.

On April 17, the #1 boat tour in Chicago based on TripAdvisor user reviews, CAFC River Cruise aboard Chicago's First Lady (CFL) launches its 2021 cruise season along Chicago River's canyon of architecture. Led by CAC docents, guests will hear stories of the men and women who have designed more than 50 architecturally significant buildings along the Chicago River as well as the Chicago Riverwalk and the 13 bascule bridges on the cruise route.

The 90-minute CAFC River Cruise is the most in-depth, authentic architecture river cruise available and is lauded as a "must-do" activity when visiting Chicago. Exciting new buildings with cutting edge design elements continue to rise along the river including the recently completed St. Regis (Vista) Tower, the city's third tallest structure, and the refurbished riverfront Old Post Office. Tour guests will leave the cruise inspired by the city's wide variety of architectural styles—– which glide by as you travel up and down all three branches of the Chicago River—including art deco, neoclassicism, mid-century modernism, and postmodernism.

Chicago's First Lady's luxury fleet is the finest on the Chicago River and now includes the new, brass and mahogany trimmed Chicago's Emerald Lady. Full-service bars on board each vessel. Cruises will initially limit capacities following the guidelines from public health officials. Cruises will require face coverings. Advance reservations are NOT required.

NEW CAC EXHIBITS IN MAY

On May 22, the CAC will reopen its galleries with new and fully refreshed exhibits:

THE CHICAGO GALLERY returns with new exhibits throughout.

On April 17, the CAC Box Office and CAC Design Store reopen for guests wishing to book in-person walking tours and the CAFC River Cruise and shop one of Chicago's favorite design venues. Both spaces will limit capacities and require face coverings.

About the Chicago Architecture Center

The Chicago Architecture Center (CAC) is a nonprofit organization founded in 1966, dedicated to inspiring people to discover why design matters. A national leader in architecture and design education, the CAC offers tours, programs, exhibitions and more that are part of a dynamic journey of lifelong learning.

Proceeds from programs, tours and the CAC Design Store, as well as from grants, sponsorships and donations, support its educational mission. Visit architecture.org to learn more and follow @chiarchitecture and #chiarchitecture on social media.