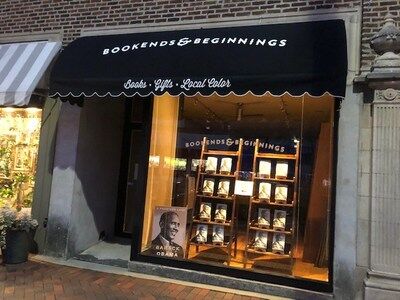 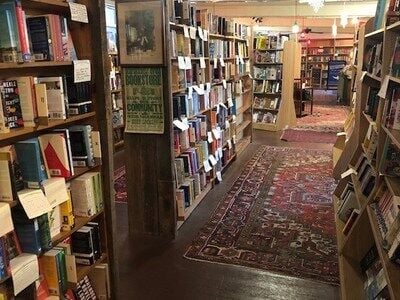 The rustic interior of the original Bookends & Beginnings store, located in an old garage in an alley in downtown Evanston.

The rustic interior of the original Bookends & Beginnings store, located in an old garage in an alley in downtown Evanston.

EVANSTON, Ill., Jan. 22, 2021 /PRNewswire/ -- When Nina Barrett opens a new branch of her independent bookstore Bookends & Beginnings on the main commercial street of downtown Evanston, IL on Saturday, January 23, she'll be defying the trend of small-business collapse in the time of COVID. And she'll also be reversing the narrative arc of a popular 1990s rom-com—You've Got Mail—in which an aggressive new chain bookstore drove a beloved indie store out of business.

The new branch expands her 6-year-old bookstore with an additional 900 square feet of retail space. The new storefront also gains her prominent visibility on one of Evanston's prime downtown shopping streets—just half a block away from where a large Barnes & Noble, her former chain-store competitor, vacated its space a few months ago.

Both Barrett's original store and the nearby Barnes & Noble were forced to shut down for several months in the spring of 2020 during the first COVID lockdown. "I wasn't sure if we were going to pull through," said Barrett, whose op-ed about the threat to small local businesses was published in the Chicago Tribune.

Thanks to a PPP loan, a successful GoFundMe campaign, and robust online ordering by her customers on the store's website, the store did pull through, and was able to re-open for walk-in business in July. Then the store experienced the best holiday season in its history.

By contrast, the Barnes & Noble store permanently closed its nearby location.

"Our community stepped up to save us," Barrett said. "We did a lot of messaging to say that if you value the presence of a business in your community, you need to vote for its survival with your spending dollars. And it worked."

"There's a cynical belief out there that indie bookstores are doomed because they don't—and can't—offer the same kinds of discounts as their monster-sized competitors," Barrett said. "But luckily there are increasing numbers of consumers who realize that the value they get by paying full cover price for a book includes a lot of things they can't get from an impersonal chain store or from Amazon."

In its six years of operation, Bookends & Beginnings has become a neighborhood hub. The store's broad and eclectic selection, along with its author events (now conducted virtually), and dedicated staff, have earned it comparisons to industry legends such as City Lights and Powell's.

The obvious reverse parallel to You've Got Mail is not lost on Barrett, whose original store is literally around the corner from the former B&N.

"We're still doing what the fictional owner of The Shop Around the Corner was doing so beautifully in that movie 22 years ago," Barrett said. "Reading stories to kids. Launching local authors' books. Handing our customers books we know they'll love, because we know both the books and the customers."

Clouds thicken with snow developing around midnight, mixing with and changing to rain by morning for most, expect the Poconos. A coating to 1" possible, 2" in the Poconos.

Clouds thicken with snow developing around midnight, mixing with and changing to rain by morning for most, expect the Poconos. A coating to 1" possible, 2" in the Poconos.

Cloudy with some rain and drizzle through midday; a little mix may linger early in the morning in the higher elevations.