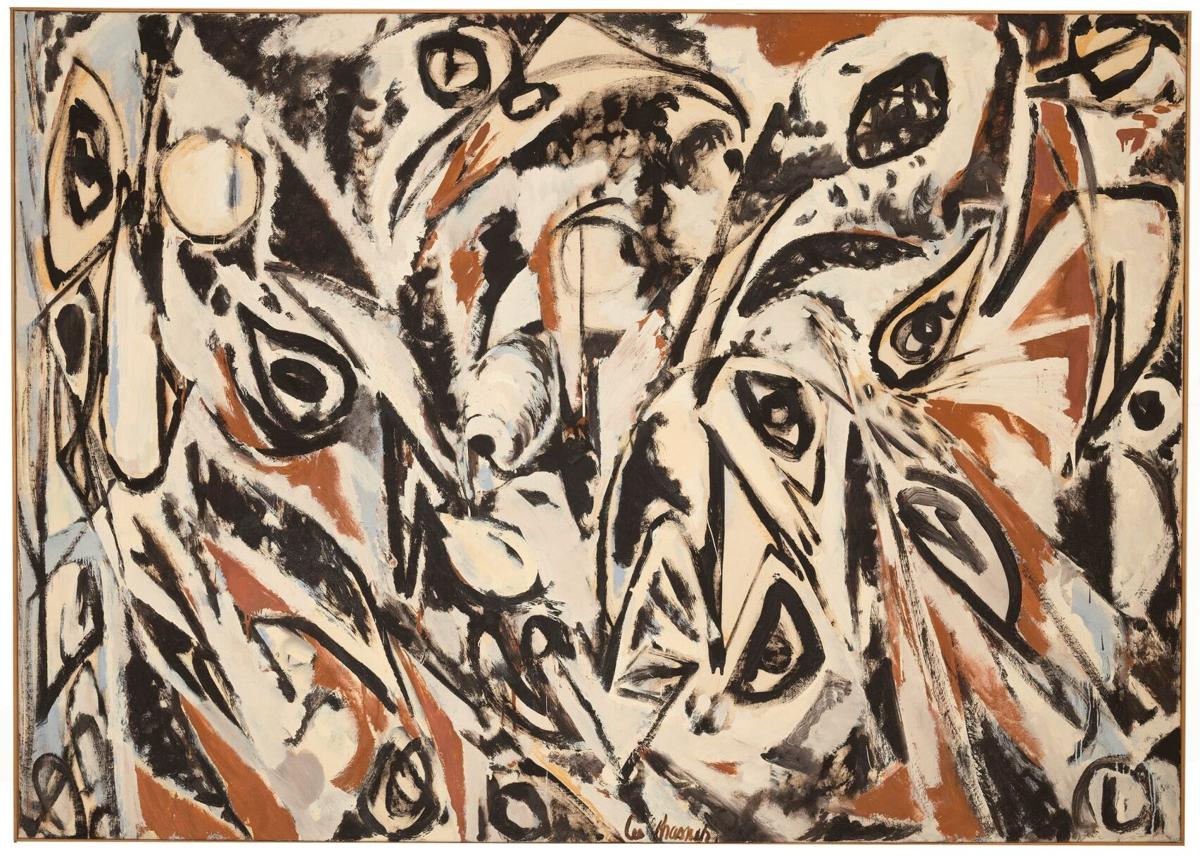 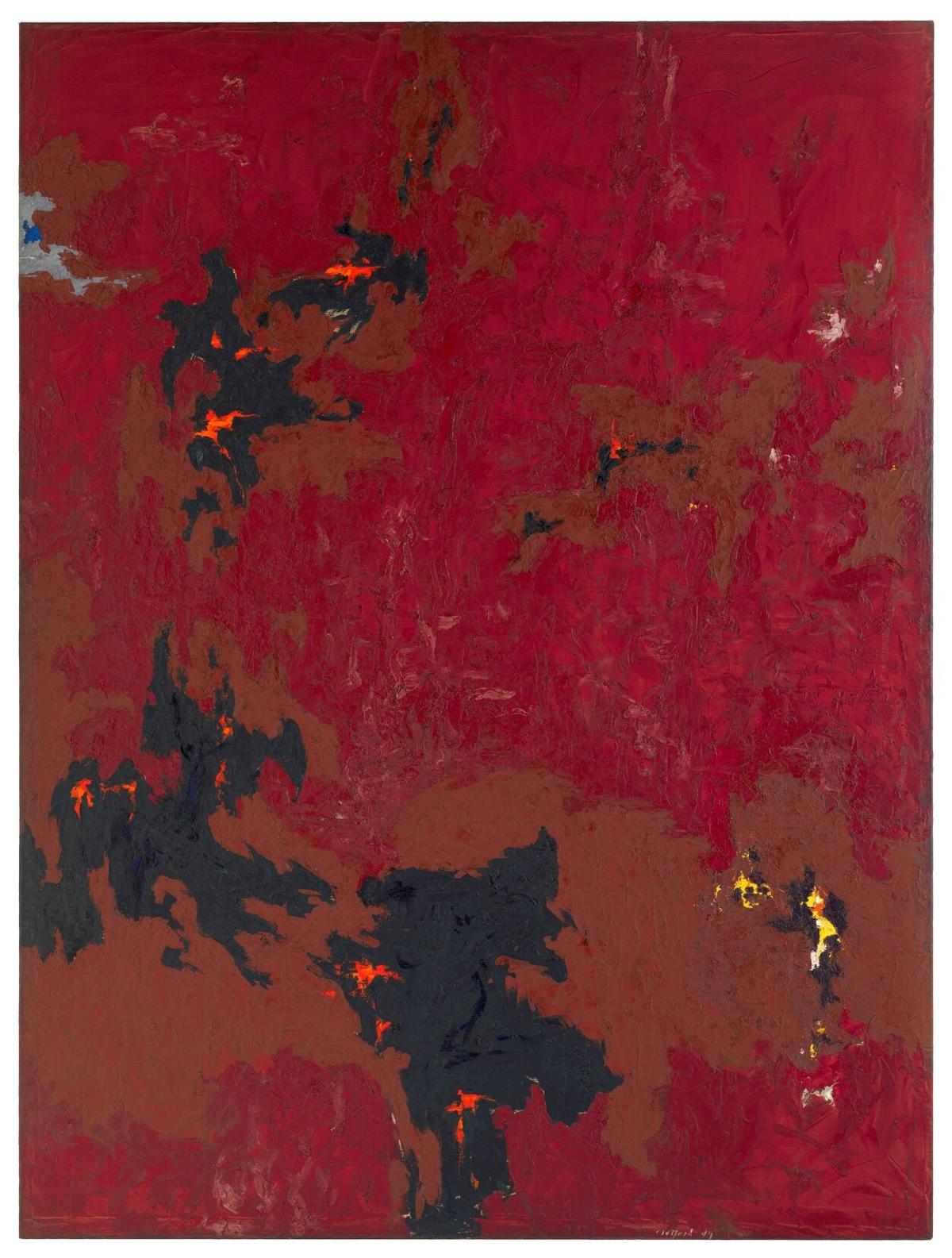 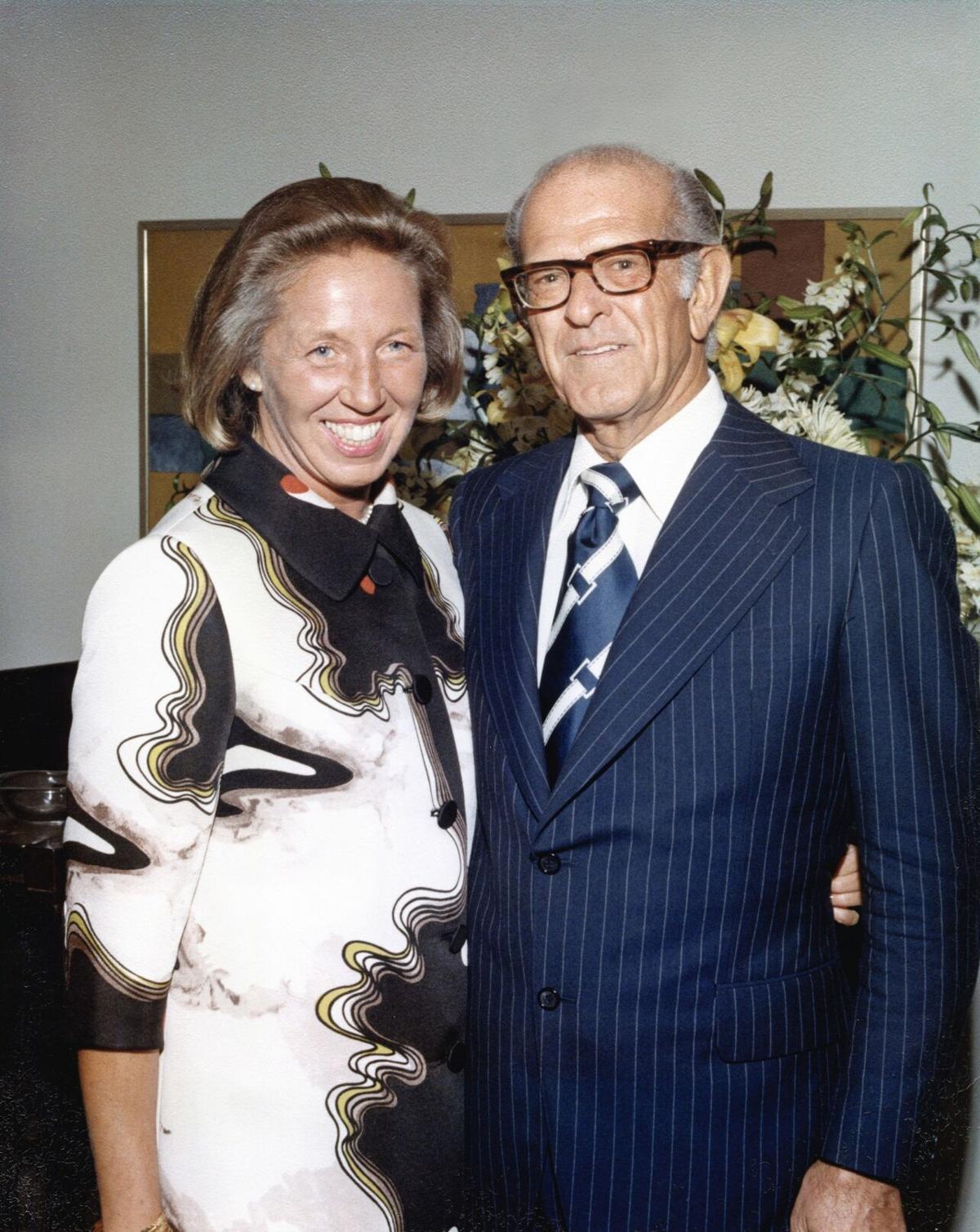 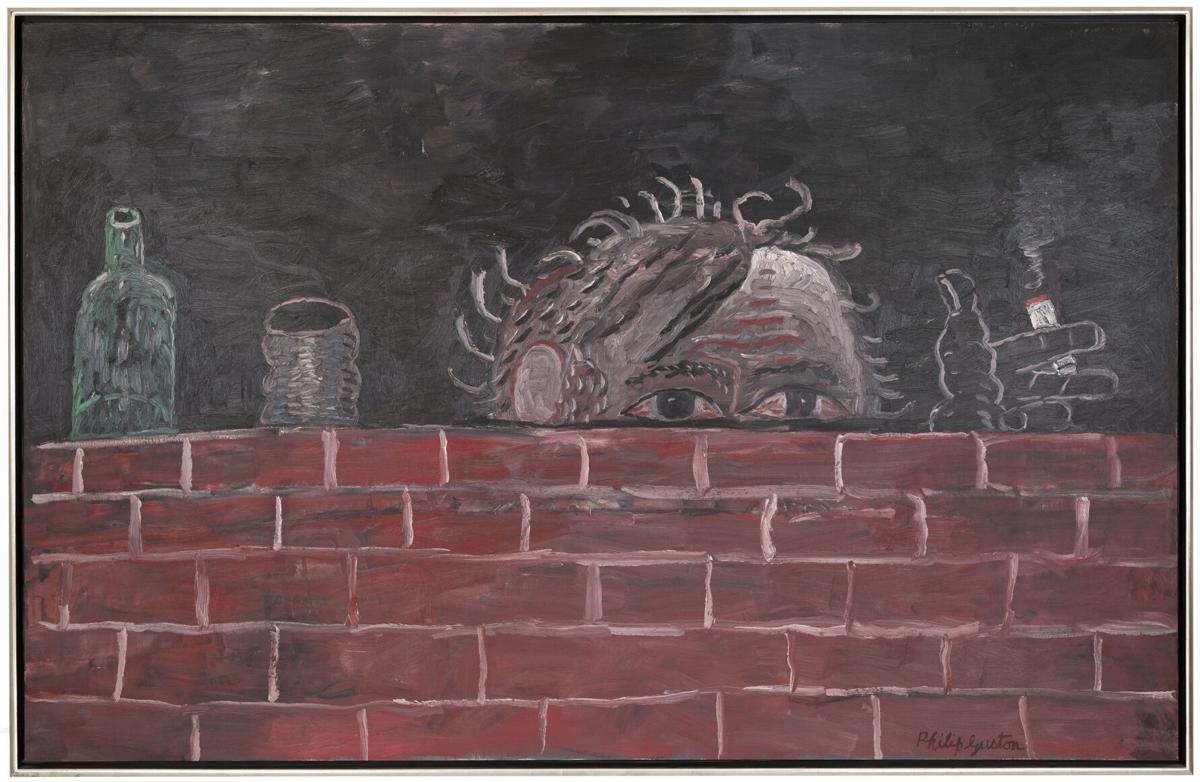 SEATTLE, Feb. 25, 2021 /PRNewswire/ -- An exceptional collection of 20th century art assembled over a decade by late collectors Jane Lang Davis and Richard E. Lang will find permanent homes and be accessible to the public at the Seattle Art Museum and the Yale University Art Gallery.

The Friday Foundation, established to realize the Langs' passion and philanthropy, today announced gifts of 19 masterworks and $10.5 million in dedicated funds to the Seattle Art Museum. In addition, the Friday Foundation announced a gift of six specifically chosen artworks to the Yale University Art Gallery.

Longtime philanthropists and arts supporters, the Langs wanted to ensure a strong, diverse, and vibrant arts community. To help achieve this, they imagined a gift that would first and foremost share with the public their own rich experience of engaging thoughtfully, deeply, and personally with compelling objects and, through them, their creators. They hoped to inspire others to join the arts community by engaging with local organizations, and perhaps collecting themselves, and, ultimately, giving back as they did, thus enriching the lives of future generations. These gifts by the Friday Foundation follow the announcement in October 2020 of monetary gifts totaling $9 million to nine Seattle arts organizations.

The Langs thoroughly enjoyed sharing their collection and frequently opened their home to artists, scholars, students, museum groups and other collectors from around the world to experience the art. During their lifetimes, the Langs enjoyed hosting these visitors and always planned for works from their art collection to be accessible to the public. Living with the artworks in their Seattle-area home, they collected with a discerning eye, assembling one of the most important collections in the United States, including exceptional examples of Abstract Expressionism and post-war European modernism. Their art collection, which was displayed entirely in their home, was distinguished by its quality, rather than size.

The Friday Foundation's signature gift is to the Seattle Art Museum (SAM), the institution closest to the Langs' hearts. SAM has received 19 artworks that formed the core of the Lang Collection. Iconic artworks by Francis Bacon, Lee Krasner, Clyfford Still, Philip Guston, Joan Mitchell and David Smith, are exceptional examples of their best work.

Lyn Grinstein, President of Friday Foundation and daughter of Jane Lang Davis, said, "The gift of artworks to the Seattle Art Museum represents the richest core of my mother's and stepfather's fearlessly disciplined and tightly focused art collecting decade, as well as their commitment to the museum.

"Taken together, these 19 artworks tell that story to the highest level possible, while each one individually is a definitive example of each artist's work," Grinstein said. "The accompanying gift of funds provides support for the museum's ambitious agenda, particularly the presentation and care of not only these artworks, but also those already at SAM and future gifts from other donors. With these gifts, we fulfill my mother's and Richard's conviction that a strong cultural sector is a critical pillar of a thriving community and honor their dedication to Seattle, its citizens, and its future."

Don Hussong, Jane Lang Davis' son, said, "Our family enjoyed the company of these artworks for many years. Many special family events took place by the David Smith sculpture that was such a source of joy for my mother. We will keep the stories of having lived around the collection, and now others will make their own visiting them."

Amada Cruz, SAM's Illsley Ball Nordstrom Director and CEO, said, "This extraordinary gift from the Friday Foundation is transformational for the Seattle Art Museum. The 16 paintings, one drawing and two sculptures form a breathtaking ensemble that will allow visitors to study one of the greatest collections in our region with excellent representations of work by some of the most important figures in Abstract Expressionism and post-war art. Each work is a stellar example of the artist's oeuvre and attests to the discerning eyes and discipline of the Langs, who only collected the best."

Many of the artworks donated to SAM represent a first for its collection: The first major paintings by Lee Krasner and Joan Mitchell, the first Ad Reinhardt and Clyfford Still, the first paintings with iconic compositions by Adolph Gottlieb and Robert Motherwell, and, especially important considering the museum's post-war European holdings, the first paintings by Francis Bacon and a major sculpture by Alberto Giacometti.

"The Lang Collection will make the museum's collection of post-war art soar," Cruz said. "Richard E. Lang and Jane Lang Davis were longtime trustees and supporters of SAM, and this gift attests to the continued commitment of the family to the institution and, indeed, the City of Seattle. We are honored to be the custodians of this important collection, which will become the keystone for future exhibitions and installations."

In addition to artwork, Friday Foundation has donated a total of $14.5 million to SAM. Today alone, Friday Foundation announced gifts totaling $10.5 million to SAM, including funds to support SAM's post-war and contemporary art conservation programs, purchase technical equipment for art conservation, and to fund costs related to presenting the Lang Collection and other artworks. The Friday Foundation previously announced – among other gifts – its contribution of $2 million to the Seattle Art Museum's Closure Relief Fund, and $2 million to endow the Richard E. Lang and Jane Lang Davis Acquisition Fund for Global Contemporary Art. Included in today's gift announcement is an additional $200,000 to inaugurate this acquisition fund so the museum can begin acquiring artworks without waiting for endowment distributions.

The Friday Foundation selected six artworks to complement and expand the already strong representation of artists Mark Rothko and Franz Kline in the Yale University Art Gallery collection. The Gallery's extraordinary modern and contemporary collection features rich holdings in abstract paintings by Pablo Picasso and Wassily Kandinsky as well as masterworks by Constantin Brancusi, Helen Frankenthaler, Jackson Pollock, Mark Rothko, and the Abstract Expressionists. Like the Friday Foundation donation, many of these works came to Yale in the form of gifts and bequests from important American collections. This gift honors the Langs' interest in following the paths of Rothko and Kline and adding depth to the study of these artists' working methods and a greater understanding of the evolution of their careers within an academic museum setting.

Stephanie Wiles, Henry J. Heinz II Director, Yale University Art Gallery, said, "We are grateful to the Friday Foundation for this extraordinary gift of art that will expand the ways the Yale University Art Gallery can present, research, and teach with great works of modern art. Jane Lang Davis and Richard E. Lang's superb collection was a very personal one, and we are honored that the Friday Foundation chose Yale to honor their legacy with this transformative gift of six paintings and drawings by Mark Rothko and Franz Kline."

The Lang Collection: 'The Embodiment of Excellence'

Mimi Gardner Gates, art historian, director of SAM from 1994-2009 and former director of the Yale University Art Gallery, commented on the significance of these donations to the two museums: "The Friday Foundation deserves praise for its thoughtful consideration of where best to give these marvelous works of art collected by Richard E. Lang and Jane Lang Davis, two Seattleites passionate about culture, artistic excellence and community. Their art and support of the Seattle Art Museum and the Yale University Art Gallery are a lasting legacy that benefits all of us.

"The Friday Foundation's gifts in honor of Richard E. Lang and Jane Lang Davis will truly transform Seattle's cultural landscape, a thrilling addition of 19 artworks of extraordinary quality to the Seattle Art Museum.

"Exemplifying Jane and Dick Lang's passion for artistic excellence, this major gift, the heart of their collection, significantly strengthens SAM's holdings of Abstract Expressionism and modern masters. Seen as a group, they brilliantly capture the 1940s, 50s and 60s, each work a choice pick, from Clyfford Still's deep dark red Number 2 to Lee Krasner's Night Watch or Franz Kline's Painting # 11, from Joan Mitchell's The Sink to Francis Bacon's Study for a Portrait.

"In their home, visitors' eyes darted from wall to wall, feasting on one masterwork after another, all the while Jane Lang Davis, elegant, big-hearted, and outspoken, filled the room with laughter. The gifting of the heart of this superlative Seattle art collection, the embodiment of excellence, to Seattle's museum is cause for celebration. Richard E. Lang joined Seattle Art Museum's board in 1972 and served until his death 10 years later. Jane Lang Davis was a trustee for 32 years, a Seattleite who loved the museum and the community. Having these works on view at SAM, accessible to all, inspires and educates, enhances Seattle's cultural fabric, and is an enduring source of pride for our city and region."

ABOUT THE FRIDAY FOUNDATION

The Friday Foundation is dedicated to supporting arts organizations following the passion and philanthropy of Jane Lang Davis and Richard E. Lang during their lifetimes. Visit www.fridayfoundationarts.org for more information.

ABOUT THE SEATTLE ART MUSEUM

As the leading visual art institution in the Pacific Northwest, SAM draws on its global collections, powerful exhibitions, and dynamic programs to provide unique educational resources benefiting the Seattle region, the Pacific Northwest, and beyond. SAM was founded in 1933 with a focus on Asian art. By the late 1980s the museum had outgrown its original home, and in 1991 a new 155,000-square-foot downtown building, designed by Venturi, Scott Brown & Associates, opened to the public. The 1933 building was renovated and rededicated as the Asian Art Museum in 1994, and it reopened on February 8, 2020 after a three-year closure for an extensive renovation and expansion. SAM's desire to further serve its community was realized in 2007 with the opening of two stunning new facilities: the nine-acre Olympic Sculpture Park (designed by Weiss/Manfredi Architects)—a "museum without walls," free and open to all—and the Allied Works Architecture designed 118,000-square-foot expansion of its main, downtown location, including 232,000 square feet of additional space built for future expansion. The Olympic Sculpture Park and SAM's downtown expansion celebrated their tenth anniversary in 2017.

From a strong foundation of Asian art to noteworthy collections of African and Oceanic art, Northwest Coast Native American art, European and American art, and modern and contemporary art, the strength of SAM's collection of approximately 25,000 objects lies in its diversity of media, cultures, and time periods.

ABOUT THE YALE UNIVERSITY ART GALLERY

Founded in 1832, the Yale University Art Gallery is the oldest university art museum in America. Today, it is a center for teaching, learning, and scholarship and is a preeminent cultural asset for Yale University, the wider academic community, and the public. The museum is open to all, free of charge. The Gallery's collection numbers more than 300,000 objects, representing Eastern and Western cultures and ranging in date from ancient times to the present day. With its renowned collection, its internships, fellowships, and other opportunities for students, and its access to the resources of one of the world's great universities, the Gallery has long been recognized as a preeminent training ground for museum professionals.

Note: High-resolution images of select pieces of artwork from the Lang Collection, in addition to an image of the Langs, are available upon request.