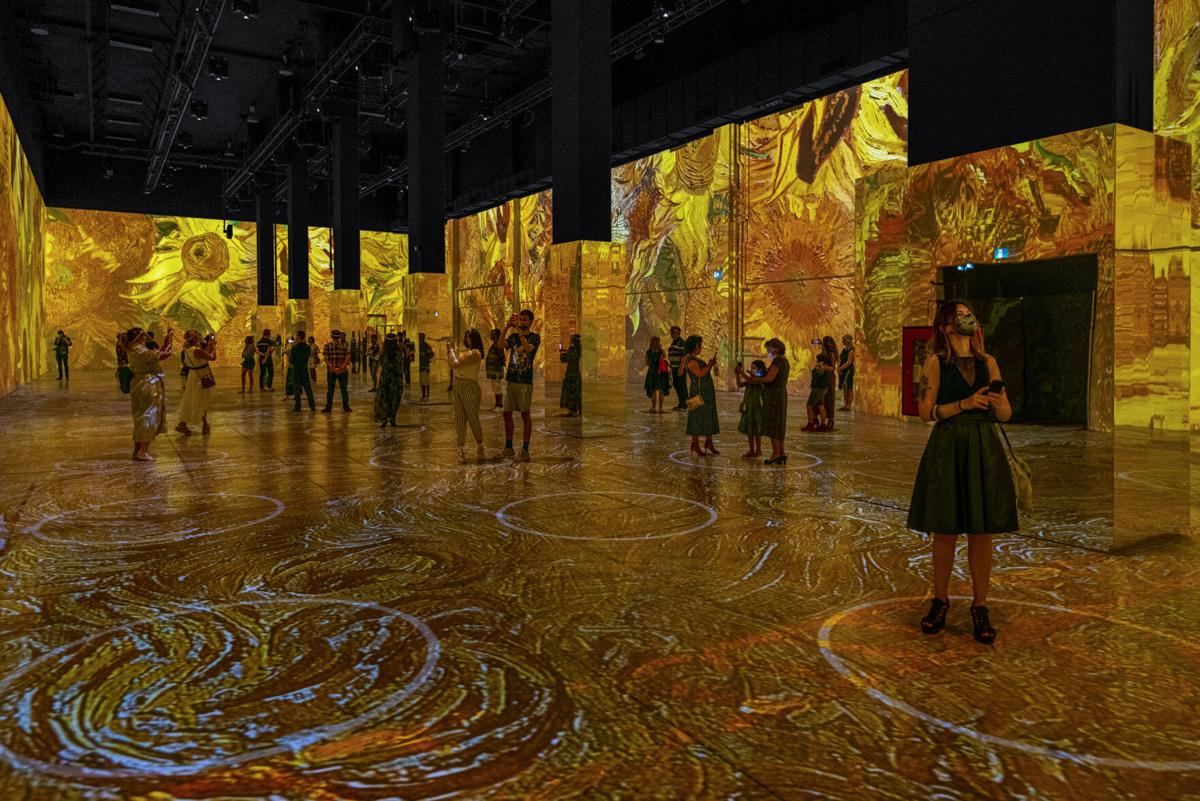 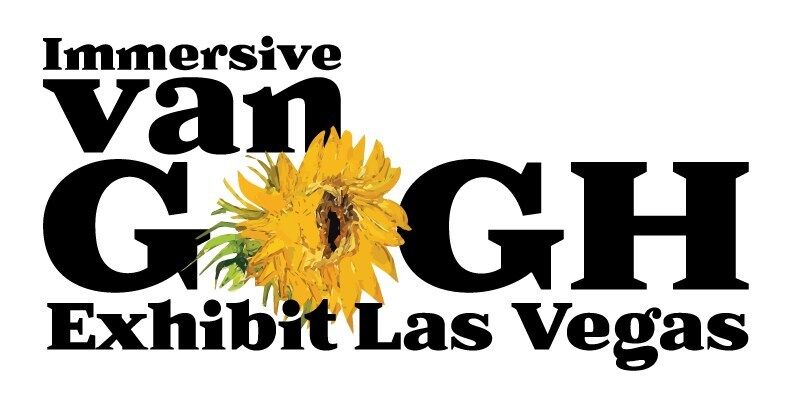 LAS VEGAS, June 18, 2021 /PRNewswire/ -- Immersive Van Gogh, the highly-anticipated art installation, announced today that it will open on the famed Las Vegas Strip at the all-new Lighthouse Las Vegas located on Level 3 at The Shops at Crystals (3720 S. Las Vegas Blvd.) adjacent to ARIA Resort & Casino.  Scheduled to open on July 26, a new block of tickets will go on sale to the public Saturday, June 19 at 10 am PST.  Due to popular demand, the exhibit has been extended through Thanksgiving.

Produced by Lighthouse Immersive and Foster Entertainment, the catalysts of the mesmerizing digital art space, brings its worldwide sensation, Immersive Van Gogh, to the heart of the Las Vegas Strip for the first time ever! The visually-striking exhibition encourages guests to experience the awe-inspiring works of post-Impressionist artist Vincent van Gogh through 500,000 cubic feet of immersive projections, 60,600 frames of video and 90,000,000 pixels. Immersive Van Gogh invites audiences to "step inside" the iconic works of post-Impressionist artist Vincent van Gogh, evoking his highly emotional and chaotic inner consciousness through art, light, music, movement and imagination.

The Immersive Van Gogh team includes Creator Massimiliano Siccardi; Composer Luca Longobardi and Art Director Vittorio Guidotti, all of whom have created immersive art exhibits in Europe. In addition, David Korins, the award-winning designer of numerous Broadway hits including Hamilton and Dear Evan Hansen has joined forces with the Italian creative team and will sculpt the Immersive Van Gogh public spaces. Korins is also bringing creative technology to make a series of illuminating, interactive and one-of-a-kind elements that offer ways to learn more about Vincent van Gogh, his life, his body of work and to take a deeper more meaningful look at how his work resonates with modern-day audiences.

This winning team will make Immersive Van Gogh Las Vegas one of the most impressive stagings to date, having already opened to tremendous acclaim in Toronto, Chicago, San Francisco, and New York, with additional openings scheduled for 16 cities across North America, including Los Angeles, Dallas, Denver, and more. Since its North American premiere in July 2020, more than 2.5 million tickets have been sold to Immersive Van Gogh, making it the most popular attraction currently in North America.

"Immersive Van Gogh has been hailed as an entirely new way of encountering art and has been enthusiastically embraced by press and patrons in every city in which it currently is being presented," said Producer Corey Ross. "Our Las Vegas exhibition will be one of our most ambitious as we are utilizing a space that has never been used before for this type of installation."

Immersive Van Gogh has received rave reviews from critics and patrons. The New York Times called it "Lavish!" while Architectural Digest insists it's "A must see!"  NBC's TODAY SHOW exclaimed it's "Breathtaking!" The Chicago Tribune exclaimed "entire rooms pulse with imagery and emotional resonance," while Time Out Chicago called it "a visual spectacle." The Chicago Daily Herald added it's "Dizzying! Delightful!" The Toronto Sun declared, "the mind-blowing imagery, brings Van Gogh's best work to life – including Sunflowers, Irises, and The Starry Night – for a cathartic and liberating experience." "Immersive Van Gogh ups the emotional ante," stated the Toronto Star, "I wondered: could projections of paintings on walls and floors be thrilling? The answer is 'yes'."  Called a "blockbuster digital experience that has taken the art world by storm" by Artnet News, the exhibit "cleverly embraces creativity," according to Washington Post.  The San Francisco Chronicle summed it up saying "It's one hell of a way to wake up from our long pandemic art nap."

Immersive Van Gogh was designed by Creator and Italian film producer Massimiliano Siccardi, with original, mood-setting music, both original and curated, by Italian multimedia Composer Luca Longobardi, who provided a score that combines experimental electronic music with pure, ethereal and simple-seeming piano. Vittorio Guidotti is the Art Director. Siccardi and Longobardi are both pioneers of immersive digital art installations in Europe, where they created the world-renowned Van Gogh, Starry Night exhibition, among others. With approximately 100 state-of-the-art projectors illuminating over the exhibit space, visitors to Immersive Van Gogh will be encircled from head-to-toe in Van Gogh's brushstrokes and colors, including animated details from works such as Self Portrait with Felt Hat (1888), The Bedroom in Arles (1889), Irises (1889) and The Starry Night (1889).

Tickets for the exhibition, located at the all-new Lighthouse Las Vegas on Level 3 at The Shops at Crystals (adjacent to ARIA Resort & Casino) are on-sale now at VanGoghVegas.com. Tickets range in price from $59.99 to $99.99 (+ taxes and fees). The new block of tickets will go on sale to the public Saturday, June 19 at 10 am PST.

Legendary Dutch painter Vincent van Gogh (1853 – 1890) is recognized as one of the world's greatest and best loved artists. He was born in the Netherlands to his father, Theodorus van Gogh, and his mother, Anna Cornelia Carbentus, a moody artist whose love of nature, drawing and watercolors was passed on to her son. He worked at his uncle Cornelis' art dealership when he had already been fluent in French, German and English, as well as his native Dutch. He fell in love with English culture when he was transferred to the Groupil Gallery in London in 1873.   During his short life he painted more than 2,000 artworks ranging from ordinary household items and self-portraits to surreal landscapes that inspire awe. Van Gogh was a post-Impressionist painter whose work — notable for its beauty, emotion and color — highly influenced expressionism in 20th-century art. He struggled with mental illness and remained poor and virtually un-known throughout his life.  He was tragically admitted to a psychiatric hospital after offering his severed ear to a woman at a local brothel. For hope, he turned to painting and nature, until one day when he went out to paint in the morning with a loaded pistol in his hand and reportedly shot himself in the chest. In his 37 years alive, Van Gogh only sold one painting, The Red Vineyards, to his brother Theo.

About the Creative Team

Massimiliano Siccardi studied at the London School of Contemporary Dance of London. But in 1990, he left the world of dance to begin a new journey in the world of video art. Siccardi quickly became the artistic force behind several visual mise-en-scène for choreographers around the world. He also created video scenographies for numerous prestigious festivals and galas around the world. He also re-constructed the video mapping of the Basilica di Giotto for the Teatro Petruzzelli of Bari, where one of his permanent installation's virtually reconstructs the frescoes of the Cupola. Siccardi is also a celebrated photographer and has had photo exhibitions in Spoleto and Rome, to name a few. He is professor of digital image elaboration at the Accademia di Comunicazione e Immagine of Rome. In 2012, Siccardi received the prestigious International Award "Romaindanza" for his talent in the visual work of dance theatre. Since 2012, he has been artist in residence at the Carrières de Lumières - Atelier des Lumières where he authored the mise-en-scène of numerous immersive shows. He is currently creating projects within Italy as well as New York, Berlin, Leipzig and Rome.

Italian composer and pianist Luca Longobardi is a classically trained musician who incorporates the contemporary electronic music into his pieces. Born in 1976, Longobardi studied classical music in Italy and New York and went on to earn his doctorate in digital audio restoration in Rome in 2011. His works reveal a strong interaction between classical and contemporary music. The experience he has gained as a theatre musician has increased his interest in the relationship between sounds and spectacle; he has composed music for ballets and films and accompanied installations and experimental art productions (Atelier de Lumières - Paris, Carrière does Lumières - Baux-de-Provence, Kunstkraftwerk - Leipzig). At his multimedia performances and in his recordings, strong experimental electronic music meets pure, ethereal and simple-seeming piano playing that nevertheless relays deep emotions.

David Korins is the award-winning Creative Director, Designer and Founder of his eponymous New York City based creative studio. In his two decades of creating omnidirectional experiences, he has, along with his expert team, reached hundreds of millions of people all over the world while helping the most influential brands, companies and individuals bring their stories to life. From stage to screen, museums to hospitality, experiential design to singular live events, Korins has traversed the landscape of world building and storytelling through almost every medium available. Korins created the worlds for the Tony Award-winning musicals Hamilton, Dear Evan Hansen and Beetlejuice: The Musical. He has also designed the set for the musical Mrs. Doubtfire as well as over 20 additional Broadway shows. Among numerous TV credits, Korins is the Production Designer for the 91st Annual Academy Awards and Grease: Live!, for which he received an Emmy Award.

Collaborators include Bruno Mars, Elton John, Lady Gaga, Kanye West, Mariah Carey, Andrea Bocelli, Sia, and Takashi Murakami, and presented at venues such as Madison Square Garden, Coachella, Gagosian, Lollapalooza, SXSW, and Sotheby's. Brand partnerships include the NFL, Twitter, Google, Spotify, YouTube, and Microsoft. As the Creative Director for the USC Shoah Foundation, he has led the organization's rebranding efforts, the creation of several new experiences, and state of the art testimonials. In 2019, through an ongoing collaboration with Sotheby's, Korins unveiled a unique exhibit at their New York City headquarters in celebration of the company's 275th Anniversary. In addition, he designed the Time Square restaurant Bond 45. His work has earned him an Emmy Award, three Tony nominations, Drama Desk, Lortel Awards, three Henry Hewes Design Awards, and an Obie Award for Sustained Excellence in Design.

About the Producing Team

Corey Ross is the founder of Starvox Entertainment which has ranked in Profit Magazine's Fastest growing Canadian companies for 5 years in a row. The company produces and man-ages cross-over performing arts shows and exhibition including the Art of Banksy in London, Canada, the USA, Taiwan, and Japan. He is also a co-founder at Lighthouse Immersive - a company producing the Immersive Van Gogh in 19 North American cities and Illusionarium in Toronto, and WOW – The Vegas Spectacular, Extravaganza and Potted Potter – The Harry Potter Parody in Las Vegas.

Svetlana Dvoretsky is the founder of Toronto's Show One Productions and a proud recipient of the Order of York by the Government of Canada for her "significant role in arts and culture." Show One Productions is leading presenter of high-profile international artists in classical music, theater and dance. She is a co-founder of Lighthouse Immersive and co-producer of Immersive Van Gogh.

David J. Foster - Foster Entertainment produces touring events in the US and Australia.  Las Vegas credits for Spiegelworld include Absinthe and Atomic Saloon Show. New York productions include Pee-wee Herman on Broadway, and, at Carnegie Hall, Neil Gaiman in The Truth Is A Cave In The Black Mountains and Harvey Keitel in Jerry Springer The Opera.

Simon is a real estate investment trust engaged in the ownership of premier shopping, dining, entertainment and mixed- use destinations and an S&P 100 company (Simon Property Group, NYSE: SPG). Our properties across North America, Europe and Asia provide community gathering places for millions of people every day and generate billions in annual sales.