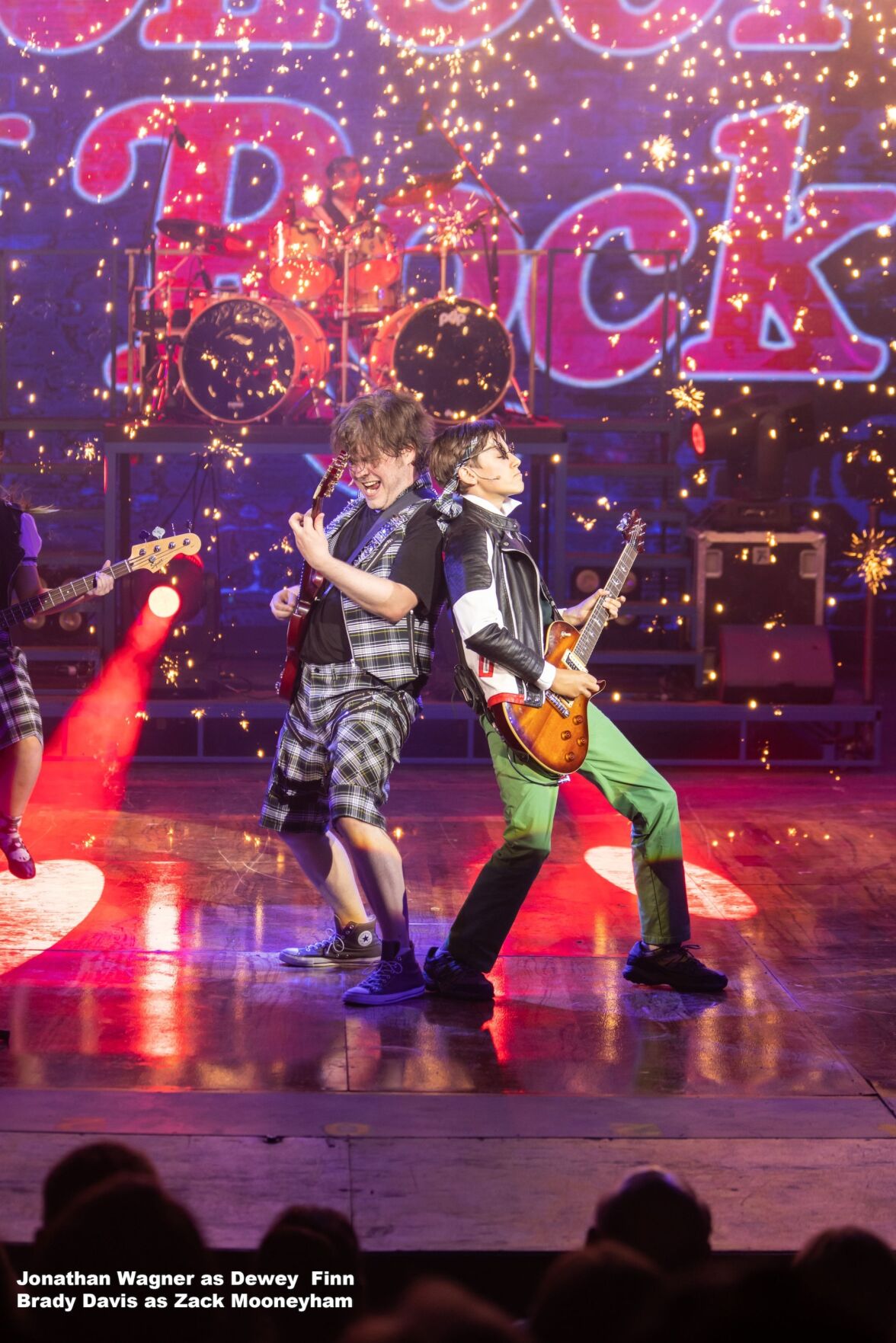 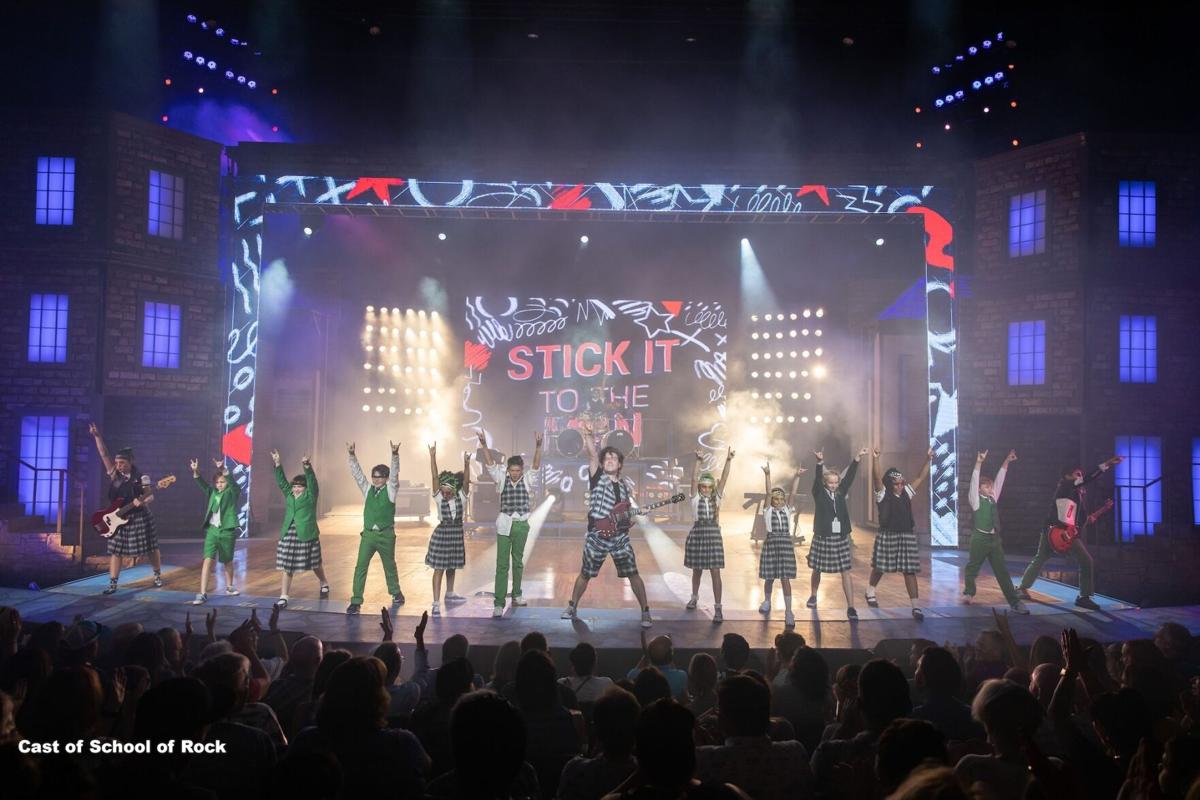 IVINS, Utah, Aug. 4, 2021 /PRNewswire/ -- With 17 teenagers, rock and roll instruments and the kind of passion that seems to define the young, the question for the cast of School of Rock the Musical at Tuacahn isn't, "How do you keep the energy up?" it's, "How to do you ever calm down?"

"I drink a lot of coffee and caffeine," says Sloane Griffith, a 15-year-old from St. George, who plays bass in the musical.

Laughing, Adrienne Morrow, who plays Freddy the drummer, says it doesn't take much to get the kid cast keyed up. After all, they're excited about the fact that, as the song says, "you're in the band."

Whether they're blasting some preshow pump-up tunes on the drive to the theater, or goofing around with TikTok videos backstage, this summer gig is everything these young musicians were hoping for — and more.

Brady Davis, a 15-year-old from Las Vegas, has been strumming on guitar since he was 5 years old. It started with a Christmas gift from his mom and a love for classical guitar music. Later, he transitioned to electric guitar at age 11.

But it wasn't until Davis saw School of Rock the Musical on Broadway that he wondered if maybe he could take his guitar playing to the theatrical stage.

This season, he's fulfilling that dream, channeling his inner Jimi Hendrix and doing his best to model his inspiring guitar teachers.

"I always thought musical theater and playing guitar had to be separate things," Davis says. "In this show, the instruments are on stage and we are playing them."

In addition to all the great music, Griffith says she loves how modern this musical feels.

"Like, there's this one part where we're talking about things that make us annoyed and one girl says, 'parents getting on my TikTok,' which is funny because TikTok is a huge thing right now for the kids in the cast," Griffith says.

But don't worry, you don't have to be a TikTok master, or even a teenager, to enjoy this musical. As Jonathan Wagner — who plays the role of Dewey the substitute teacher — says, there are themes that appeal to people of all ages, particularly after the last year and a half or so.

"We've been having to deal with being told what do to and there's nothing we can do," Wagner says. "On the surface this show feels like it's about rebellion and middle fingers up in the air" — which may feel cathartic to some — "but it's a story about a guy who learns that he loves to teach… He learns that teaching can be greater than anything he thought a rock God could be."

School of Rock the Musical plays on alternating nights with The Count of Monte Cristo and Disney's Beauty and the Beast through Oct. 23 in the Tuacahn Amphitheatre. Get tickets online at www.tuacahn.org or by calling 435-652-3300.